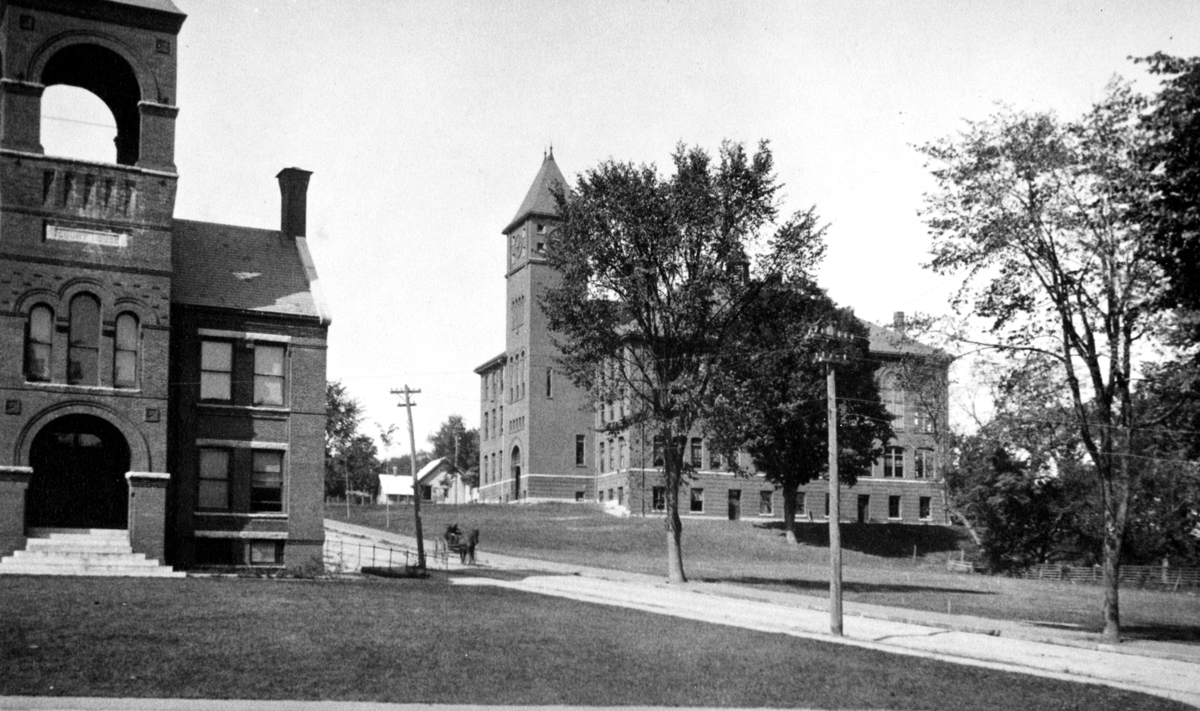 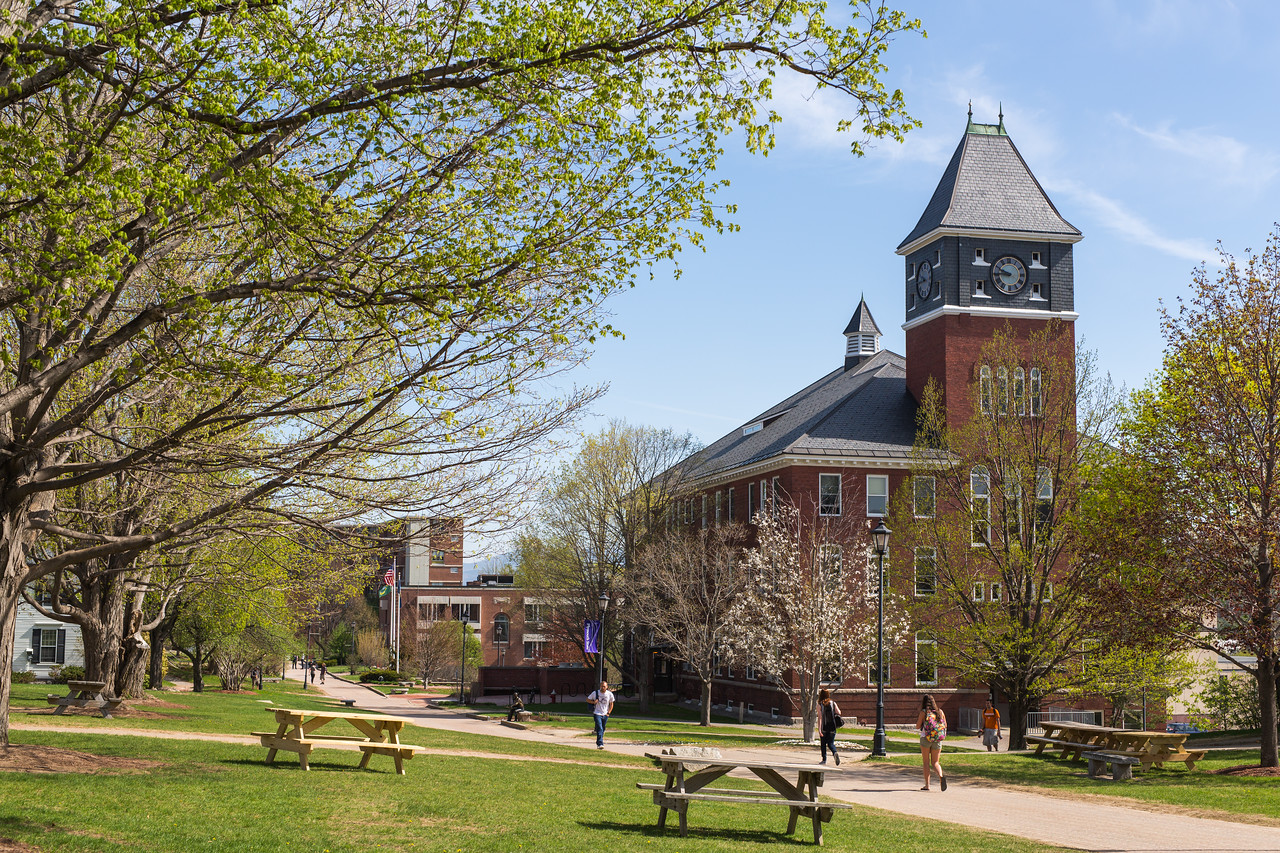 Rounds Hall - Today
A boarding house once stood on the site of Rounds Hall. After repeated and costly attempts to repair the two-story building it was decided that a new building was needed. Rounds Hall was dedicated in honor of Charles C. Rounds on August 28, 1891. This building was the main academic building in Plymouth for many years housing classrooms, the library and the town grade school and high school. The normal school classrooms were allocated to the top two floors, the library and Livermore Hall were located on the second floor and the first floor was taken by the elementary and high schools.

A much needed renovation completed in 1979 updated the building making it more economical and functional. Now the oldest academic building on campus, Rounds Hall today houses a mix of classrooms and offices. Rounds Hall has been home to one of Plymouth’s most interesting traditions. Every year, shortly before Halloween, two pumpkins appear on top of the spires above the clock of Rounds Hall. The first time it occurred was in 1975 and this mysterious tradition continues today. 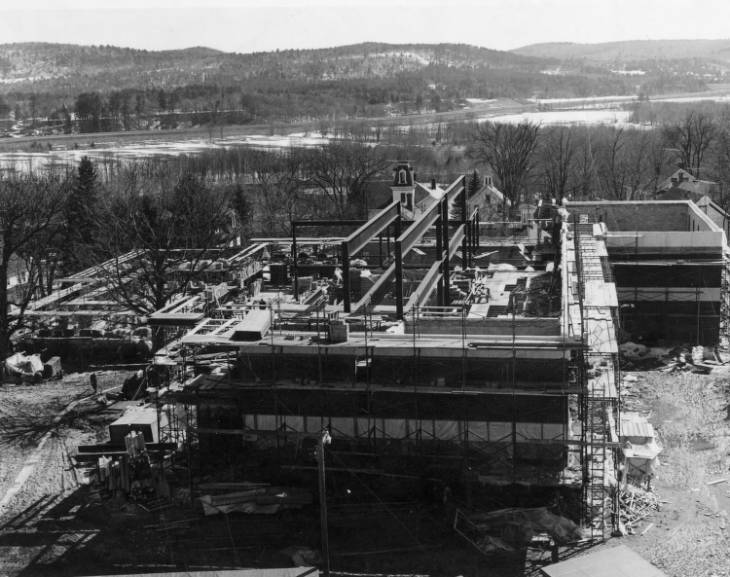 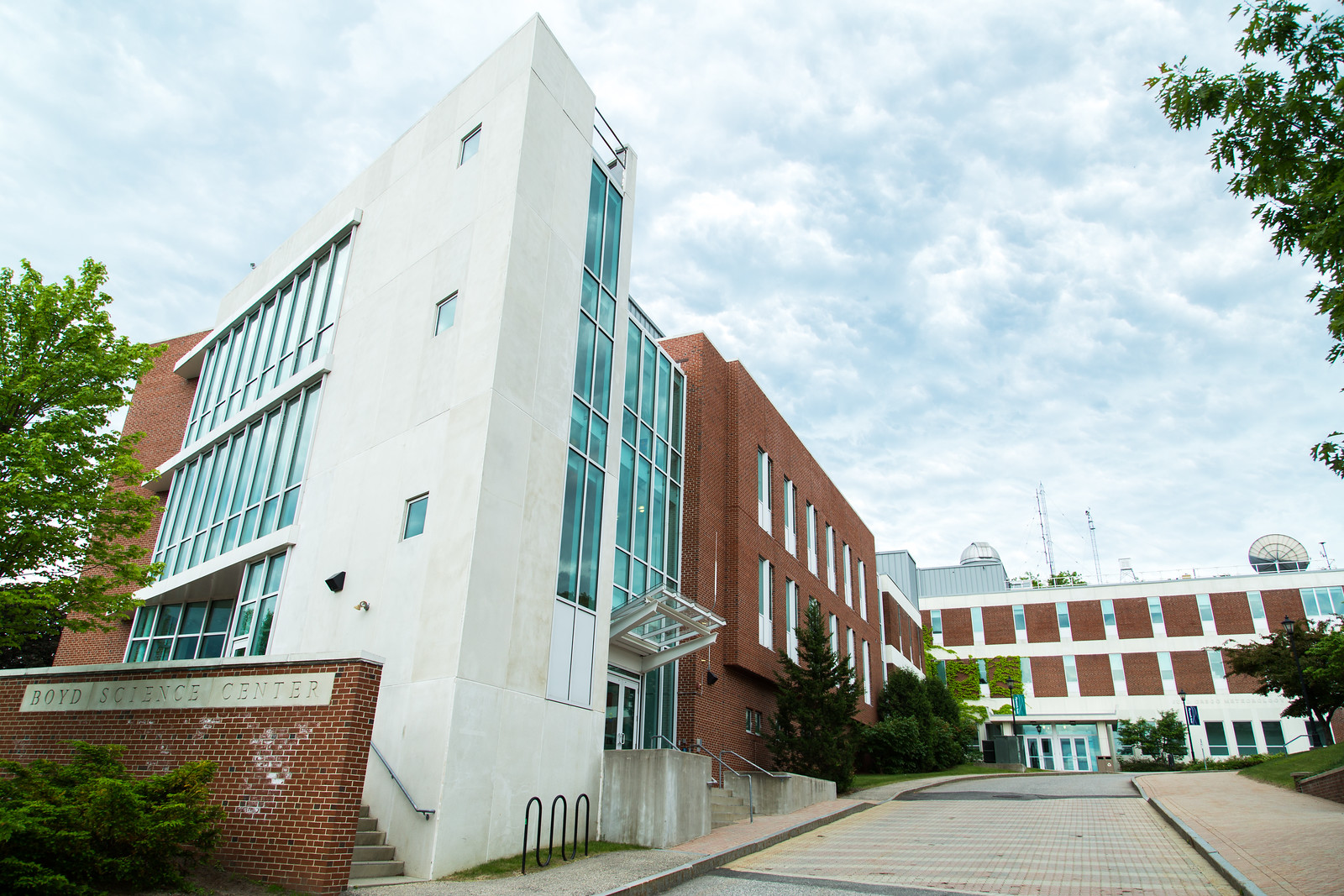 Boyd Hall was completed in January of 1968 at a cost of $1,654,000. The architect was Alonzo Harriman of Auburn, Maine. Boyd Hall included a diverse set of facilities including a greenhouse, a planetarium, and a TV studio, in addition to laboratory and lecture hall space.

Born in Lynn, MA, Robert L. Boyd (1893-1978) interrupted his college career to enlist in the army during WWI. After his service, Boyd finished his bachelors degree at Massachusetts State College (now the University of Massachusetts) and his Master of Education from the University of New Hampshire. Boyd was a professor of science at Plymouth from 1931 to 1961. A botanist and naturalist, Boyd devised nature trails in Langdon Park. He is remembered for the excellent rapport that existed between him and his students. 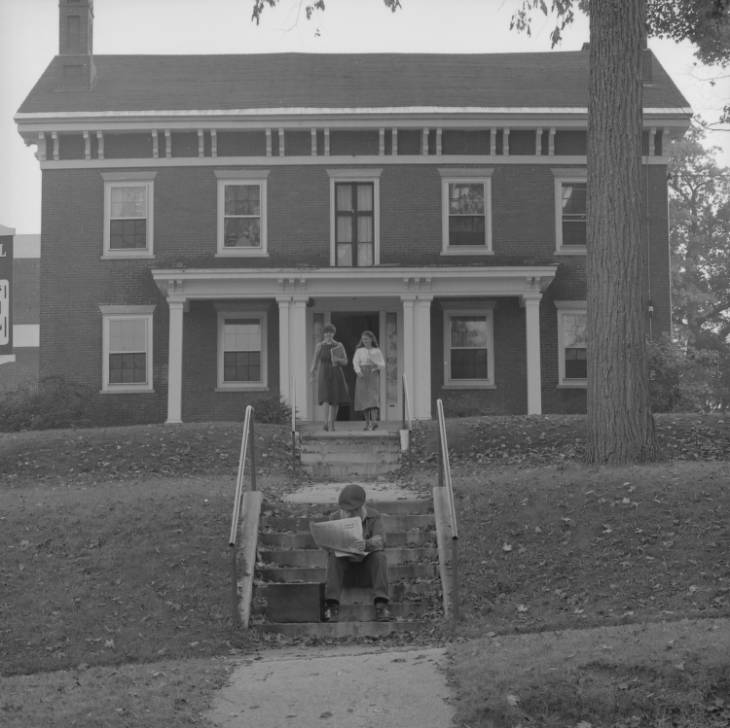 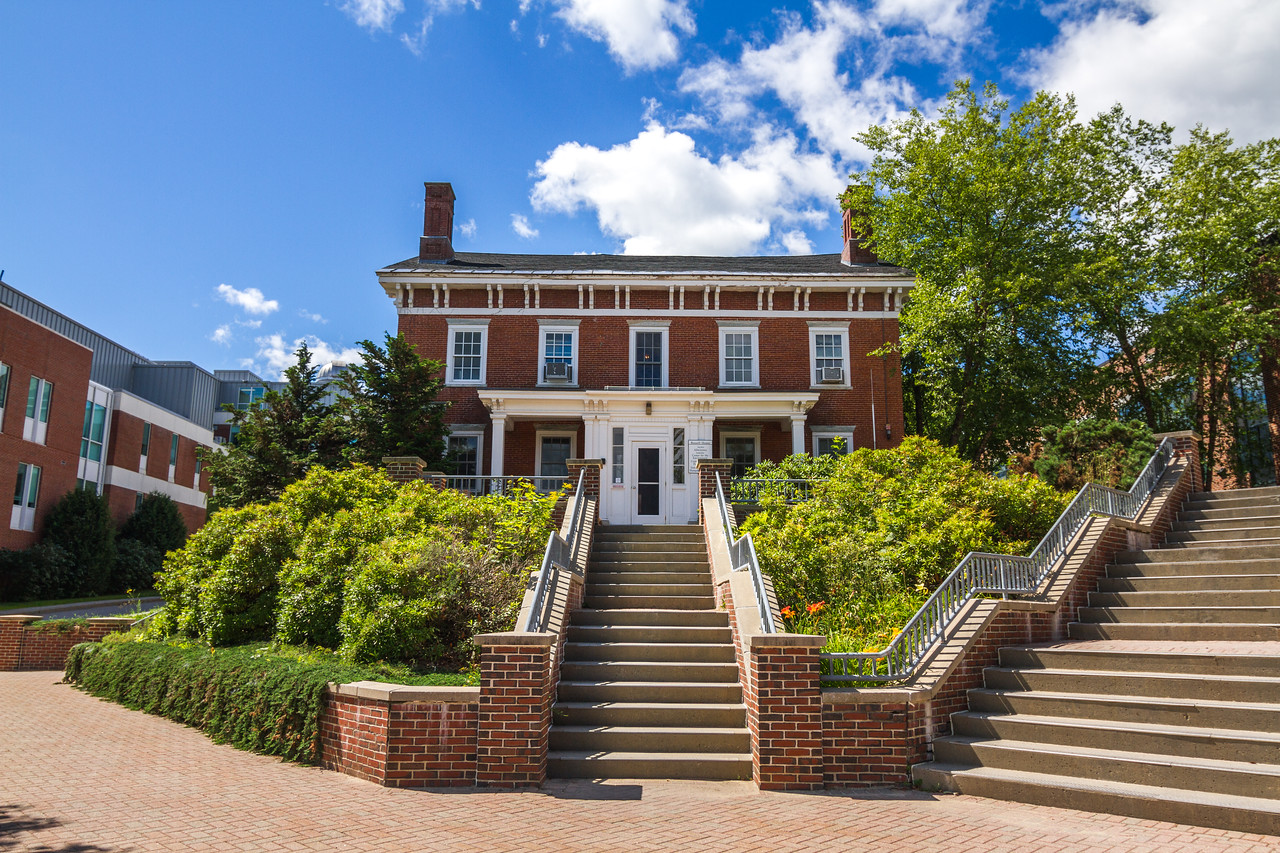 Russell House - Today
Russell House was acquired by Plymouth Normal School in 1926. For some time it was a residence for professors. In 1956, because of a demand for student residences, the house became a dormitory for senior women. In the fall of 1967 the house was once again transformed and used for faculty and administrative offices for the Social Science Department, as well as accommodations for Admissions, Public Relations, Alumni Relations and the Director of Student Teaching. Currently this house is home to Admissions. 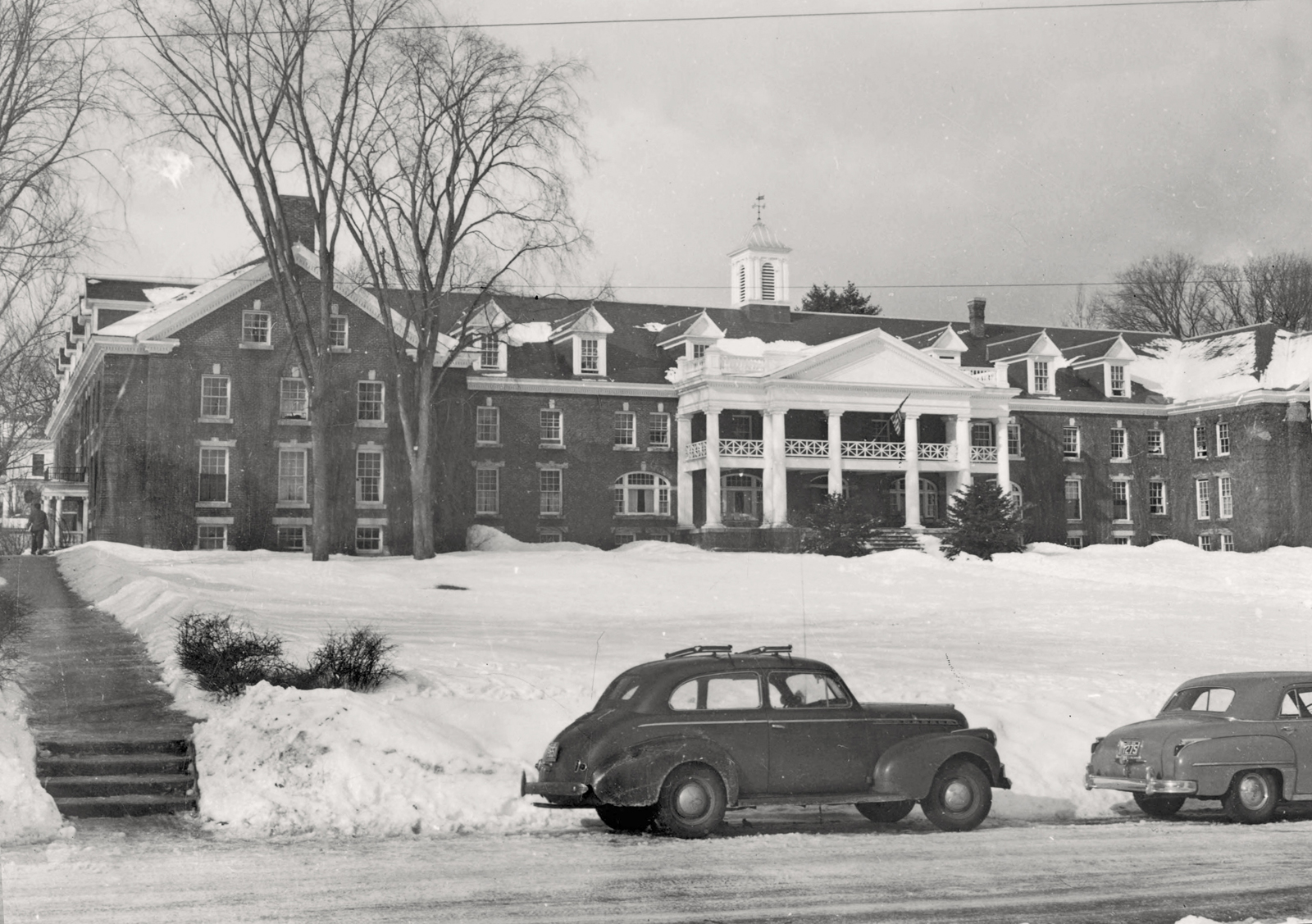 Mary Lyon Hall is one of Plymouth State’s oldest and most beloved residential halls. This dormitory for women opened on November 18, 1916. Normal Hall, one of the school’s earliest dormitories was located on what is now the lawn of Mary Lyon Hall; it was moved to facilitate the construction and later demolished.

At the time Mary Lyon Hall opened, standards were high and rules strictly enforced. Girls had to sign out after 6 p.m. and had to sign in by 11 p.m. The rooms were to be well maintained, and were frequently inspected. Beds had to be made by 10:00 a.m. and apparel was not to be scattered around the room. Guests were permitted only by the permission of the house director and were met with a fifty cent fee if they planned to stay overnight. 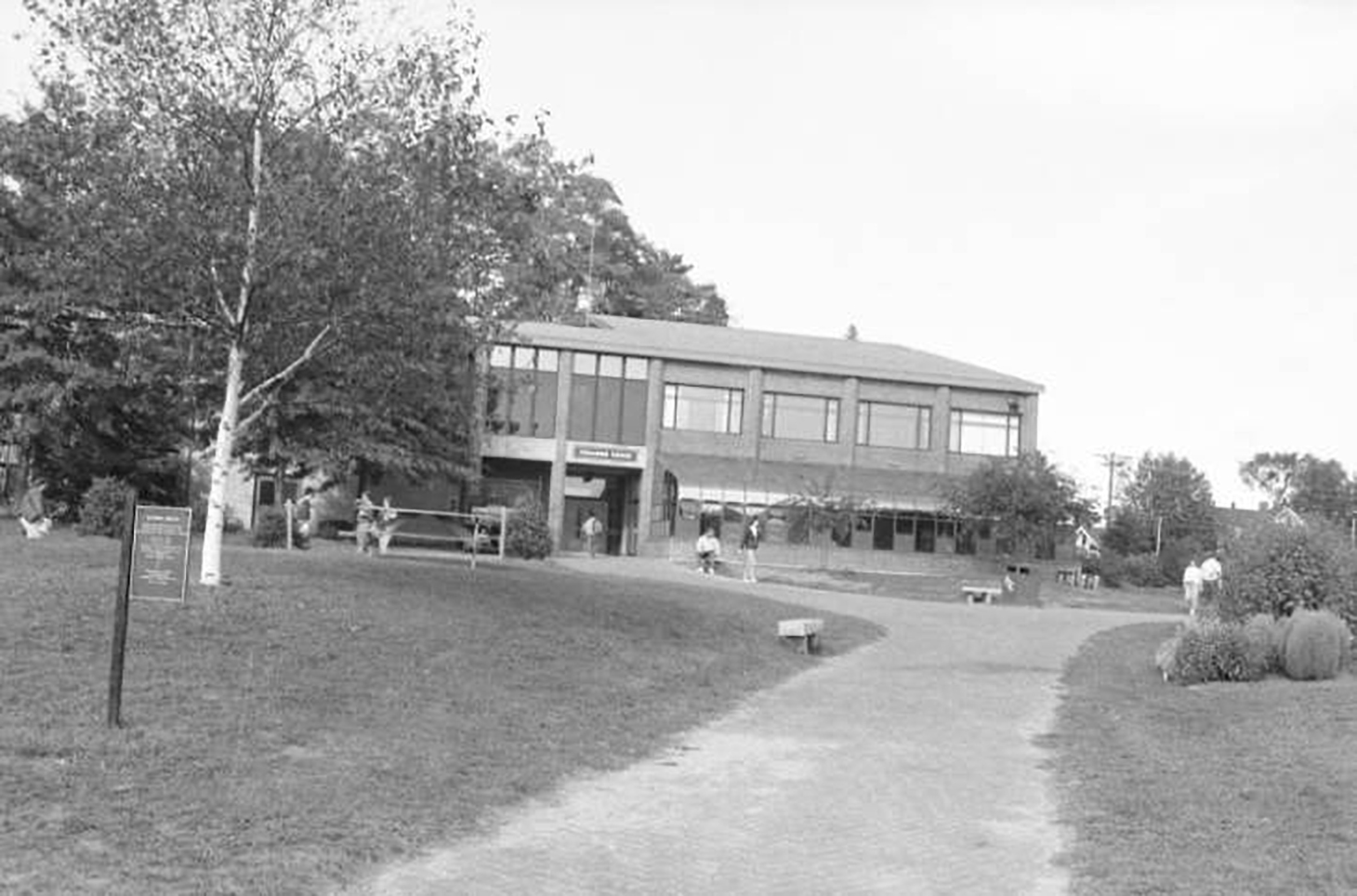 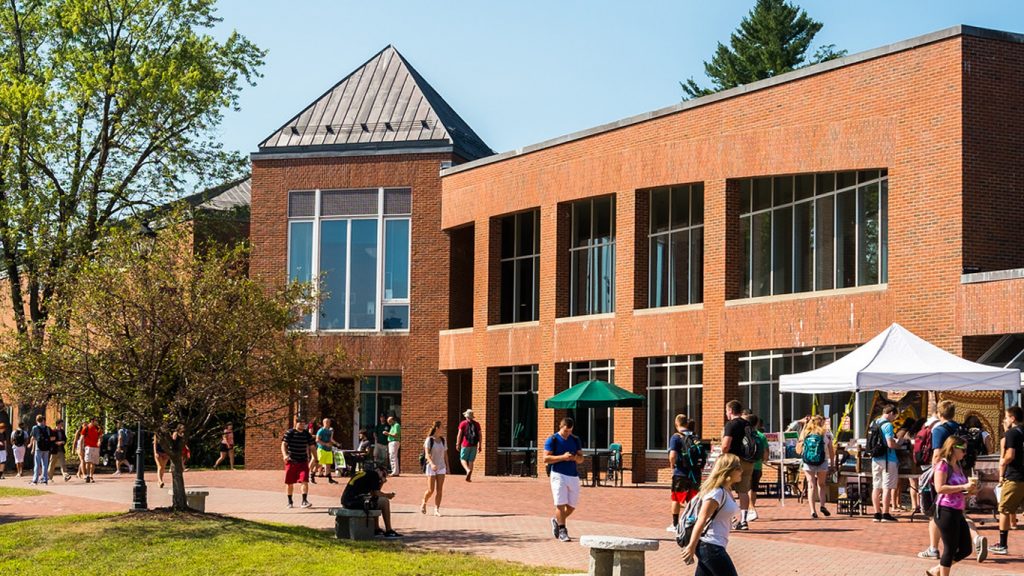 Hartman Union Building - Today
Formerly the vocational building of Plymouth High School, the structure was purchased by the college in 1970. After renovations were completed the Van A. Hartman College Union Building was reopened on Parents Day in March 1972. With the space for the snack bar, offices for student organizations, a game room, and meeting and lounge facilities, this building became the center of student social life. A second renovation was completed in 1995. A third renovation to the inside was completed in 2018. 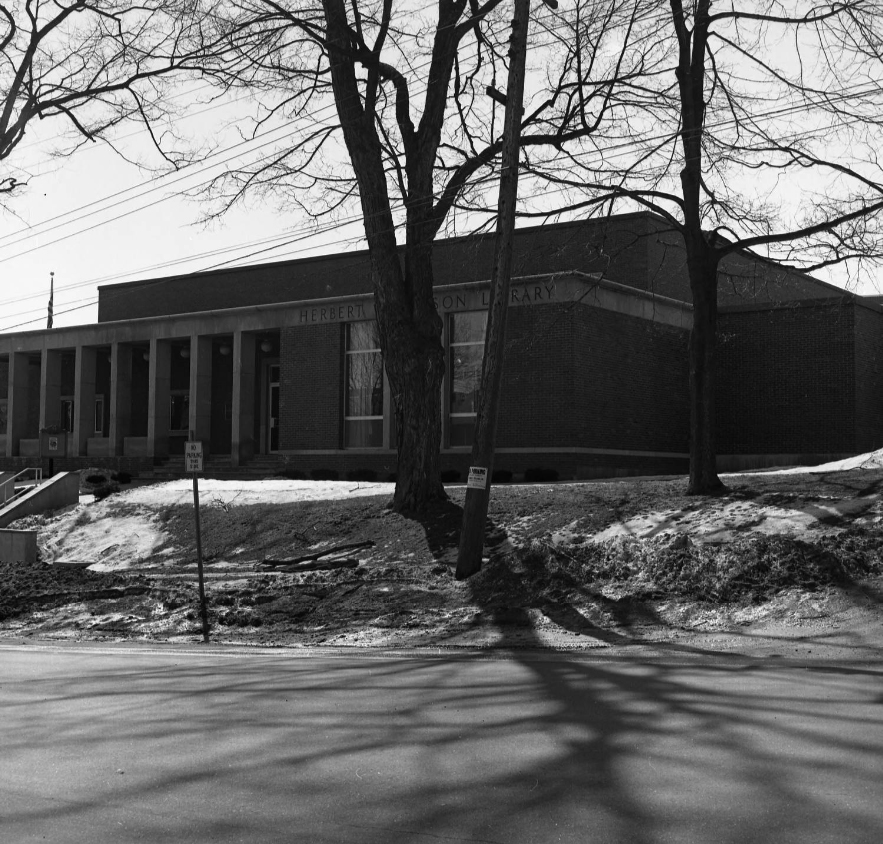 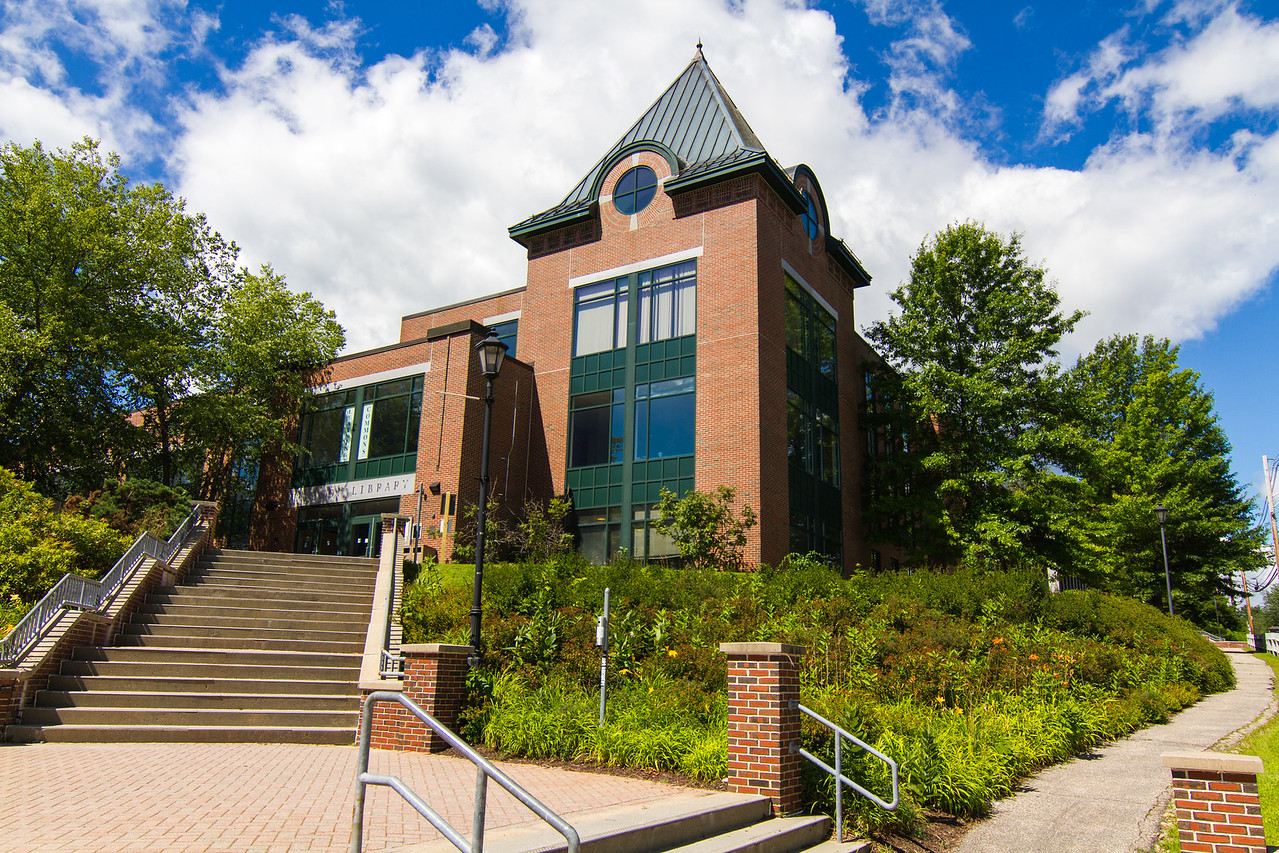 In September 1964, a new Lamson Library would open its doors to students, in a new building on the site of the former Pemigewasset Hotel property. When the new building was completed, students created a human chain to move books from Hall Hall to the new Lamson Library across Highland Street. In the 1970s, the rapidly growing student body created a need for more space and an addition was built that doubled the size of the library. Once again in 1996 an expansion and renovation project was undertaken. Library operations returned to Hall Hall until the project was completed in 1997. 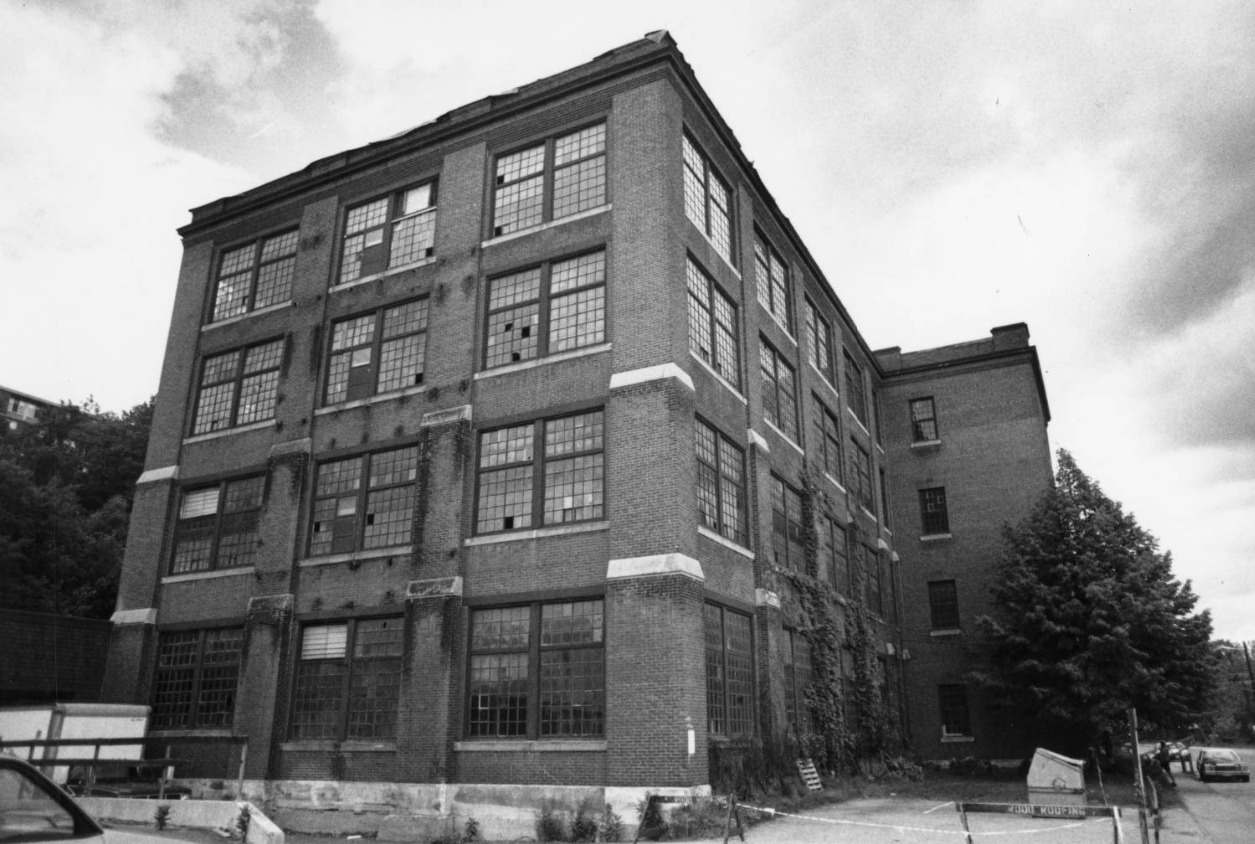 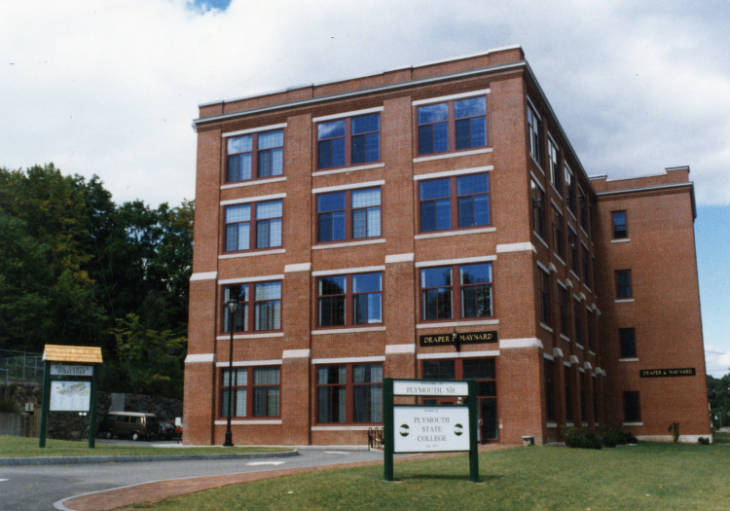 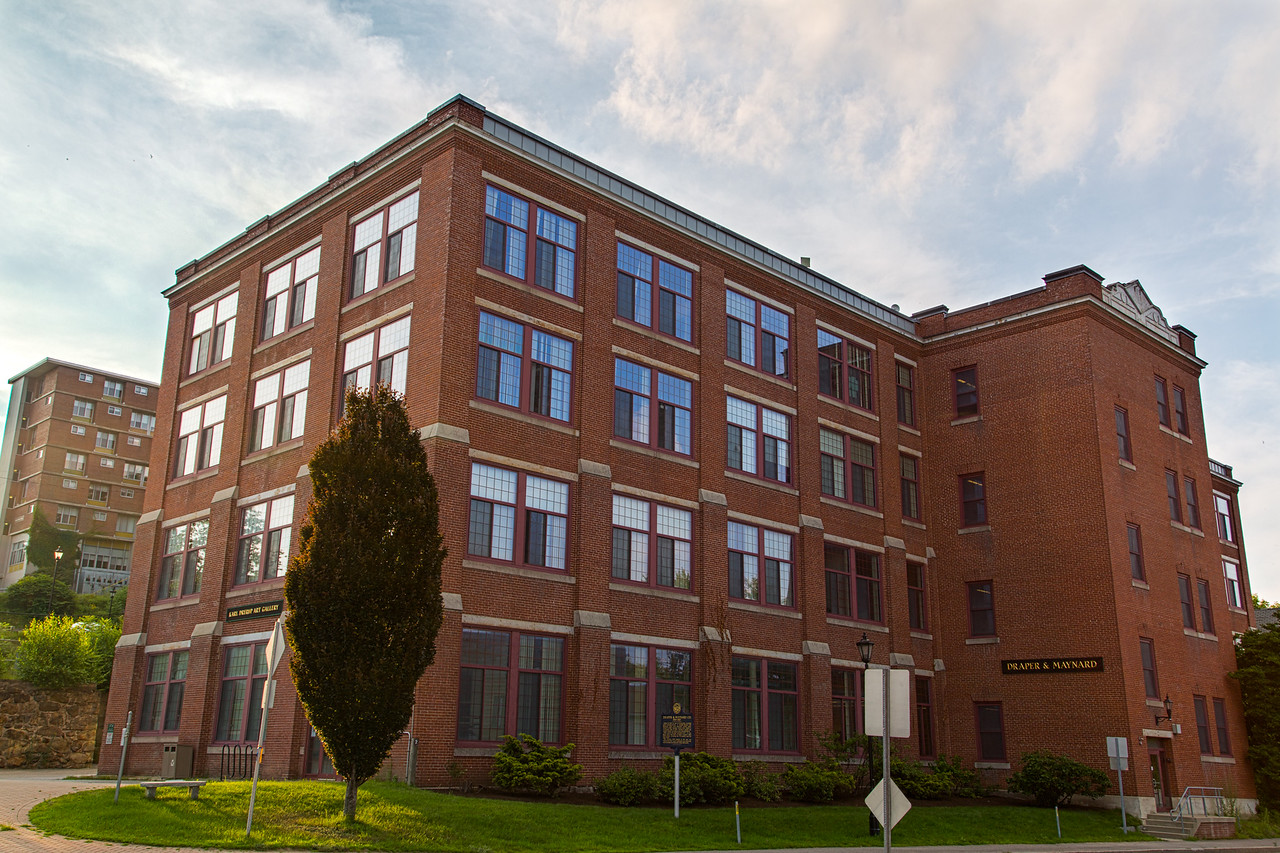 Established by Plymouth native Jason F. Draper and Loudon, NH native John F. Maynard, the Draper and Maynard (D&M) Sporting Goods Company was originally located in Glove Hollow in Lower Intervale and later in Ashland NH. Due to continuing growth, the operation was moved to its current location in 1900. In January 1911, a fire demolished the original, three story wooden building and the existing four story, brick structure was built by December 1911. Between 1914-1925 D&M was the site of several celebrated visits by professional baseball players, including the Boston Red Sox and Babe Ruth. The Draper and Maynard Company was sold in 1937 and the building changed hands twice (O.A. Miller – United Shoe Machinery Corporation of Boston and Rochester Shoe Tree) prior to the acquisition by Plymouth State in 1992.

Upon completion of the renovations in 1997 the building became the home for the Art Department, the Health and Human Performance Department and the Karl Drerup Gallery. With the construction of the Health and Human Performance Center the first and fourth floor of D&M were renovated for the new Robotics program. The first floor now houses a state of the art Makerspace. 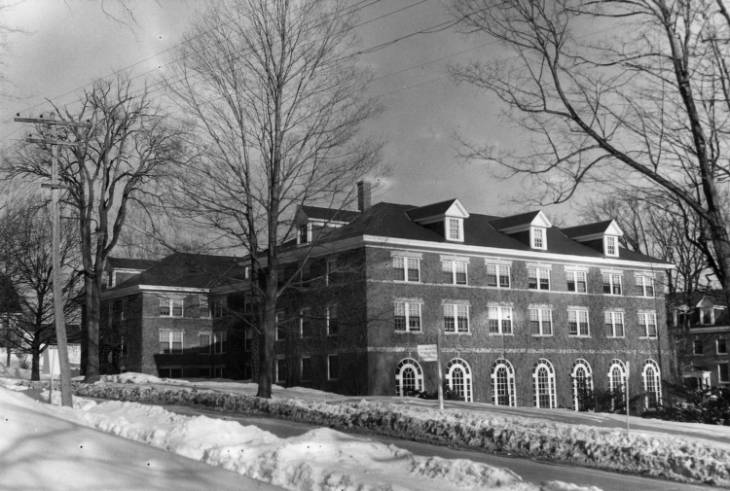 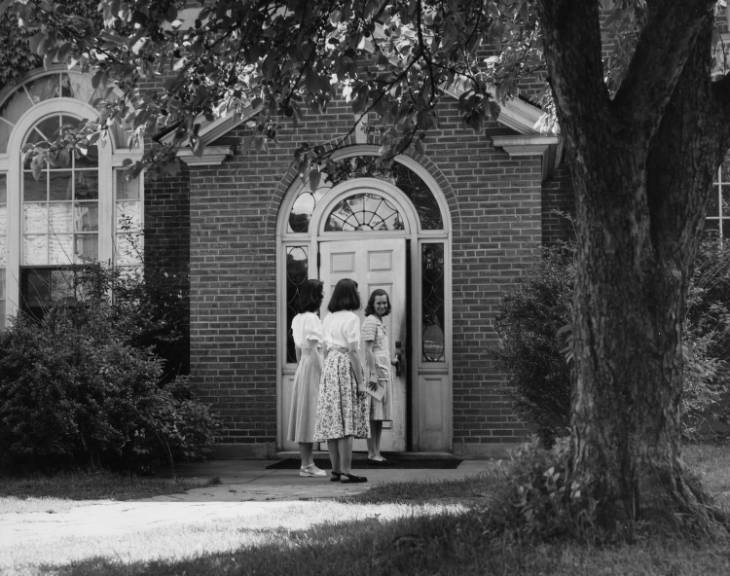 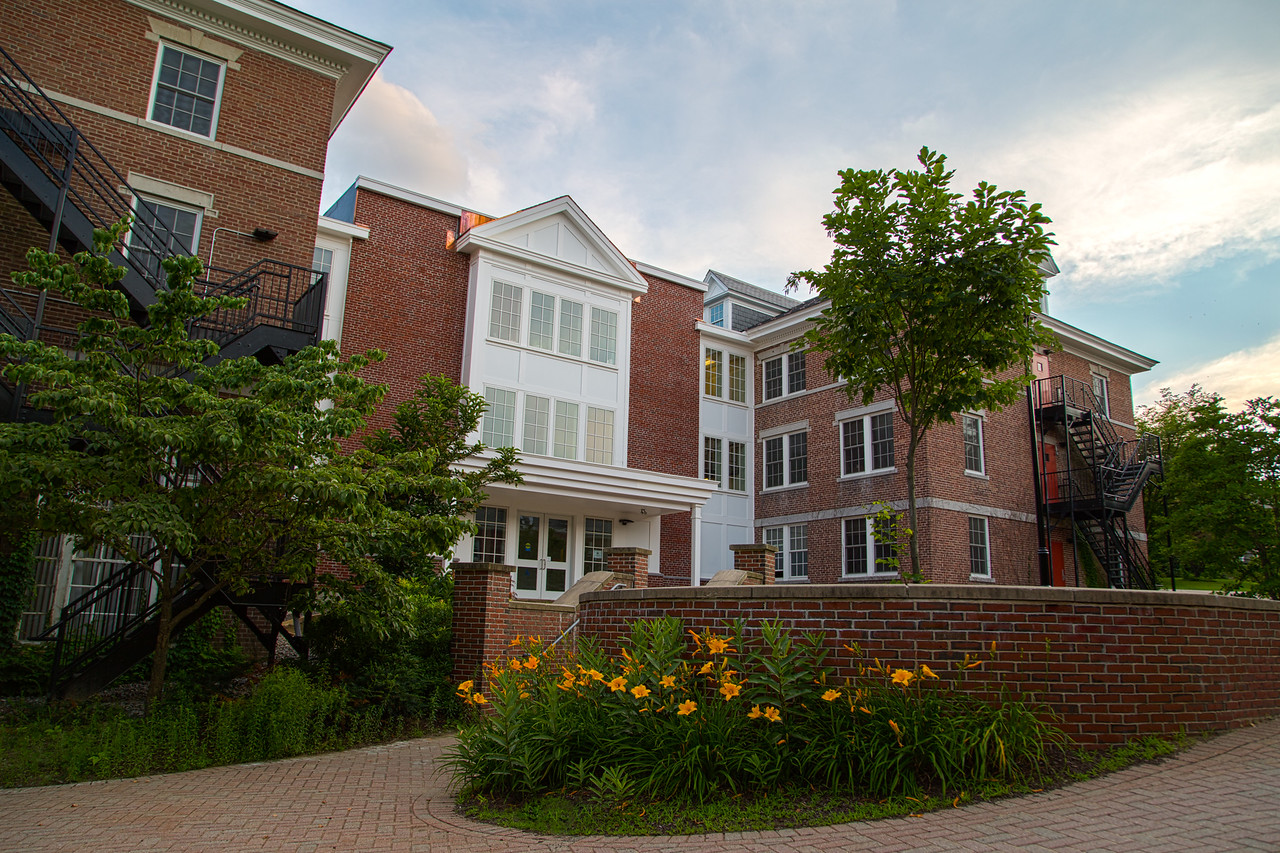 We will highlight additional buildings throughout the 150th celebration. Be sure to check back in on this page for more details and follow us on social media.