Skip to Content
This link open the search field

PSU’s Director of Alumni Relations Rodney Ekstrom ’09G said the awardees are the true embodiment of the University’s motto, “Ut prosim,” Latin for That I may serve. “Our 2016 award recipients live the Plymouth State motto in their everyday lives. By serving their communities, their profession and PSU, our award recipients reflect the caring and giving culture that our campus fosters. I’m proud to serve an institution with such a strong commitment to service, and honored to count these recipients among our alumni and staff.” 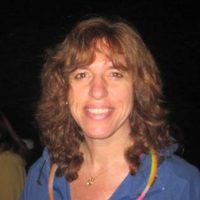 Established in 1963, the Distinguished Alumni Service Award recognizes alumni who have service the University or its alumni organizations through unselfish devotion and loyalty.

Debra Manus Love ’90 is a wife, mother of twins in elementary school, community health professional and volunteer. Despite having a full plate and a packed schedule, she is committed to maintaining strong ties to her alma mater and to the Tau Omega sorority, and encourages her friends, former classmates and sisters to do the same. 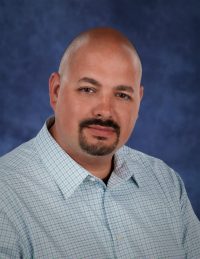 The Alumni Achievement Award recognizes deserving alumni who exemplify the University’s motto “Ut prosim” That I may serve through active participation in and special contribution to the activities of the PSU Alumni Association, their chosen professional field, or the improvement of society in general.

Chris Nadeau ’01 has created a fun and fulfilling career that has led him to his current role as director of global creative development for boy brands at Hasbro. When Hasbro launched a graphic design internship program in 2014, Nadeau decided to pay it forward by working with his former professor and mentor David Martin, head of the PSU graphic design program, to find the right students for the opportunity. Through the internship program, Nadeau, who often returns to campus to talk with graphic design students, has helped two young PSU alumni launch their careers at Hasbro.

“Chris has been incredibly successful in his career as an art director at Hasbro and yet has maintained extraordinary selflessness by always looking out for those who need an extra hand. There are countless talented designers that he has brought in to Hasbro and helped coach to improve their careers. Chris has helped to improve the prestige of the graphic design department by offering internship opportunities for PSU students at Hasbro. I know he will continue to give PSU students this opportunity for years to come because that is just who he is.” –2016 nomination submission. 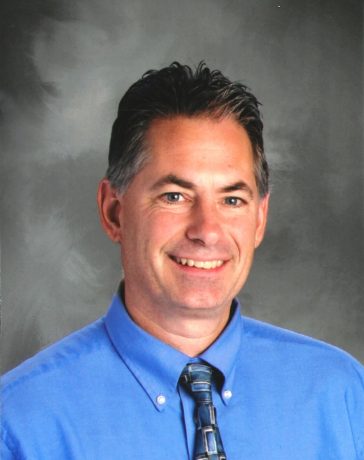 The Ut Prosim Award, established in 1998, recognizes an alumna or alumnus whose exemplary community service and contributions in business, professional, civic, philanthropic, volunteer or similar activities are worthy of recognition and have brought honor to Plymouth State University and exemplify the University’s motto “Ut prosim” That I may serve.

“He has maintained close ties to PSU, consistently guest lecturing in PSU education classes and always hosting PSU student teachers. One of his most outstanding accomplishments has been the financing/fundraising and building of a ‘Living Classroom’ greenhouse on school grounds so that school children can plant and harvest their own vegetables. To say he’s beloved by a generation of elementary students, parents and teachers is an understatement. My family has been touched by his very personalized approach to assure every single child in his school is receiving exactly the right challenges and supports to succeed.” –2016 nomination submission.

Established in 2008, the Recent Alumni Award of Excellence is awarded to alumni who have graduated within the last 10 years, in recognition of professional excellence and outstanding service to the University, association, community and/or nation.

Five years into an impressive sales career in Boston, Brett Lucas hasn’t forgotten his roots at Plymouth State. His service to his alma mater is ensuring that current students get the best education they can and that alumni stay connected to the University and to each other.

“Brett has been actively involved in the Sales Development Program and MAPS post-graduation. He has worked with me in developing the New Panther Business Club and bringing value with attitude, marketing, technology and his time and energy.

He is actively involved in the Adaptive Ski Program at Loon Mountain, and gives his all to his charities, community, workplace and PSU.” –2016 nomination submission. 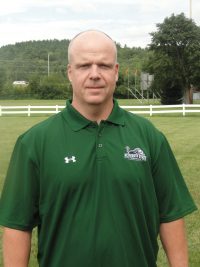 Established in 2008, the Faculty/Staff Award of Excellence is awarded to a faculty or staff member who exhibits a commitment to supporting alumni and students’ connections in a campus environment.

Coach Paul Castonia is beginning his 15th year at Plymouth State and has re-established the Panthers as one of the top programs in New England small college football. PSU enjoyed four straight winning seasons under Castonia from 2007–10, including three straight post-season berths from 2007–09. Plymouth State captured the New England Football Conference Championship in 2008 and competed in the NCAA Division III Championship Tournament.

Castonia coached the Panthers through the final season in the Freedom Football Conference, two years of being a Division III Independent, seven years in the New England Football Conference and helped usher Plymouth State in as a member of the Massachusetts State Collegiate Athletic Conference (MASCAC) in 2013.

The Joe Yukica Chapter of the National Football Foundation recognized Castonia’s impact on New England college football, presenting him with the Andy Mooradian Award for Outstanding Contribution to Amateur Football in 2015.

Even with all of these honors and achievements, Castonia’s commitment to PSU’s success goes well beyond football. Each year, he hosts an alumni networking dinner where PSU seniors meet alumni for career networking and to discuss life after football. He has hosted this event in Manchester for several years, and it has become a tradition that alumni and football players look forward to every year.

“Coach Castonia understands the D-III athlete. Academics comes first, football second, and for Paul, football is both an end in its own right and a metaphor for life. He takes pride in preparing young men for what they will face off the field, and he provides opportunities for them to pursue life-long success.” –2016 nomination submission. 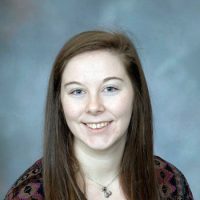 Established in 2008, the Graduating Senior Award of Excellence is awarded to a graduating member of the incoming alumni class who exhibits outstanding campus and community leadership while enhancing alumni activities.

Anne Marie Vaillancourt ’16 has an impressive record of service that has already earned her prestigious awards and well-deserved recognition.

Vaillancourt was recently honored with the Presidents’ Leadership Award, which recognizes students or student groups who have made outstanding contributions to civic engagement. Her service includes coordinating PSU’s Angel Tree Project, a holiday gift program for needy children, and interning at the Whole Village Family Resource Center.

She was also named a 2016 Newman Civic Fellows Award recipient, a recognition bestowed on college student leaders who have demonstrated an investment in finding solutions to challenges facing communities nationwide. As such, she is considered to be among the next generation of the nation’s public problem solvers and civic leaders.

Established in 2008, the Outstanding Graduate Alumni Award is awarded to a graduate alum who, through earning an advanced degree, has been able to impact their profession, community or society in a positive and meaningful manner.

It isn’t often when someone new to a profession is hailed as outstanding, but that’s exactly what happened to Kelsie Brook Eckert ’13G. Just a few years into her career as a history teacher at Moultonborough Academy, Eckert was nominated for the Patricia Behring Teacher of the Year Award, which is presented by National History Day and recognizes dedication and excellence in history teaching. That nomination put her in the running for the New Hampshire Teacher of the Year Award, which she won in 2015—a mere two years after launching her career. It’s an honor that inspires her every day to work hard and to help her students reach new heights.

The PSUAA’s mission is to engage all alumni in meaningful ways to support the University, its mission and its students. Plymouth State University has more than 30,000 living alumni.