Four Coconuts and a Dream 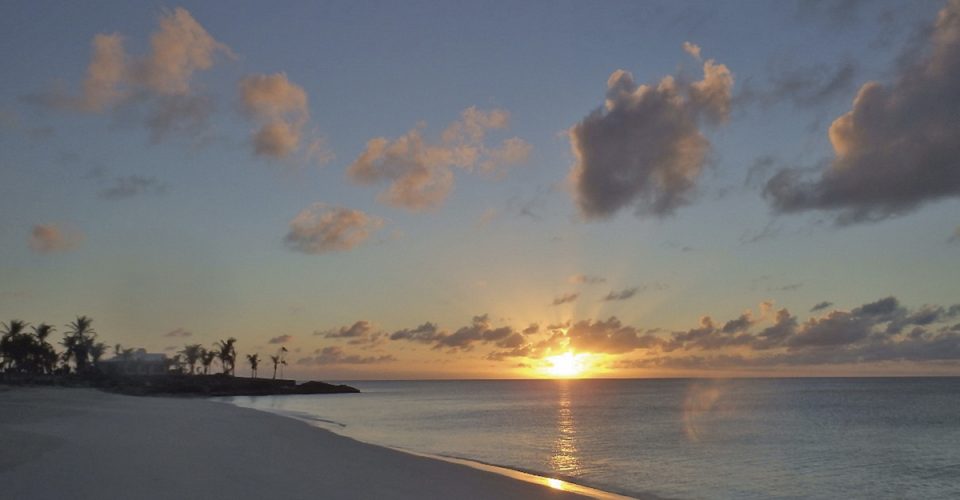 »
Spearfishing in the Bahamas. Dodging midnight lightning in Panama. Raking coffee beans in Costa Rica. Toutou ’98 and David Marsden ’97 are living a life that most only dream about. Leaving behind their house, car, and possessions in 2014, the couple set sail from Hilton Head, South Carolina, with their two young children, and have since had amazing experiences across 23 countries on a catamaran called Four Coconuts.

Both Toutou and David caught the travel bug early on. Toutou spent her junior year as a marketing major studying in Thailand, followed by a whirlwind four-month backpacking trip around Asia. When she came home, travel had become an indelible part of her. “I made a promise to myself it was something I’d keep doing,” she says.

David’s wanderlust began even earlier, on childhood vacations in the Caribbean. Walking the docks, his family would admire boats and point out the ports of call listed on the stern of each, imagining the adventures and exotic locations each vessel had visited. David discovered that life at sea was a real possibility.

After 17 years spent living, working, and starting a family in the Boston region, David and Toutou began to experience that familiar itch to travel. Hearing about a couple who had moved to Costa Rica to run a bed and breakfast sparked the idea of starting their own unconventional lifestyle. They began planning in earnest for their family sailing adventure. It took four years of saving, preparation, and countless hours spent devouring every scrap of information they could about sailing. Most of their friends and family were supportive, but they had plenty of questions about life on the water. What would they do about hurricanes? How would they eat?

As Toutou says, pursuing a life of freedom and passion is something many people want to do, but it’s easy to let uncertainty, obligations, and fear become excuses not to take action. The Marsden family decided they simply had to grab their courage, set a date, and go.

Toutou says one of the most gratifying aspects of preparing for the sailing trip was helping ignite the fire for others to go after their goals. The message they’re sharing now is that anyone can do the same. It’s all about realizing you can do something different and then moving forward, even if the unknown seems scary.

And there have been scary moments. Early in the voyage, the Marsdens were surrounded by three ominous water spouts. Other times they witnessed lightning strikes that were a bit too close for comfort. But these brief adrenaline-pumping incidents are balanced out by the many sweet moments. Discovering a secluded hot spring in the rainforest and sharing its welcoming warmth with friends. Lying on the Four Coconuts deck as a family and counting the shooting stars overhead. These magical times are what make the Marsdens’ experience worth it. It’s not always paradise on the Four Coconuts … but it sure beats a slushy 90-minute commute in New England! Photo courtesy of Toutou and David Marsden.

“We grew up thinking that we had to work until we’re 60, retire, and move to Florida,” David says. But as they’ve pursued their goal, they’ve met more and more people living alternative lifestyles and doing just fine. “We can have comforts without the traditional corporate job,” he says. “We’re far more laid back than when we left. We feel lighter with less stuff, more nimble.”

They grew accustomed to a simpler lifestyle, one with nature playing a major role in their daily experience. On the boat, they relied on solar energy and wind to power them, and were conscious of using less water. This is a way of resourceful living they’ve grown to love. Toutou says, “A full entry in our travel blog is better than 50 different types of toys. Full closets mean less to us than full memories.”

Meeting and interacting with people from across the globe, the Marsden children have learned about how others live, and shared their own experiences in presentations to travelers and friends. “Our kids have become vertically socialized,” David says, and are very comfortable with all ages, cultures, and backgrounds. Unlike many their age, Maya and Tyler are not inundated with TV and digital media, but instead have grown in their own communication skills. When they meet with other cruisers, David says, they can be found happily discussing dinghy engines, weather, current events, and even the merits of various anchorages. Nine-year-old spearfisher Tyler forgoes Xbox and Wii, preferring to create his own adventures in real time. Photo courtesy of Toutou and David Marsden.

“We wanted to go when the kids were young,” David says, at that perfect age when the “kids are still involved with us and us with them. These are their formative years; we can really start shaping who they will become.”

New Adventures on the Horizon

But all good things must come to an end. In March the Marsden family docked in the Palm Beach area and began making preparations to sell their beloved catamaran so they can set out on their next adventure. As spring stretches into summer, Toutou, David, and the kids will hop in a different kind of vehicle—a car!—and spend several months heading west on a grand road trip. They want to explore national parks, major cities, and catch up with other sailing friends they met out on the water.

Wherever this family travels, their time at sea will always be a part of them. On a recent car trip, shortly after coming ashore in Florida, the kids reacted with amazement at the speed of the vehicle.

Tyler, ever the sailor, exclaimed, “we must be going at least 90 knots!” ■ Amy Dresser Hartle ’10

To travel vicariously with the Marsdens, check out their blog!

Amy Dresser Hartle ’10 is a freelance writer and travel blogger. As self-proclaimed “digital nomads,” Amy and her husband Nathan publish Two Drifters, a couples travel blog about romantic and meaningful adventures. This remote work allows them to travel anywhere they choose, from Scotland to Australia to Morocco. The Marsdens’ story inspired them, and reminds them that a life of travel can be possible even as they grow their own family.

From Korea with Gratitude 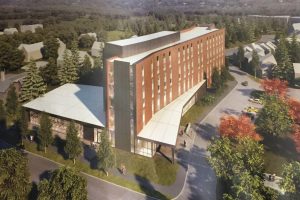 Starting fall 2017, Plymouth State students will have a new residence hall to call home. To accommodate its growing enrollment,...
Copyright 2019 Plymouth State University
Back to top