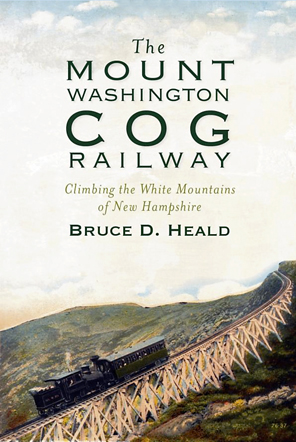 As the most senior crew member aboard the MS Mount Washington (a purser since 1964), local historian, professor, and award-winning author of dozens of books about the history and heritage of New England, Bruce Heald is in a unique position to share with readers the historic engineering marvel that is the Mount Washington cog railway. Since 1869, this charming railway has been carrying passengers to the 6,288-foot summit of picturesque Mount Washington. In his latest book, Heald ties together the history of its construction with the romance of the railway. 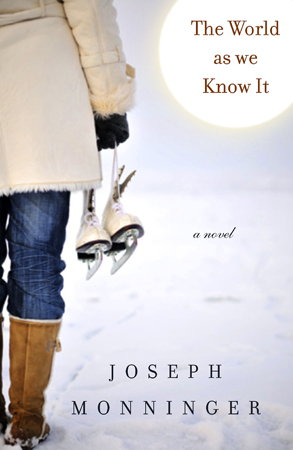 The World as We Know It

Framed by a near-tragedy and an actual tragedy, The World as We Know It tells the story of two young brothers and the girl they save from drowning in an icy New Hampshire river. The three lives continue to wind together, bound by the friendship that grows from this incident.

“I always ask my PSU students what their stories are about,” Monninger says. “Not what happens, but what they are about. The World as We Know It is about the loss of Eden. It was inspired by a skating day on Gregory Pond when I was a young boy, and by a home I once owned on an island off the coast of Cape Breton.”

Joseph Monninger’s love for New Hampshire and nature are always evident in his latest novel, as is his understanding of the fragility and capriciousness of life. As an acclaimed and award-winning author of several young adult novels in addition to short stories and nonfiction, Monninger also has a particular knack for grasping the complexities of young hearts and minds. 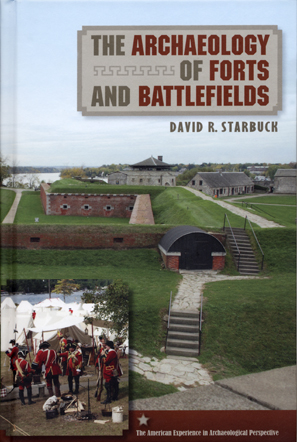 The Archaeology of Forts and Battlefields

Author David Starbuck is clear in his intentions for modern battlefield archaeology and his books. “[W]e certainly do not want to conduct the umpteenth armchair analysis of the motives behind a particular battle,” he writes. Instead, in this, his most recent work, Starbuck presents a highly readable archaeological survey of American war sites, describing ways archaeologists use scientific techniques to understand the lives that were lived and lost during war. He writes, “Modern archaeology is very much a study of the lives of ordinary soldiers and officers.” The history that archaeology uncovers is full of stories; Starbuck embraces the narrative in his case studies about fascinating—sometimes even spine-chilling—moments during each major battle fought on American soil. 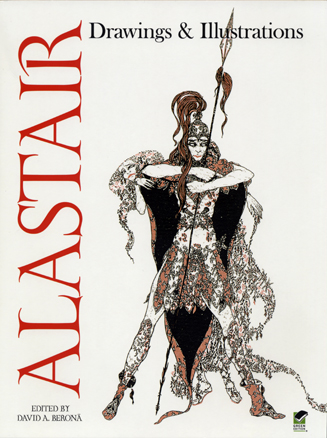 Edited by David A. Beronä, dean of Lamson Library and Academic Support Services

“Haunting genius,” “dazzle … and a great deal of melancholy,” “singularly maladroit with critics” … Fin-de-siècle illustrator Baron Hans Henning Voigt, a.k.a. Alastair, was about as far removed from convention as any artist working in the Decadent movement. Alastair illustrated books by the likes of Oscar Wilde, Edgar Allen Poe, and Gustave Flaubert, and his work was compared to that of Aubrey Beardsley and Edward Gorey. In the introduction to this collection of 110 of Alastair’s illustrations, editor David A. Beronä writes: “Alastair’s drawings are sometimes disconcerting and strange, but they prod our fascination and uncover a glimpse at the human soul.” Over the decades, Alastair’s drawings have been mostly forgotten; Beronä hopes to bring this important book illustrator back into the light. He quotes art historian Philippe Jullian: “His drawings—more cruel than Beardsley’s—could illustrate a fashion magazine in Hell, with the Marquis de Sade as editor-in-chief and La Casati as its only model.” Artists, historians, and collectors will be thrilled to discover the art of Alastair in this gorgeous retrospective. As Beronä says, “each drawing has a spellbinding quality … you do not want to be released!” 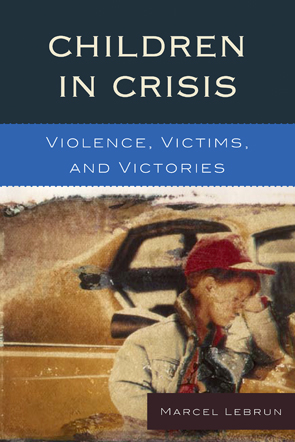 For many children, the decision to leave home and live on their own is a choice of survival. Staying at home may mean abuse, neglect, or worse at the hands of their parents or guardians. Children in Crisis offers practical insights, strategies, and solutions to help adults help young people.

“I wrote this book to guide educators, parents, and anyone who works with children and adolescents to become more proficient in their skills,” Lebrun says, “but also to increase their tool kit of intervention that leads to a better quality of life for kids who have had tough lives.

Marcel Lebrun is a world-renowned expert in the field of emotional behavior disorders. He has published several books on issues of children in crisis, and has more than 30 years of experience in public classroom teaching, special education, and clinical mental health counseling.

For more about Lebrun, see Faculty Forum in this issue.

Linking to the Real World