Sport is a metaphor for life: winning or losing are secondary to the passion that one brings to bear. Our students’ exceptional work ethic and school pride inspire Panthers to distinguish themselves both on and off the field.

It’s fairly common for a coach to be there for an athlete during a difficult time, but it is rare when the roles are reversed. That’s exactly what happened this season for diver Casey Allaire ’20. 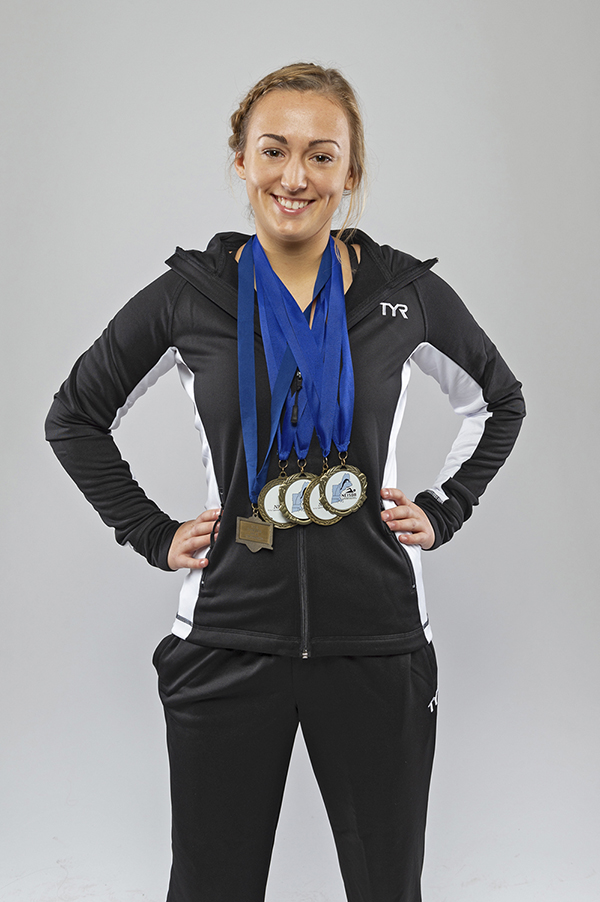 After a dominating sophomore season, in which she set and reset six school records and claimed the New England Intercollegiate Swimming and Diving Association (NEISDA) Championship at both 1-meter and 3-meters for a second straight year, the stars seemed aligned for a dynamic junior season. That is, until Head Swimming and Diving Coach Al Switzer, who had led the program for 27 years, announced his intention to retire.

“After winning last year, I had plans to learn new dives, but with our coach retiring I wasn’t really sure how the season would go,” Allaire says. “But he told me he wanted to volunteer to work with me. He just loves the sport, and we have such a close relationship that I knew he would be there every day.”

The new head coach, Anne Barbeau, knew of Switzer’s extensive experience and asked him to stay on to work with Allaire. Switzer agreed.

Over the summer, Switzer’s wife passed away and Allaire gained a new perspective. “I was really nervous for him and his well-being after his wife passed,” she says, trying to hold back tears. “I was worried about him, but after that we bonded more than we ever had.”

Once the season began, Switzer was at the pool every day to work with Allaire as the duo prepared for each meet. Allaire felt like Switzer needed diving more than ever. “In a way, I was competing for him because I felt like he needed someone there,” she says.

She continued to impress, racking up wins and capturing a Little East Conference title on the 1-meter board—the first of her career. The final meet of the season was the NEISDA Championship. Switzer, who had fallen ill, was unable to travel with the team. It would be the first time since Allaire arrived on campus that he wasn’t on the pool deck during one of her meets.

“NEISDA, with coach not able to be there, was difficult,” Allaire says. “I was relieved that he had family with him, but I was still worried about him.” Other coaches at the meet offered Allaire tips during her practice dives, as she essentially went from one coach to many, and she and Barbeau sent photos and videos to Switzer so he could still be a part of the competition.

“I don’t really go into championships expecting to win,” she says. “And I also wasn’t as concerned with how I performed compared to other years. I just wanted to do the best I could that day.”

The results were good—a silver medal in 3-meter diving and a bronze on the 1-meter board—and helped lead the Panthers to their highest finish at the meet in five years.

“I don’t know what next year will look like,” says Allaire. “If Coach Switzer is back again, I know he will have lots of things in mind for me,” she chuckles. “I want to make it a good last year.”

In the winter of 2017, sophomore middle-distance runner Warren Bartlett ’19 was hoping to qualify for the NCAA Indoor Track and Field Championships in the mile. He had just two meets remaining to post a time to put him among the top 15 in the nation, a requirement to reach the national championship meet.

Bartlett was running at the New England Championships at Tufts University when he lost a shoe during the race. “I just kept running, not knowing that my foot was bleeding all over the track,” he says. “After the race the athletic trainers were pulling pieces of track out of my foot and my skin was all torn up.”

He finished dead last in the race with a time of 4:42.45, well off his typical performance, and wasn’t even sure he’d be able to finish out the season. He healed quickly, though, and two weeks later he returned to Tufts for one last chance to qualify for the NCAAs. He posted a season-best time, crossing the finish line in 4:14.45, but missed out on a chance to compete for a national championship by just 0.74 of a second.

The devastation only fueled Bartlett’s desire to qualify as a junior. And that he did; only one day shy of a full year later, Bartlett set a PSU record running on the same track with a time of 4:12.87. It was the eleventh-fastest time in the country, earning him a spot at the nationals.

At the NCAAs he finished the preliminaries with a time of 4:14.67, finishing sixth in his heat and thirteenth overall. This was a great accomplishment, but not good enough to advance to the finals.“I was angry that I didn’t get through prelims because I knew I could have run faster,” he says. “I didn’t go with my typical racing strategy in the prelims. It was a slow race and then they kick it in at the end, and that’s not my style.”

When he qualified this year, he decided he would run the race on his terms. Having been on the sport’s largest stage before, the second time was much less intimidating and he came into the preliminaries with a different mindset.

“I just told myself that those other guys were no different than me,” he says. “That gave me the confidence to go out there and lead the race with a fast time.” The result was a time of 4:09.61, a new school record and personal best, the second-fastest qualifying time and a spot in the finals. “What’s funny is in the last 50 meters I kind of pulled back a little bit because I was already in a qualifying spot, so I could have run even faster.”

Twenty-four hours later, Bartlett was back on the track for the finals. Needing a top-eight finish to achieve All-America status, he led the field over the first half of the race, then held on for a seventh-place finish. His time, 4:09.91, was the second fastest of his career and just 0.30 of a second off his school-record pace from the day before.

“It was a lot of closure to my indoor career,” he reflects. “I knew deep down what I could run. I wasn’t just doing it for myself—I wanted to get All-American to make it honorable for Plymouth State and my family. I couldn’t have done it without the help of so many other people, including teammates, family, and coaches.”

To run back-to-back 4:09 miles is impressive in its own right, and to run them 24 hours apart is remarkable. But to do it on collegiate athletics’ biggest stage, after missing opportunities in each of the previous two years, demonstrates true perseverance. 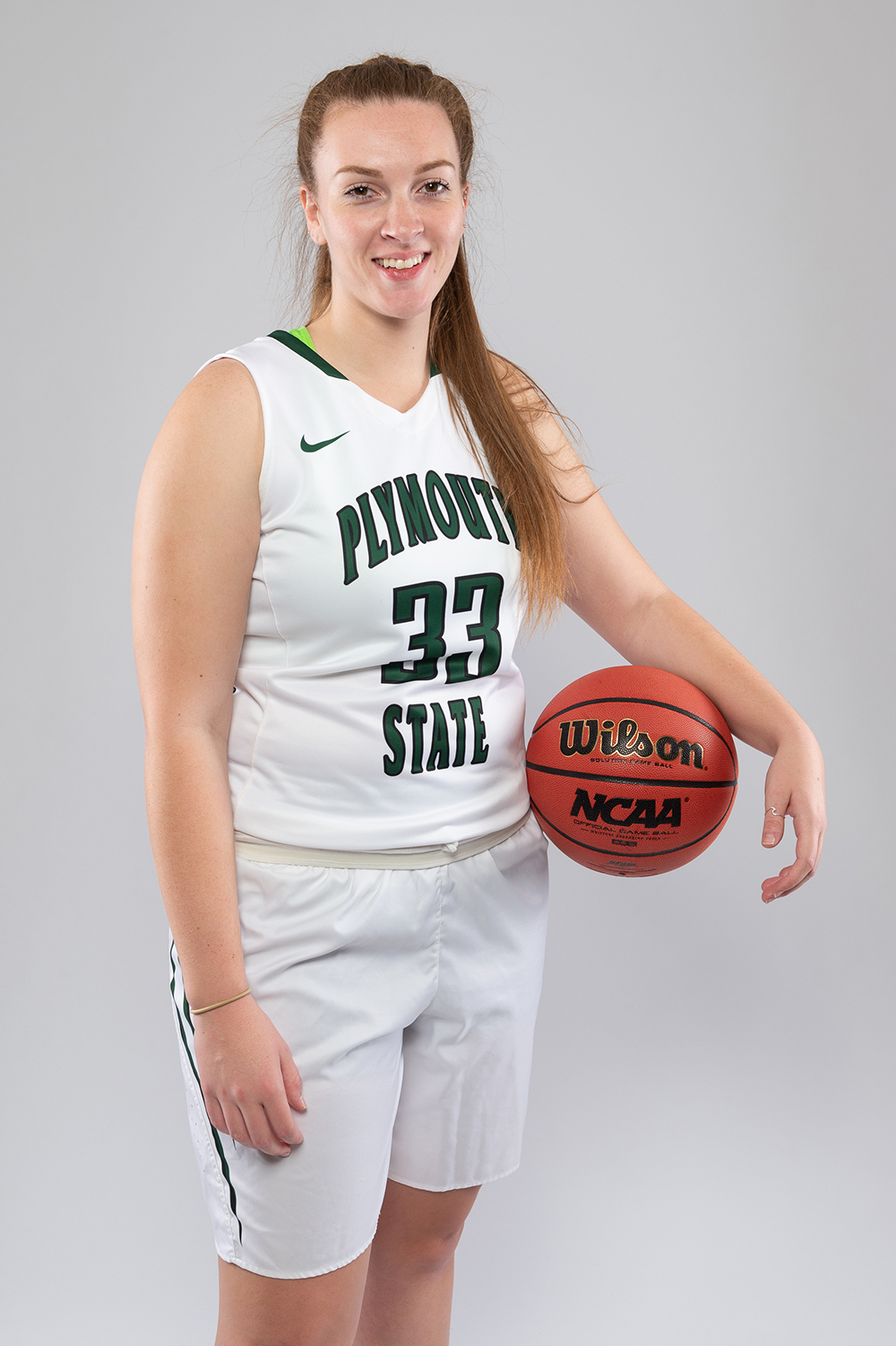 An all-state basketball player at Manchester West High School, Alex Ricard ’20 decided to take a year off from sports while she made the adjustment to college. As a sophomore she tried out and made the squad, but when an unexpected family medical emergency took place everything changed.

“I found out my mom was going to need heart surgery, and with the expenses and bills it was just too much,” she says. “I ended up withdrawing in February and getting a full-time job to pay off my school bill, but I planned to come back the following fall.”

As an administrative assistant at a local electric supply company, Ricard worked 40–45 hours a week answering the phone, preparing billing, and more. She tagged along on jobs with her electrician father for extra income.

With her mother on bedrest, Ricard took on the role of supporter, helping around the house and shuttling her younger sister back and forth to school while also finding time to continue to work out, as she fully intended to return to the basketball court. “It was tough because I wanted to be at Plymouth, going to school, playing sports, and seeing all of my friends and faculty.”

“It was tough because I wanted to be at Plymouth”

Blessed with a strong work ethic, Ricard paid off her school bills and followed through with her plan to reapply and enroll for the fall semester. She credits her experience with the basketball program with helping her accomplish it all. “Basketball definitely taught me about dedication, hard work, patience, and that I have people who have my back.”

She was now short of the University’s credit requirements for basketball eligibility, however, and was forced to sit out the fall semester. By spring she had caught up and rejoined the team, but the challenges remained. “I was really late to enroll and wasn’t able to get into the classes I needed for my criminal justice major right away.”

With finances and credits finally sorted out, Ricard enjoyed a successful junior year with the team. She appeared in 17 games this winter and sank a key baseline jumper in the fourth quarter of the Panthers’ 89-87 double-overtime win over regionally ranked UMass Dartmouth. 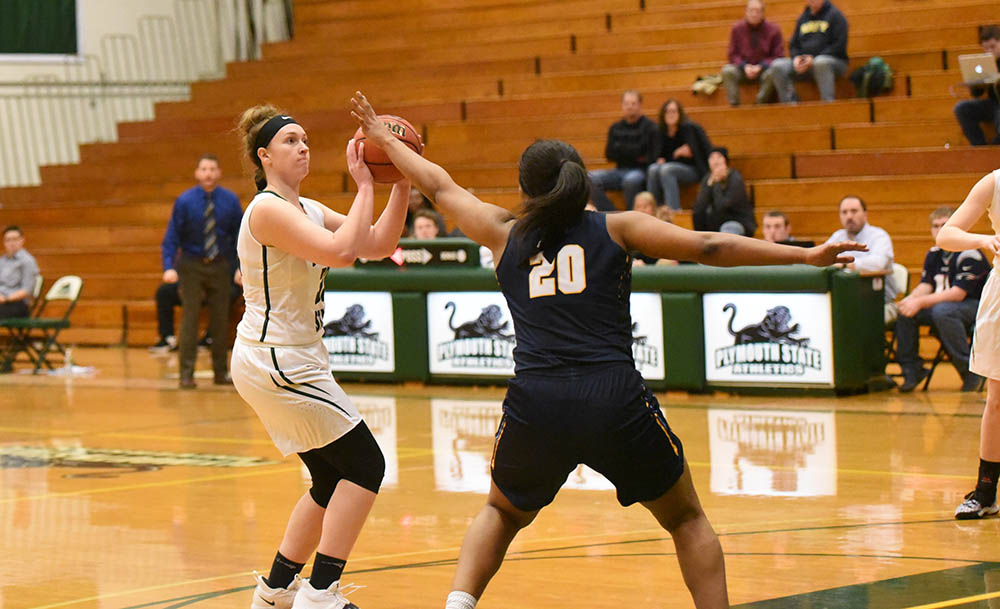 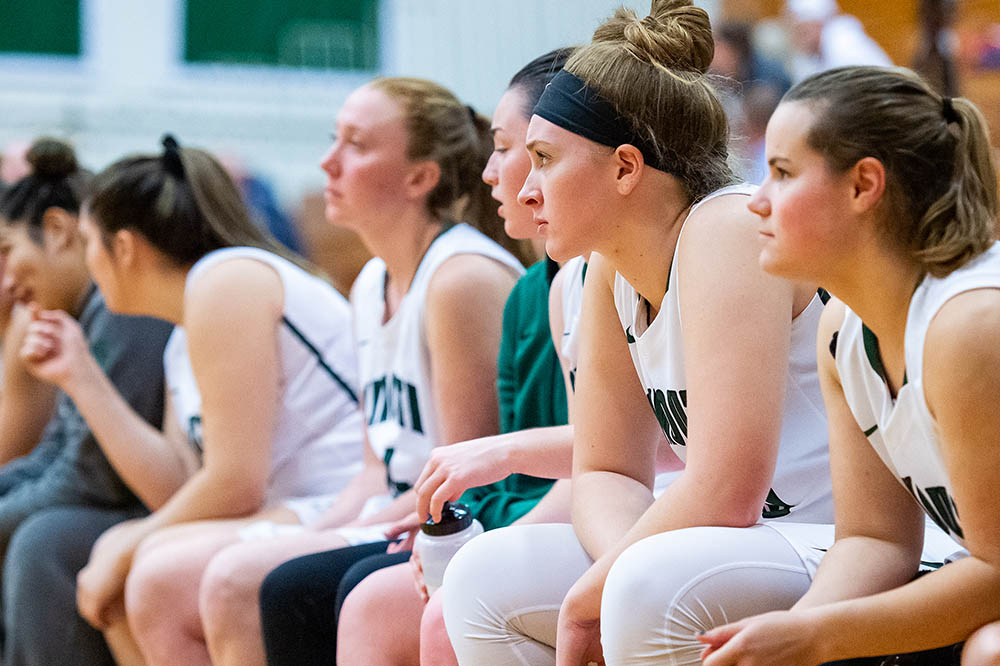 Ricard appreciates all of the support that enabled her to get her back on track and it wasn’t just the usual help one might expect. “Obviously my family, coaches, and teammates were incredibly supportive,” she says, “but Lauren Lavigne has been a life-saver for me. I call her my ‘Plymouth mom.’”

Lavigne ’94, ’96G, a PSU basketball alumna, former head coach, and the current assistant director of athletics, regularly checked in after Ricard withdrew. The two came up with a plan to help Ricard get her bill paid and to reenroll.

“She made me aware of some scholarships and that was a major help,” Ricard says. “That whole summer she was calling and checking in, just making sure I was okay. She put me in touch with other resources on campus, and still checks in with me to make sure I’m on track or see if I need help with anything. She’s been my guardian angel.”

With a year remaining before graduation, Ricard has continued to work hard, balancing all that comes with being a student-athlete. “I’m on track to graduate in 2020 and plan on going into law enforcement. I’m not exactly sure what branch, but I know that’s what I want to do.”

Ricard is preparing for what she expects will be an exciting senior season. The Panthers won the most games in nine years this year and the combination of experienced upper-class students like herself, plus a talented group of younger players, is generally a recipe for success. 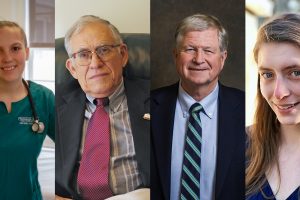