The Bird in the Hotel Room

Jason Zube ’97 is sitting in the lobby of the Samuel O’Reilly Bed and Breakfast, scrolling through his iPhone while waiting for a shipment of curtains to arrive. At 6 feet and 230 pounds, tattooed from the neck down, Zube isn’t a button-down business owner.  But in two months, he’s made his newly renovated bed and breakfast one of the highest rated in the North Conway region. He credits his success in hospitality to his early success as a tattoo artist.

Although a successful and in-demand tattoo artist in Massachusetts, Zube struggled to find funding to launch his own tattoo studio space.  Being turned down numerous times and feeling judged for having tattoos, Zube was reminded of an old book he read in high school, The Painted Bird by Jerzy Kosinski.

The title of the book is drawn from a moment in its story in which the protagonist, a young boy living in the midst of World War II, watches as a bird keeper takes one of his birds, paints it a different color, and releases it back in search of its flock, only for the bird to be viciously attacked by its kind. “It was an analogy to people being judged for what they look like rather than who they are,” Zube says. “It left an impression on me. Being heavily tattooed, I am used to people having an impression of me before they actually know me.”

After months of searching for a loan, Zube decided to visit one more bank. As he walked in, one of the bankers happened to recognize Zube from his early professional wrestling days, and agreed to meet with him. The meeting went well, and the business was launched. Zube opened his new tattoo shop in North Conway, and he named it The Painted Bird. Over the years, traveling tattoo artists from around the world were invited to The Painted Bird tattoo studio to feature their work and then stay the night in the renovated basement of Zube’s house. It wasn’t until a customer left one night that Zube had what he calls his ‘aha moment. “My customers had to drive home often very far after a late night session, and they were totally exhausted,” Zube says. He decided to extend his basement offer to the customer that night, and later began conceiving ways he could incorporate this into a new business.

With the flood of customers Zube had at The Painted Bird, he opened a new location. He used the second location as an opportunity to rebrand his business:  The Boston Tattoo Company. After fourteen years, the two locations were fully staffed, which gave Zube a chance to return to the bank.

“They saw that I had paid off the initial loan years before it was due,” says Zube, “And when I came to them with a new idea, they partnered with a New Hampshire bank in order to get it done.”

Twenty years ago, Zube never thought he would own a bed and breakfast. “I never thought a lot of things would happen,” he says. “But sometimes you need to get to one place in order to see the other.” Today, Zube’s unique bed and breakfast and tattoo parlor combination, christened The Samuel O’Reilly House, which he co-owns with his Plymouth State fraternity brothers, is the only one of its kind in the area. And despite its niche market, business has been booming ever since its doors opened in May 2017.

My printmaking classes helped me the most. I remember Terry Downs and David Haust as being really cool teachers who made it really fun to learn. If either of them saw you doing something different from the assignment, they would let you run with it.”—Jason Zube ‘97

“The hotel is finally open and is starting to pay for itself,” Zube says. While reflecting on moments that made the years of struggle worth it for him, Zube was reminded of the Fourth of July weekend in 2017.

“I had my entire tattoo staff up here for my birthday,” shares Zube. “Many of them would see the hotel for the first time. We had perfect weather kayaking down the Saco, and it was the first time both worlds collided. Everyone got to see a different side of me and had nothing but nice things to say.”

In the last 15 years, Zube has purchased two houses and opened three businesses. But the most rewarding part of it all was finding those who were willing to accept him, tattoos and all. Zube notes that it took sacrifice to get to where he is, and it often meant personal sacrifices.

“I sacrificed a lot of my relationships for my career,” Zube says, noting his gratitude for his current girlfriend’s support. “It’s hard to find someone who understands that sometimes work comes first when it’s all on you.” But despite any void he may be left with, Zube has no desire to settle down yet.

“I don’t like the word settle. It always sounds like you’re not getting what you want,” Zube adds. “I am really happy where I’m at in life. For every big peak, there’s been a valley.”

Jason Zube would like to thank Plymouth State and his fellow alumni for the memories he made here. “It was one of the best decisions I’ve ever made. I cherish all the good people I’ve met and the good times that I had there,” Zube states. “If you’re reading this and happen to be in the area, please stop by and say hello. The doors are always open.”

Building the Heart of The Health and Human Enrichment Cluster 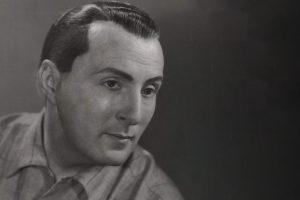