First in the (New) Nation 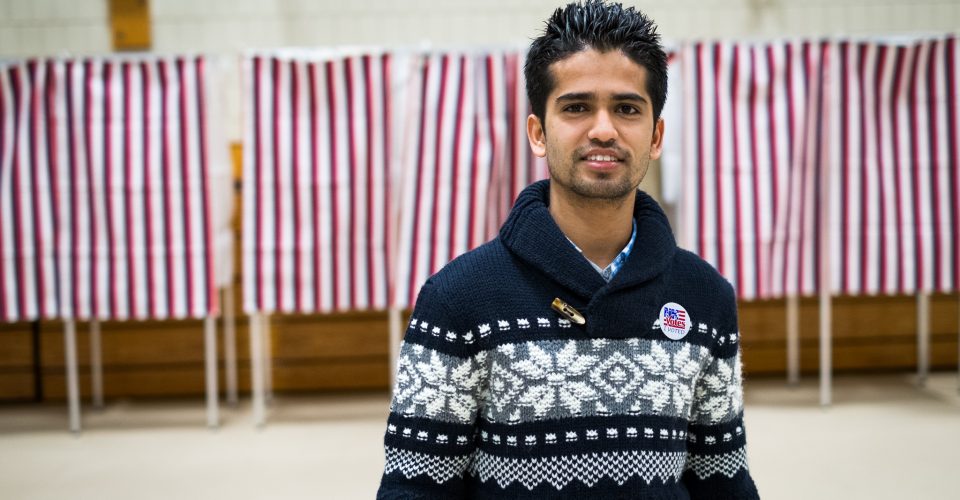 » Southern Bhutan. Early 1990s. Members of an ethnic minority population, the Hindu Lhotshampas, began fleeing rising levels of persecution by the Bhutanese government. Denied their citizenship rights because of religious and cultural differences, the group—more than 100,000 strong—eventually sought protection in refugee camps in Nepal.

Among those who found refuge in Nepal were Durga and Narad Gautam and their toddler son, Shyam. Bhola Gautam ’17 was born in the camp in 1990, followed two years later by his sister Hema Devi. The family lived there for the next 14 years, until it became clear that Nepal would not allow the refugees to resettle permanently. Governmental organizations stepped in, and other countries opened their doors to welcome them. More than 60,000 Bhutanese people found new homes in the United States, with still more settling in Canada, Australia, the Netherlands, and other countries.

Gautam’s parents were wary, at first. What would life be like in the United States? Gautam and his brother eventually convinced their parents to start the arduous and bureaucratic process of being granted approval to leave Nepal: medical examinations, interviews, and home visits. Gautam recalls the orientations about adapting to life in the US: “They even taught us how to walk in crosswalks: If you want to cross, you have to press the button!” Eventually, the last bit of red tape was cut, and Gautam’s family was cleared to go to New Hampshire, where a relative already lived.

“No matter where you’re from, what race or color or gender you are, if you have an education you can do anything in life.”
Gautam and his family arrived in Concord, NH, at 11 o’clock on the night of February 18, 2010, exhausted and thrilled. “Going to the US was like a dream come true,” Gautam says. “Everyone—my friends, my relatives—had started going to the US, because everyone wanted to improve their lives. We didn’t want to live in the refugee camps forever, even if we could, and we couldn’t go back to Bhutan because the government wouldn’t allow us to.” In the first few days and weeks, though, 14-year-old Gautam was a bit grumpy. “I used to hate snow a lot. It was a big snow time when we came to New Hampshire. I literally used to cry, ‘Mom, I don’t want to go to school! It’s so cold outside.’” The first time he went sledding, he says, he spent more time falling off the sled than gliding down the hill.

There were other challenges, too. Gautam spoke some English before coming to the States (in addition to Nepali, Hindi, and a little Dzongkha, the national language of Bhutan), but for the first few months, it was hard for him to adapt to the American culture and environment. “Cultural differences and accent were the two biggest problems I faced,” he says. Getting involved in activities at Concord High School (CHS), which he had entered as a freshman, helped him overcome those difficulties. “I always look forward to connecting with people and getting involved in any community or school that I’m part of, and I always look for a way to give back to people,” he says. At CHS he was a founding member of the Be the Change Club, an international student group. Close to 10 percent of CHS’s student body were international students: “from Africa, Thailand, Nepal, India, Bhutan, everywhere, you name it,” Gautam says. The club grew from 50 to nearly 400 members in just two years. After visiting Plymouth State University with his family during his senior year in high school, Gautam found a new community to connect with. He fell in love with the campus, and especially liked that it was near his hometown. He planned to major in business, and chose to attend PSU because of its strong business administration program. When he arrived on campus in the fall of 2013, he was also pleased and relieved to discover that the student population was more diverse than he had anticipated: “I think the cultural diversity we have at PSU makes it a unique university in New Hampshire,” he says. “I am very fortunate to get to know students from all over the world here.”

At PSU, Gautam is active in several international campus organizations, including serving as vice president of both ENACTUS (Entrepreneurial Action for Others Creates a Better World for Us All) and Friends over the Globe (formerly the International Student Association). As one of this year’s Global Ambassadors, he promotes global awareness and helps develop globally-minded student leaders. “We have people from all over: Sweden, China, Saudi Arabia. I get to know their culture and share mine. Last semester we had more than 20 students here from Nepal, and this semester there are four more. I work with them and help them feel welcome at PSU. I invite them over for dinner sometimes to make them feel that, ‘Hey, here’s someone who can help.’” He and his three Nepalese roommates have welcomed as many as 35 people to their off-campus home, forging bonds over traditional Nepali food. “Everyone gets homesick,” Gautam says. “We like to make them feel PSU is their new home.” Gautam is a big believer in the power of education and in role models. “Education is a great equalizer,” he says, “because no matter where you’re from, what race or color or gender you are, if you have an education you can do anything in life. I can’t be a US president but I can be a US citizen; I can be anything I want! And if I have an education, I can motivate people to go to college.” Gautam, who plans to work in business for a few years after graduation, then pursue an MBA, is already acting as a role model for his younger former high school classmates who regularly ask him for help in applying to PSU and other colleges. “They see me and my friends going to college and doing these great things. They think, ‘If they’re doing these things, why not me?’”

Six years have passed since 14-year-old Bhola Gautam first set foot on the frozen soil of New Hampshire. How does he feel about snow today? Ever-adaptable, ever-positive, Gautam has fallen in love with skiing and skating: “Snow is my friend now!”

Gautam also recently became a naturalized citizen of the US. “I am beyond happy to be a United States citizen now, and to be able to vote in the upcoming elections,” he says. “I’m going to vote for … someone,” he coyly adds. Spoken like a true American. –Emilie Coulter 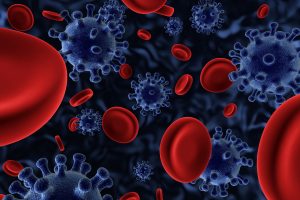