If you’re lucky, you can look back on your years in school and recall that one special teacher who really connected with you, made a subject come alive, and maybe even changed your life. For Janice Griffith, that teacher was Helen (Grace) Abbott, a 1939 graduate of Plymouth Teachers College. 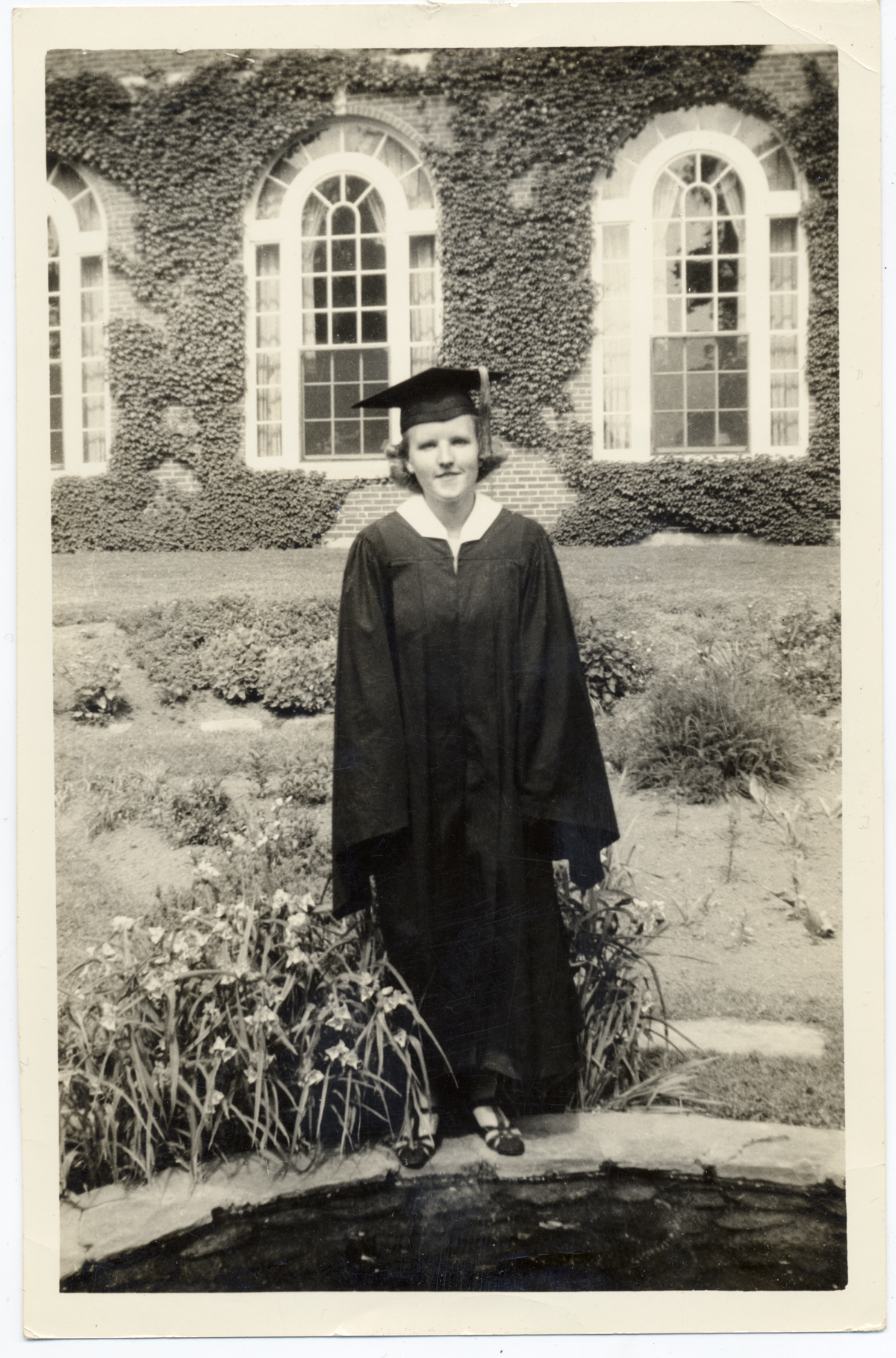 “Plymouth State meant a lot to her,” says Janice Griffith of her former teacher Helen Abbott, pictured at her 1939 Commencement.

Born in West Milton, NH, Helen Grace moved to nearby Union at the age of five, following her parents’ divorce and her mother’s remarriage. A bright child, Helen skipped 2nd and 5th grades, and graduated from Rochester High School at 16.

Too young for nursing school, but eager to continue her education, Helen applied and was accepted to Plymouth Normal School. At a time when most of her peers were marrying and starting families, Helen was excelling in her studies, forming lifelong friendships, and working toward a career in education. In fact, she had once said that, “without Plymouth Normal School, I would have been a very unhappy housewife.”

Ten days after graduation, she married Emerson Abbott, whom she had met a few years before through a church youth group. That fall, Helen Abbott embarked on a teaching career that would span more than five decades and touch the lives of countless students, Janice Griffith among them.

Before Griffith was even a student in Mrs. Abbott’s 5th through 8th grade class, the two made an important connection. A 9-year-old inquisitive student, Griffith was the new girl in school, having recently moved to small-town Union from Eugene, Oregon, with her mother and two younger siblings. Missing her father and bored by repeating subjects she had already learned in Oregon, Griffith spent a lot of time looking out the window and daydreaming in her 4th grade classroom.

It was Griffith’s drawing of a forest, inspired by a picture she had seen of a California forest, that first captured Mrs. Abbott’s attention. “She was a naturalist and she loved trees, and she told me that she liked my picture,” recalls Griffith, whose own love of nature was beginning to take root at that time. The recognition she received from Mrs. Abbott, who was herself a child of divorce, meant the world to the lonely little girl. “She was so nice and pleasant,” says Griffith. “After so many months of being bored and overlooked in class, being recognized by her made such an impression on me.” 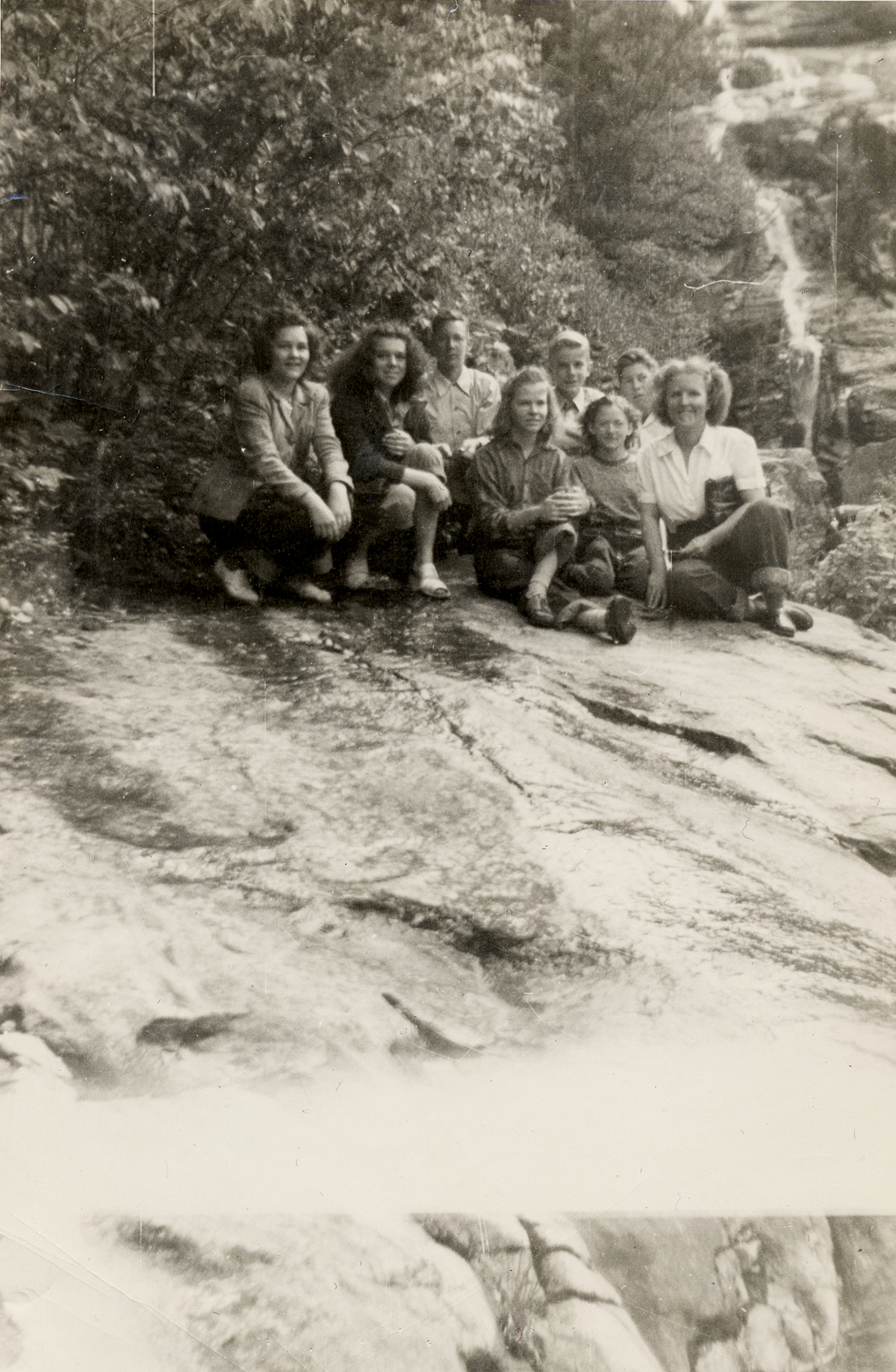 Helen Abbott, far right, took every opportunity to take her students on field trips and have them interact with the natural world.

Things started to turn around for Griffith the following year, when she entered Mrs. Abbott’s class, where she would be through the 8th grade. “Helen Abbott was a dynamic teacher,” Griffith says. “She instilled a love of learning in her students and made everything fun. There wasn’t a subject that didn’t interest her.”

Of particular interest to Mrs. Abbott was nature, the environment, and conserving natural resources—all lessons she passed on to her students in the classroom and on regular field trips. She even took professional development workshops in conservation and environmental science to expand her understanding of these topics and enhance her teaching. “This was the mid-50s,” Griffith says. “Our country didn’t start getting serious about environmental issues until well into the 1970s, so she was way ahead of her time.”

Not only was Mrs. Abbott a talented and dedicated teacher, she “was a very caring, emotional person,” Griffith says. “She gave me confidence in myself. She believed in me and encouraged me to do well, and became like a second parent to me.”

And Janice Griffith wasn’t the only one to experience such caring. “Mrs. Abbott took an interest in all of her students; we could tell that she was invested in us,” she says. “Once you were one of her students, you never left her fold.”

Griffith and Mrs. Abbott maintained their connection for the rest of Mrs. Abbott’s life. A close friend of the family, Mrs. Abbott attended Griffith’s high school and college graduations and even sang at her wedding. She stayed abreast of Griffith’s successes, from being one of only five female students in her graduating class at the University of Chicago Law School, to practicing municipal finance law, to teaching law. Today, Janice Griffith is a professor of law at Suffolk University, teaching courses in environmental law and state and local government law. 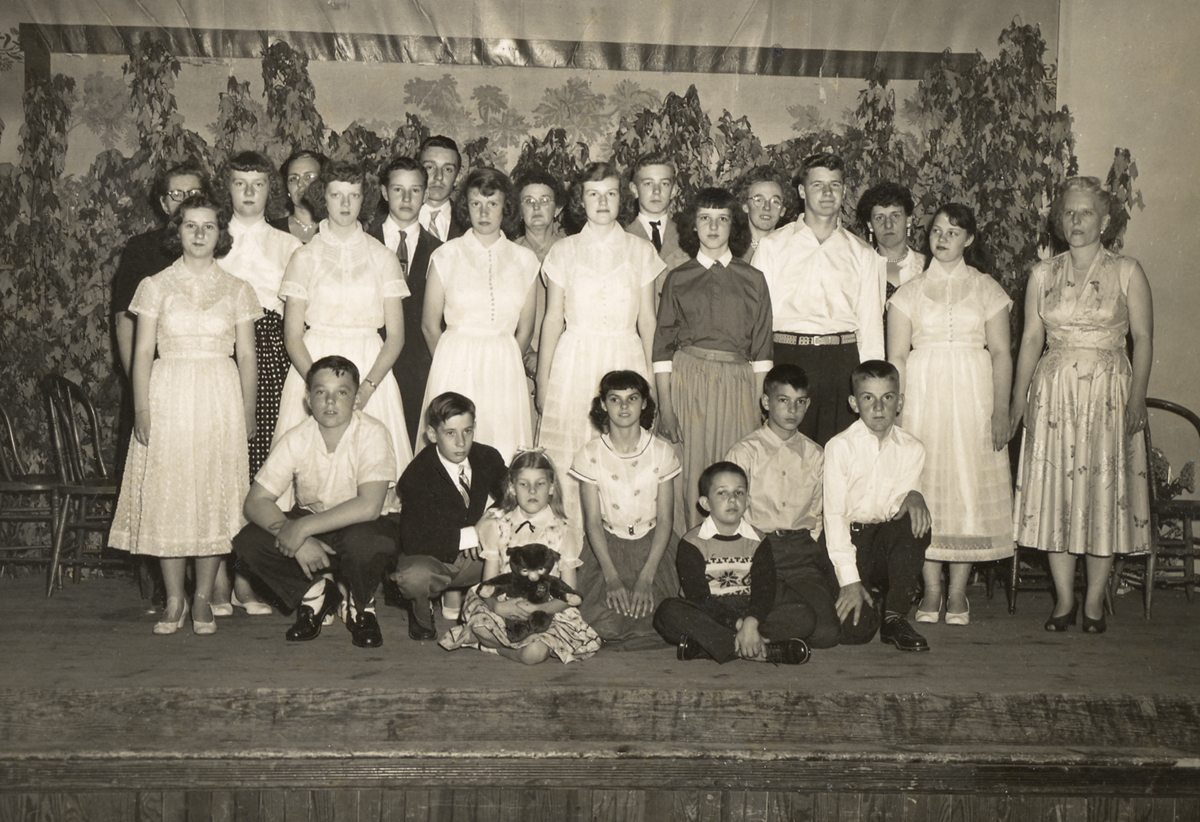 Helen Abbott, far right, with her students at the Conservation Pageant. The pageant, and Abbott’s commitment to the environment, are among Janice Griffith’s most vivid school memories and part of the inspiration for her creating the endowed professorship. Griffith is in the first row standing, fourth from the left.

Throughout the years, Mrs. Abbott continued to teach—in many cases teaching three generations of Union families—and marked her 50th year of teaching in 1989.

In 2010, with an overwhelming feeling of gratitude to a former teacher, mentor, role model, and friend, Griffith began thinking of a meaningful way she could somehow honor Mrs. Abbott. A gift to Mrs. Abbott’s alma mater, Plymouth State University, instantly came to mind. “Plymouth [State] meant a lot to her. Even as a child, I was aware that she graduated from Plymouth Teachers College—she shared many stories from college,” Griffith recalls.

honors Helen Abbott, who passed away in 2011 at the age of 91, and two of her greatest passions: teaching and the environment. The professorship provides financial support and public recognition to an exemplary Plymouth State faculty member in any department who integrates elements of environmental studies into his or her coursework or research. To recognize and reward as many faculty members as possible, the professorship will be awarded for a three-year term. Named professorships are instrumental in attracting and retaining leading faculty, enhancing the University’s breadth of talent, and ensuring a well-rounded education for students.

Of the gift, Griffith says, “I just wanted to honor Mrs. Abbott and acknowledge her skill as a teacher and the importance of her life’s work in educating children. We so often don’t give teachers the recognition they deserve.”

WELCOME TO THE SPRING ISSUE of Plymouth Magazine. As you read the pieces in this issue, the core of PSU’s educational...
Copyright 2019 Plymouth State University
Back to top