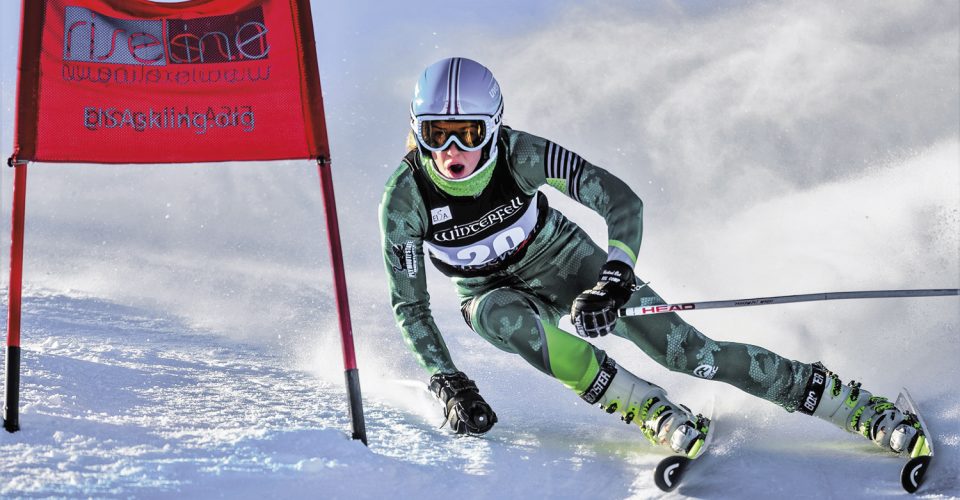 Freydis Holla Einarsdottir ’19 came this close to competing in the 2014 Winter Olympics in Sochi. Since coming to PSU, she’s been posting top finishes for the women’s ski team, and in March she became the first woman in Plymouth State history to compete in the NCAA Championships, the biggest race in collegiate ski racing. The best part? This first-year student-athlete is just getting started.

Lauren Lavigne ’94, ’96G, assistant director of athletics for enrollment management and advancement, recently talked with the world-class competitive ski racer from Gardabaer, Iceland, to learn why she chose to study and compete at PSU, what motivates her, and what’s next for her.

Q: Just how close did you get to competing in the Winter Olympic games in Sochi?

In 2014, my friend and I were fighting for that third seed. The skier with the best score in January 2014 would claim the spot. She had 33 points, I had 35 points—the lower the score, the better in Alpine skiing. As it turned out, neither of us got that third spot. But then, just five days before the Olympics, the top female racer on the Iceland team tore her ACL, and my friend got to be on the team. If I had scored better in January, I would have gotten to go.

Q: Why did you choose to come to the US for college?

It had been a dream of mine for years. I’d been to the US before, and every time I thought, “I could live here.” Also, if I stayed in Iceland, I wouldn’t be skiing, because the weather, the mountains, and the snow aren’t at the level where I could improve as a skier.

I was in the US last year for the world championships and visited colleges. I never got a chance to visit PSU, but I Skyped with Coach [Andrew] Gannon a few times. He talked about the Plymouth State experience, the education, and the community. I wasn’t just another racer to fill out his roster—I knew he cared about me as a person and wanted to make sure I chose the right school for me.

I also looked at what I wanted to study. I want to do something that has to do with sports, the human body, anatomy—the exercise and sport physiology major was perfect!

Q: What’s the best part of being on the Panther ski team?

I’ve been racing since the age of 7, and I’ve never experienced this level of camaraderie. The men’s and women’s teams here are basically one big family. Our motto is “Ski hard and smile big.” It reminds us all how lucky we are, and how much fun this sport is.

Q: What is your motivation each day when you train?

Next year, the world championships are in Switzerland. I want to be there. And I want to compete in the 2018 Olympics in South Korea. That’s my dream, to compete on the Olympic stage. Q: How are you preparing for the Olympics?

Coming to PSU was part of the process; I can ski every day during the season. If I were home, I wouldn’t be able to train every day. The weather conditions and the training opportunities aren’t good enough.

This summer and next summer will be a lot of hard work—I’ll work with a personal trainer while I’m at home, lifting and running. I’m also going to try skiing on a glacier. We don’t have summer skiing at home, but we have a lot of glaciers.

Giving Back Is Its Own Reward 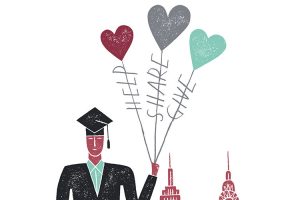 Giving Back Is Its Own Reward

Servant Leadership: The Key to Business and Success » By most measures, Colin Graham ’01 is a success. But giving back...
Copyright 2019 Plymouth State University
Back to top