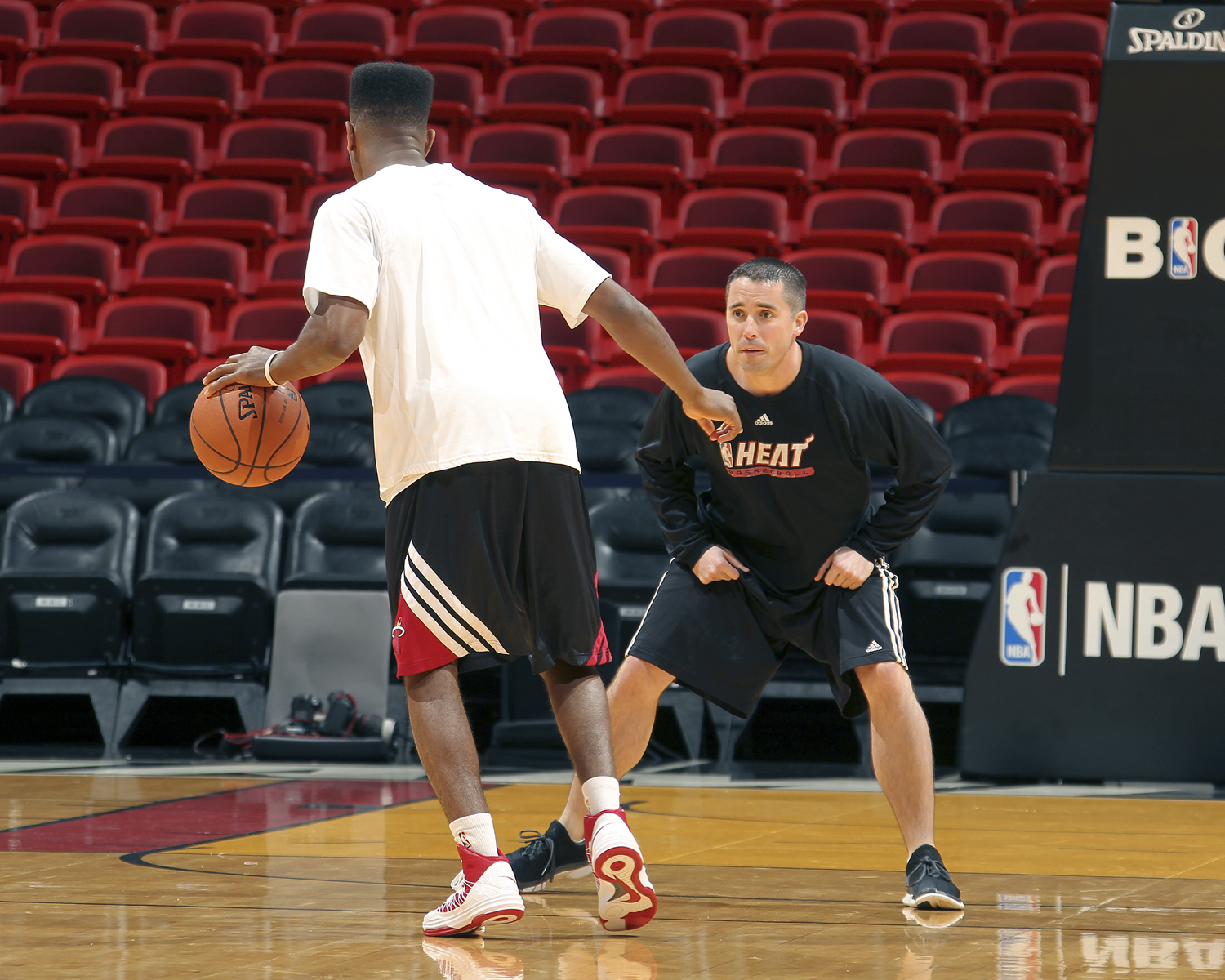 Surrounded by computer servers and Apple laptops in a red-carpeted lab between the players’ locker room and the court, Dan Craig ’03 represents one of the emerging twenty-first-century power centers in professional basketball: he’s the video coordinator and assistant coach for the defending champion Miami Heat. Utilizing multiple camera angles and sophisticated editing software, he creates fast, bite-sized visual narratives out of players’ tendencies and strengths and weaknesses—on-demand scouting and coaching tools that take the limited perspective of the bench to another dimension.

Heading out of his senior year at Plymouth State, Craig landed an internship in the Heat’s video department in the summer of 2003. He was brought back the following year to work full-time under the assistant coach in charge of the team’s video department, Eric Spoelstra, who subsequently became Miami’s head coach. Spoelstra knows intimately the value and challenge of Craig’s work. He told a reporter for the Palm Beach Post that the role has become more demanding in recent years. “The job entails so much more technology, and none of us are technology guys. We’re basketball guys that have to learn and grind out technology.”

Craig is no stranger to grinding it out. A star schoolboy point guard from Chelmsford, MA, the five-foot-six Craig saw his varsity career at Plymouth cut short by knee injuries. Despite playing just four games over his final two seasons, Craig won the Coach’s Award as a junior and co-captained the team both years. Then-coach John Scheinman (now in University Advancement) calls him a “special player and a special person, a leader on the team who knew even in high school that he wanted to be a head coach some day.” Craig briefly took a position as grad assistant at Bloomsburg University in Pennsylvania. “I thought that would be the route,” Craig told a reporter this past March, following Miami’s 22nd straight victory. “Then the Heat called.”

Craig says the biggest impact that Plymouth had in preparing him for his career came through the examples of character he saw in his professors and coaches, and the willingness of Scheinman to take a student like him under his wing and expose him to coaching at the college level. He stays in near-constant touch with Scheinman, Athletic Director John Clark ’71, ’73G, and other coaches at Plymouth. They’ve kept him up to speed on the University’s plans for enhancing the athletic facilities. “It’s exciting to hear what they’re doing,” says Craig. “I can’t wait to see it come together. But despite my job, I’m actually a little old-school. What matters to me most is that Plymouth cares about and supports athletics. What makes Plymouth Plymouth is the people.”— Jim Collins

Jim Collins, former editor of Yankee Magazine and author of The Last Best League, is a freelance writer living in Orange, NH.