Service, with a Smile

When you meet Mike Trippedo, you may find it hard to believe this warm, gregarious young man was actually incredibly shy in high school, just a few years ago. “I’ve really blossomed at PSU,” he says.

Born and raised in the Bronx, NY, Trippedo knew when he was looking at colleges that he wanted to be in a more rural location. “I was done with the city,” he says. He initially chose Plymouth State for its location and for its renowned meteorology program, but over the past two years, he’s come to love PSU for much more than its setting and academics.

In high school, Trippedo had wanted to participate in his school’s Alternative Spring Break (ASB) program, but his parents had mixed feelings about it: they were pleased with their son’s enthusiasm for social activism, but felt he was too young to travel long distances without them. “We always traveled as a family,” Trippedo says.

Not long after settling in as a first-year student at PSU, Trippedo was thrilled to discover the University had an ASB program, and, embracing his newfound independence as a college student, he applied and was accepted. “I was so excited—I knew it was going to be an awesome experience,” he says of his first ASB trip, where he worked at a South Carolina child development center for children in foster care. “We renovated the recreation center and helped reorganize their donations. We even had a chance to work with the kids.”

Last spring, Trippedo once again participated in ASB, this time as a leader on a trip to volunteer at Biscayne National Park 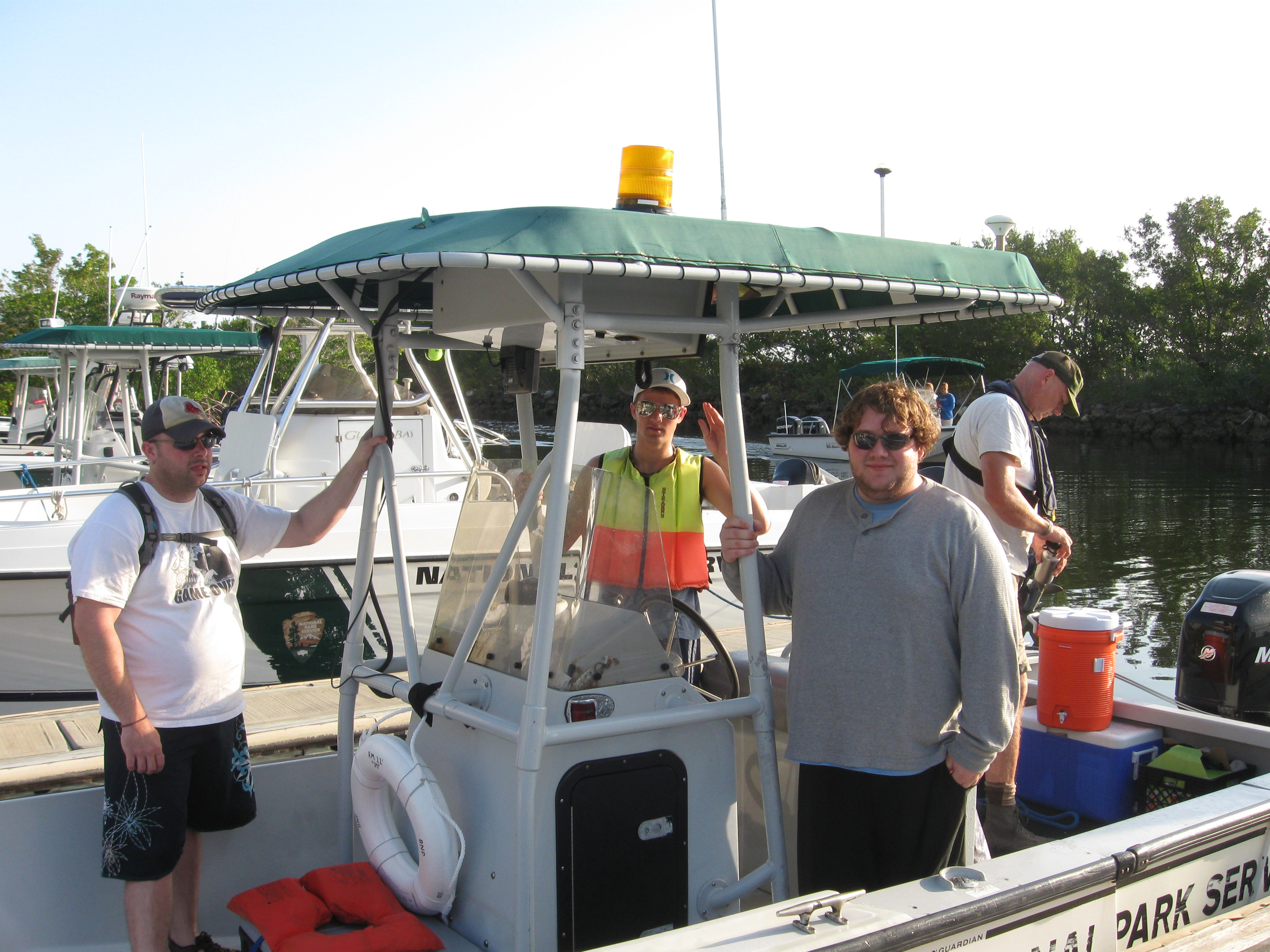 Trippedo (third from left) on his way to Biscayne National Park during Alternative Spring Break ’11.

and Everglades National Park in southern Florida, where his team helped clean up the beaches and remove invasive plant species. As an environmental science and policy major, the work appealed to Trippedo, as did the responsibilities inherent in leading an ASB team. “As a leader,” he says, “you select a location, make contacts with people at the location, plan the entire trip, and interview students who applied to the program.” Student leaders are also responsible for publicizing the trip and coordinating the volunteer meetings leading up to spring break.

ASB is just one facet of Trippedo’s service activities at PSU. He has served as vice president of annual themes, a post that requires him to help plan Homecoming and Family Celebration and Winter Carnival; food coordinator for Spring Fling 2011; and member of the Conning Tower yearbook committee. Now in his junior year, Trippedo has set his sights on more demanding roles, including president of Spring Fling and yearbook managing editor. “I like to be involved,” he says.

Trippedo’s involvement in a broad array of University activities has not only enriched his college experience, but also has opened up an ever-growing network of friends for him. “I’ve met so many people through volunteering,” he says. “Everyone is so friendly, and we’ve become like a family away from home.”

Speaking of home, what do Trippedo’s parents back in the Bronx make of their once shy and reserved son traveling around the US, doing service work, and making so many new friends along the way? “They’ve seen the change in me,” he says with a smile. “They see that I’m independent, and they’re really proud of me.”