Wanderings of a Spanish Adventurer: Valle-Inclán’s 1910 Tour of South America 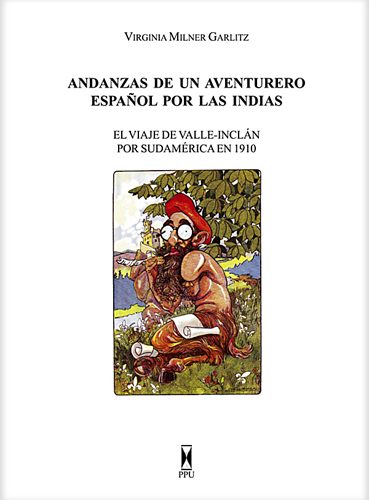 In her book, Garlitz retraces the steps of the leader of Spanish Modernist literature in the first part of the twentieth century, Ramón María Valle-Inclán (1866-1936) during the tour he made with the theatre company of María Guerrero and Fernando Diaz de Mendoza, the most prestigious Spanish actors of their time. The book illustrates how the lectures that Valle gave in the 17 months he and his actress wife Josefina Blanco traveled through Argentina, Uruguay, Paraguay, and Chile reveal the seeds of his most important work on esthetics, La Lámpara Maravillosa (The Marvelous Lamp, 1916).

Garlitz, who taught Spanish language, culture, and literature at PSU from 1972 to 2003, did research for her book in the spring of 1998 on a sabbatical trip sponsored in part by the Program for Cultural Cooperation of the Spanish Ministry of Education and Culture and US Universities. It was during that trip that she discovered many previously unknown documents, interviews, and caricatures concerning Valle-Inclán that provided the foundation for the book.

“I was inspired to write about Valle-Inclán’s trip to South America because so little was known about it,” Garlitz says. “Since 1910 was a very important time for Valle when he was developing one of his key works, I knew there had to be more to the story.” 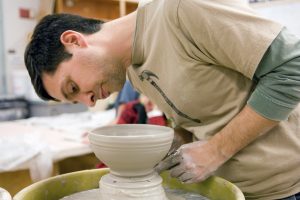 by Jennifer Philion In an office crammed with books, pottery, and distinctive sculptures in various stages of completion—and...
Copyright 2019 Plymouth State University
Back to top