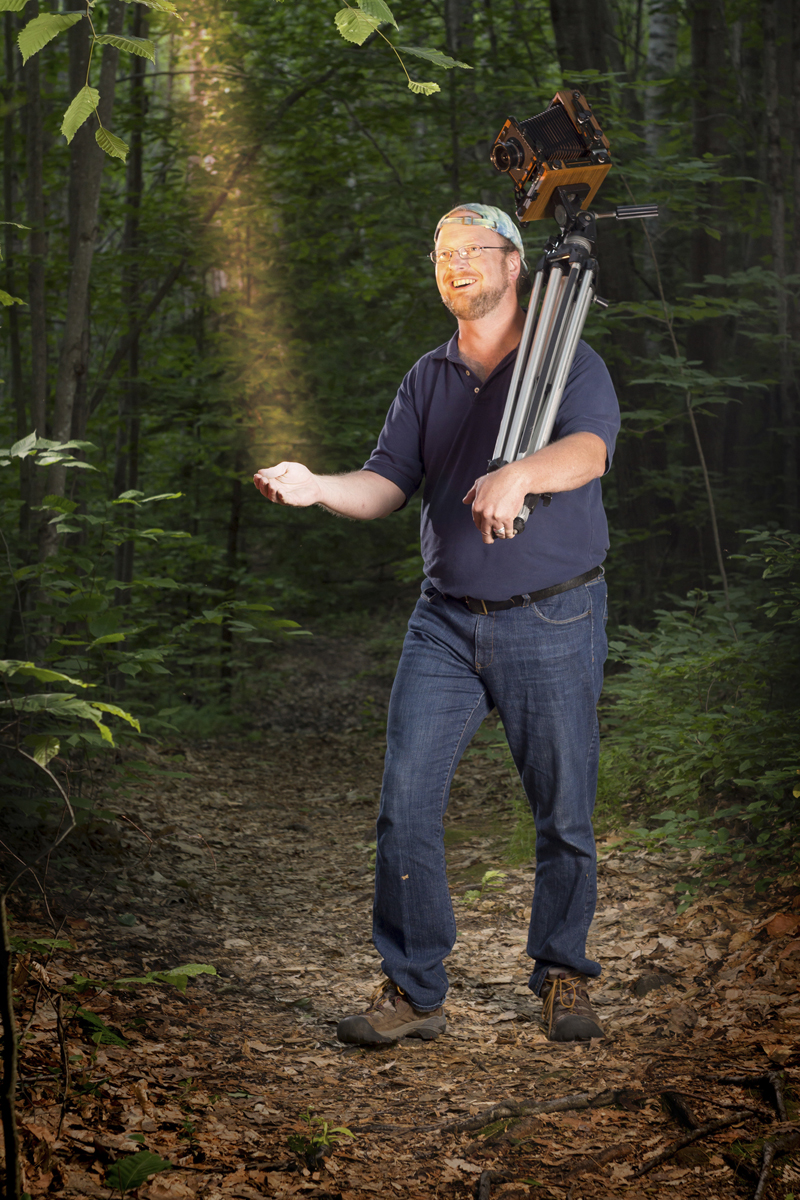 PSU photography professor John Anderson was selected last summer as artist in residence for the White Mountain National Forest (WMNF) in partnership with the Arts Alliance of Northern New Hampshire. The WMNF Artist-in-Residence program offers professional and emerging artists in all media—visual and performing artists, craftspeople, writers, composers, eco-artists and media artists—an opportunity to pursue their art form while being inspired by the forest. Anderson shared his work with members of the public in September, and hopes to exhibit more of the work in 2014. The Artist-in-Residence program began in 2011 as part of the Weeks Centennial Celebration.

PSU recently celebrated, with state governmental and business leaders and educators, its partnership with the New Hampshire Association for Supervision and Curriculum Development on The New Hampshire Journal of Education, edited at Plymouth State. This year the NHASCD was named the outstanding educational affiliate in the nation, with the journal, edited by Stevens-Bristow Professor of Education Marianne True, an important consideration for the award. The PSU student chapter of NHASCD also has been recognized for excellence.

A team of multistate researchers will conduct a three-year study of the many factors affecting the health of the NH-Maine shared coastal ecosystem. This collaboration, known as the New England SusTainability Consortium (NEST) and funded by a $6 million award from the National Science Foundation, aims to strengthen the scientific basis for decision-making for the management of recreational beaches and shellfish harvesting.

Participating in this study enables PSU to expand research on the region’s water resources and human impact on water quality into new locations with new partners. PSU will participate in the project through expanding a current water research project to the Gulf of Maine, leading workforce development initiatives, and examining inclusive decision-making as a product of ecosystem research. Faculty and students from PSU’s Center for the Environment and Department of Environmental Science and Policy will be involved in the project.

“John Lynch … has given decades of his life to promoting excellence in public higher education, the business community, and the state of New Hampshire,” President Sara Jayne Steen said. “He is a respected leader who has invested himself in serving others with intelligence, optimism, energy, and commitment. And he has made a difference in the lives of many people who will never know or be able to thank him, as we do today.”

Former Olympic ski racer and Lakes Region businesswoman Penny Pitou received the Granite State Award, which is bestowed on New Hampshire citizens, agencies, corporations, and foundations whose achievements have made significant contributions. Pitou was a trailblazer in women’s skiing and a leader in New Hampshire philanthropy.

“Penny Pitou has never seen barriers, only problems to be solved, and then she addressed them,” Steen said. “And she has been a role model in seeing that those who followed her would have the opportunities, whether through good coaching or support organizations or scholarships, to enable them to succeed.”

If the early success of the Enterprise Center at Plymouth (ECP) is any indication, the business incubator and accelerator has a very bright future. The ECP, located at One Bridge Street, is at full capacity just three weeks after opening its doors with five fledgling businesses setting up shop in the state-of-the-art facility.  The ECP’s October 15 grand opening ceremony drew more than 100 people to celebrate the goal of job creation and economic development in central New Hampshire.

Governor Maggie Hassan, President Sara Jayne Steen, and Dinah Adkins, president emerita of the National Business Incubator Association and an expert on rural economic development, addressed guests during the ceremony in the lobby of the Silver Center for the Arts at Plymouth State University.

“New Hampshire stands at the threshold of a bright new future, as well positioned as any state to lead the country in innovative economic growth,” Hassan said. “The Enterprise Center at Plymouth will play an integral role in seizing this opportunity, supporting entrepreneurs, small business owners and economic development throughout central New Hampshire.” 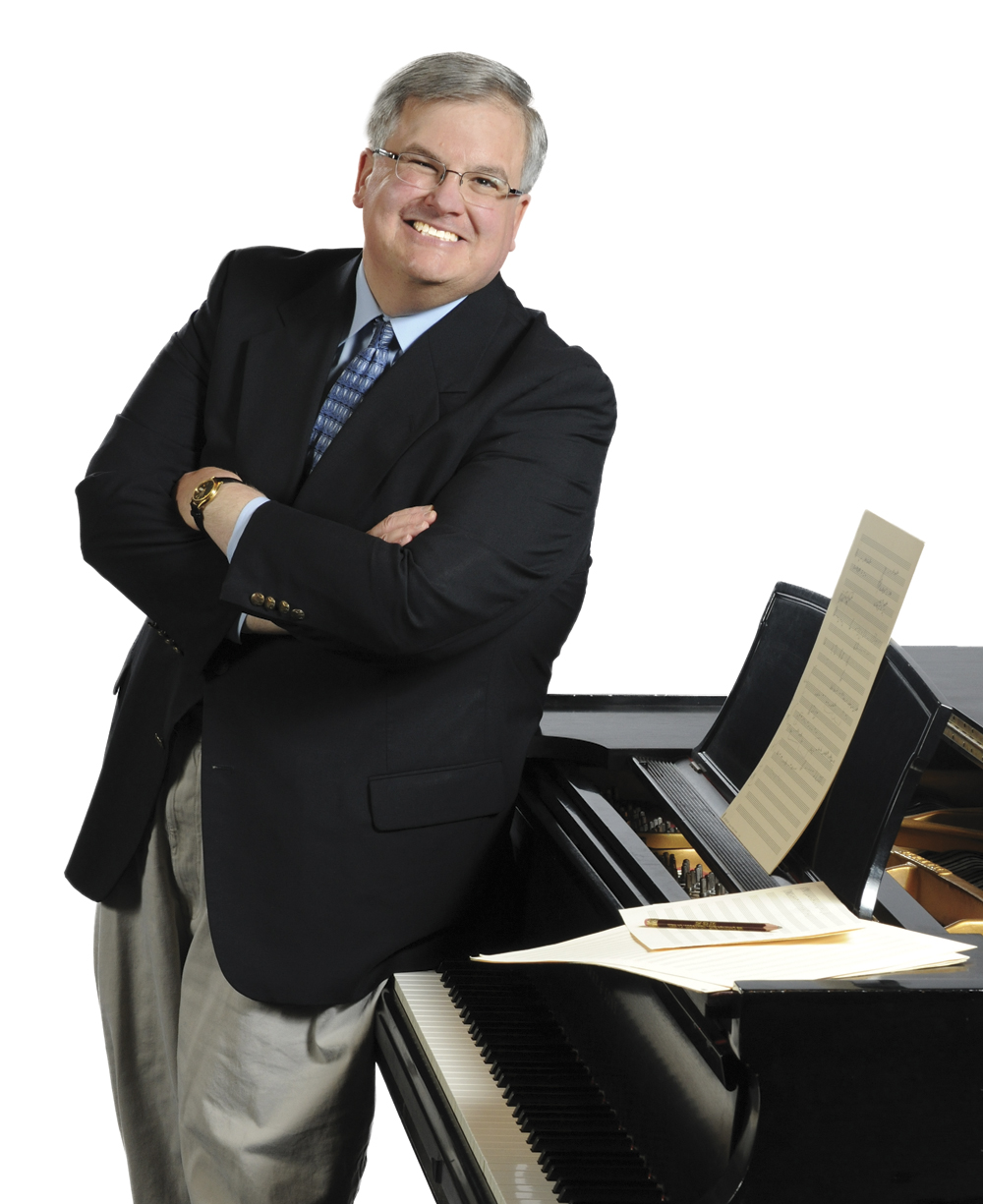 Jonathan Santore, professor of music and chair of the Department of Music, Theatre, and Dance, has been awarded the American Prize in Composition 2013 in the category for professional composers of choral music.

Santore was honored for his submission of selected choral works. According to the judges, his work “displays impressive skill, expressivity and contrast in every musical selection offered in the portfolio. The listener is drawn in from the start.”

Santore appreciates the external validation that receiving the American Prize gives to his work. “Every creative and performing artist everywhere values the good opinion of peers in their field, and I’m both proud and humbled to have received this honor.”

The Appalachian Mountain Club (AMC) and PSU have made their organizations’ commitment to continued collaboration official with the signing of a memorandum of understanding designed to foster ongoing sharing of resources and expertise.

PSU’s ongoing commitment to environmental sustainability has led to its being named among North America’s greenest colleges. This is the fourth consecutive year Plymouth State has been included in the greenest college ranking by the Princeton Review.

The late Raymond S. Burton ’62 was honored at PSU with a memorial service held on December 14. Hundreds of people across the region gathered to pay tribute to Burton, a member of the New Hampshire Executive Council and a Grafton County Commissioner and a symbol of public service in the state.

A week before his passing, PSU honored Burton with its Henry W. Blair Award for Distinguished Public Service.

Burton, a 1962 graduate of what was then Plymouth Teachers College, began his career as a teacher and principal. He later became an adjunct faculty member in Plymouth State’s Department of Social Sciences. After becoming a member of the Executive Council in 1977, he established an internship program for New Hampshire college students to learn more about the workings of state government. Many of Burton’s former interns are now in public service.

Teaming Up for Service