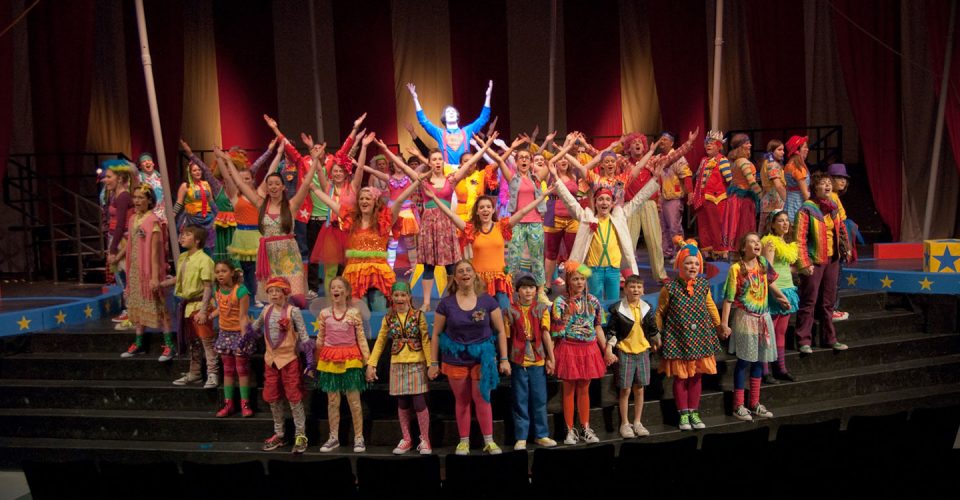 A set malfunction rescued by improv. A child’s proud solo before an empty theatre. A big pot of beef stew cooking outside of the Silver Center.

These are among the countless memories that have made Plymouth State’s Educational Theatre Collaborative a treasured New Hampshire institution. The magic of the theatre and satisfaction of being part of something larger than oneself has transformed a generation of participants and, in the process, earned prestigious awards.

ETC’s calendar builds to a crescendo in January when the holiday glow has faded, family get-togethers have come and gone, and the unavoidable reality of winter is clear. Prudence might suggest hunkering down, but in Plymouth the challenging conditions have been overcome by a remarkable town-gown partnership. ETC quickens the community pulse, motivating volunteers to make their way to rehearsals over icy roads.

“The annual production comes at the darkest time of the year and aids in terminating those winter blues,” says Amy Weston ’15, who is playing the lead role of Ariel in The Little Mermaid. “For the cast and crew, it is an opportunity to create glorious art and to collaborate and connect with colleagues. For the community, I know many who look forward to this production each year. ETC sets the bar high in terms of quality and that standard of excellence does not go unnoticed. That is why ETC has been successful over the past 25 years!”

The collaborative was founded in 1994 by PSU Professors Trish Lindberg and Dan Perkins, and continues under Lindberg’s leadership, while Perkins directs the University’s chorale activities. “Project-based learning” is a term that’s currently in vogue, but the concept has long been central to ETC’s mission.

Over the course of 18 or 19 days, 100 or more individuals of diverse ages, backgrounds, and acting abilities combine their talents and skills to create the annual play by solving problems, sharing epiphanies, and coordinating energies. The well-received plays, ranging from Broadway blockbusters to award-winning, original productions, represent just one of four complementary ETC components. The collaborative’s annual Integrated Arts Conference attracts educators throughout the region for professional development and continuing education workshops, along with expert presenters and interactive experiences.

The Children’s Arts Festival for grades K–6 is run by Robb Dimmick ’03G, a central ETC presence both on-stage and behind the scenes. The final ETC component is a Silver Center exhibit of student artwork from throughout New Hampshire, including over 20 elementary through high schools this year, which is themed to the annual play.

All told nearly 1,000 people are involved, plus an additional 3,000 or more patrons are seated for performances. Increased numbers are among the most significant changes since ETC’s early days.

“When we began, we barely had enough people to cast the first ETC production,” recalls Lindberg. “Now we have to try really hard to find vehicles to give as many people as possible a chance to be part of ETC because we get so many at auditions.” Lindberg is a master at making use of diverse volunteer talents, such as the tech-minded couple who create a detailed “mic plot” to cue audio, and art students whose imaginations enliven sets and scenery. 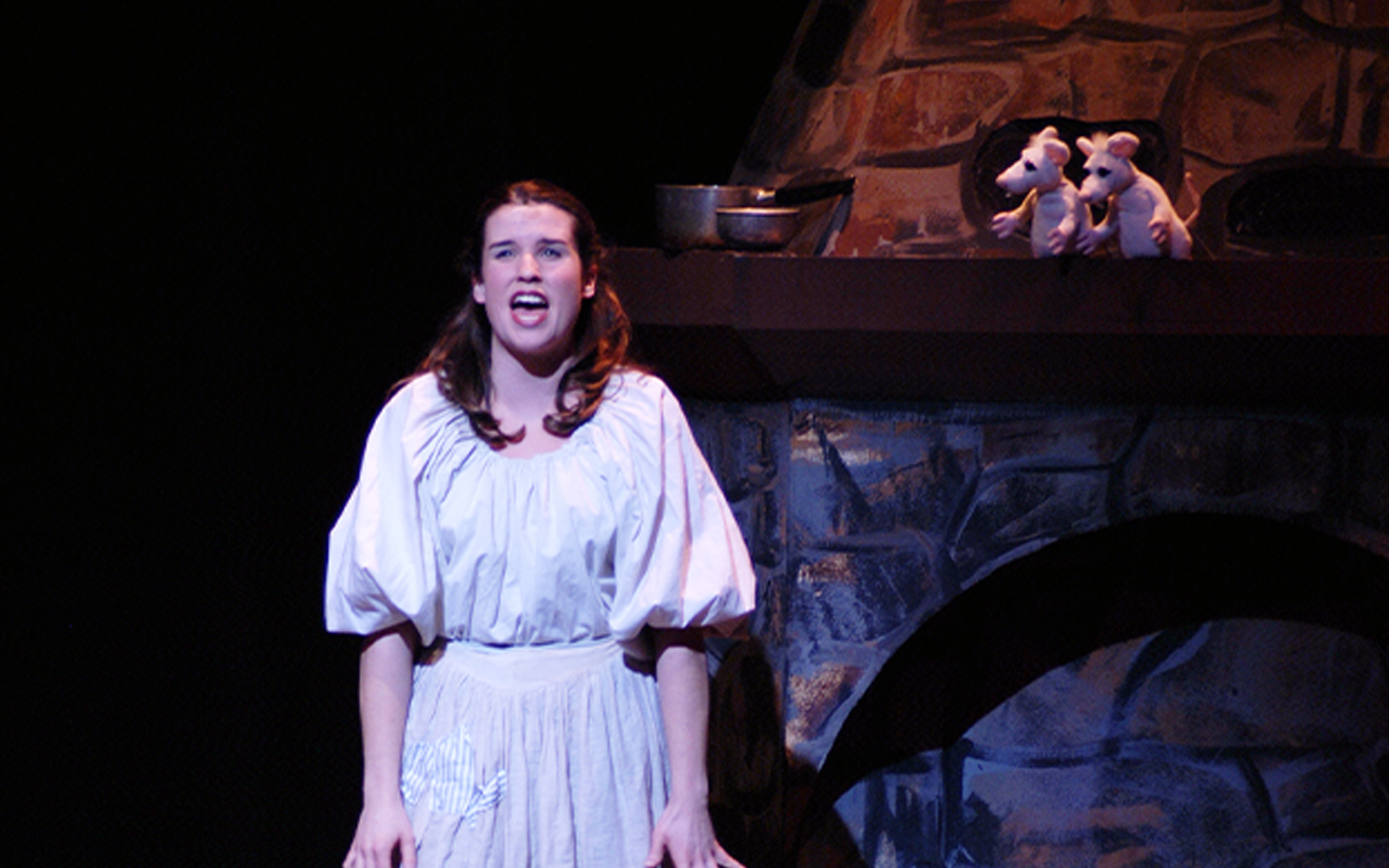 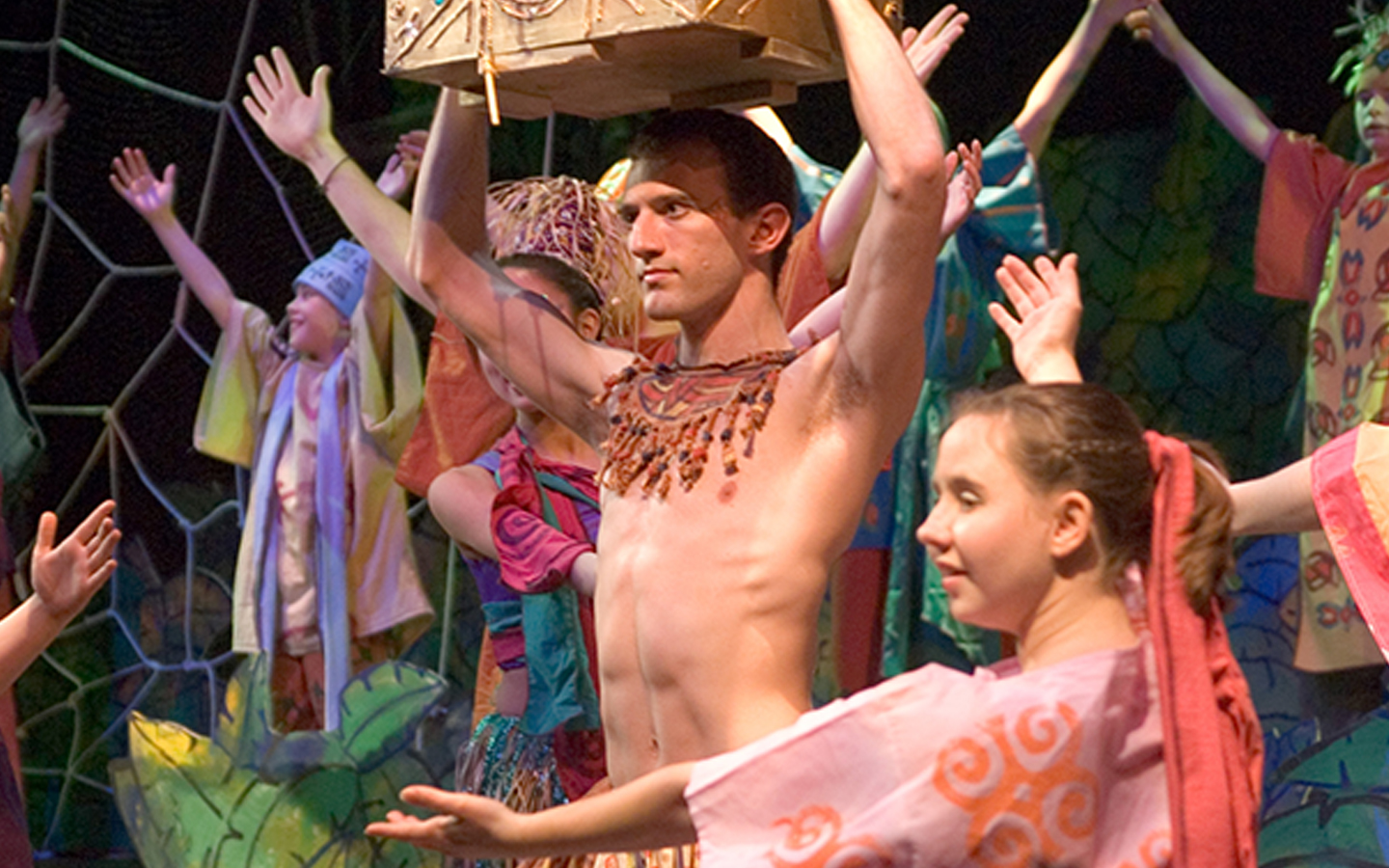 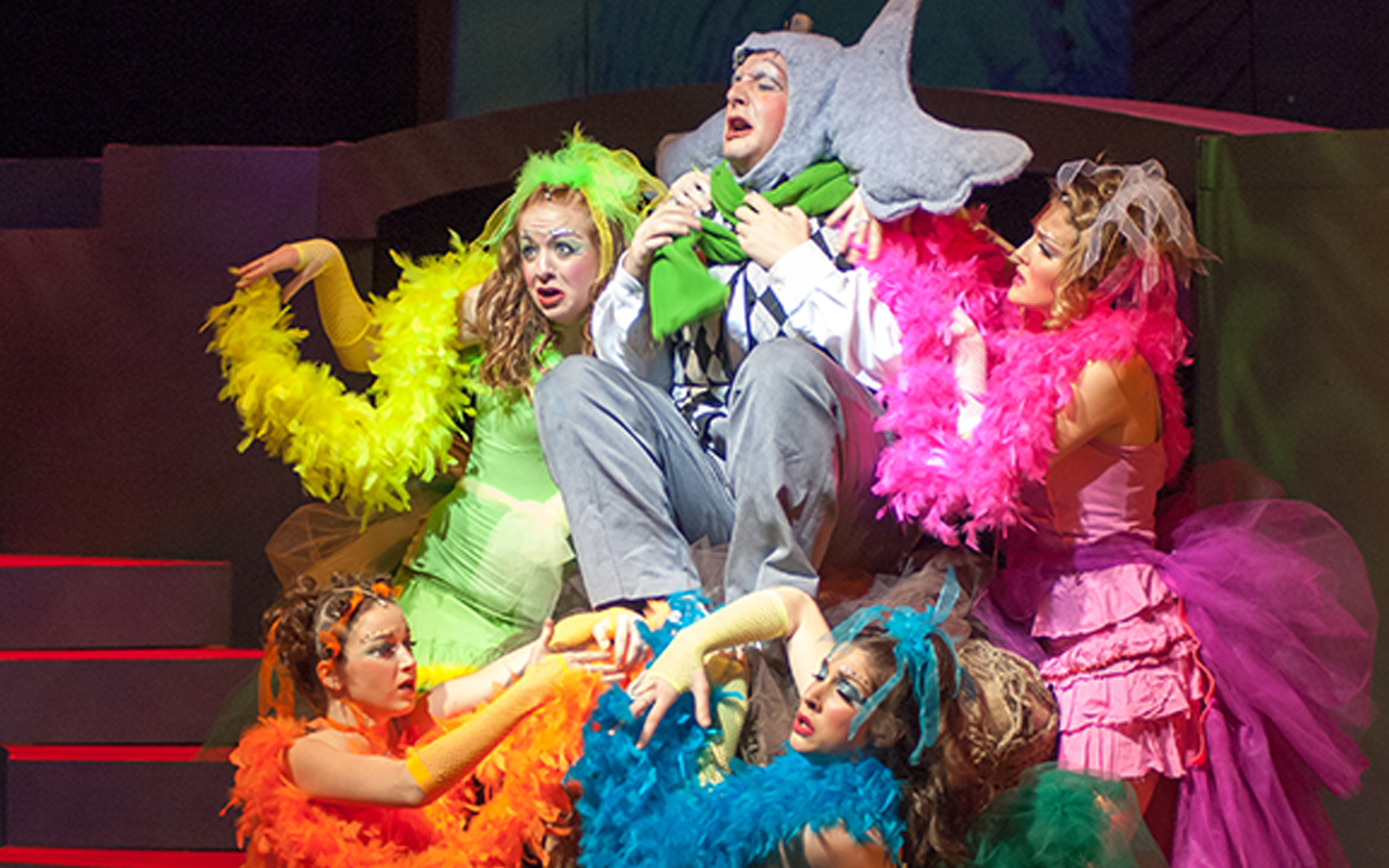 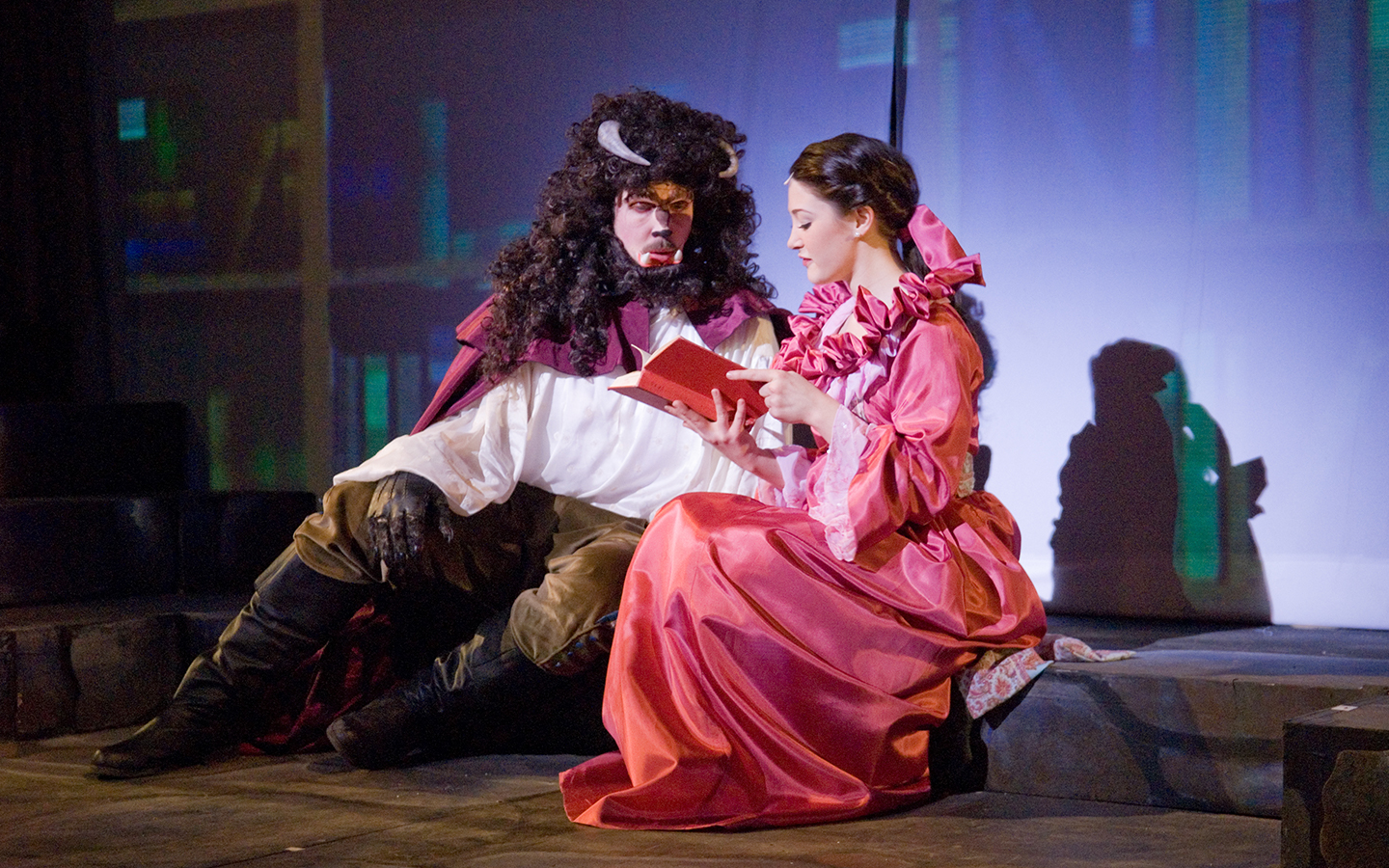 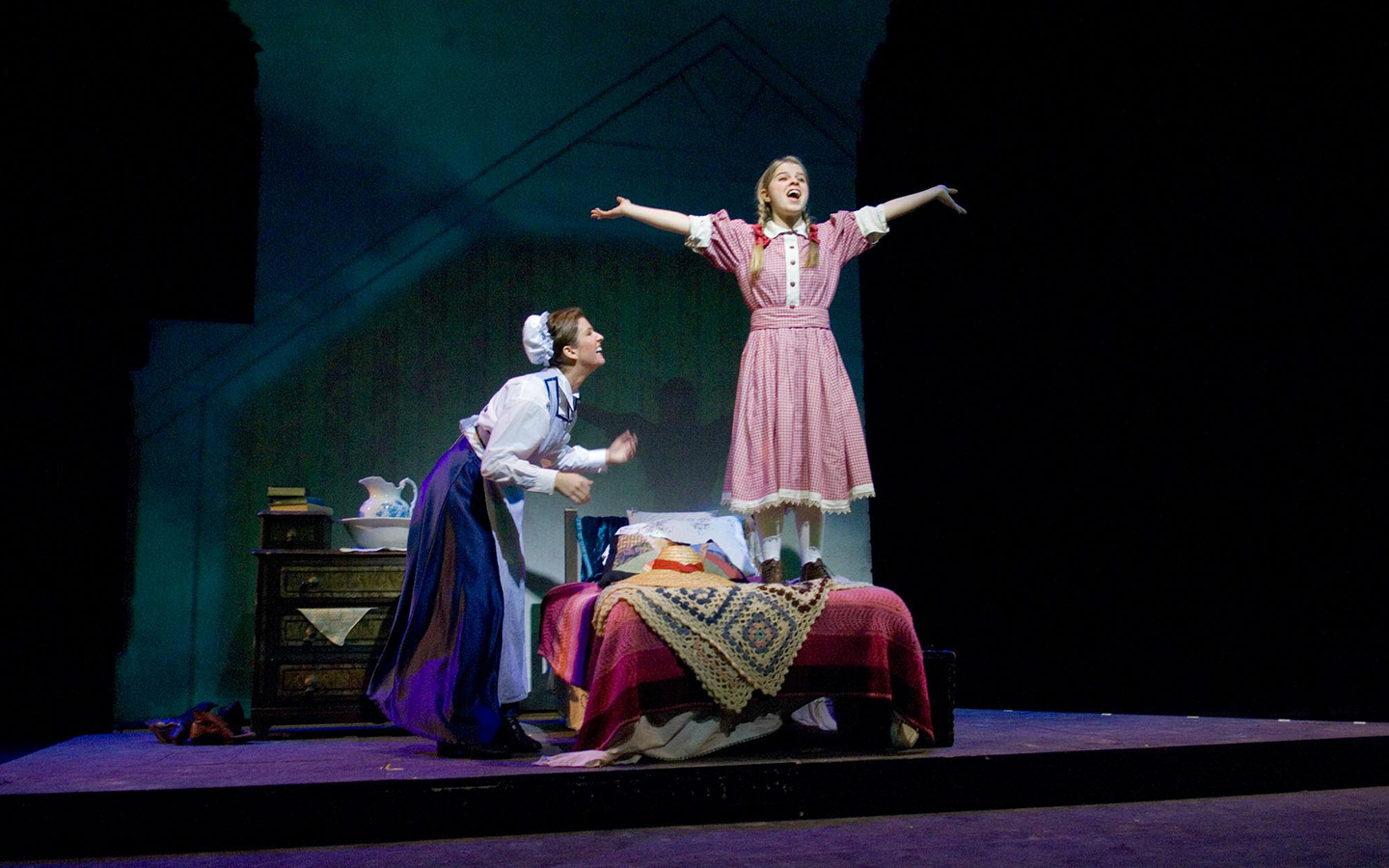 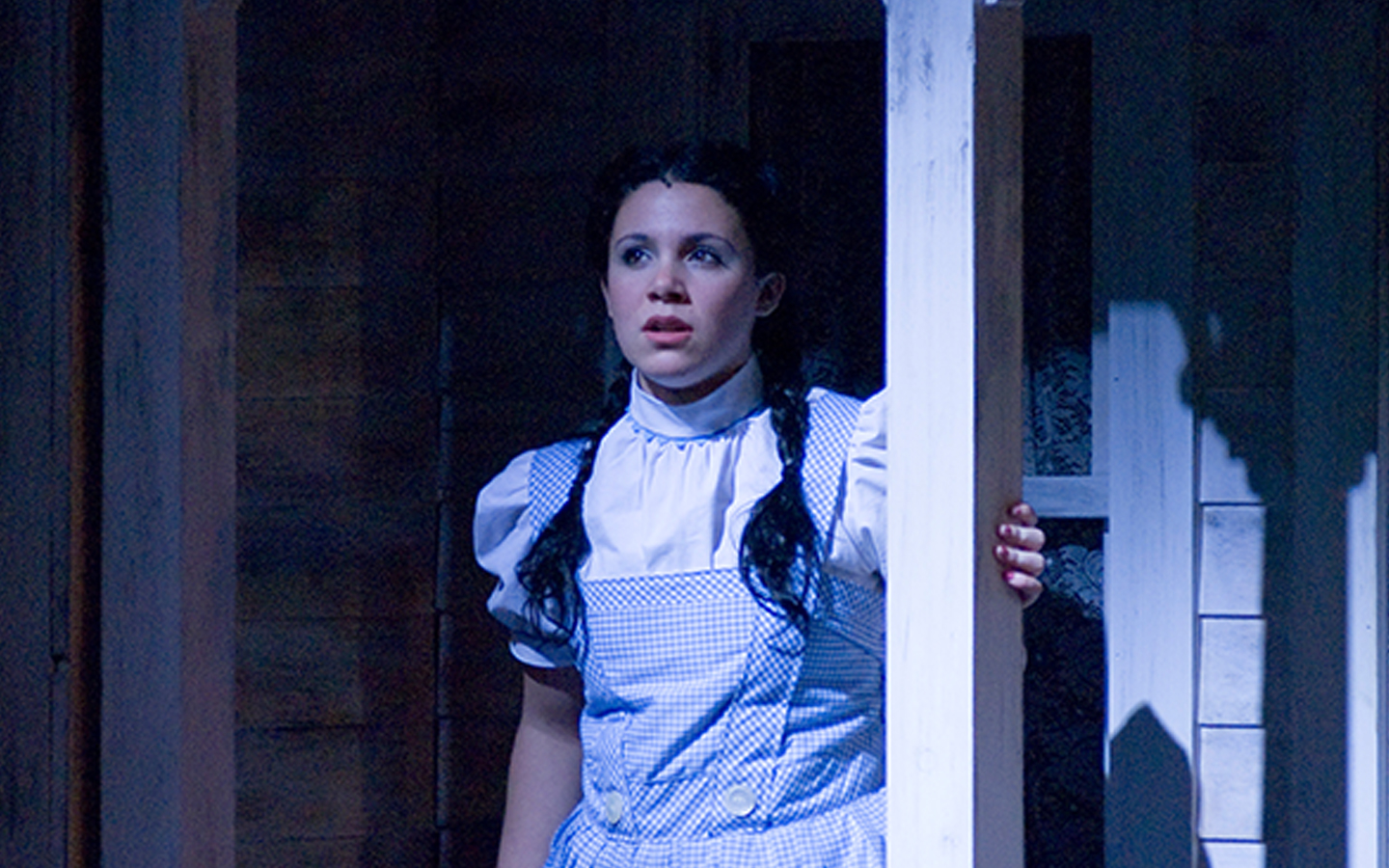 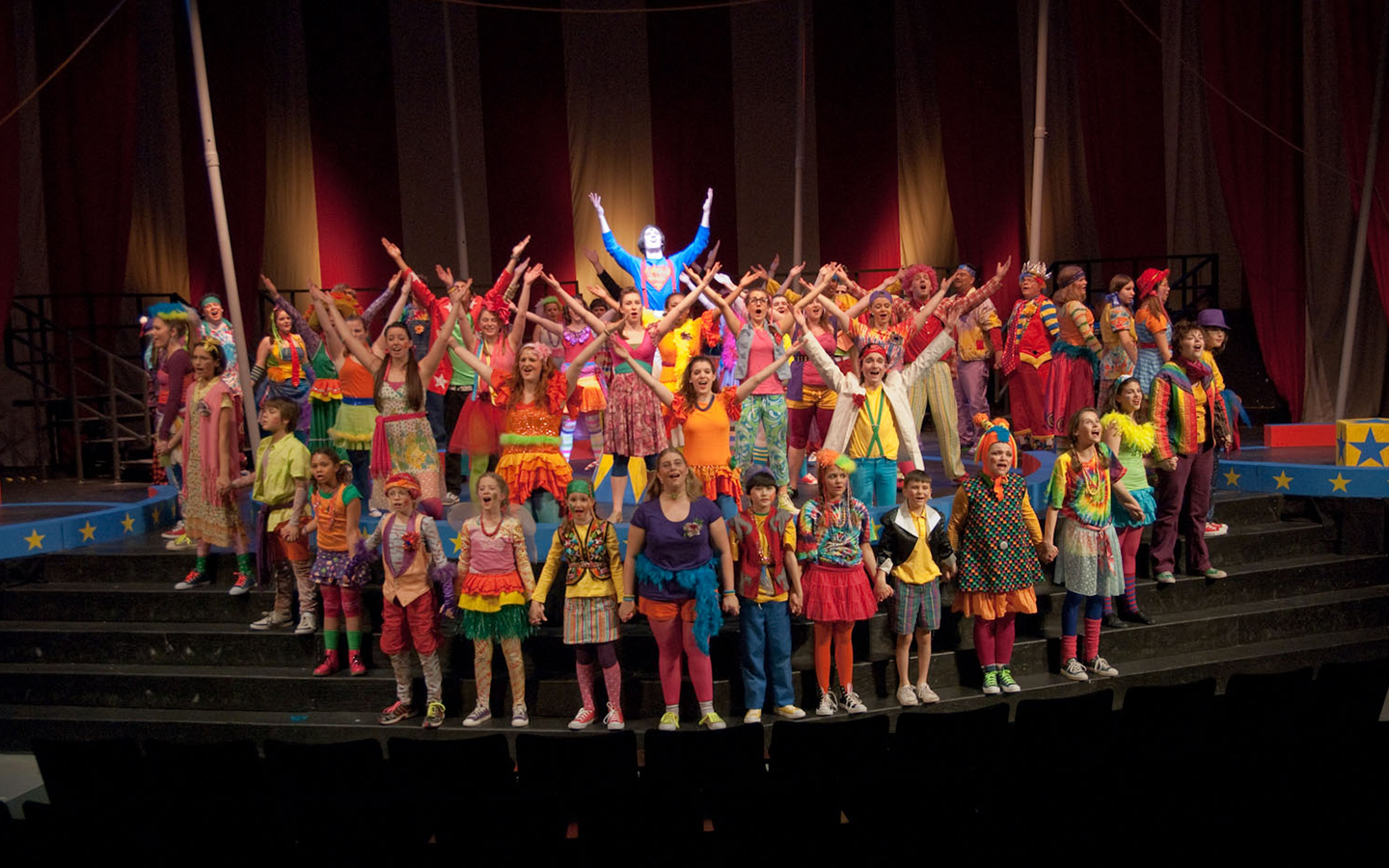 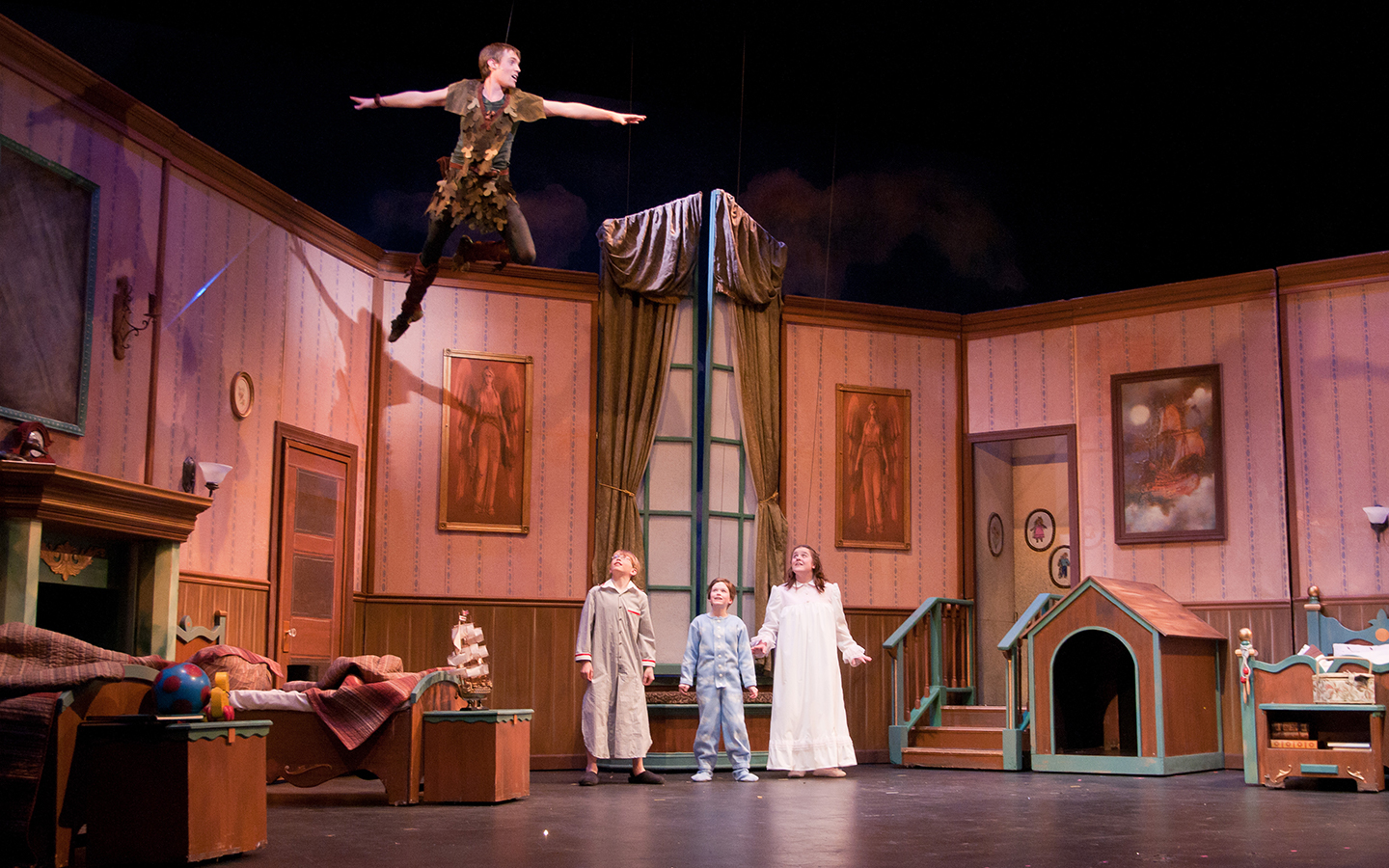 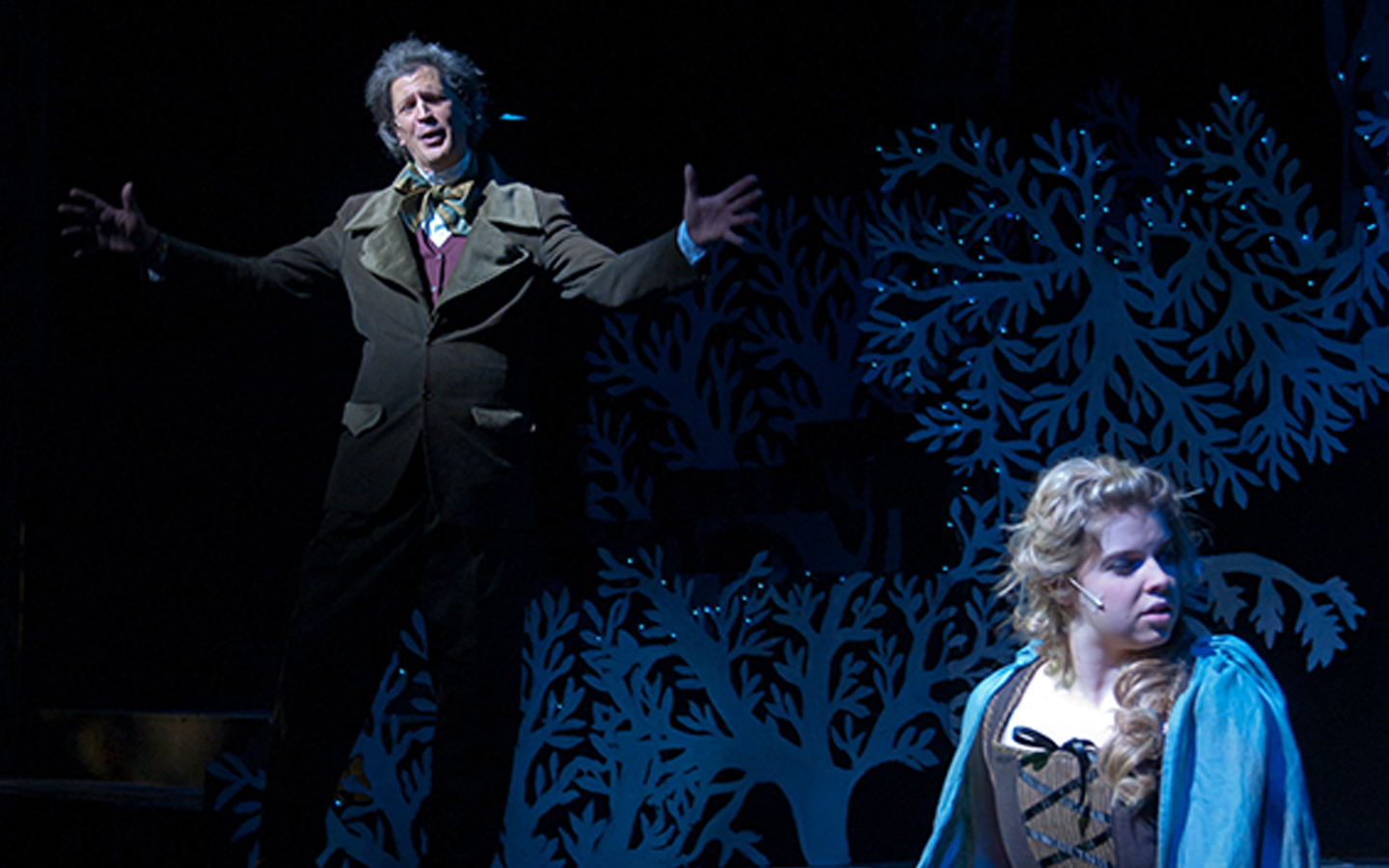 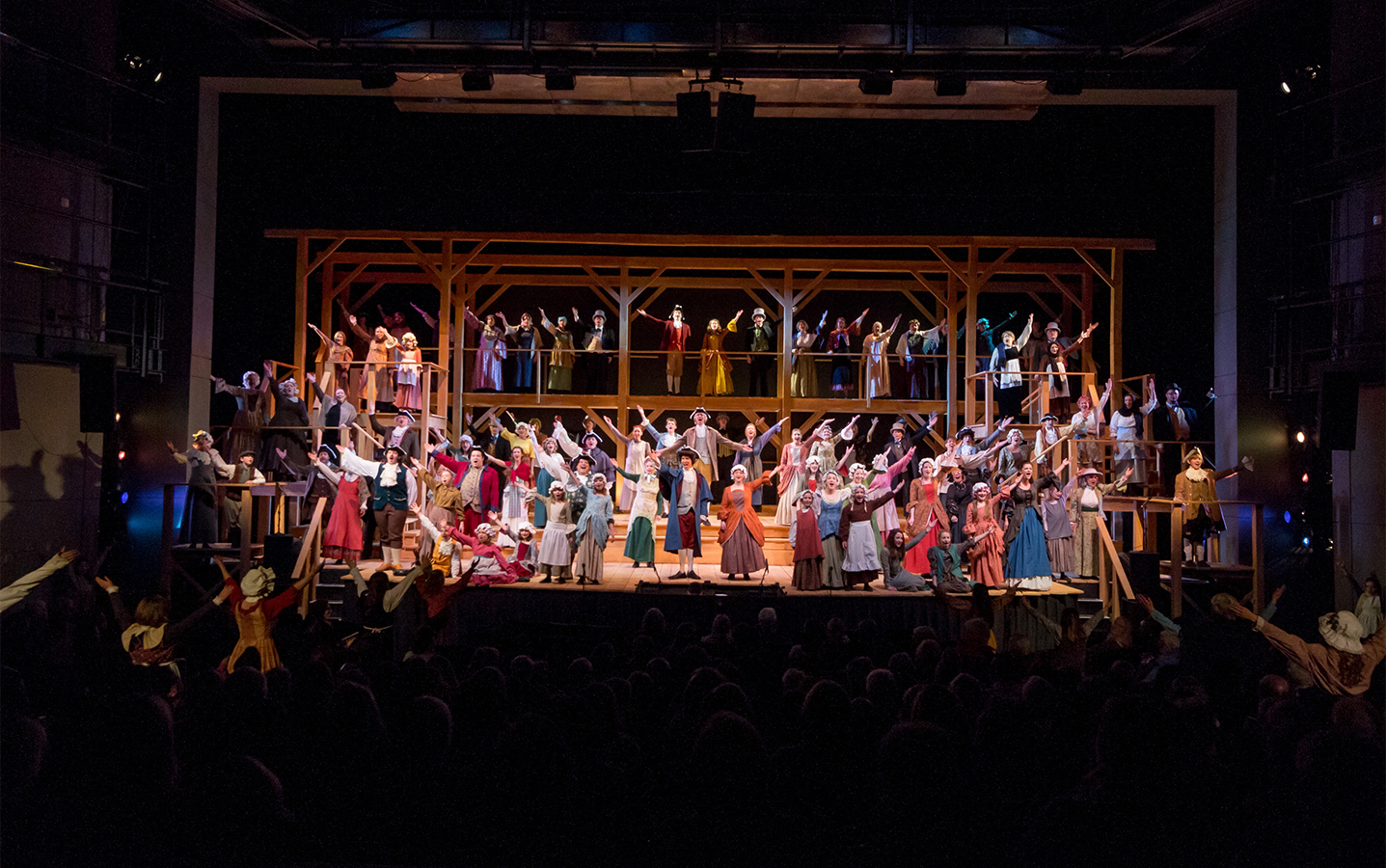 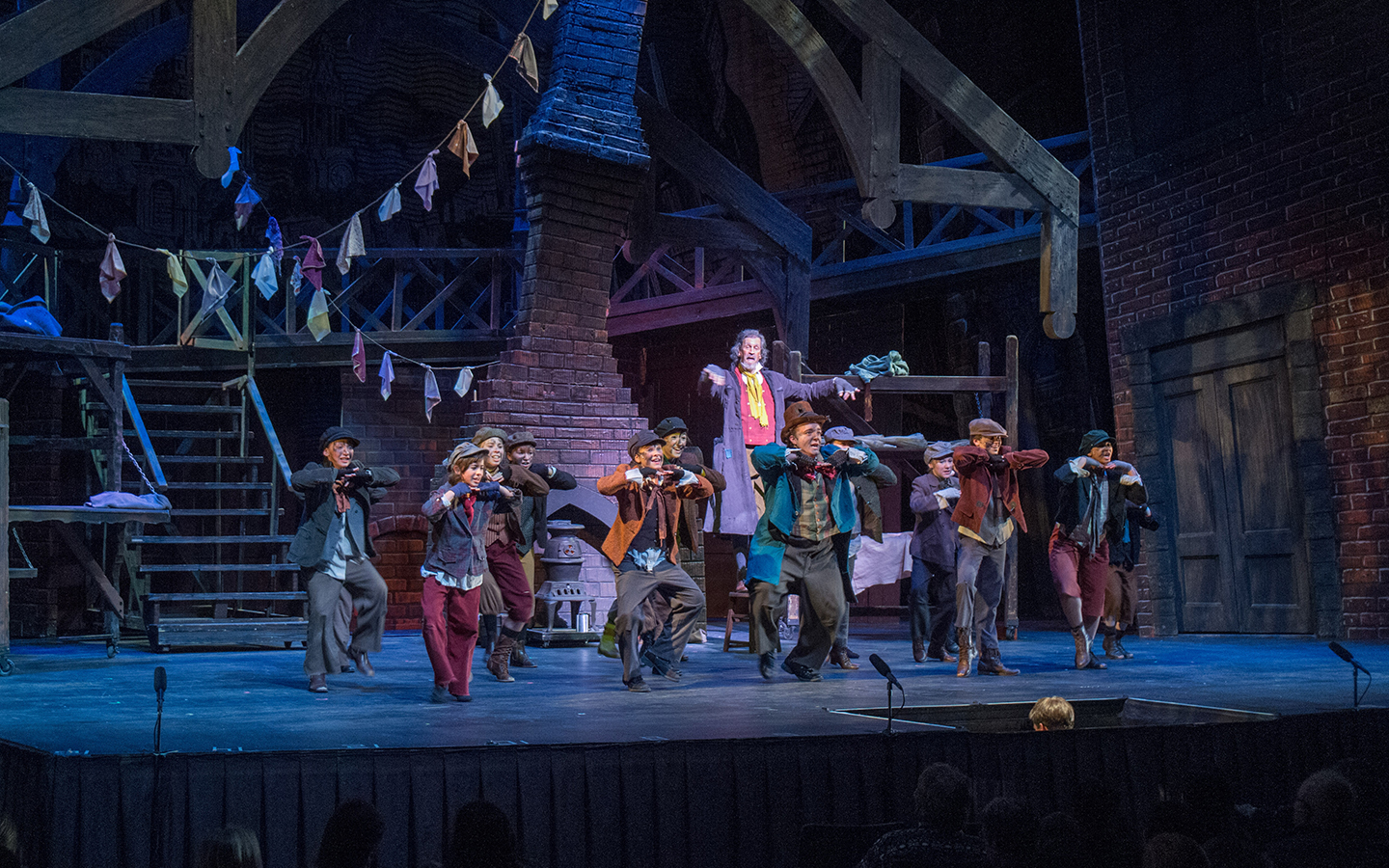 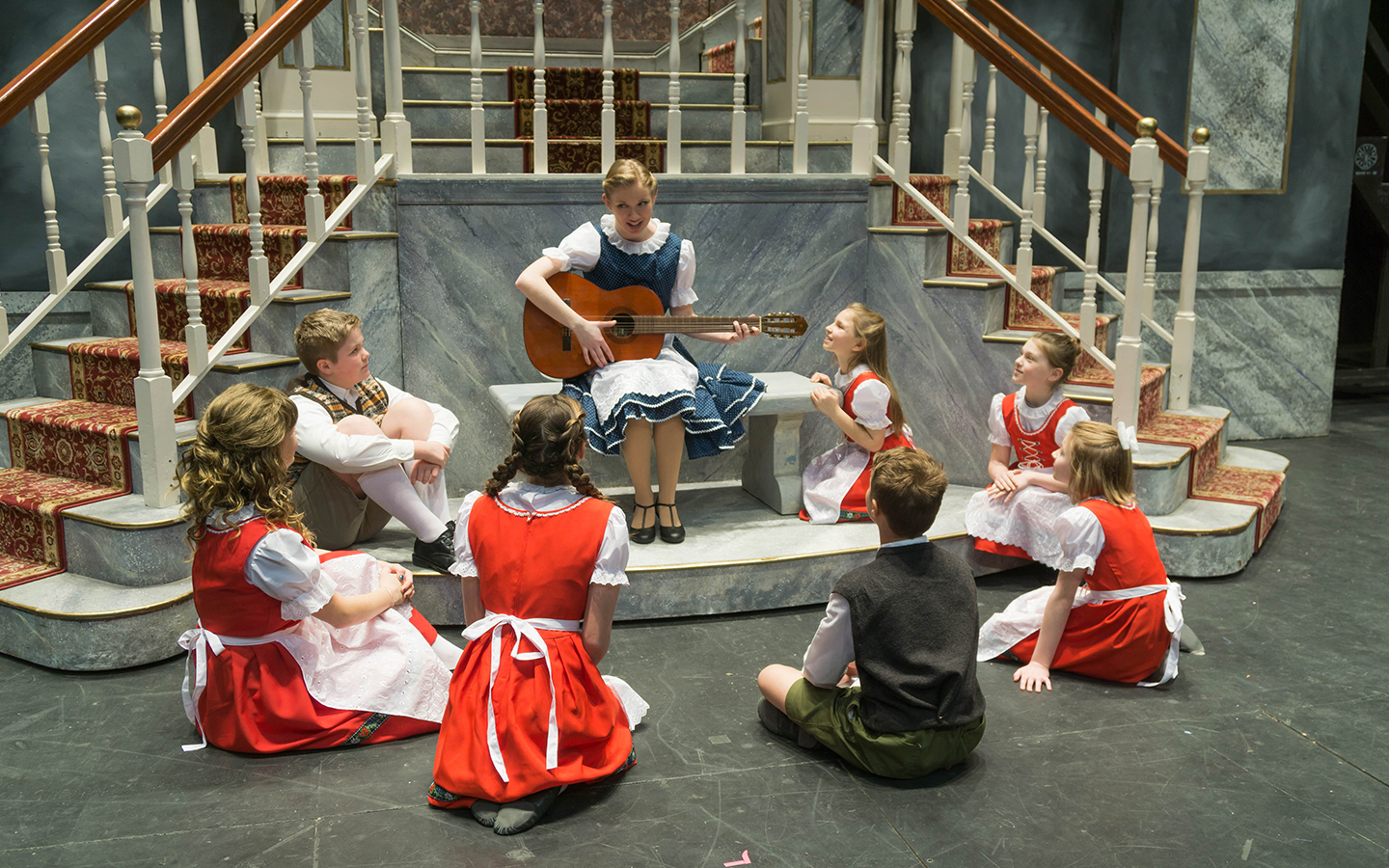 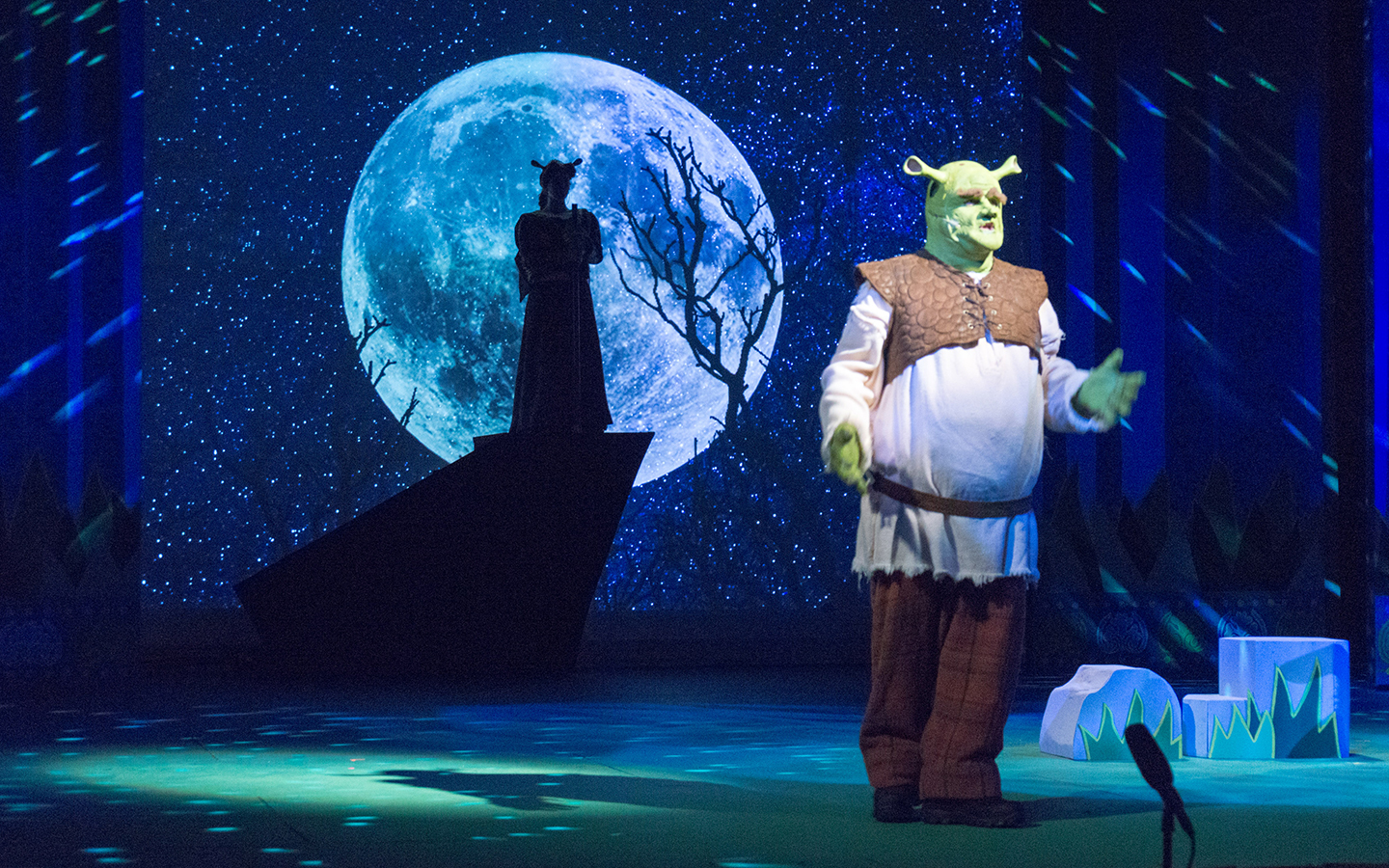 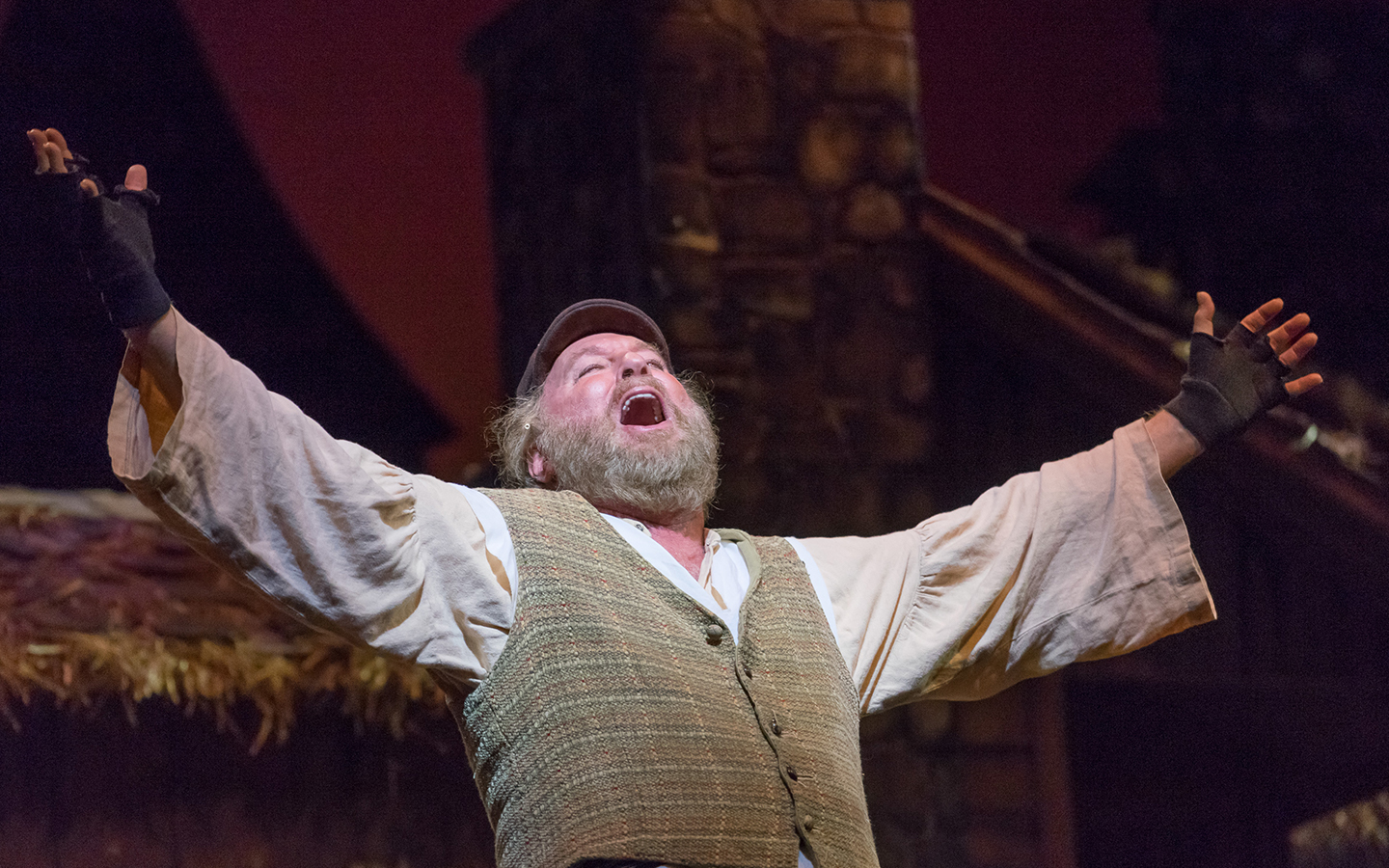 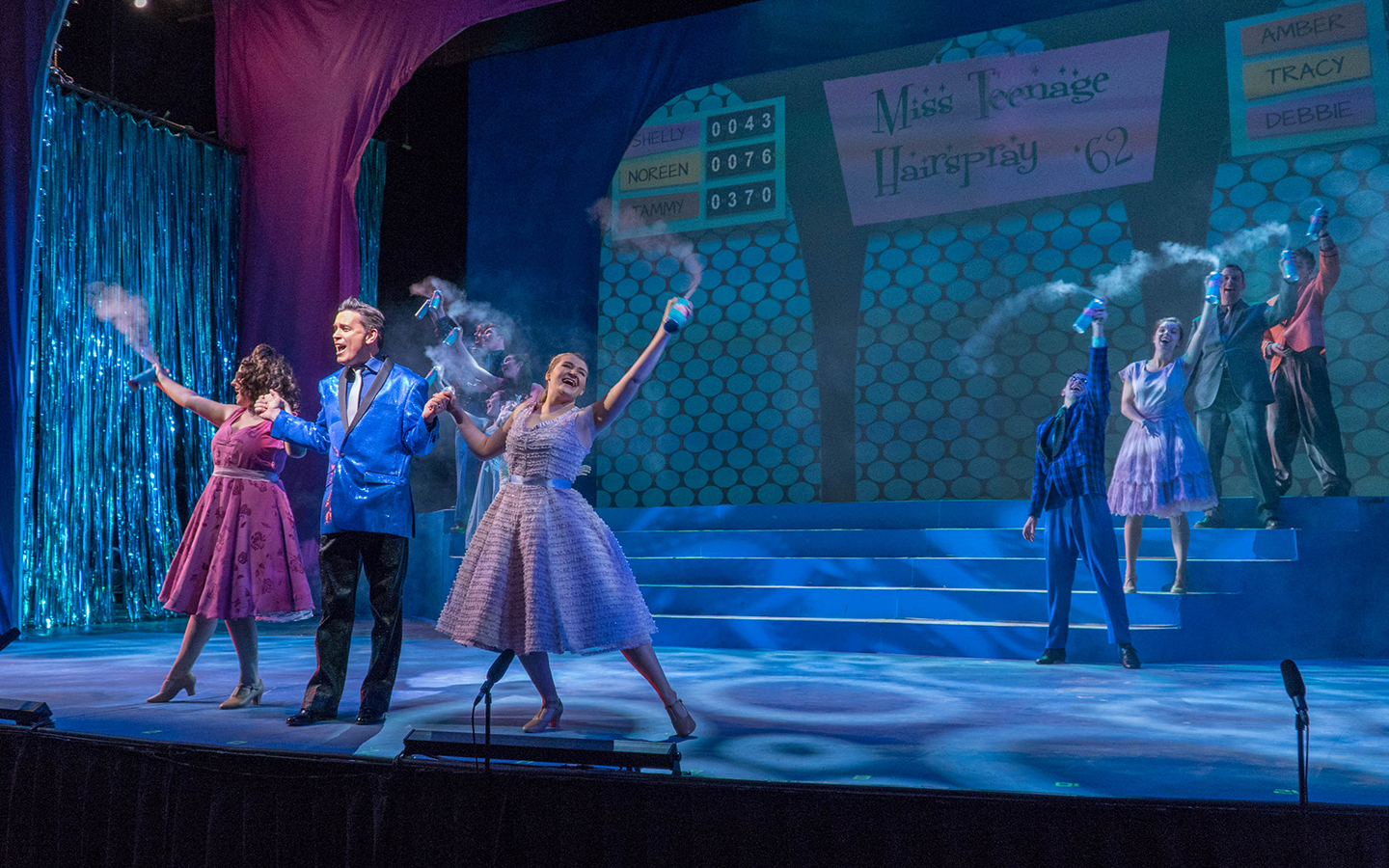 Photos from past performances by John Anderson

A Focal Point of Community Creativity

The collaborative was formed as a joint venture between PSU, Plymouth Elementary School, and Friends of the Arts. The “friends” group has evolved to include the greater Plymouth community itself.

Alex Ray of Holderness, NH, is among the many community members whose creativity has been stimulated by ETC. The restaurant entrepreneur has quite naturally played the part of a chef on stage, but he professes to having had “no interest in the theater” before being introduced to ETC midway through its 25-year run. He attended a performance and quickly made note of ways to make the concession stand more profitable and attract sponsorship for the play program, both of which continue to help sustain an enterprise that is largely self-supporting.

Lindberg recalls with delight Ray’s preparation years ago of a beef stew outside the Silver Center to feed cast and crew. He continues to do so but now cooks at home and brings all the fixings for 150 people. His involvement has deepened and taken many forms since then, including substantial donations of food and facilities for ETC’s annual “Raise the Curtain” fundraiser.

Ray now has a dozen ETC performances under his belt and has witnessed young performers develop poise and polish, with some even advancing to professional gigs. “A lot of them started when they were 8, 9, 10-years-old and are now in their thirties, and in theater,” he says.

He appreciates Lindberg’s attention to detail and constant encouragement of those around her. “Every single actor gets a private personal note from her on opening night,” he observes.

“Something unique and wonderful”

The collaborative’s warm and welcoming environment encourages devotion, and in reviewing his 24-year ETC association Dimmick harkens back to the 2013 production of Marking the Moment as a personal highlight. An original production co-written by Lindberg and Manuel Marquez-Sterling with music by longtime collaborator and Emmy-nominated composer and lyricist William Ögmundson, the celebration of the Town of Plymouth’s two hundred and fiftieth anniversary won the all New England Moss Hart Memorial Award from the New England Theatre Conference. ETC’s 2012 production of The Wild Swans, a Lindberg/Ögmundson collaboration, won the Moss Hart Honorable Mention Award for Community Theater.

For all of Moment’s well-earned accolades, Dimmick was most impressed by something that audiences never saw. A young boy auditioned and was chosen for a part but had broken his leg and couldn’t perform. After a performance concluded and the theatre emptied out, the boy, thinking no one was watching, went onto the stage with his crutches and took a bow.

“It was one of the most beautiful and poignant moments, and I was the only one to experience it,” says Dimmick. “It brought tears to my eyes. In that moment his life was changed and he was imagining changing the lives of others.”

Prestigious awards have shined a spotlight on ETC’s excellence, but in Plymouth itself appreciations tend to be more intimate. Dimmick was playing Captain Hook in the 1996 performance of Peter Pan when his plywood pirate ship gave way and he found himself sprawled out on stage. His ad libbed quip, “Where’s the bloody water?” provoked gales of laughter that people in town remind him of to this day.

“ETC is one of the rare programs where all are welcomed and encouraged to step outside of their comfort zones to create something unique and wonderful,” says Fran Page ’05, a PSU teaching lecturer and director in his own right. “I’ve garnered many long-lasting and meaningful experiences through the 18 years I’ve been part of it.”

On-stage performers represent a small fraction of the thousands of volunteers, faculty, staff, students, alumni, and friends who have made the magic happen through the years. The contributions of Pam Irish, ETC’s business manager; Margaret Turner, who generously opens her home to cast members; Sally Grand, ETC’s graphic designer; and Bob Bruemmer, Silver Center technical director, are just a few examples of those deserving curtain calls.

Creating an atmosphere that empowers all is key to ETC’s longevity and success. Lindberg has achieved numerous honors including PSU’s Distinguished Teaching Award, and has produced, directed, and written over 50 original musicals. She casts a critical eye on productions with big, “star vehicle” numbers that don’t advance the larger story. “The number has to be really, really great and it has to say something,” she emphasizes. She points to The Little Mermaid, in which “Under the Sea”—an undeniable show-stopper—is a vital element due to the tension produced by Ariel’s contemplation of life on land.

“ETC is a labor of love for many, who give their hearts, minds, and souls to creating magic together,” says Lindberg. “The ‘together’ part is the most important, because each one of us leans on the shoulders of another to make this all happen. I am so very proud of all the many individuals onstage and off who have made ETC a reality. You are all bright shining stars!”

All who have been part of ETC’s smashing 25-year run are encouraged to take their bows! 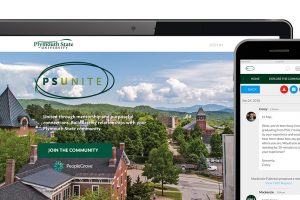 The University’s ambitious goal for alumni-student mentoring is based on 147 years of individual success stories. Generations...
Copyright 2019 Plymouth State University
Back to top