Classes ending in 5 and 0, celebrate reunions at

Class of ’80 and prior classes, please also join us at the

Congratulations to Pat and Jim Goss ’68, who celebrated their 50th wedding anniversary this summer.

Christine Johnson ’71 retired from Special Olympics New Hampshire on March 9, 2016. She says, “It was the best job I ever had!” Christine and her husband, Tom, recently moved back to Manchester, NH, into a downtown high rise. They enjoy spending time with their nine nieces and nephews and eight grandnieces and grandnephews.

Lee Richman Nelson ’72 and her two daughters recently launched a foundation in memory of her husband, Dana Nelson ’69. “We’re incredibly passionate about finding a cure for MS, about funding the research to get to that cure,” said Heather Nelson, foundation vice president. More info. at dananelsonfoundation.com.

Usha Valerie Vailey ’73 is happily married to Vijay Mehta and thoroughly enjoying retirement in South Florida. Usha writes, “I have enjoyed a long career teaching in middle school. Being educated at Plymouth State University was a wonderful preparation for tackling life challenges.”

Peter Cofran ’74, ’88G has retired as director of athletics at Newfound Regional High School after 12 years, where he was recently inducted into the Athletics Hall of Fame. Previously, he had worked at the PE Center for 23 years. He was recently recognized with the National Interscholastic Athletic Administrators Association’s Distinguished Service Award for New Hampshire at the national convention in December in National Harbor, MD. 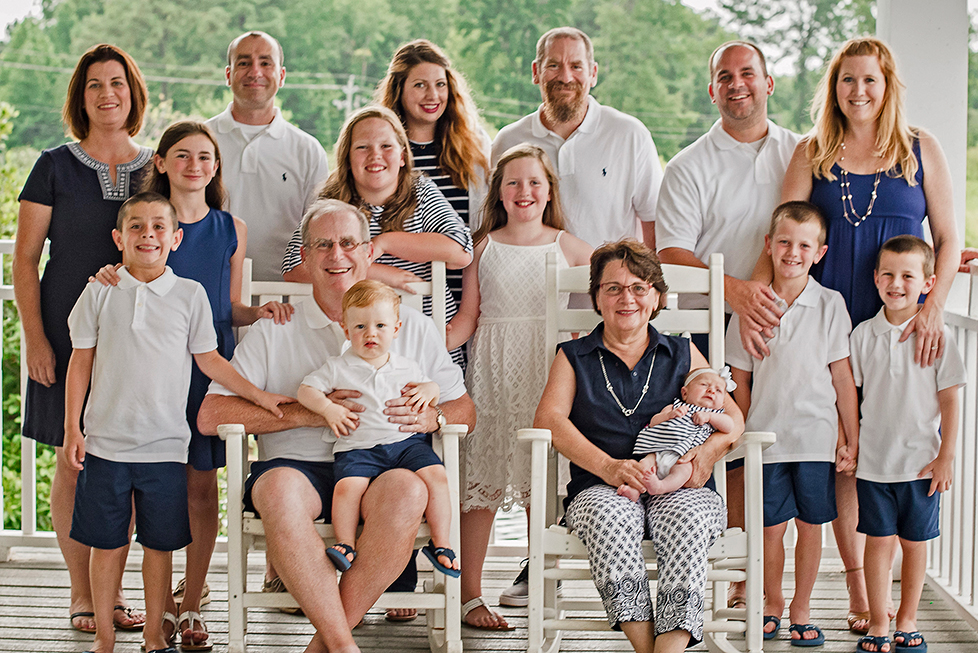 Thomas Riesenberg ’75 retired from Penn Medicine in December, after 43 years in health-care IT. He writes, “This was a fabulous career field. I chose Plymouth State because it was a good school with a small NH town atmosphere and provided me with a solid business foundation.” Thomas plans to visit with his three children, their spouses, and eight grandchildren. 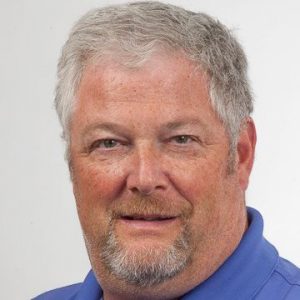 Deacon Paul Gaucher ’75 has relocated his church ministry to St. Mary of the Lakes Catholic Church in Eustis, FL. He continues to operate his sporting goods sales agency.

Deborah A. Pack ’79 has completed 10 years of service at the University of New Hampshire. 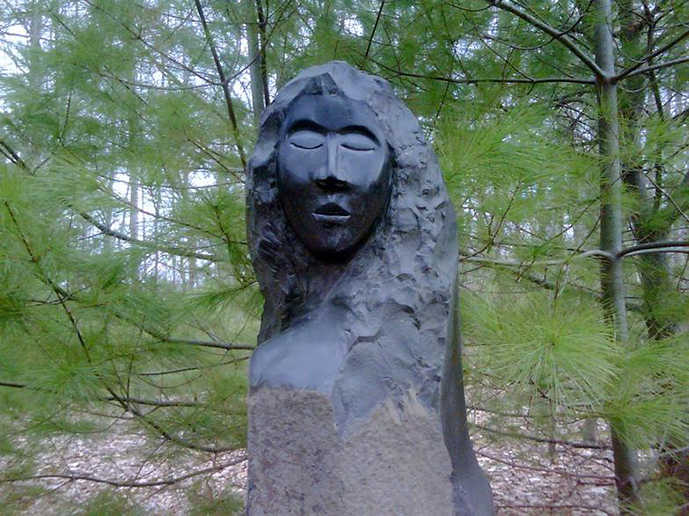 Joseph W. Gray ’80 built a tribute to the child victims of the Holocaust for the New Hampshire Holocaust Memorial in Nashua, NH. “I carved a small girl walking out of an arch of fire from a six-ton piece of NH granite,” he writes. “The tears running down her face tell the story.” Another of his sculptures, Basalt Beauty (pictured above), a tribute to his Native American ancestry, is on display at Alnoba in Kensington, NH. 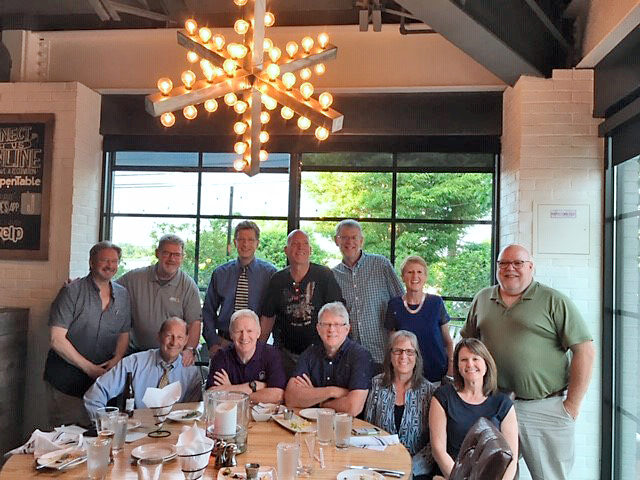 Gary Heckman ’81 retired in 2017 from Aetna Insurance Company after 35 years in Information Technology. Since retiring, he has volunteered at The World Rowing Championships event in Sarasota, FL, and has a part-time job with the Pittsburgh Pirates as a driver in Bradenton, FL. When he is not volunteering or working, he is usually out riding one of his Harley motorcycles. 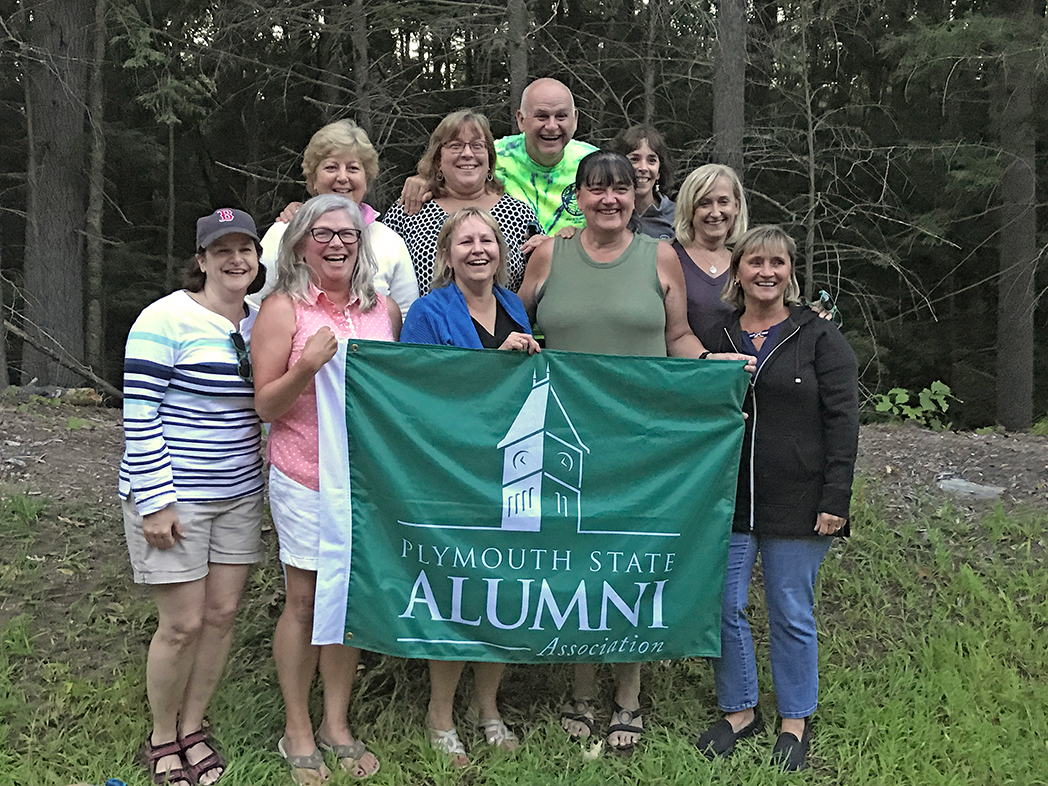 Lloyd Soucie ’87MEd was recently elected to the position of Lions Clubs International District N1 Governor for 2019–2020. District N1 encompasses the provinces of Prince Edward Island, New Brunswick, and three border clubs in Maine: Fort Kent, Fort Fairfield, and Calais. Soucie resides in Fort Kent, ME, with his wife, Leonette Soucie ’87MEd. Both have been retired from education since June 2001. They have a son, daughter, and five grandkids. The oldest grandchild is a graduate of Maine Maritime Academy, and the youngest is in 3rd grade.

Dr. Megan J. Foley ’90 finished her dissertation, “Patriarchal Killjoys: The Experiences of Three (Women) University Band Directors,” and will be awarded her DMA in Music Education from Boston University in May. She thanks Dr. Robert Swift (emeritus faculty), Dr. William Dougherty (former music theory and composition faculty), and the late Bill Gibson (percussion teacher) for their influence, encouragement, and planting of the seed long ago!

Elisa (Pascucci) Burns ’90 will be retiring in June from Lynnfield Public Schools in Lynnfield, MA, after 29 years of service in public education. Upon graduation from PSC, she received a distinguished award within her physical education major. Burns spent her entire career in Lynnfield instilling the importance of movement education. She firmly believes that educating the whole child is an essential piece of a child’s educational journey. She will be recognized by Lynnfield Middle School on June 5, 2020, and by Lynnfield Public Schools Administration and School Committee on June 11. Her husband, Craig Burns ’89, and son, Jake Burns ’19, are fellow proud alumni of Plymouth State. 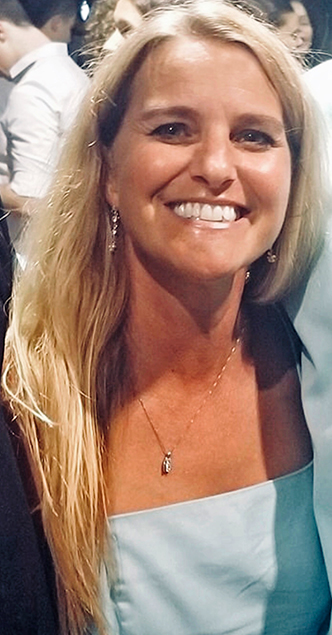 Scott Lemek ’91 has been cancer-free for 13 years!

Diane M. Paillet ’91 writes, “My degree was in management with a minor in math. I honestly had no idea what I wanted to do at that time, but the degree allowed me to understand the many aspects of the business world. I used that knowledge to become VP of sales for an executive recruiting firm for 15 years. I have since left that profession after completing my master’s in secondary education. I am now a middle school science teacher and love what I do!”

Paul T. Flaherty ’98 is a recipient of the 2019 Mister Car Wash, Inspiring Futures “Teachers Who Shine” award. Mister Car Wash recognizes teachers who go above and beyond to inspire their students. In 2019, just 36 teachers nationwide were recognized out of almost 2,000 nominations. Flaherty is flight meteorologist/flight director and science chief at NOAA’s Aircraft Operations Center in Lakeland, FL, in addition to serving as physics adjunct at Hillsborough Community College in Tampa, FL. He writes, “Traveling around the world for work, flying into hurricanes, teaching meteorology at night… my most important job is being the best dad I can be to my beautiful four-year-old (boy/girl) twins. Sometimes I get to sleep.” 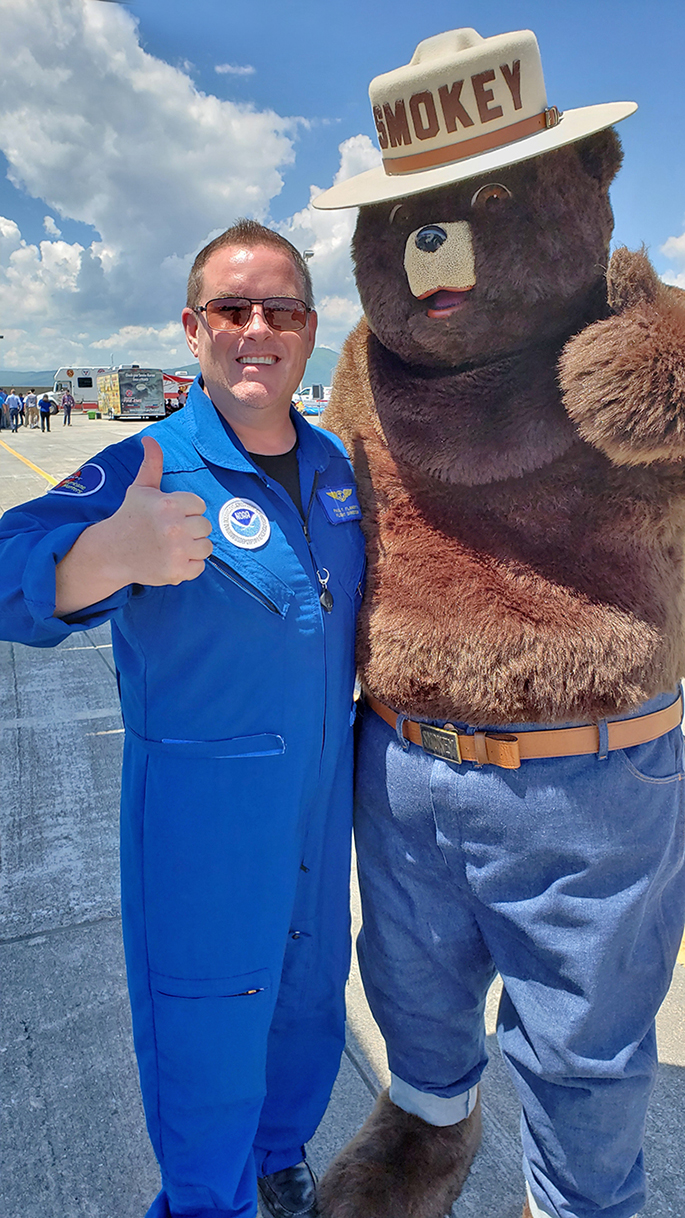 Sarah Morin ’00 (formerly known as Brian) became the first openly transgender educator in the history of the Muhlenberg School District, where she serves as a social studies teacher and grade-level leader. She was recently named to the board of directors of the LGBT Center of Greater Reading, PA.

Chet F. Bowen ’02 is the state director for Community Integrated Services, which received the Compass Award from Community Crossroads for excellent service to the community. He is also a selectman for Goffstown, NH, and in 2017 he became chair of the board of UpReach, a nonprofit equestrian therapeutic riding center. His son, Cameron Thomas Bowen, was born February 26, 2016. He writes, Plymouth State “provided a network of human beings that I could connect with, while simultaneously providing a thorough education. I was allowed to make mistakes, learn from them and grow as a person. … I strive to ensure my employees are allowed the same, and I love to help them grow as not just professionals but also as people.”

Angie Miller ’02, ’11G taught middle school for 12 years before being certified for library sciences and working as a school librarian for five years. From there, she spent a year teaching English in Costa Rica and then returned to teach high school English and history. She says about her adventures, “I’ve had the opportunity to work nationwide with classroom teachers and librarians, transforming what writing, research, and teacher leadership looks like in our public schools.” She has won many awards, including the 2011 NH Teacher of the Year award and was a 2015 National Geographic Grosvenor Teacher Fellow. She is the author of It’s a Matter of Fact: Teaching Students Research Skills in Today’s Information Packed World. 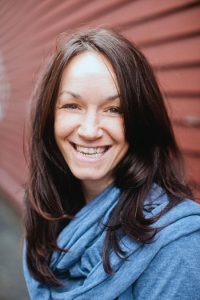 Sandy J. Pouliot ’02G is leaving the classroom after 21-and-a-half years to become the assistant principal at Berlin Elementary School.

Mary C. March ’04G received her second master’s degree—an MFA in new genres—from the San Francisco Art Institute in 2014. Recently, her work has been shown in several museums, including at Intel’s annual conference in Portland, OR (where she was a guest speaker), and the Museum of Contemporary Art Tokyo (MOT), Tokyo, Japan. Her artwork is online at marymarch.com. 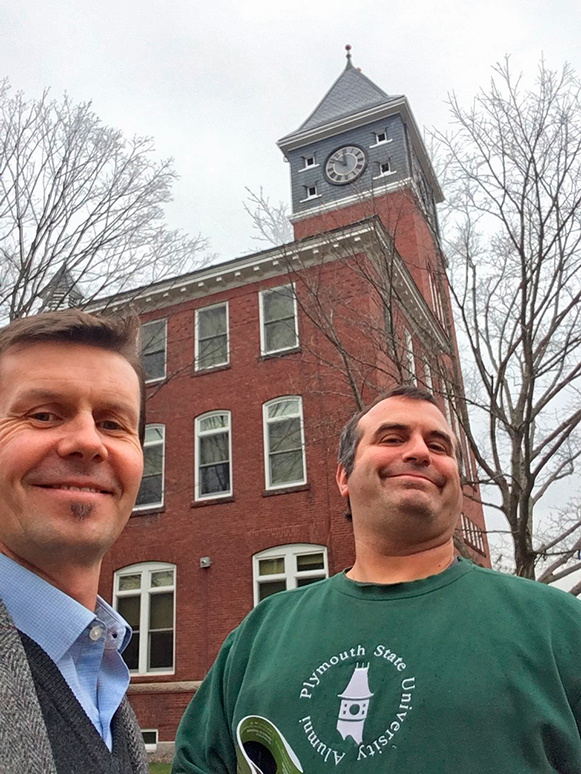 Jessica A. Richardson ’05, ’14G has been named principal of Chichester Central School. “Teaching is in my blood,” she says. “I’m the fifth generation of educators in my family and the fifth generation who went to Plymouth State.” Previously, she was a principal at Henry Wilson Memorial School in Farmington. She is the chairwoman of the New Hampshire Educational Excellence Awards, a program to promote excellence in public education.

Dan Fife ’06 still lives in the Lakes Region of New Hampshire, pursuing his passion for marketing, especially in regard to big-box store retailers. His website, GoGetFifed.com, promotes local businesses and organizations that support autism.

Alejandro Marin ’08 is a claims representative with the Social Security Administration. He writes, “Plymouth State taught me discipline, helping people less fortunate, and that it takes dedication and hard work to achieve your goals.” 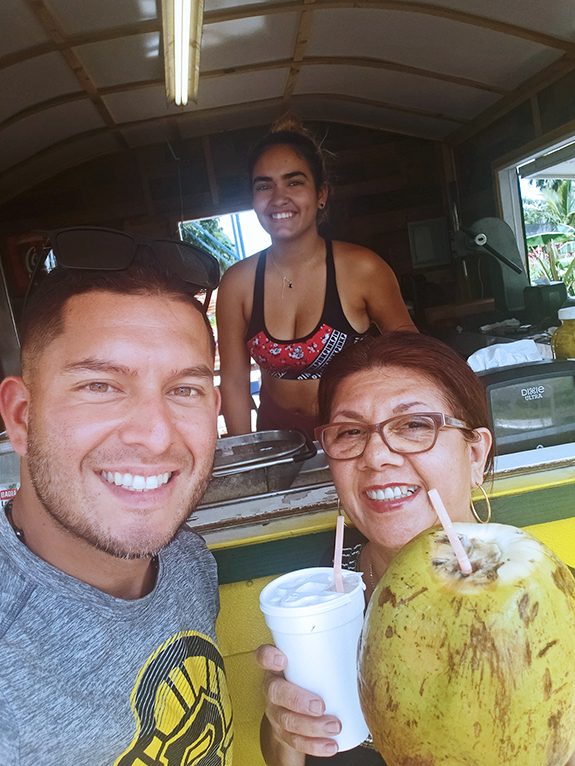 Alejandro Marin ’08 with relatives in the Florida Everglades.

Dustin Siggins ’08 launched a nationally syndicated column through his publicity firm Proven Media Solutions. The monthly column showcases key business principles and commentary from celebrities and industry leaders. “I’m very excited about what this column offers business owners, media outlets, and business groups,” said Siggins. Proven Media Solutions evolved from his time as a business student and Clock columnist, reporter, and editor. Siggins established himself as a political and policy journalist in the Washington, DC, area and has been placed in publications including USA TODAY, the New York Times, the Boston Globe, the Washington Post, and numerous NPR stations. 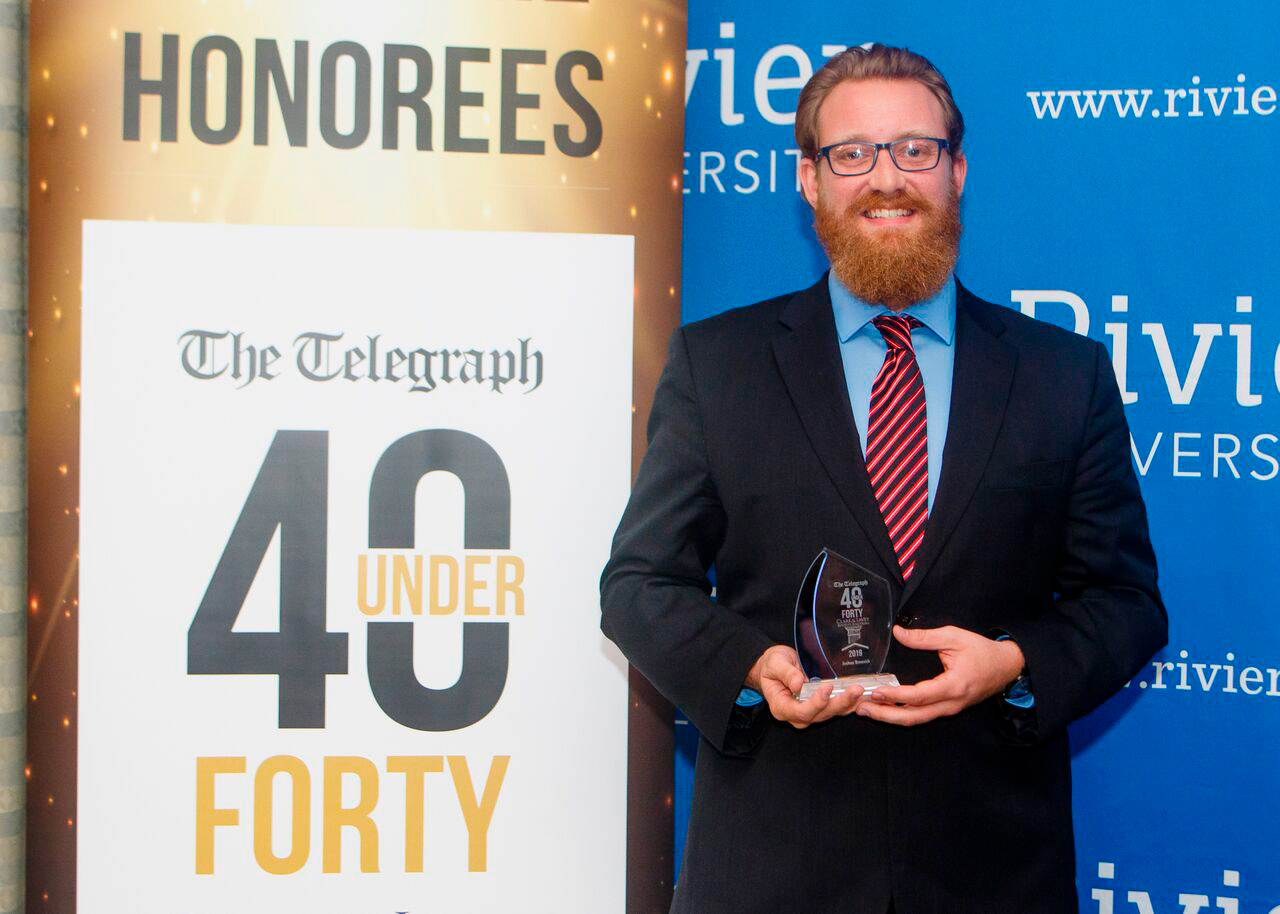 Joshua Brennick ’10 received the Nashua Telegraph’s 40 Under Forty award for his success as the owner of JBrand Media, a digital marketing agency, as well as his contributions to the community.

Kyle Worth ’11, ’18G received the Nashua Telegraph’s 40 under Forty award, honoring individuals for their success with their companies and contributions to their community.

Nicole Woods ’12 obtained her Juris Doctor degree in 2017. The JD is the highest education available in the legal profession in the United States and is considered a professional degree.

Ericha L. Fahrner ’12 is a mental health clinician and case manager at The Mental Health Center of Greater Manchester on its Mobile Community Support Team, one of two umbrella teams under its Assertive Community Treatment Team.

Stephen T. Quinn ’13G is a scientific programmer III, one of the highest levels offered to contractors within his branch of NOAA/NESDIS/OSPO. “The meteorology program and satellite classes offered at Plymouth State prepared me well for my current job of science programming for weather satellite applications and products,” he writes.

Michael Farkas ’14 was voted onto the board of directors of the Massachusetts Foreign Language Association.

Rachel E. Grzejka ’15 joined Residential Life at Plymouth State as a community director in July 2018, after completing her master’s in social work at the University of New Hampshire.

Kate Burgess ’17 is the trip and internship coordinator for Mowglis School of the Open, an all-boys camp in Hebron, NH. She started her master’s at Colorado State University in conservation leadership.

Rebecca Hanson ’17G is the new executive director and trustee of the Newfound Lake Region Association (newfoundlake.org/executivedirector). She will have a leadership role in the watershed protection organization.

Spencer L. White ’17 is working as a paraprofessional at Preble High School in Green Bay, WI.

Caitlin Florentino ’18 is the operations assistant at Madison Resources. She writes, “Plymouth State’s Alumni Association was able to link me with alumni in my area to find a job and make professional connections.” 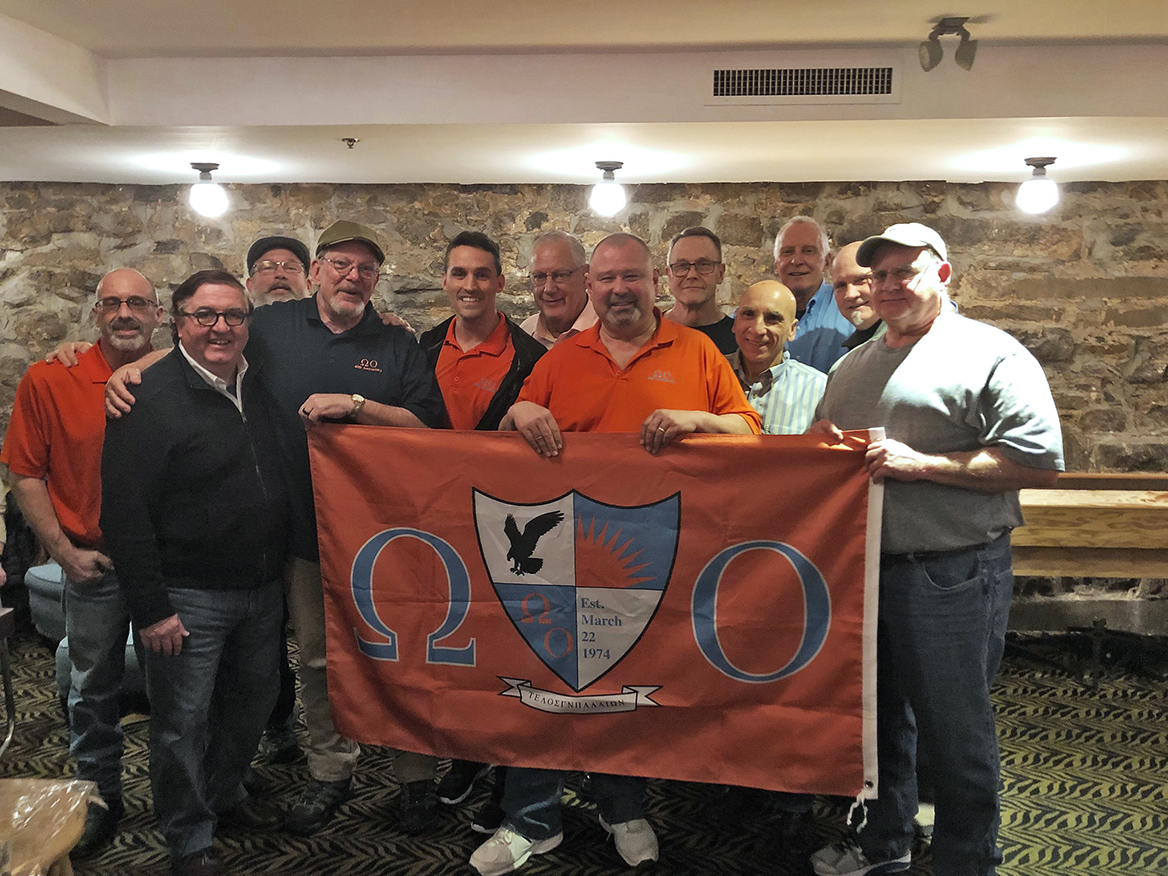 Gathering of Omega Omicron brothers in Portsmouth, NH, this spring 2019, celebrating the 45th year of the fraternity.

Eric W. Perry ’19 is a user support analyst at Dartmouth-Hitchcock Medical Center. He writes, “Every morning I drink my coffee from my Plymouth State alumni mug, and think of … everyone at Plymouth State and the Student Support Foundation who helped me succeed.” 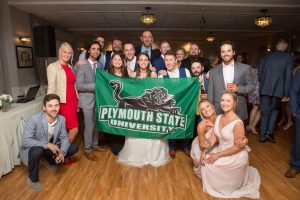