Passing Through: The Allure of the White Mountains 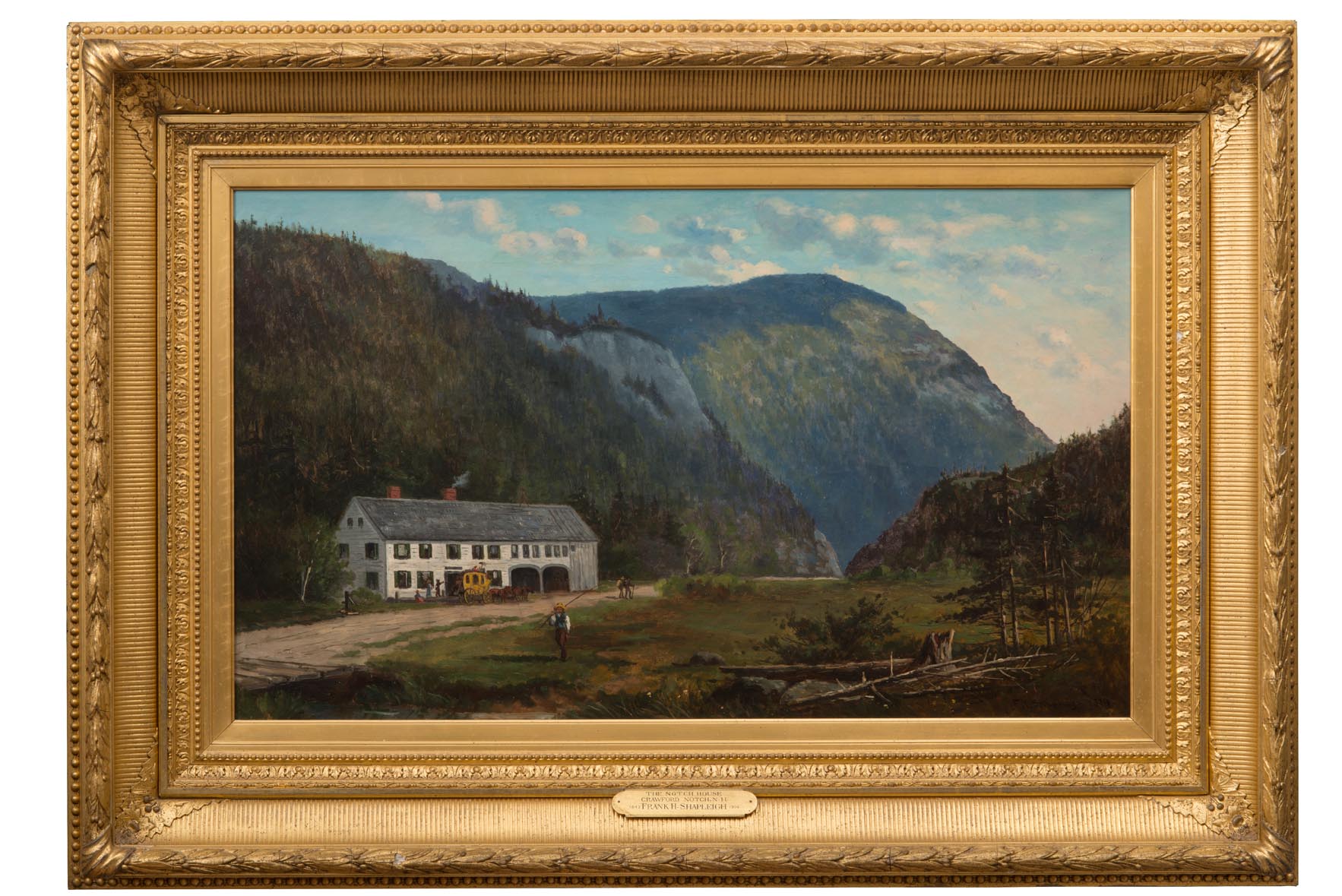 Passing Through: The Allure of the White Mountains, the first exhibition in the new museum, employs images, interpretive panels, films and interactive technologies to invite visitors to question the influence of time and space on human connections with nature.  Focusing on five distinct areas—Crawford Notch, Mount Washington Valley (eastern slopes), the Summit of Mount Washington, the Northern Presidentials, and Franconia Notch—visitors will think more deeply about the White Mountain region and the evolving human experience of it.

Time and space influence perception.  When the first white travelers came to the White Mountains, they traveled slowly along winding trails on foot or horseback. Awed by the towering forests and high peaks in what appeared to them to be a vast wilderness, they were spurred on by hope and fear.  Eventually, some settled as farmers and used Native American trails that eventually morphed into rough roads.  Scientists interested in the mountains explored and reported what they learned.  Artists, tourists, hotel owners, and industry followed.

The speed of travel increased as carriage routes traversed the region.  Space and time between urban and rural dramatically decreased as the mountains were criss-crossed by rail traffic after the Civil War, compressing even further when automobiles brought day travelers to the mountains.   With each change in transportation, time between home and vacation, factory and wilderness, schedules and leisure appeared to shrink while space to explore expanded.

The exhibit will examine how societal conceptions of time and space altered in response to the opening mountain landscape, development of more efficient transportation, and the introduction of mechanical rhythms in a forest formerly governed solely by biological rhythms.

Each of five distinct spaces of the exhibition will have landscape paintings that capture the diverse perspectives of the landscape.  Some of the images depict the mountains as dark and foreboding, looming over the valleys and creating a sense of isolation and loneliness. Other images convey a sense of majesty or transcendence over the valleys where the mountains evoke a sense of awe, but they do not tell the whole story.

The romantic layers will be stripped away to reveal the changing relationship between humans and the White Mountains through historical maps, postcards, prints, photographs, stereoscopic views, diaries, letters and literature. The stories of tragedy and survival will engage the viewers’ senses and allow them to experience the interpretation on an emotional, as well as an intellectual, level. The exhibit will engage participants in debates that are crucial to understanding how human interaction with the mountains changed with alterations in nineteenth-century conceptions of time and space.

The exhibit’s goal is to encourage the viewer to think about changing notions of why the White Mountains matter for the nation, the region and the individual.