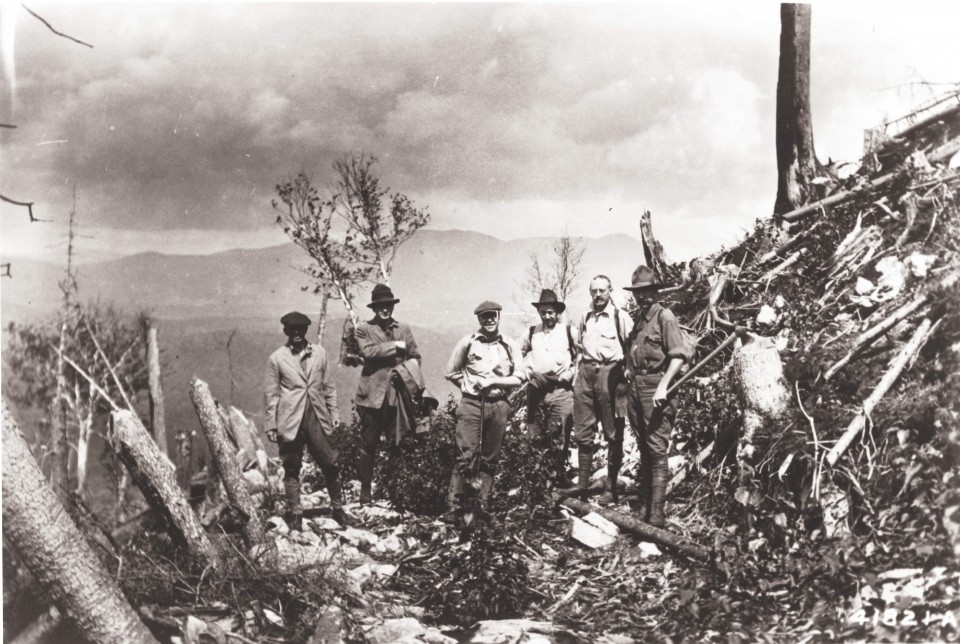 On January 10, 1903, the New Hampshire legislature approved the creation of a federal White Mountain reserve “by purchase, gift, or condemnation according to law.” It also approved the expenditure of $5,000 to survey the White Mountains for such a purpose. In national publications, Ayres recognized that the movement was “an attempt to preserve what remain[ed] of the forest cover” and reiterated that the state alone could not do that. “State ownership … cannot be brought about except gradually and meantime the virgin forests are rapidly disappearing.”

Ayres addressed Congress for the first time in 1902. He gained the support of various national groups: from the American Pulp and Paper Association to the American Forestry Association. He wrote articles in the Concord, Manchester, Boston, and

New York newspapers, urging readers to contact their congressmen to protect both the scenic and business elements of the White Mountains. Largely at Ayres’s urging, Senator Jacob H. Gallinger and Representative Frank D. Currier, both of New Hampshire, introduced the first White Mountain forest “reservation” bill into Congress in December 1903. Over the next several years, it moved slowly through various committees and hearings. 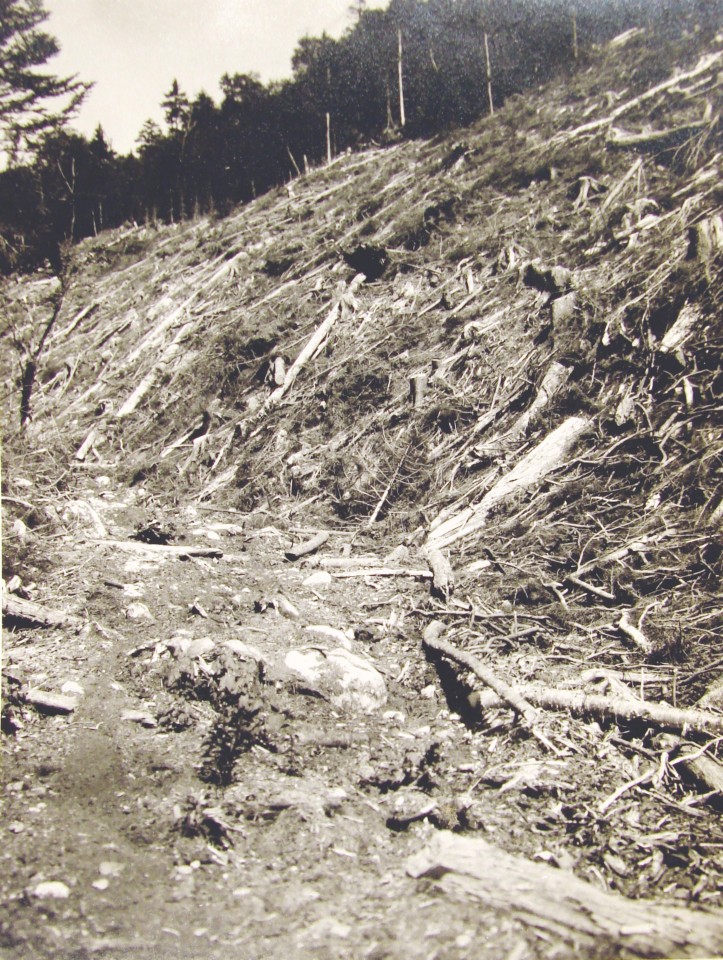 The Hymn is dedicated to the preservation of our American forests,
and has been written for use in public schools…As a teacher, you want this Hymn as an aid in turning the hearts of your pupils toward the great heart of Nature.”
“Preserve, O God, the forests fair
Of vale and sun-crowned hill,
Whose verdure rich
and fragrance rare
The earth with glory fill. 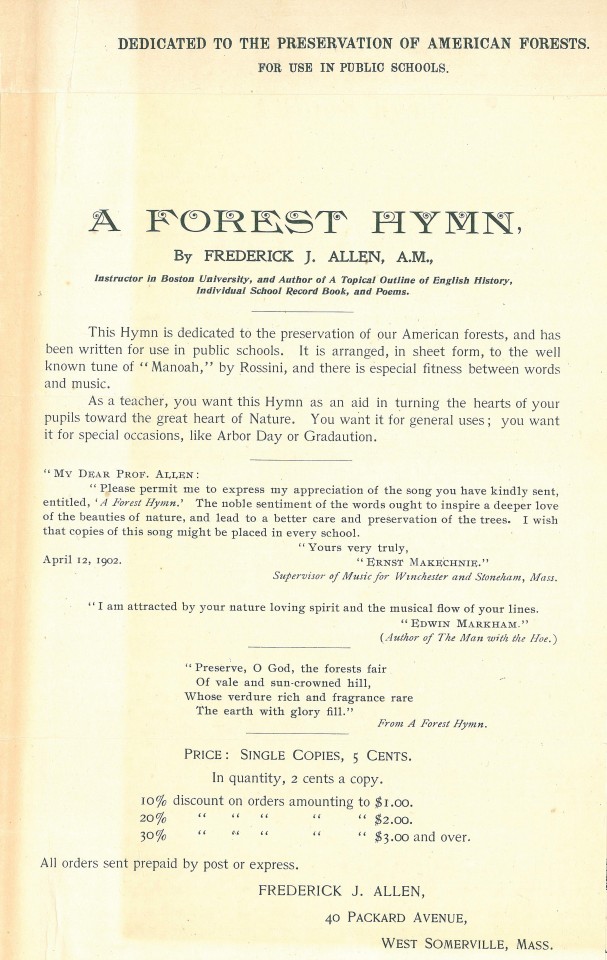 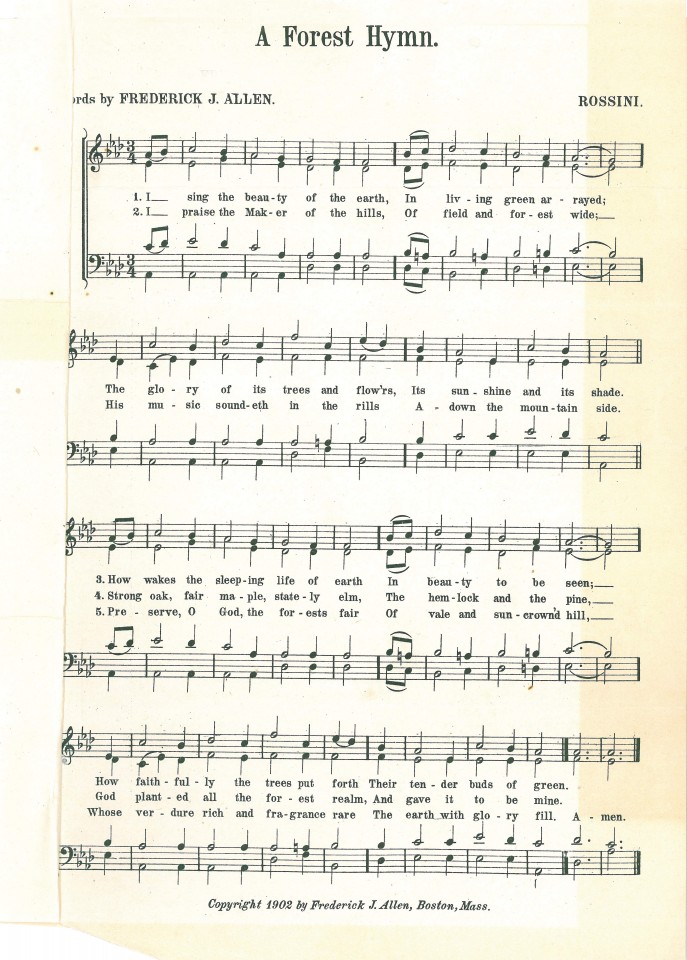