The Path of Destruction 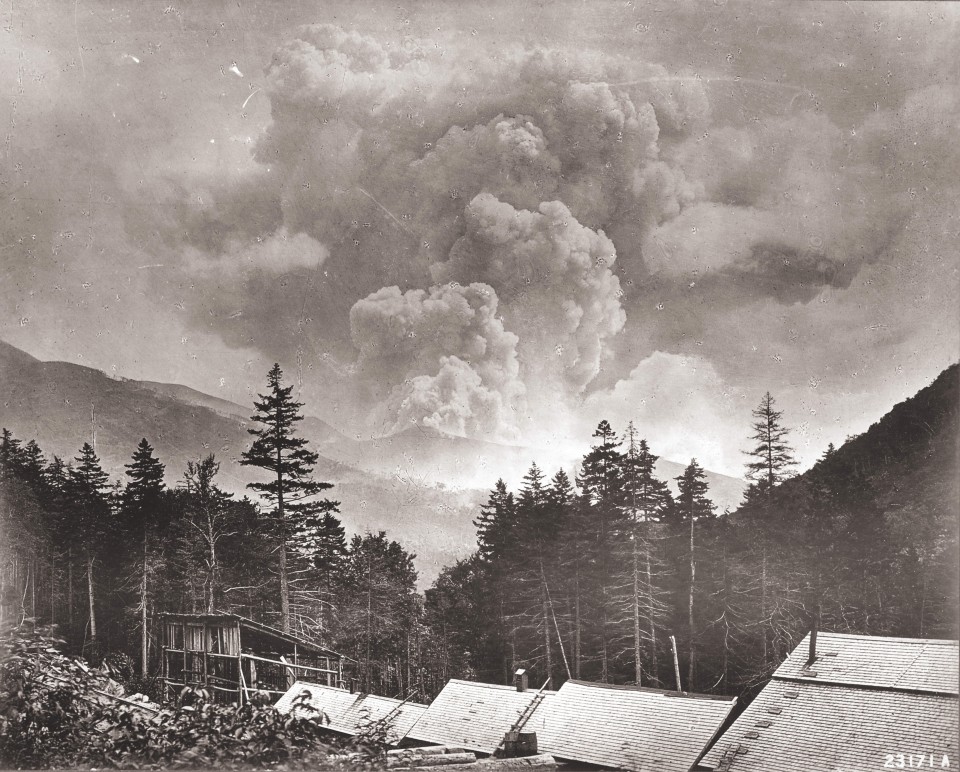 Logging continued without restriction as the pulp mill industry slipped into high gear during the 1880s. Clear cuts became the norm because pulp mills could use trees of all sizes. The fires that followed the woodsmen left behind a blackened, gnarled landscape. 1886 was a watershed year: more than 12,000 acres were burned in the Zealand Valley. On July 7, 1886, Marian Pychowska was hiking just off the Davis Path when she noticed a fire. “Earlier in the day we had noticed the smoke that rose from behind Mount Franklin. Now it had filled Crawford Notch and drifted way round to Conway, while great yellow-brown volumes rolled up from the increasing fire, making the southern landscape all lurid.” The fire was still raging on July 16 when George N. Cross recorded in his diary:

All day great volumes of smoke have been rolling up from a mighty forest fire on the other side of the Carters in the great wilderness. Tonight there is a lurid light above the treetops. Only rain will extinguish this fire.

The smell of smoke reached the state capital and ashes covered the drying laundry in Manchester. After the 1886 fires, “public opinion moved slowly toward a conservationist view, not only among summer visitors but [also] within the state.” During the 1890s, there were up to 800 fires a year. All concerned with the long-term vitality of the White Mountains called for change. 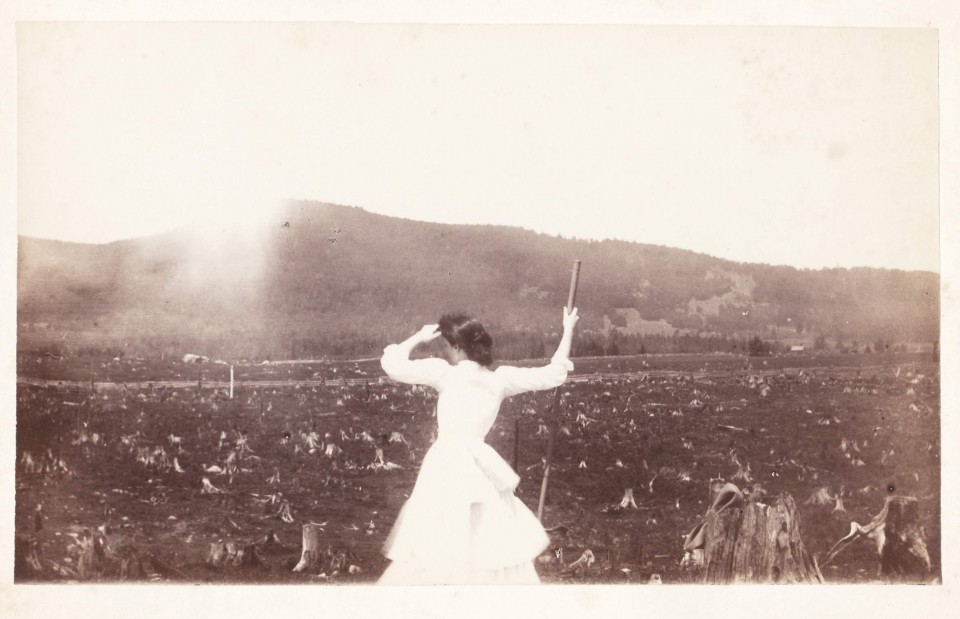 Surveying the landscape—Jefferson 1885 Notice the field of stumps she is standing in, and possibly the smoke in the air from yet another fire Photo courtesy of Mary Jane Chase