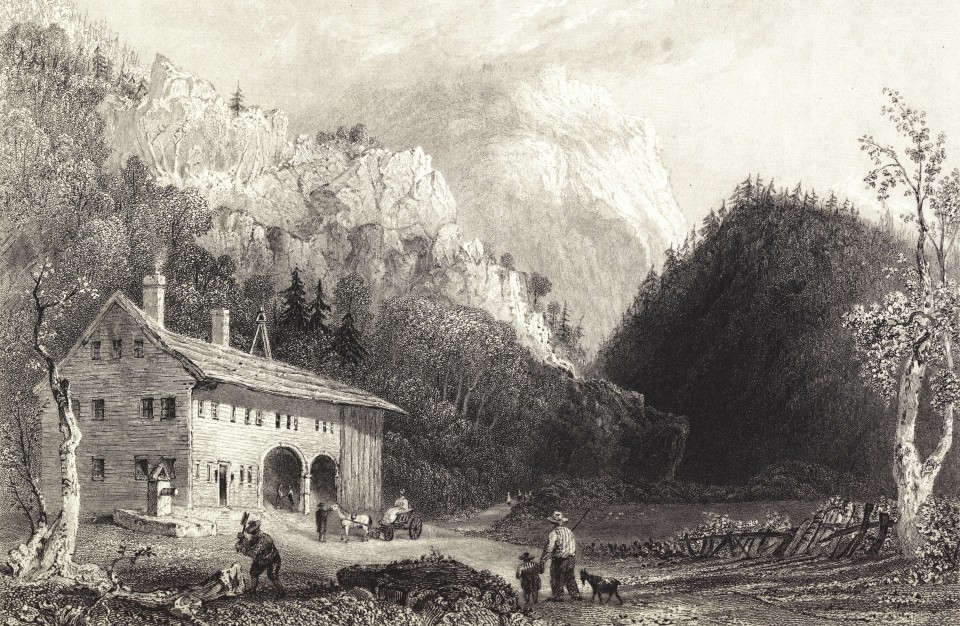 The first inn of the White Mountains was a rough tavern built in 1803 by Eleazar Rosebrook. His descendants in the Crawford family worked their farms, constructed roads, and accommodated travelers in what was soon known as Crawford Notch. By 1819, the Crawford inns were along “the principal, if not the only, market road then traveled by the people…from the upper part of New Hampshire, and even west of Vermont.” Travelers began to look for ways to experience the beauty of the mountains. In 1819, Ethan Allen Crawford and his father Abel cut a path to the top of Mount Washington and in 1827 they widened the path for those on horseback. “It was advertised in the newspapers, and we soon began to have a few visitors.” This marked the beginning of the scenic tourist trade. 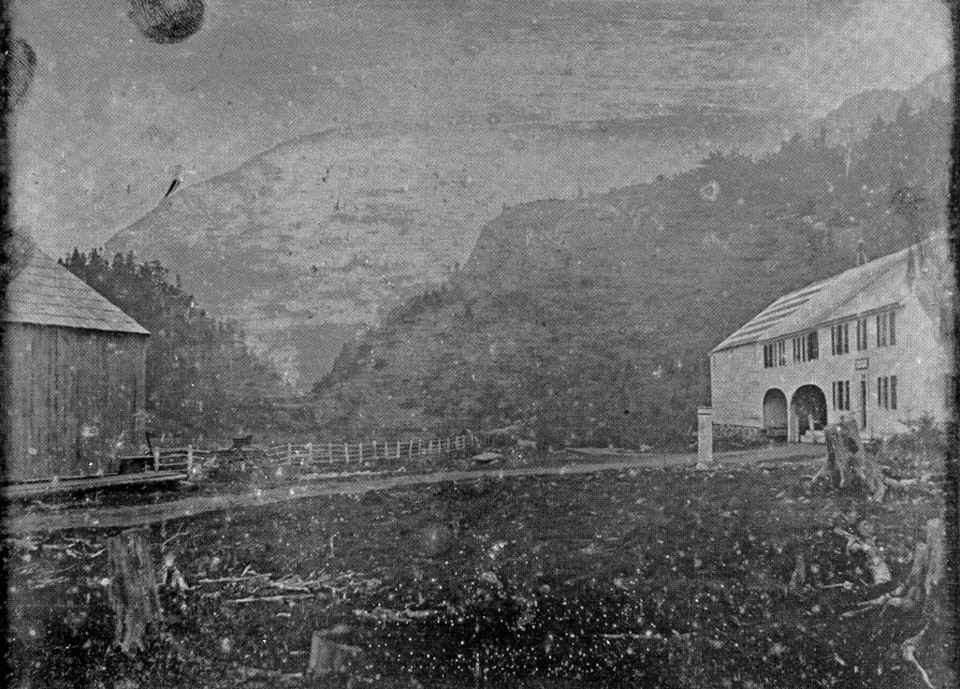 A wide variety of people traveled from far and wide to visit the area. In 1832, Nathaniel Hawthorne wrote, “Ethan Crawford’s guests were of such a motley description as to form quite a picturesque group, seldom seen together except at some place like this, at once the pleasure house of fashionable tourists and the homely inn of country travelers. Among the company at the door were the mineralogist and the owner of the gold opera glass whom we had encountered in the Notch; two Georgian gentlemen, who had chilled their southern blood that morning on the top of Mount Washington; a physician and his wife from Conway; a trader of Burlington; and an old squire of the Green Mountains; and two young married couples, all the way from Massachusetts, on the matrimonial jaunt. Besides these strangers, the rugged county of Coos, in which we were, was represented by half a dozen woodcutters, who had slain a bear in the forest and smitten off his paw.” 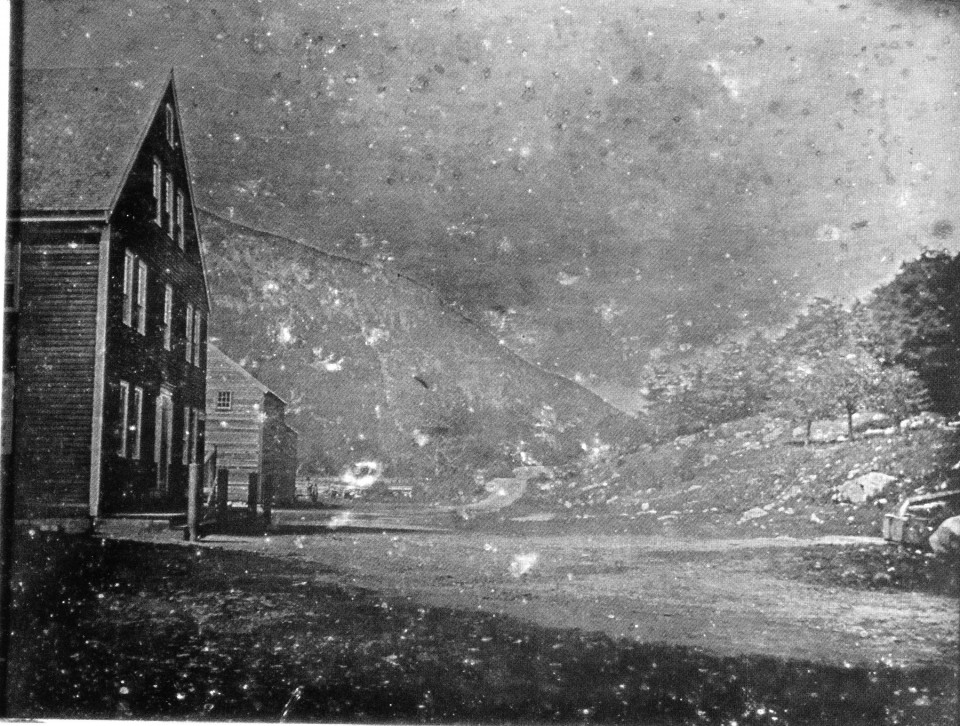