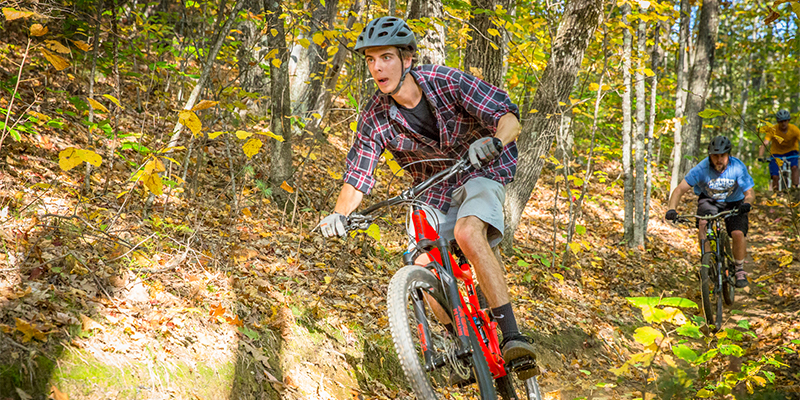 I began to get into mountain biking my freshman year of high school. As I stared to lose interest in the more popular sports like baseball, basketball, soccer, etc, mountain biking became my thing. It began with trail riding on the local trails in my hometown of Concord, Massachusetts. Nothing major, just your averaged cross-country trails. It wasn’t until I found out about Highland Mountain Bike Park that my interest in the sport took off. It was during this time I found a bump in the road, that was money. Some may not know, but mountain biking can be an extremely expensive sport to be involved in. Between the bikes, protective gear, and lift tickets, it can get pretty costly. My solution was getting a job at a bike shop. This allowed me to make money, and love what I do. 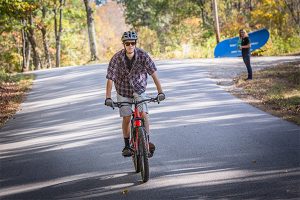 Fast forward three years to my junior year in high school. I had begun to look for colleges. I was very specific about my college search. I knew I wanted to go to a school that had a mountain bike team or club. I also wanted to be close to my home mountain Highland, where I learned and honed in my downhill mountain biking skills. This is when I found Plymouth State University. It was just South of the White Mountains where I could ski in the off season, and just thirty minutes North of Highland Mountain Bike Park. For me this was the perfect school. The icing on the cake was the fact that they had a mountain bike team! I knew from that point on I wanted to go to Plymouth State.

During the application process I decided to do a tour of the school. I made sure to ask about the mountain bike team prior to visiting. Ava Tyler, who at the time was part of the admissions team for Plymouth State, set up a meeting with the president of the team. Unfortunately, he was unable to make it so I ended up meeting with one of the team riders, Ben Manning, who is now the acting president of the team. This meeting really sealed the deal for me. I was able to build a connection with a current student which lead to me being embraced by a community driven around the sport that I love. The meeting with Ben and the support of the admissions team at Plymouth State were very helpful to making sure that I got in touch with the right people, as well as make me feel as comfortable as possible.

The mountain bike team at plymouth state is a very close-knit group of friends that just love to ride bikes. Joining the mountain bike club—this goes for joining any club or organization at the school—gave me the opportunity to make friends right off the bat. The sense of community and belonging that club offers is like no others. I felt immediately comfortable. It was as if we had been friends for years. This completely eliminated that awkward first semester of school where you are constantly trying to make friends. As a team, we traveled to races located all over New England. This lead to the qualification for Nationals allowing myself and teammates, Ben Manning and Connor Macgregor, to travel to Missoula, Montana. All this happening just by coming to Plymouth State University.

I found the perfect school in the perfect location and it has provided me with so many life changing experiences. Who knows what’s to come in the next three years of my college career. 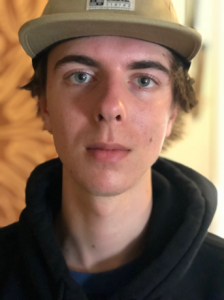 Sawyer Murphy ’21, is a first-year student at Plymouth State from Concord, Massachusetts. Sawyer is finishing up his first year on the Mountain Bike Team. His favorite activity is not road biking.