Bringing Education to Life: Utilizing the Standardized Patient at PSU 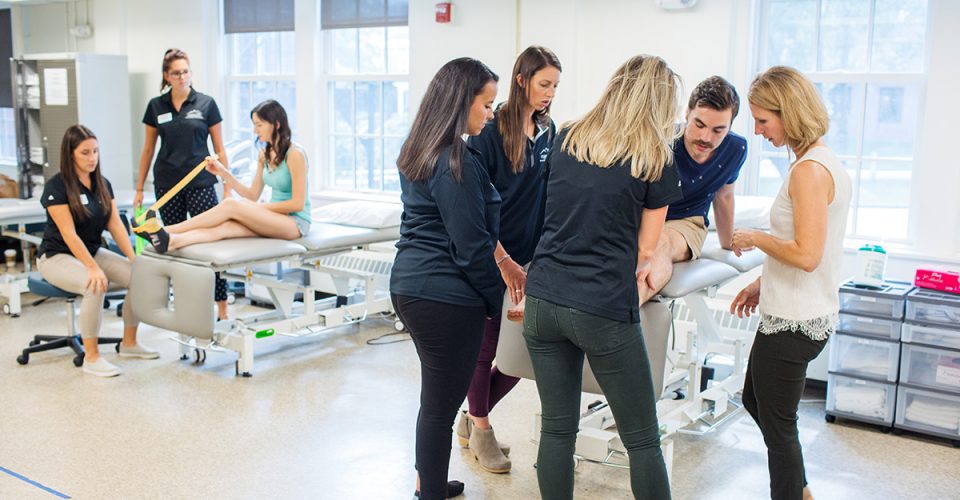 The value of real-time learning for students in health care professions such as nursing, counseling, and physical therapy is in applying classroom knowledge and refining clinical skills through engagement with real people. “You think you know your stuff, but when you’re confronted with a live person, it’s a whole new experience,” observes Doctor of Physical Therapy student Jessica Quinn ’20DPT. “You quickly discover that everything doesn’t go by the book—what you’ve learned in class can be quite different from real life. When the book says that the patient should be showing symptom ‘x’ and they’re not, you suddenly find yourself thinking, ‘Now what?’”

It’s just these types of teachable moments that educators in PSU’s physical therapy, counseling, and nursing programs seek to create using Standardized Patients (SP): individuals trained to act like real patients to simulate a set of symptoms or problems. And to make the experience richer still, Plymouth State is training its own students and faculty members to act as those SPs.

The initiative was set in motion by PSU’s Director of Physical Therapy Dr. Sean Collins shortly after he arrived on campus in 2015. Collins approached Paul Mroczka, chair of the University’s Department of Music, Theatre, and Dance, about the possibility of theatre students acting as patients for the University’s new Doctor of Physical Therapy (DPT) program. The two quickly realized the idea had the potential to foster interdisciplinary initiatives across campus. Indeed, in some respects it presaged President Birx’s introduction of the University’s new Integrated Clusters model, says Mroczka. “The fact that we could combine seemingly diverse disciplines in one specific area and see how they related was very exciting,” he recalls.

In summer 2017, Mroczka and Dr. Kelly Legacy, a clinical assistant professor and director of clinical education in the Department of Physical Therapy, and ten other PSU faculty members realized the first step in their plan by taking part in a two-week SP training course led by faculty from the University of Illinois College of Medicine at Chicago. Next, Mroczka offered a fall semester SP course to a dozen PSU theatre majors, then worked with Legacy to deploy the newly trained students as Standardized Patients in a fall DPT Objective Structured Clinical Examination, commonly known as an OSCE.

The experiment was a great success, says Legacy, and the PT department will continue to employ SPs in OSCEs moving forward. “The ability to offer emerging health care professionals the opportunity to practice their skills in a safe but practical environment is so important.” But Legacy doesn’t stop there. “We envision a host of potential offshoots for the use of Standardized Patients here at the University that goes beyond the medical field. For example, a Standardized Patient—under a slightly different name of course—could pose as an employer interviewing a student or a business person evaluating a proposal.”

Legacy also believes that the Standardized Patient program offers Plymouth State an important opportunity to differentiate itself in the educational community. “I’m not aware of any other colleges or universities that are drawing individuals from their own student body to train as SPs,” she explains. “We’re providing theatre students with valuable acting opportunities and giving every student we train a marketable skill. Further, by training and using SPs, we’re creating experiential learning opportunities for our students and establishing practices that we could share with other educational institutions via a consulting role.” 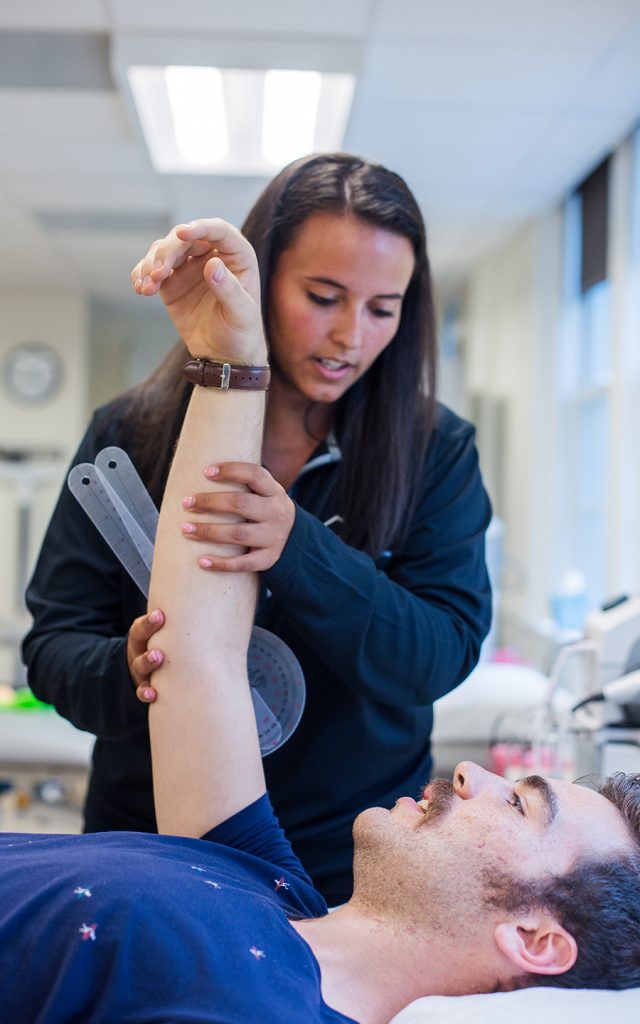 Members of PSU’s nursing faculty are equally enthusiastic about the potential impact of the Standardized Patient program. Dr. Donna Driscoll, one of the lead organizers of the nursing department’s May mock disaster drill, was delighted with the authenticity that the Standardized Patients added to the exercise. “Giving students the chance to assess and triage real people, rather than mannequins, increased the educational impact of the exercise significantly. I think the theatre students who acted as the SPs benefited as well—they had a chance to test their acting skills and had the valuable experience of providing our nursing students with positive as well as negative feedback, something that isn’t always easy to do. I’m hopeful that in the future, we can integrate Standardized Patients into every level of our program.”

“The nursing department is very excited about creating new interdisciplinary learning opportunities for students, particularly within the campus setting,” agrees Clinical Assistant Professor Julie Fagan, who deployed SPs for a mental health lab simulation this summer. “Nursing students told us afterward that they felt like they had learned much more working with SPs than with mannequins, as they felt they could suspend disbelief and fully commit themselves to the experience.”

DPT students are enthusiastic about SPs as well. “I’m very grateful for the opportunity to work with Standardized Patients—it’s a fantastic way to bridge the gap between book learning and the clinical setting,” says Diego Gatica ’20DPT. “While working with mannequins and other students is helpful, the background information identified by the SPs, e.g., their environmental, personal, and social/behavioral factors, simulates a realistic approach with regard to treating patients who have clinical presentations of different musculoskeletal conditions.”

The feedback received from Standardized Patients following the simulations is also incredibly valuable, says Kayla Jones ’20DPT. “I found it extremely helpful to have the chance to ask the SP questions about my performance, for example, ‘How did I do as a therapist and as a person—did you feel like I cared about you as a patient?’ We can be helpful to the theatre majors who are serving as the SPs, too, because we can give them feedback on their acting skills. It’s a win-win.”

Mroczka has been so impressed with the concept’s potential that he now serves as director of PSU’s Standardized Patient Program; he is spearheading an initiative to offer an SP course in the spring 2019 semester and an interdisciplinary minor in the subject in the fall. “We’re presently working primarily with students from our department, but the minor will be open to all disciplines.” The training is beneficial for many reasons, he argues, not least of which is that it encourages students to think outside the box. It also equips them with a marketable skill they can use while still in school and after graduating, as medical schools and other programs frequently hire Standardized Patients for use in training scenarios. “We fully expect that once we get our minor established, we will attract PSU students from a variety of disciplines as well as people from outside the University.” ■ Lori Ferguson 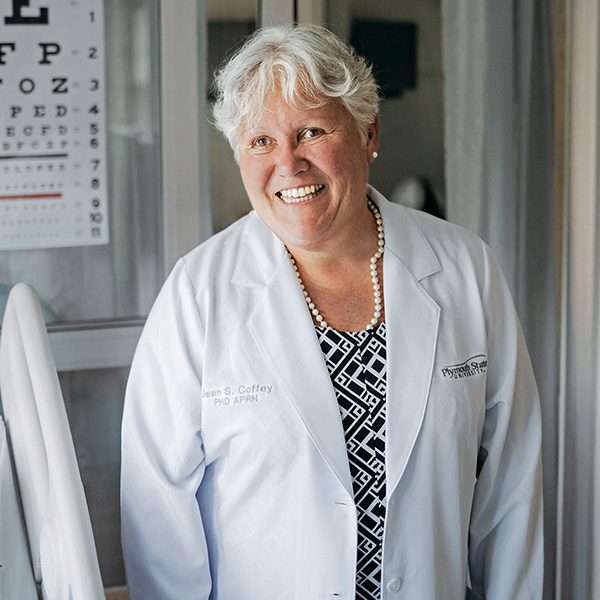 Dr. Jean Coffey was working as director of nursing research and education at Dartmouth-Hitchcock Medical Center when she came across an opening for the director of nursing at Plymouth State. Eager to return to teaching in a smaller program, Coffey investigated. “When I came for a visit, I was hooked—I fell in love with the faculty, the setting, and the campus.”

Coffey officially joined the PSU faculty in January 2018, taught for a semester, and on July 1 stepped into the role of director of nursing, taking over for Dr. Kathleen Patenaude.

Looking ahead, Coffey’s goals include efficiently on-boarding new faculty; forging new relationships with critical access hospitals so that PSU students can train in these settings; and maintaining students’ much-improved pass rates on NCLEX, the nationwide examination for the licensing of nurses.

Additionally, having witnessed the benefits of using Standardized Patients (SP) in clinical simulations such as the May 2018 disaster drill and this summer’s mental health lab simulation, Coffey is eager to incorporate SPs more broadly into the nursing curriculum. “Every course has a simulation lab component, and moving forward, I would like to expose students to at least one Standardized Patient experience in every lab they take.”

“I’m honored to be here and look forward to continuing to guide the program along on the positive trajectory it’s been following,” says Coffey. “Dr. Patenaude did such good work during her tenure as director—she revised the program’s curriculum extensively and implemented changes that have enabled us to reach a pass rate of 100 percent on NCLEX. I want to continue that progress. I like to be the kind of leader who supports my team and acts as a steward for its work. Given the quality of Plymouth State’s faculty, I know we will continue to make great strides.” 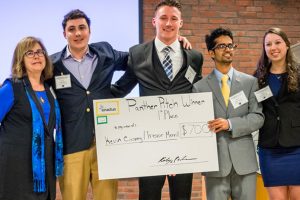