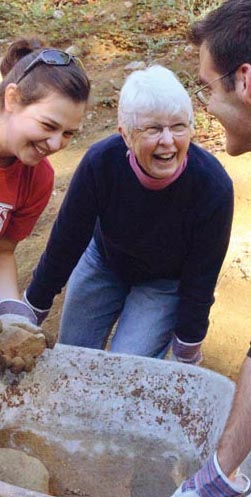 For Nancy Conklin, there was no great awakening or a voice telling her to do something; there was simply a genuine feeling that helping others was the right thing to do. It’s something she has been doing most of her life.

As a child, for example, Conk­lin helped out a less fortunate fam­ily by playing with the children, making them lunch, and doing her best to keep their spirits high. She is the true embodiment of the Plymouth State University motto Ut prosim (That I may serve). Conklin recently retired as the coordinator of PSU’s Community Service Center. Conklin also had a distinguished career as a second­ary school librarian in different parts of the country. For a brief stint she even took her profession­al career inside the correctional system, spending a few years as a librarian at a women’s prison in Virginia in the early 1980s.

Conklin also spent a year as a VISTA (Volunteers in Service to America) volunteer in the greater Plymouth area. VISTA places people with community-based agencies to help find long-term so­lutions to problems caused by ur­ban and rural poverty. Conklin’s work with the organization got her noticed. The school was looking to fill the newly created position of coordinator of the Community Service Center, and Conklin ap­peared to be the perfect match. She, in turn, was eager to work with people she had never worked with before: college students.

“I think more college students are coming into college with experience in community service, and in many cases they want to continue that,” said Conklin. One of those students, Andrew McLean, who spent four years working with Conklin in the Community Service Center, spoke of her “passion for nature, invigorating love for life, respect for all people, and vision of peace for everyone in the world.”

At PSU she was responsible for coordinating all volunteer programs with students, including Alternative Spring Break, the in­ternational service trips, the Angel Tree Project, the Red Cross blood drives, Hunger and Homelessness Awareness Week, March of Dimes WalkAmerica, and many one-time volunteer programs sponsored by PSU volunteers. She also administered all off-campus work-study programs. “I consid­ered that my major responsibility was leadership development with students,” said Conklin.

Conklin might have been skep­tical initially. College students willing to trade in their spring break of beaches, sun, and fun for a hammer and nails or to leave their friends and the carefree days of summer vacation early to help out strangers who were less fortunate seemed unlikely. How­ever, she was pleasantly surprised with PSU students’ eagerness to participate in activities that could help shape not only their commu­nity but themselves.

Conklin said the most gratify­ing experience has been the rela­tionships she developed with stu­dents, especially, those students who become so engrossed in the world of community service they change their majors and minors as well their career paths and life journeys.

Not many people get the chance to have two retirements. But the desire to continue helping those around her keeps Conklin coming back for more. “I think I’m a humanitarian,” said Conklin.

“I’m really interested in rural poverty. Having grown up on a farm, I’m disturbed by the loss of that part of our culture,” she added, referring to the erosion of farming communities.

Even though she retired at the end of June, Conklin still puts in about 10 hours a week. “There is more to do, more people to help, more questions to be answered.”

Changing with the Tides 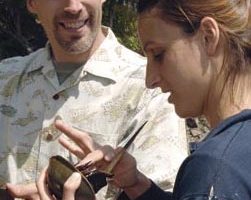 Changing with the Tides

by Christopher C. Chabot, Professor of Biology I have been teaching at Plymouth State for 15 years, and during this time,...
Copyright 2019 Plymouth State University
Back to top