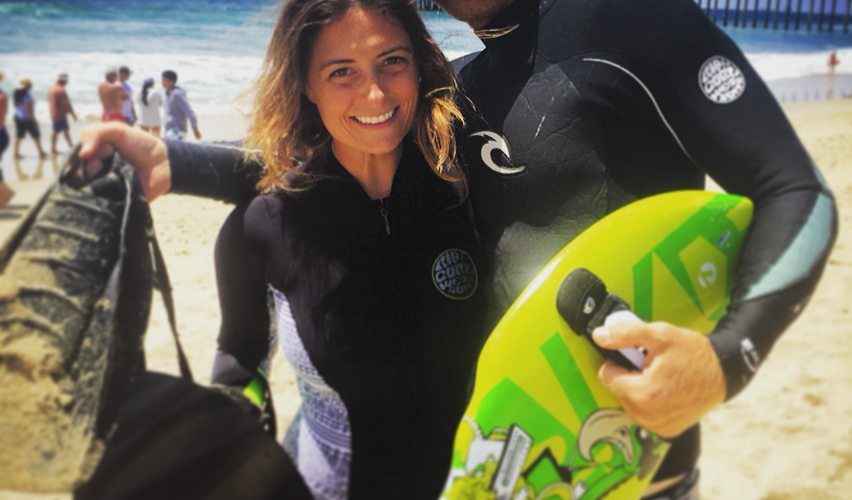 Plymouth State wants to know what you’ve been up to since graduation! Send us your professional and personal accomplishments—career changes or promotions, advanced degrees and awards, military service, volunteer work, marriages, births/adoptions, and other information—so that we can share it with your classmates, alumni, and the University community.

Stephen Bamford ’65, ’75MEd was inducted into the Eastern College Athletic Conference (ECAC) Hall of Fame in April 2016. Honorees were selected for outstanding achievements, service, dedication, commitment, and contributions to the ECAC and its member institutions. Before his various roles at ECAC, including senior associate commissioner and administrative overseer, he served as PSU director of athletics for 13 years. He has also served on NCAA, ECAC, and officiating committees over the course of his professional career. In 1985, he was inducted as a charter member of the Plymouth State Athletic Hall of Fame. Andrea (Konecny) Carey ’66 retired in 2011 from Bayard, Inc., dba Twenty-Third Publications, a religious publisher, after 32 years. She now volunteers at her local library, a preschool, and an adult care facility (where she was recently awarded Volunteer of the Year), and as a health care advocate. Andrea’s favorite pastime is attending a weekly writing class for seniors. She writes, “I still get requests to dance the hula for local nonprofits. The Aloha spirit lives on!”

Glenn Ahrens ’76 will be retiring as dean of students from Pinkerton Academy in Derry, NH, at the end of this school year. He has been with the Academy since the late 1970s.

Rodney Elliot ’82 surveys contaminated sites throughout the state of Massachusetts as a “brownfields” coordinator out of the Department of Environmental Protection’s Boston office. He recently finished a two-year term as mayor of Pawtucketville, MA.

Debra J. Norton ’82 is head teacher at Harpswell Nursery School in Harpswell, ME. Robin Matthews ’86 is assistant superintendent of recreation in Ridgefield, CT.

James Birge ’87G is president of the Massachusetts College of Liberal Arts in North Adams, MA.

Mark Smith ’89 has joined the Electric Supply Center’s Project Lighting unit, which offers lighting product and design recommendations, delivers creative solutions to working within budgets, and manages projects from scheduling to vendors. He lives in Rochester, MA, with his wife Beth and their three children. Mary Moriarty ’92, ’00G, ’07CAGS has been named superintendent of SAU 2 schools, which include Inter-Lakes and Ashland school districts in NH.

Craig Consigli ’98 has been named assistant superintendent for curriculum, instruction, and assessment in the Milford (MA) Public Schools. Formerly, he was principal of Woodland Elementary School.

Jeremy Hillger ’98 has been named principal of Sandwich Elementary School in Sandwich, NH. Kirk Beitler ’00, ’03CAGS has been selected as superintendent of schools for Gilford (NH) School District.

Yolanda Lainez de Aviles ’02G has worked at the American School of Tegucigalpa (Honduras) as a college counselor since 1995. Jason St. Gelais ’03, ’05G is general manager at Channel Marine, a boat sales, storage, and service company that has been in business on the Weirs Channel in Laconia, NH, for 70 years. Angela (Ferendo) Watts ’05 appeared on Shark Tank, the critically acclaimed and Emmy-winning investment reality show, with her company Slyde Handboards. The California-based handboard surfing company she co-owns with her husband Steve Watts was chosen for Season 7 among an estimated 50,000 applicants, all seeking to secure funding to take their innovations to the next level. The investors—including celebrity guest shark Ashton Kutcher—“bit,” agreeing to invest in Slyde Handboards to the tune of $200,000, for a 22 percent stake in the company!

Amy Cammack-Hinds ’06G will be the new assistant superintendent of schools for student support services at the Laconia (NH) School District as of July 1. She will be focused on special education, homeless families, alternative education, and Title I funding programs.

Craig Elkins ’07 is senior director of dual enrollment at Mount Wachusett Community College (Gardner, MA) in the Access and Transition division, which serves 4,000 middle and high school students per year in 18 programs.

Amy Brnger ’09G is a landscape and still-life painter and Portsmouth (NH) High School’s Futures Scholarship coordinator. The program is designed for students who “show the ability, desire, and motivation to attend college, but lack the necessary resources.” Her work involves meeting with students and discussing grades, careers, responsibilities, and college selection.

Stacey Disabato ’10 was promoted to dispatcher supervisor at the Manchester (NH) Police Department.

Amy (Dresser) Hartle ’10 received her master’s degree abroad and now travels the world with her husband, with whom she runs a travel blog. (See Exchanging Vows for more news, and a story Amy wrote in this issue: Four Coconuts and a Dream.)

Nicholas Greenwood ’11 is an information support technician/accounts administrator at UNH. Jon Mousette ’12 is the athletic trainer for Spaulding High School in Rochester, NH.

Anthony Adamsky ’13 and Maxwell Corbett ’13 own an antique shop called Quince and Quail in Ashland, NH.

Mary Lyon: Stunning at a Century 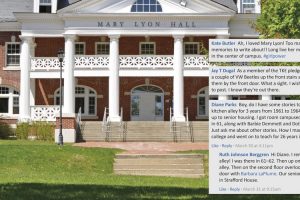 Mary Lyon: Stunning at a Century

Mary Lyon Hall, the beloved grande dame of the Plymouth State campus, is celebrating her centennial this year. Over the past...
Copyright 2019 Plymouth State University
Back to top