Another Way to Serve 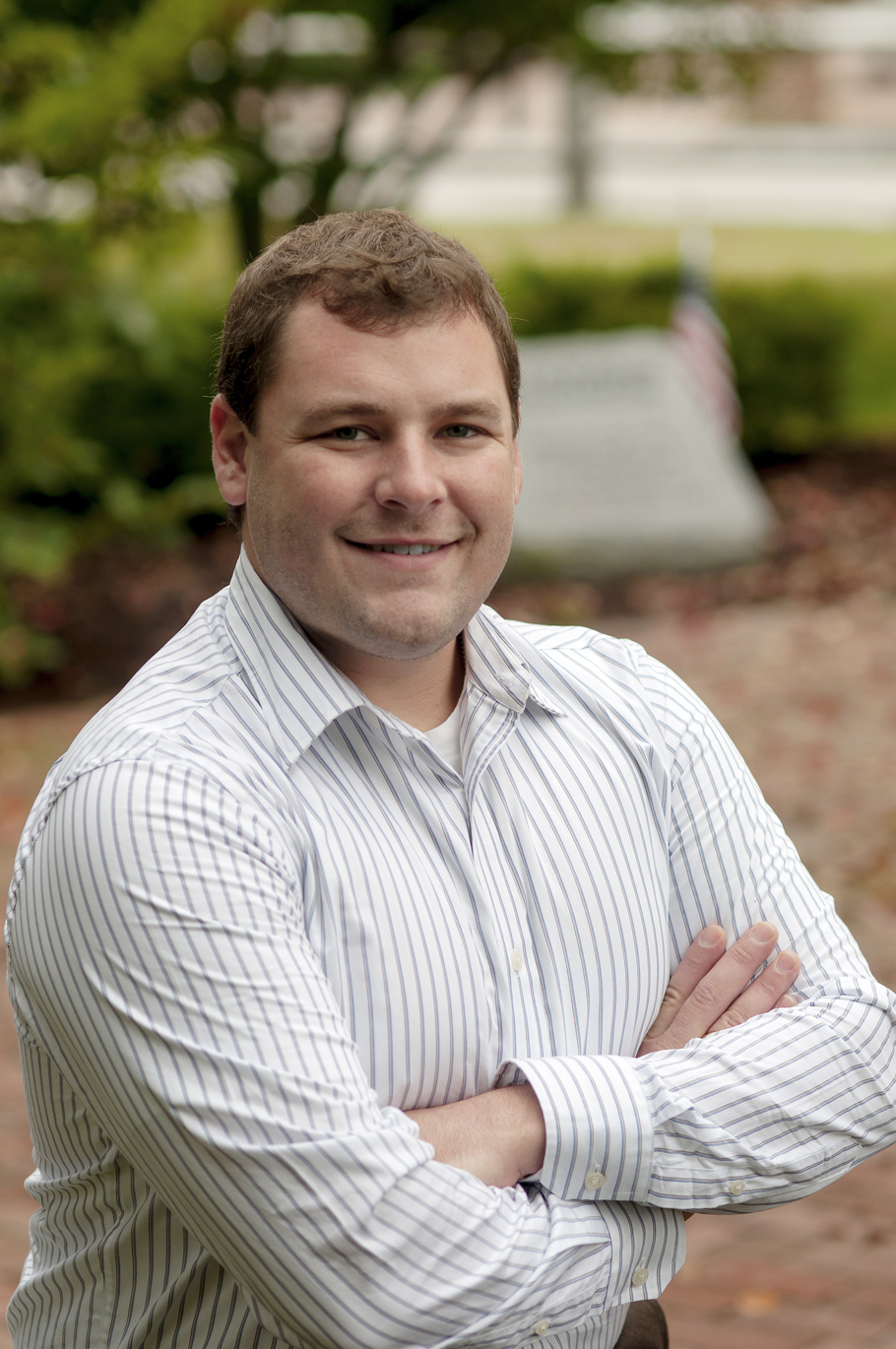 “It was like moving to a foreign country with a completely different culture,” says PSU student Patrick O’Sullivan. The 26-year-old veteran isn’t referring to his time in Iraq as a motor transport operator in the Army Reserve. He’s talking about coming home.

O’Sullivan joined the Army Reserve right out of high school, at an age when most Plymouth State students are packing for school and attending orientation. He served two tours of duty, for a total of six years of military service. Like many veterans, he was surprised to find that readjusting to civilian life was a challenge.

“When you’re that young, having experienced war, you get used to it,” O’Sullivan says of his years of service. “When you come home, you have to be a ‘normal Joe’ and go on with your life.”

O’Sullivan decided to go on with his life by enrolling as a business major at PSU. Campus life was a culture shock: The camaraderie and esprit de corps of the military—where everyone is working together, toward the same goal—was gone. Now he was surrounded by other students, most of them younger, with different goals, motivations, and levels of commitment. He wondered how he would ever feel part of university life.

Then, on his first day on campus in the fall of 2010, O’Sullivan learned that PSU’s motto is Ut Prosim (That I May Serve). “I guess I really did end up in the right spot!” O’Sullivan recalls thinking. “I joined the military to serve my country, and when I got out, I decided to serve people who need my help.”

He started by joining the Student Support Foundation, helping to establish a student food pantry on campus. He also began working at the PSU Veterans Service Center, which assists veterans and their dependents with any concerns regarding benefits.

“When I first got to Plymouth State, I felt like I was the only veteran here,” says O’Sullivan. But through his work at the Veterans Service Center, he learned that there are actually around 80 veterans at PSU. Like him, most live off campus, many with full-time jobs and families. After dealing with years of military paperwork, many enrolling veterans couldn’t quite believe that the university application process was comparatively simple—they wondered if they were missing something. O’Sullivan was able to give them the benefit of his experience with the application and enrollment process.

But, as it turns out, something was missing—a place where student-veterans could get together and talk, sharing experiences with others who had been through the same things. “A lot of veterans come home feeling alienated,” O’Sullivan says. “Often, they’re just happy to know that there are other vets around.” He had found some sense of community in an online forum and wanted to help provide something similar to veterans at PSU, so they could share their experiences and feelings in person, and nobody else would feel like “the only veteran here.”

O’Sullivan also wanted to build relationships between veterans and traditional students. When he first came to campus, he found that it took a while for the other students to warm up to him, to see him as a regular person, just with different experiences. But they also admired him and were curious about his military background. “There doesn’t have to be a wall of misunderstanding between students and veterans,” O’Sullivan says. “Some students have family members in the military and they’re looking for a better way to relate to them.”

Over the past two years, O’Sullivan has been going through the arduous process of putting together an official student organization, including writing a constitution, gaining approval by the Student Senate judicial committee and the PSU Student Senate as a whole, finding an advisor (Professor of English Robin DeRosa), and seeking and receiving approval from President Sara Jayne Steen. In April 2012, the Plymouth State Student Veterans Organization became official.

O’Sullivan looks forward to being a welcoming presence on campus for new student-veterans and helping traditional students understand veterans better. His service to his country may have ended, but his service to campus has just begun.—Marcia Santore

Marcia Santore is an artist and freelance writer and editor living in Plymouth, NH, with her husband, Jonathan, and sons Peter and Thomas. From 2000 to 2006, she served as editor for Plymouth Magazine.

The Education of a Teacher