From Soldier to Veteran: A Passion for Service From the age of 17 when she signed up for the Army National Guard’s basic training, Jessie Tustin ’15 has lived the Guard’s motto: “Always Ready. Always There.” Today, retired after nearly two decades of military service, Tustin continues to serve.

Fighting poppies with saffron
Poppies may be Afghanistan’s top cash crop, but Sergeant First Class Carolee “Jessie” Tustin was determined to help Afghan farmers find an alternative to the illegal production of opium.

During a 2009–10 tour of duty in Afghanistan, Tustin worked with local and federal organizations to develop programs that provided women with the skills to process saffron and grow mushrooms: valuable crops that could replace opium with an equivalent value in the marketplace. Tustin (in black hijab) with Afghan women on a demonstration farm in Mehtar Lam, Laghman Province, the capital of Afghanistan.

“Our goal was to establish a rapport while respecting the culture,” Tustin says. Afghans themselves would ultimately need to administer the programs, so faculty were recruited from Kabul University to teach the workers how to grow and process the crops. “It was Afghans training Afghans,” she says. “We were just overseeing and making sure it was happening. That was pretty cool.”

Still, political, religious, environmental, and economic concerns made her task onerous. Opium production, usually overseen by the Taliban, supports farmers’ livelihoods and the national economy, so the eradication or replacement of poppy plants is controversial. “I had a lot of people telling me that I wasn’t going to be able to do what I did,” says Tustin. “But I ended up having some amazing results and finding a niche for myself in coordinating and collaborating with people. I didn’t recognize that what I was doing in Afghanistan was social work until somebody pointed it out to me later,” she says with a laugh. “I loved it.”

Serving, post-service
During her 19 years of service in the Guard, Tustin found creative ways to use her skills to make life better for the communities in which she worked. After an autoimmune disease caused by environmental exposure forced her to take medical retirement in 2013, she was ready to embark on a new adventure. Social work seemed a natural next step.

Over the years, Tustin has watched military friends in the LGBTQ community struggle to have their post-service needs met. Thanks to the legacy of the long-standing “Don’t Ask, Don’t Tell” policy, accurate statistics are hard to come by about the number and needs of LGBT service members who have accessed Veterans Affairs for support and health care after their military service. But, as Tustin says, “There’s a need, a gap there right now. My goal is to work individually with veterans to help them adjust to civilian life, especially those in the LGBTQ community. I also want to work on a macro level to bring together a support network for veterans who have been treated differently in the service because of their sexual orientation or the fact that they’re transgender.”

Always ready. Always there.
In her mission to help underserved populations be treated with dignity and respect, Tustin’s commitment to the code of the National Guard endures. “I may not be in the military anymore, but I will always be a soldier,” she says. “You want to believe there’s some sort of trickle-down effect to all the big social changes happening today, but you really have to attack it from both ends. It’s slow. But eventually it will happen.”
■ Emilie Coulter

From the USNH Board of Trustees Chair

And Justice for All 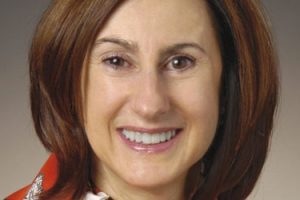 From the USNH Board of Trustees Chair

On behalf of the University System of New Hampshire Board of Trustees, I join the entire Plymouth State community in welcoming...
Copyright 2013 Jupiter Premium Magazine Theme
Back to top