Putting out the Bienvenue Mat 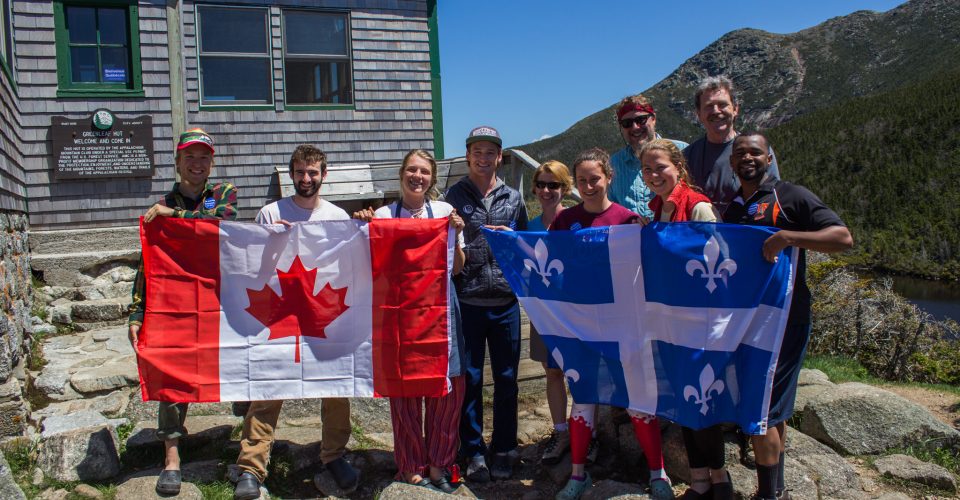 Historically, when French-Canadian hikers entered a hut on the Appalachian Mountain Club (AMC) trail in the White Mountains of New Hampshire, they were likely to be greeted by the hut crew with sheepish smiles and apologies for not speaking French. Today an interdisciplinary team at PSU, along with federal, state, and local partners, is changing all that, one “Bienvenue! [Welcome]” at a time.

Bienvenue New Hampshire is an initiative that started in 2012 as a project in PSU French Professor Katharine Harrington’s class. Over the years, the initiative has picked up steam, thanks to grant funding and partnerships.

The initiative is about more than simply being a good neighbor; it will also help the state’s bottom line. Nearly 500,000 Canadian tourists visit New Hampshire each year; about half of whom are from francophone Quebec. However, Vermont welcomes more than twice the number of Canadian tourists each year, and Maine and Massachusetts also boast significantly higher numbers than New Hampshire’s.

Last summer, when representatives from Bienvenue New Hampshire—including PSU faculty, staff, and students, and representatives from US Senator Jeanne Shaheen’s office and the AMC—hiked to Mount Lafayette, they set a goal even loftier than the spectacular views: they planned to help New Hampshire’s tourism industry better connect with French-speaking tourists from Canada by providing AMC staff with beginner French lessons.

Hut, deux, trois, quatre
The team hiked to Greenleaf Hut on the Franconia Ridge Loop, one of the most popular trails for Québécois hikers. There, they met the six-member crew of rugged young AMC seasonal employees who provide backcountry education and guest services for the thousands of visitors to the hut each year. Harrington led the group in a training that covered Canadian tourism data and dates of Canadian travel holidays, and ended the workshop with a French language lesson and role playing, customized to fit the hut crew’s most common situations. Along with “hello” and “What’s your name?”, Harrington taught the crew such useful phrases as, “Where is the trail to the summit?”, “What’s the weather forecast?”, and “Pack it in, pack it out!” PSU professor Katharine Harrington trains Greenleaf Hut crew members in skills that help them better serve the many French-Canadian hikers they see on the trails each year. Hyung Park photo.

The hut crew was proud to flaunt their new “Je parle français” buttons they received after completing their training. Hutmaster Jeff Colt, said that, as a result of the training, “We can make our guests and travelers feel more welcome and also be able to actually help them out, which is our goal here.”

By happenstance, 23 French-speaking fifth-grade students and eight aides from a Quebec school were visiting Greenleaf Hut during the training. The hut crew was thrilled to try out their language skills immediately. According to teacher Tommy Brouillette, the children enjoyed the exchange, and were even inspired to try out their English skills. “When going to the US, our students expected to encounter English speakers. They appreciated the efforts the hut crew and other hikers made to interact with them in French. They thought it was fun to hear the American accents. Many also enjoyed trying to communicate in English with hikers they encountered.”

Harrington emphasizes the cultural aspect of the initiative: “French and French-Canadian are the largest ancestry groups in the state. Bienvenue taps into what is already a natural connection for our state with Quebec. The French language has played a role in many people’s past, and it should also be nurtured as part of our future.”

Over the last several years, Harrington and her students have provided trainings and translation services to many groups, including the Pemi Valley Chamber of Commerce, the White Mountain National Forest, the Appalachian Mountain Club, Tanger Outlets, Franconia Notch State Park, New Hampshire Fish and Game, Castle in the Clouds and businesses in the North Country.

“We hear great feedback from the businesses we’ve worked with,” Harrington says. “Restaurant owners in Littleton were proud to tell us how many times they used their French menu last summer, and volunteers with the AMC and White Mountain National Forest tell us how our cultural and linguistic workshops helped them feel more confident speaking some, even if limited, French when they encounter French-Canadians on the trail.”

Judging by the smiles on the faces of the fifth-grade Québécois on Mt. Lafayette, the Bienvenue initiative is doing exactly what it set out to do. –Emilie Coulter

Emilie Coulter is an Emmy Award-winning freelance writer and editor living (and hiking) in rural New Hampshire with her husband and two children.

A thank-you to our partners:

Their support and participation have made Bienvenue New Hampshire the robust program it is. 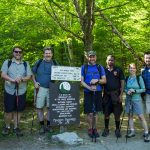 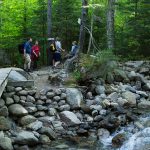 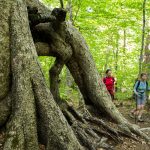 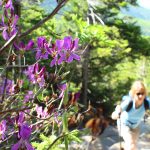 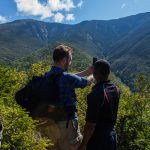 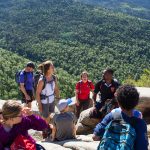 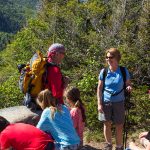 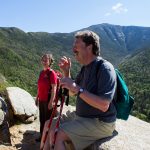 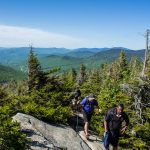 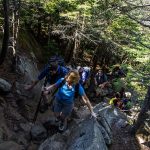 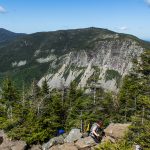 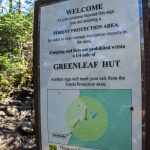 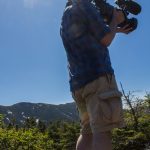 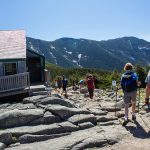 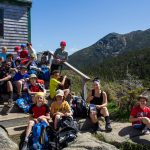 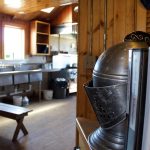 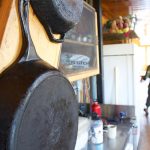 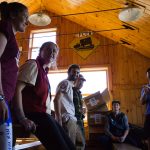 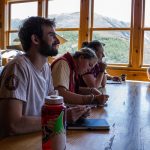 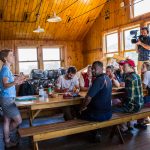 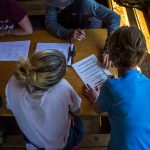 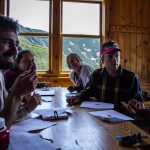 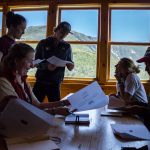 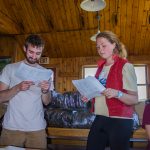 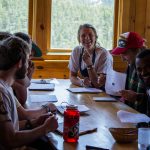 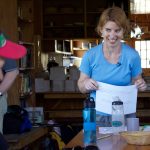 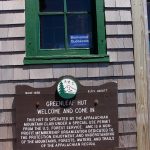 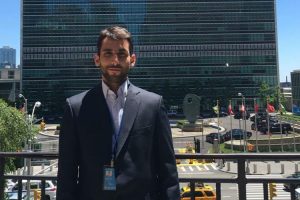