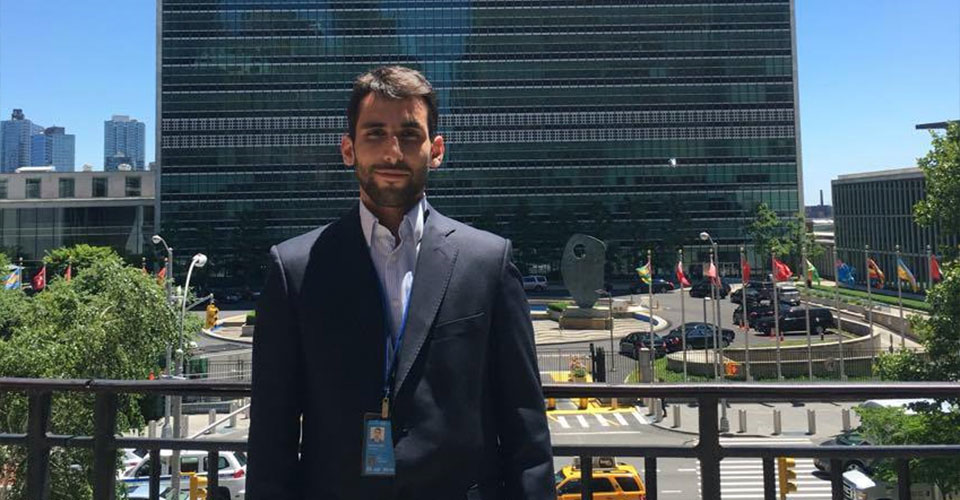 During his time at Plymouth State, Hussein Bani Hani of Amman, Jordan, engaged with faculty and classmates from around the world as he pursued his MBA with a certificate in international business. It was during this time that his vision for his future career began to take shape: “I realized I wanted to work for an international organization where people from different backgrounds work together to achieve the common good,” he says.

After earning his MBA from PSU in 2015, Hussein moved to New York and began searching for opportunities where he could put his native Arabic language skills and interest in international relations to good use. He applied for an internship at the United Nations in the Department of Public Information Non-Governmental Organization Relations and was thrilled when he learned he was accepted. “UN internships are so competitive, I didn’t expect to be accepted,” he recalls.

Hussein’s UN internship got off to an auspicious start: One of his first assignments was to work with a team to plan the 66th United Nations Department of Public Information NGO Conference, which took place this past summer in Gyeongju, Republic of Korea. The conference promoted the importance of education in achieving worldwide goals such as eliminating poverty, protecting the environment, and ensuring prosperity for all. It’s a notion that Hussein believes in wholeheartedly.

“Education changed my life and helped me broaden my mind,” he says. “I believe it is of vital importance in solving most of the pressing issues in the world.”

Hussein has recently parlayed his internship into a career at the UN as a public information officer. His responsibilities include educating the public on the UN, its history, and its mission, and assisting during the regular sessions of the General Assembly and other conferences. It’s fascinating work that’s not only improving his understanding of international relations, but also inspiring him to go back to school. “I’m thinking about pursuing a degree in international development, which would allow me to take advantage of my background in business and focus more on the development aspect.”

In the meantime, he is living in New York and enjoying his career, and credits Plymouth State for preparing him well for the life he has. “I will always be grateful to the amazing people and mentors I met in Plymouth that have helped me learn and grow.” –Jennifer Pinckney

Jennifer Pinckney is a teaching lecturer in the College of Business Administration and was Hussein’s advisor while he was a student in the MBA program.

Putting out the Bienvenue Mat 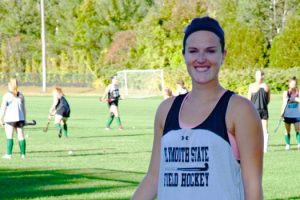 Kendal Lariviere ’17 has been playing field hockey since she was 12 years old. She loves the game so much that she’s...
Copyright 2013 Jupiter Premium Magazine Theme
Back to top