Earning an MBA in the USA 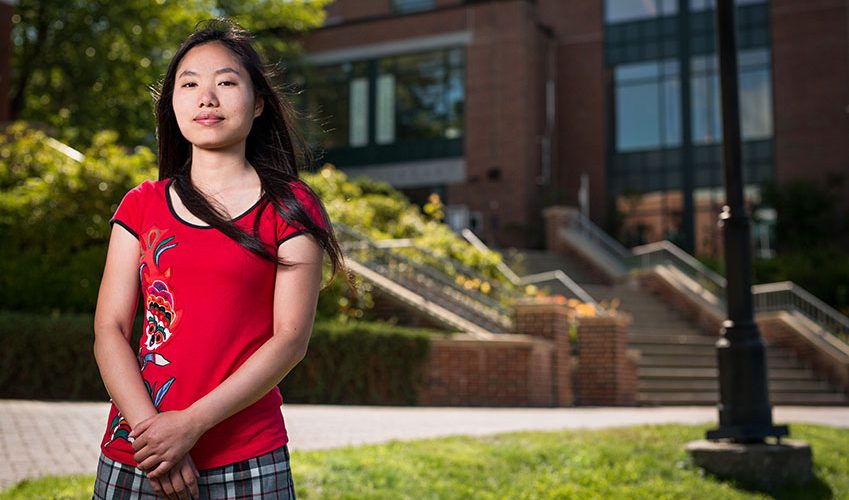 From half a world away, Shengxia Huang ’15G came to PSU to earn her MBA

Shengxia Huang was working in sales at Linyi Maosheng Plastic Products Co., Ltd., in eastern China when she realized that she would never be able to advance in her career without furthering her education. “Everything my supervisors didn’t want to do, I had to do,” she says. “I needed to learn something useful for my future; and for myself.”

Rather than enroll in an MBA program at a nearby university, Huang decided the time was right to do something she had always wanted to do: study abroad. “I had been working for a while, saved some money, and realized I could do it,” she says. “I asked my father where he thought I should go, and he said America—his image of America is that it’s the most powerful country in the world and that it has a good educational system.”

Huang acted on her father’s recommendation to study in America and began searching for schools. Her criteria were simple—she wanted a school that offered a high-quality MBA program, in a small town with a more comfortable climate than that of her hometown in central China, where winters are cold and wet, and summer temperatures can soar into the triple digits. She also wanted a school with a small Chinese population, knowing that being among more Americans would push her to build on her English language skills. “I searched online, and I found PSU,” Huang recalls. After exploring the University’s website, she says, “I knew this is where I wanted to go.” The Right Choice
Huang arrived on campus in early September 2013, and it wasn’t long before she knew she had made the right choice. In addition to appreciating the New England seasons, comfortable climate, and clean air, she found caring and dedicated people. From the staffs at the Center for Global Engagement and the Writing Center, to her professors in the College of Business Administration (CoBA), Huang says she was given the support she needed to succeed as an international graduate student. “The professors were very patient and understanding—I think many of them studied abroad themselves as students, so they understood us, and were so helpful,” she says.

Huang also served as a graduate assistant in CoBA during her final two semesters, assisting with teaching courses and overseeing class activities as well as creating online quizzes and revising online study modules for the Administrative Policy course. She feels fortunate to have had these opportunities, which enriched her own learning experience and helped her sharpen her English speaking and writing skills.

While Huang’s top priority was her education, she also made a point to enjoy her new surroundings, have fun with new friends both American and international, and take trips to Squam Lake for swimming and hiking, to Maine for a camping trip, and to Boston.

A New Life in America
Since she’s been in the States, Huang has kept in touch with family and friends by phone, Skype, and “QQ”—China’s government-approved answer to Facebook, Twitter, and Gmail, all of which are banned in China. And while she misses her friends and her younger sister—not to mention authentic Chinese food—she has decided to try and make a new life in America now that she has earned her MBA. It’s a decision her parents, who never had the opportunity to live abroad or even to attend college, wholeheartedly support. “My parents told me, ‘If you really love it there, try to stay there,’” she says.

Huang is currently pursuing career opportunities with import and export companies that do business with China. And while she would love to stay in New Hampshire, she’s open to going wherever her career takes her. “New Hampshire is a lovely place where I really want to stay,” she says, “but I wouldn’t mind exploring other places for my career.” – Barbra Alan 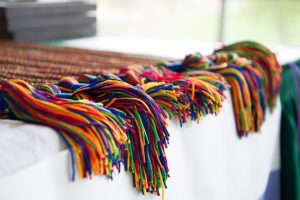