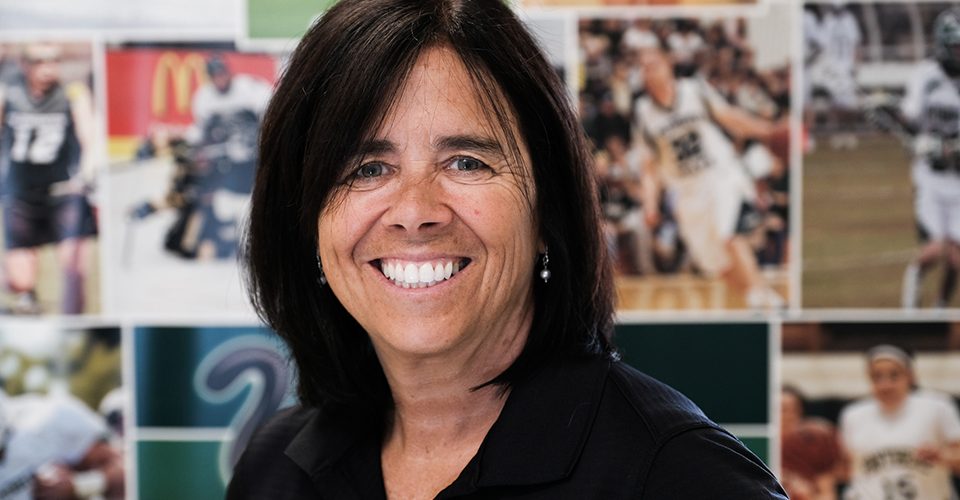 When alumna Kim Bownes ’07G was named Director of Athletics in January, she added another crack to a glass ceiling in collegiate athletics. She joined the group of women leading National Collegiate Athletic Association (NCAA) Division III athletics departments who make up just 29 percent of DIII athletics directors, according to the 2016 report by the NCAA’s Division III Diversity and Inclusion Working Group.

Bownes is Plymouth State University’s first female to hold the director of athletics post among the 11 who have served since the position was created in 1950. For nearly fifty years prior to the formalization of athletics administration, women on campus had competed in a wide variety of intramural and recreational sports. Yet it wasn’t until 1960 that Plymouth State’s first women’s intercollegiate athletic team, field hockey, was established. Now, Bownes oversees 13 intercollegiate women’s teams and 11 men’s involving more than 600 student athletes.

“Plymouth State University has always been supportive of women administrators, and that has carried through to athletics,” Bownes said. “Our role is as mentors to all student-athletes, but I think it really helps our young women see that they can advance toward positions of leadership in whatever field they choose. I believe it also helps our young men; it can prepare them for their future by learning to interact with women in positions of authority.” Bownes sees herself as part of the movement that is breaking the glass ceiling for women in collegiate athletics. “The Little East Conference has seen a big change in the leadership level,” she explained. “Just a couple of years ago, seven of the eight member schools had male athletic directors. Today, five of the eight have female athletic directors.” She quickly added, “There is still a shortage of women in higher level athletic administration roles. Division III has a higher percentage of women than Division I, but both are still very male dominated.”

Being qualified for the top job is not an issue. A native Canadian who holds a bachelor’s degree in education from McGill University in Montreal, Bownes earned the master of education degree with a concentration in athletic administration from Plymouth State in 2007. The following year she was named associate director of athletics and closed an extraordinary chapter as a coach.

Bownes had come to Plymouth State in 1987 when named head men’s and women’s alpine ski coach. Her talent and commitment to excellence was evidenced by the PSU Women’s and Men’s Ski Teams’ qualification for the United States Collegiate Ski and Snowboard Association (USCSA) National Championships in all but one of the 21 years she served as coach. The Panther ski teams won numerous Eastern Regional Championships during her tenure as well.

The new director of athletics follows double-alumnus John P. Clark ’71, ’73G who served in the role twice totaling nearly 20 of his 45-year career at Plymouth State. In Clark’s oversight of the department, women’s involvement in athletics expanded significantly with the addition of varsity programs in swimming and diving, volleyball, ice hockey, and cross country/track and field. For his advocacy and contributions to the advancement of women’s issues, Clark was honored with the Theo Kalikow Award in 2009. Bownes was also recognized with the Kalikow Award in 2014.

Are you a Plymouth State alumna in collegiate athletics administration?
We want to hear your story. Visit plymouth.edu/magazine. 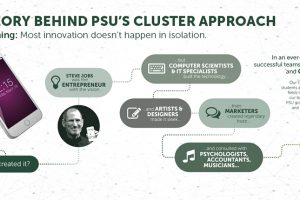 Colloquy provides an opportunity to get faculty, staff, and student perspectives on PSU’s transformation and how it is a catalyst...
Copyright 2019 Plymouth State University
Back to top