Coach for a Day Mark Fischler on the field. Kaleb Hart ’11 photo.

Dean of the First-Year Experience Mark Fischler is a professor, mentor, and friend to countless students. But this past September, he was also a coach for the Panther football team.

As the first professor to participate in the new Coach for a Day program, Fischler spent time with the team leading up to its home opener against Castleton University (VT) and was on the sidelines for the big game. From early mornings in the weight room and long, grueling practices, to the inspirational and occasionally rowdy team meetings, he witnessed the dedication PSU student-athletes have to their sport. “I’ve had many student-athletes in class—to see what they are doing outside of their academic experience was eye-opening,” says Fischler, who gave pep talks to the team and feedback to the coaches.

Head football coach Paul Castonia developed the program to give faculty a better understanding of what it means to be a student-athlete at PSU. “As a NCAA Division III university,” he says, “PSU expects student-athletes to give 100 percent in their studies and in their sport, and they do. This program gives faculty the chance to see this firsthand.”

As an avid football fan, Fischler says his Coach for a Day experience was thrilling, especially on game day. “The energy was intense and contagious,” he says.

As an educator, he says the experience was invaluable. “It was an honor for me to spend time with the team, interact with them, cheer them on from the sidelines, and gain an appreciation for how our players and coaches work together to represent PSU.” That She May Serve 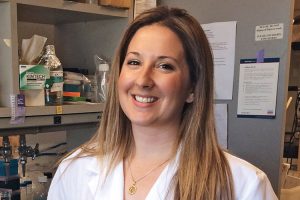 Jennifer DuPont ’08 is investigating what triggers high blood pressure as we age Sixty-seven million Americans have it. Nearly...
Copyright 2019 Plymouth State University
Back to top