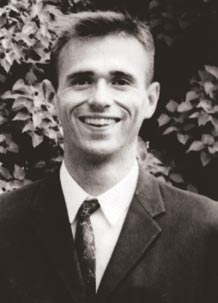 Brown as a student at UNH. Photo courtesy of Charles Brown.

As a student at UNH years ago, Charles Brown wasn’t sure if he’d be able to finish his senior year. His grades weren’t the problem; financing his last year of college was.

“In 1958, I started as a student in Durham,” Brown, a longtime professor of computer science at PSU, recalled. “The expenses for the first year were $1,104. This was everything: toothpaste, books, tuition, room, rent, and food. Back then, you could earn enough money in the summer to pay for half a year of college. By working summers, I figured I could get through three years, but senior year was questionable.”

Brown was able to graduate thanks to the kindness of strangers. “I received two scholarships from people I never even met, Frank S. Lord and Mary R. Martin,” said Brown. “That paid for my last year at UNH and I earned a degree.”

Brown earned his undergraduate and graduate degrees in chemical engineering and joined the PSU faculty in 1970. Mostly self-taught, the venerable computer science instructor went on to help create the school’s first computer science department in 1982 with William Taffe and Richard Brook.

Now, Brown is helping to provide deserving seniors with scholarships. In 2001, he created a scholarship for computer science majors, then followed it up in 2003 with a scholarship endowment for information technology students, which he created in memory of his wife, Elaine. True to his private and low-key nature, Brown created the endowments anonymously, preferring to stay out of the limelight. But PSU’s Institutional Advancement Office was able to convince him recently that his generosity should be publicized, not only to acknowledge his support of scholarship at PSU, but to inspire others to do the same.

“Somebody helped me, and it’s my turn to help someone else,” said Brown. “There is no way to pay back the people who helped me, but I can help future generations.”

For over three decades, Brown has helped prepare his students for the excitement and challenges of a career in computer science. Supporting scholarship at PSU allows him to help students in a different, yet very meaningful way. “Throughout the year, he visits our office, bringing additions to the endowment like a gardener tending to his vegetable patch,” said Angela Matthews, PSU’s director of development. “He’s always smiling with joy in doing something to help students.”

“Dr. Brown is a private and humble man,” added Jo-Ann M. Guilmett, Lamson Learning Commons and ITS helpdesk manager. “His quiet generosity to the school has been in evidence during his long tenure at the institution: in the classroom, in the computer labs, at the Learning Commons, and now with these generous gifts, Dr. Brown has shown that he is a dear friend of Plymouth State University.”

“This is a gift that goes on beyond one’s lifetime,” said Brown. “It’s a case of turning around and trying to do some good; people helped me when I needed it, now it’s my turn.”

Music with a Message 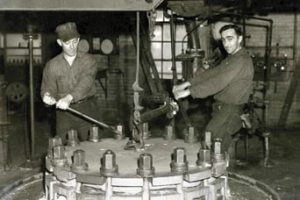 by Alice Staples The Brown Company Photographic Collection, a collection of 11,000 photographs that chronicle the work and the people...
Copyright 2019 Plymouth State University
Back to top