On the cusp of graduating, three seniors reflect on their time at PSU and what’s next.

The college experiences of PSU seniors John East, Bryan Funk, and Brady Lynch have been as varied as the three students’respective majors: general management, English, and theatre arts. 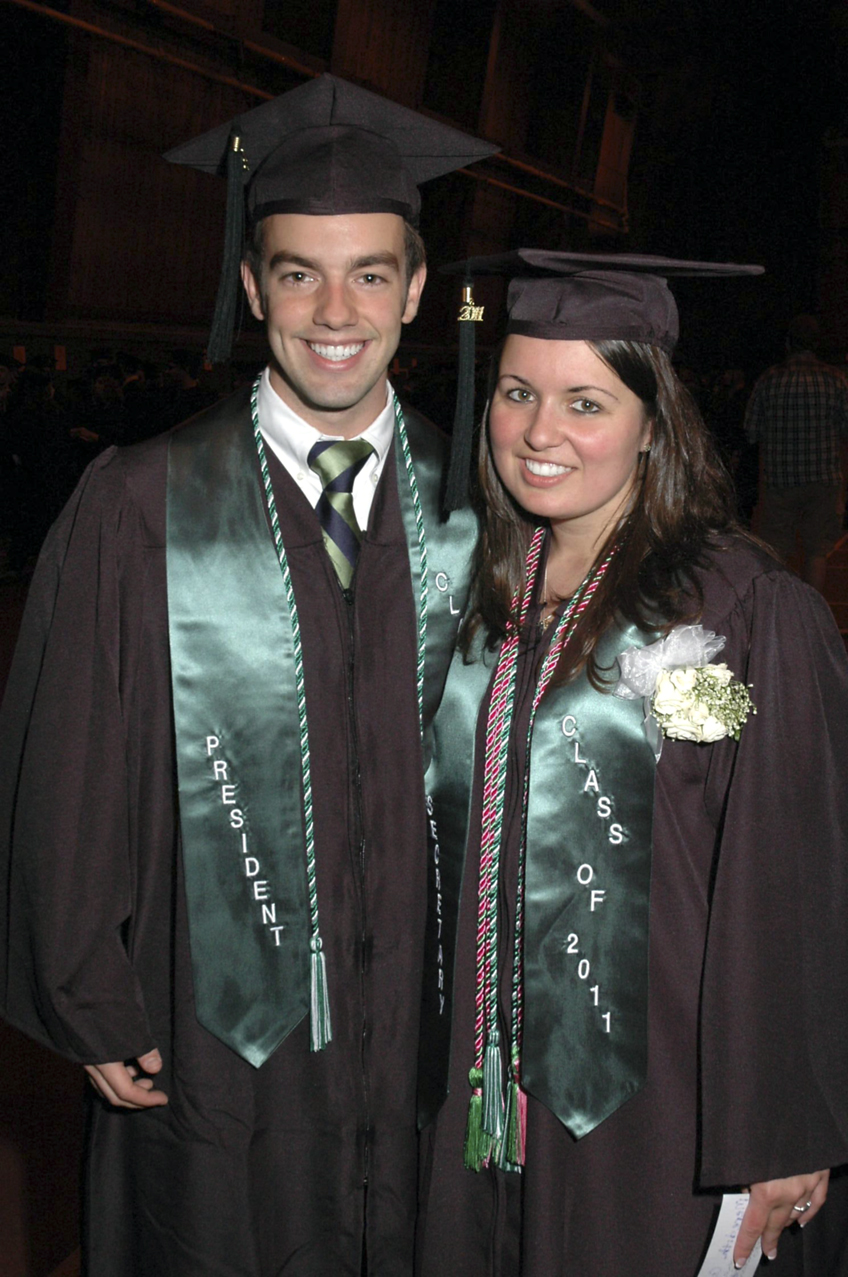 Despite their differences, however, there are also many places where their experiences overlap, especially in the relationships they built with Plymouth State faculty and staff and their shared affection for the university that helped them grow and transform into the people they are today.

As they approached Commencement last spring, these three students looked back upon their time at Plymouth State—the challenges they overcame, the relationships they built, their proudest accomplishments, and more—along with looking forward to fulfilling futures.

Is there a class you had at PSU that had a big impact on you, that opened your eyes to something new? How did that experience affect you?

Lynch: I took a semester of Italian during the fall of my junior year that included a three-week trip to Italy. It was one of the most amazing experiences I’ve ever had. Being immersed in such a wonderful culture and also having the chance to perform with the Chamber Singers [PSU’s voice ensemble] while I was there opened my eyes to a country filled with rich beauty and a fascinating history.

What have been some of your favorite activities outside of class?

Funk: Since my first year, I’ve been involved in the Admission Representative Program leading campus tours. From December 2008 to May 2011 I was the Admissions Fellow, coordinating the program and training all the volunteer tour guides. I’ve loved every part of meeting and interacting with prospective students and their families. To be able to share with others my love for Plymouth State and how it has changed my life has been one of the most rewarding experiences of my college career.

I founded the student organization Ending Genocide Around the World (EGAW) during my first year. My biggest passion in life is social justice and humanitarianism. EGAW was focused on addressing human rights violations through advocacy, fundraising, and lobbying efforts.

East: As an intramural supervisor for five semesters, I got to develop my managerial skills while I assisted in running a very active, successful program. I also was given the great opportunity to serve my class as president for our last two years, gaining both friendships and leadership skills. And I had the chance to join different clubs and teams where I met my friends, who have always been there for me along the way.

What accomplishment are you most proud of?

Funk:In November 2010, we saw the “Flood of Flags” project come to life, where 25,000 flags covered the Alumni Green in 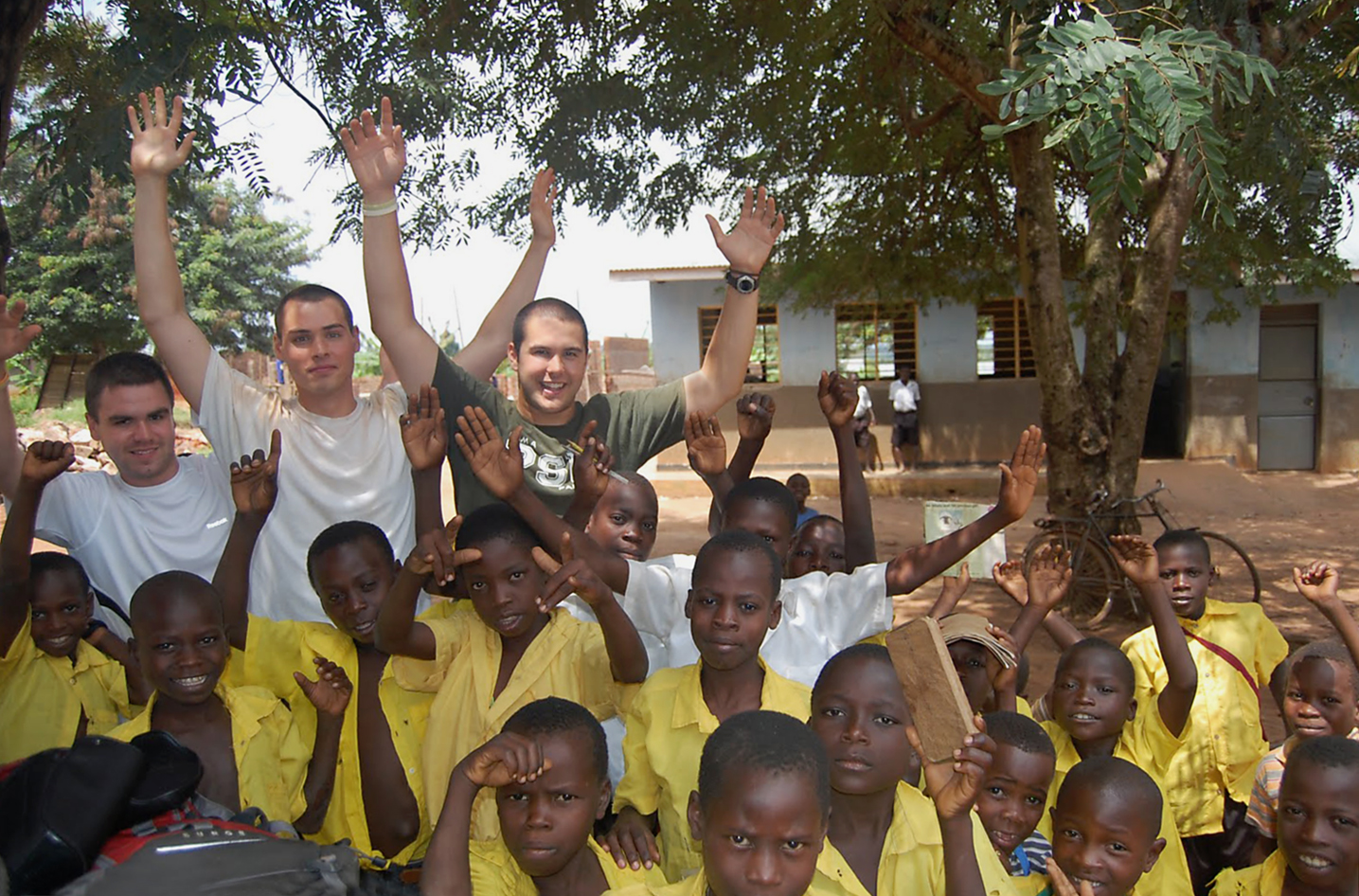 Bryan Funk (in green) celebrates progress made on fixing up Busoona Primary School in Uganda, a project he undertook during his summer 2010 internship with the nonprofit Invisible Children.

representation of the 20 million people displaced in Pakistan due to flooding in 2010. Through this display, we fundraised and advocated for 160 displaced PSU alumni in Pakistan who have been a part of the Pakistani Educational Leadership Project, raising $5,100 for them.

Since the day I founded EGAW, I had a goal of putting on an event that could not only educate the community but also unite our community. When the “Flood of Flags” event took place, hundreds of students, faculty, and administrators joined together to make this event a reality—all because they believed that they could make a difference in the world.

Lynch: During the fall of my junior year, my advisor Kathleen Arecchi recommended that I take a look at the Tepper Semester program through Syracuse University. The Tepper Semester is similar to a study abroad program: in the spring of their senior year, Syracuse brings musical theatre, acting, and directing students to New York City, where they’re immersed in an intensive program filled with acting classes, voice lessons, workshops, and dance classes.

I knew I had to do it. I was accepted and soon New York-bound. I was thrilled and horrified; I was the only non-Syracuse student in the program, and I was about to move to New York City and live with students who had known each other since their freshman year. I’m pleased to say that I’ve made 40 new friends and am so proud and happy that I took the risk and was a part of this amazing program.

East: In the summer of 2010, I earned an internship with Staples in the Compensation and Benefits Department of their corporate office in Framingham, MA. During my time as a student I was taught and molded into the individual that I am today, and I was fully prepared to enter the corporate world to learn and become a successful individual. As an intern, I was given the opportunity to work on many projects that are running in Staples retail stores across the US.

I am proud of a lot of things that I have accomplished over my time as a student, but ultimately I believe that having a job after college is the one I am most proud of. I am very excited to start my career with Staples, Inc. as a compensation analyst.

As you approach graduation, in what ways are you a different person now than when you first came to Plymouth?

Lynch:I’m much more secure and confident in my abilities as a performer. I also have a better understanding of my 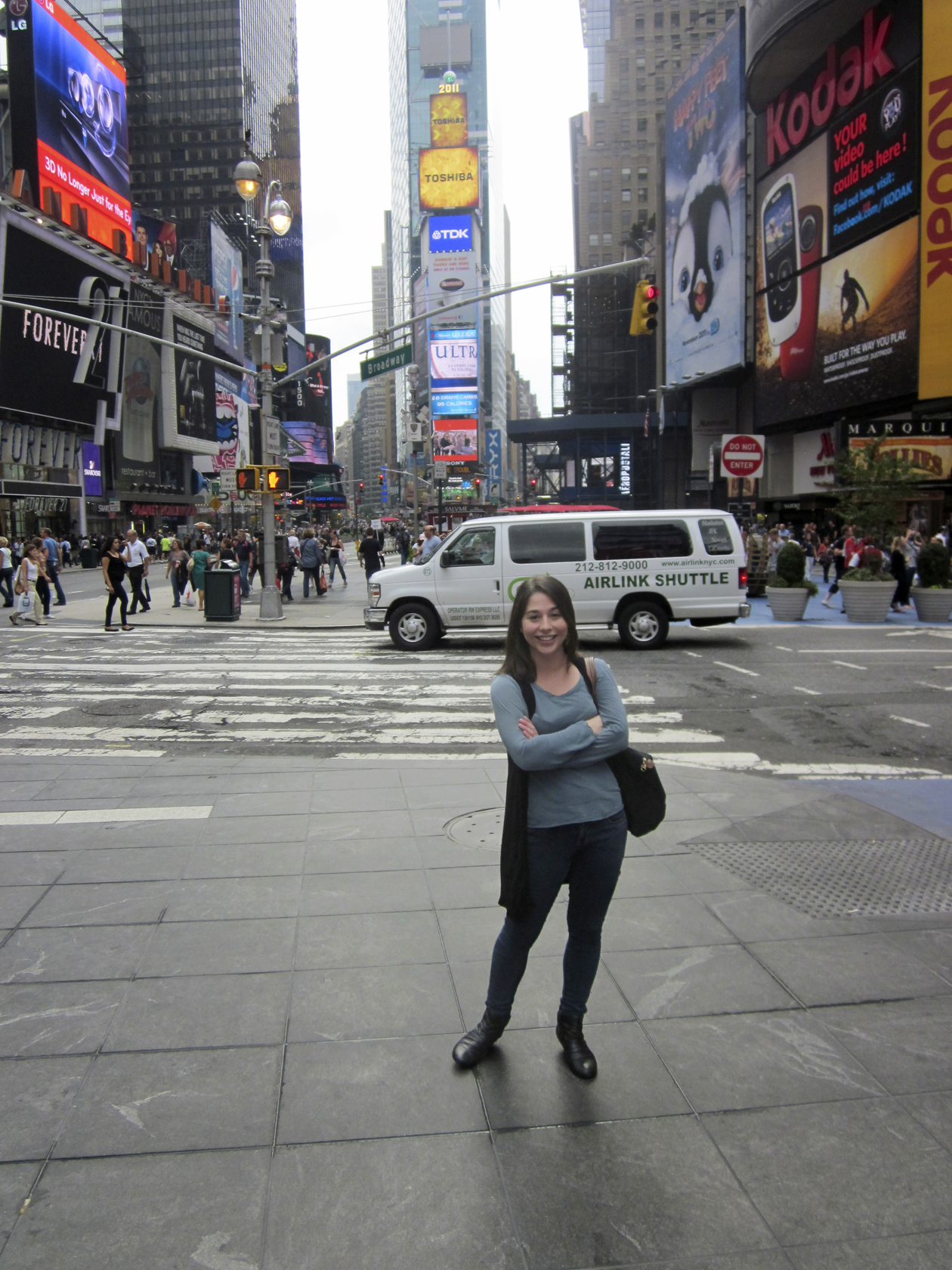 strengths and my weaknesses and knowing how I can continue to work on them even after school. When I came to Plymouth State, I was not confident. I was unsure of what I was going to do with my life. Now, I know that my gut feelings to go into this field were dead on. I cannot imagine doing anything else.

East: I know that my decision to attend Plymouth State was one of the best investments that I will ever make. I see myself as a confident individual; I believe in myself. I’ve had experience in leadership. I’ve found that the skills that I have learned—whether they are from life lessons or from a textbook—make me a different person than I ever thought I would be four years ago.

Funk: I came to PSU without having any sense of direction in life. PSU has given me the opportunity to engage with my passions and grow into the person that I have become today. Through my mentors and professors at PSU, I’ve learned to simplify my life; to reduce my consumerism and be less focused on materialism. By simplifying I am able to focus on my friendships, my passions, and my overall well-being. When I look back at my life, I want to have lived a life that improved the well-being of others around me. I want to leave this world a better place.

What are some of your long-term goals?

Funk: My long-term goals are to earn a master’s degree in international relations and hopefully establish myself within the field of conflict resolution, particularly in Africa.

Lynch: Many people have big Broadway dreams, and I’m one of them. But in reality, I’d love to just be able to consistently have work in theatre and be able to have a comfortable lifestyle off of that. My personal goal is not to give up. Sometimes you know you’re meant to do something; it’s just a matter of time before it all falls into place.

Following Commencement, Brady Lynch appeared in the title role of Gigi at the Winnipesaukee Playhouse. Shortly thereafter, she moved back to New York City to work in theatre full-time. John East returned to Staples, Inc., where he is a compensation analyst. Bryan Funk spent much of the summer in Canada, raising awareness and funds for Invisible Children, a nonprofit dedicated to ending the war in Uganda and the use of child soldiers.

Jennifer Philion is web content editor in the Office of Public Relations. 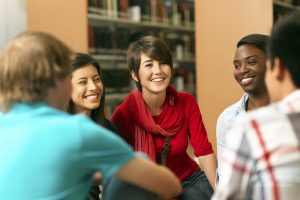 From Orientation to Graduation, PSU Embraces Inclusion Diversity as a cultural buzzword often refers to race and ethnicity....
Copyright 2019 Plymouth State University
Back to top