Marcel Lebrun’s career in education spans just over three decades. He began his career as a middle and high school math teacher in Canadian public school districts, and then taught elementary-school-level French immersion programs. Early in his career, he discovered his aptitude and passion for teaching special education students.

Since joining the faculty in PSU’s Department of Education in 2002, Lebrun has developed three new certificate programs in the College of Graduate Studies—in learning disabilities, emotional behavior disorders, and a fifth-year master’s program in special education—and has authored seven books on such topics as adolescent depression, school shootings, and critical issues in childhood. Two of his books, Keeping Kids Safe and Books, Blackboards, and Bullets are required reading for pre-service teachers in universities in South Korea and Israel.

Today, Lebrun balances his teaching duties, research endeavors, and speaking engagements with the responsibilities of chairing the Department of Education. Plymouth Magazine recently spoke with Lebrun about his many interests, both on and off campus.

Special education became a passion of mine when I was teaching in public schools. I saw how my efforts in the special education classroom made more of a difference than in regular education classrooms.  I became known for my ability to figure out the motivation and function of behavior in many troubled students, and this led me to work more closely with colleagues, parents, and students in developing behavior support plans
for students.

I remember one of those students, a 5th grader named Adam. He had issues with attitude, non-compliance, and aggression. I had many after-school meetings with him, trying to get him to believe in himself and teaching him problem-solving and communication skills. I knew he was a great kid who was just making the wrong choices. Some days it felt like I was hitting my head against a wall. Yet he kept coming to school every day—and this was a kid who had repeated truancy issues since he started school. He even earned an award for perfect attendance that year.

Three years ago I received an e-mail from Adam, telling me he had earned his PhD in biochemical engineering from a prestigious Canadian university. He said he just wanted to thank me and tell me that he never forgot what I taught him about himself. That e-mail confirmed for me that teaching can change lives.

I was in my second month of teaching here at PSU when I was invited to be part of a new state initiative called Positive Behavioral Intervention Strategies. It’s a program that helps schools and teachers understand student behaviors and interventions from a proactive, positive point of view, rather than a negative or reprimanding point of view. It teaches educators and parents how to use positive interventions to change and teach new behaviors.

Eventually I joined the PBIS leadership team, which enabled me to work in school districts that were implementing the program—I continue to do this to this day.  I am in schools a few days a month interacting directly with school PBIS teams, observing children in the classroom, working with teachers on improving their skills, and consulting with teams regarding complex children and the challenges they bring to the school environment.

Going into schools and working with teachers, parents, and students is the most rewarding aspect of my work with PBIS. Each time I walk into a school, I put my years of experience, teaching, and learning to the test. Last year I worked with a school where a first-grader was out of control. He often needed to be restrained and isolated in a time-out room. There was discussion of placing him in an out-of-district residential program because of his aggression and mental health issues. I observed him in the classroom, worked intensely with his teacher, and collaborated with the school PBIS team on a behavior support plan for him. Once we implemented the plan and addressed the true function of the behavior, it was like a new child emerged. He became engaged in the learning process and interacted with his peers and teacher in a positive way. It’s those kinds of successes that make me feel that the work I do is worthwhile.

What do you enjoy most about your own teaching career?

At PSU, I get the best of both worlds: I teach undergraduates and help prepare them to be great teachers, and I also teach graduate students, who are typically already in the school system. To know that my students will someday effect change in school special education systems is very gratifying.

In recent years, your work has taken you all over the world. How has this come about? 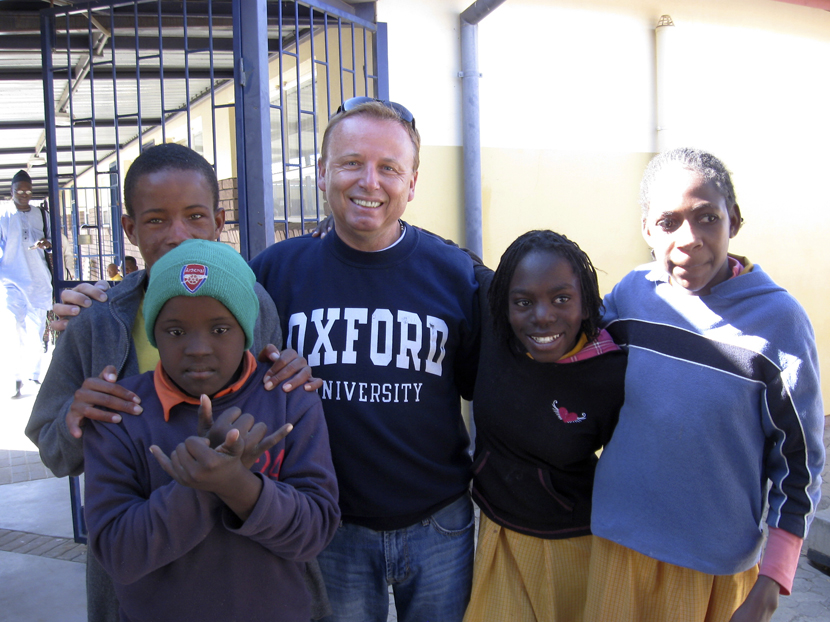 Lebrun (center) with students at a special needs school in Windhoek, Namibia, July 2011.

I’m always seeking out opportunities to do overseas teacher training with regard to inclusion and advancing the Disability Rights movement. There are too many places in this world that still consider children with disabilities as inferior. Part of my mission is to educate adults so they can provide a better quality of life and a good education for these children.

A few years ago, I became a member of the International Association of Special Education (IASE), which is dedicated to improving the quality of life and service delivery for individuals identified as having special needs. Through my work with IASE, I’ve been able to combine my love of travel with my love of teaching. In 2009, I gave presentations in Canada, Peru, and Spain, and conducted research in China, Egypt, Scotland, Ireland, Morocco, and Portugal. Last year, my work with IASE took me to Eastern Europe, France, England, and India. Earlier this year, I was in Namibia, Africa, where I presented and worked with local schools to build inclusive practices and train teachers.

Everywhere I go, I take a part of my experience and apply it to my teaching, and show my students how it may relate to the kids they’re working with, or the situations they’re in.

Top photo of Lebrun in the classroom by Jon Gilbert Fox. 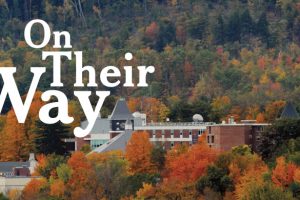 On the cusp of graduating, three seniors reflect on their time at PSU and what’s next. by Jennifer Philion The college...
Copyright 2019 Plymouth State University
Back to top