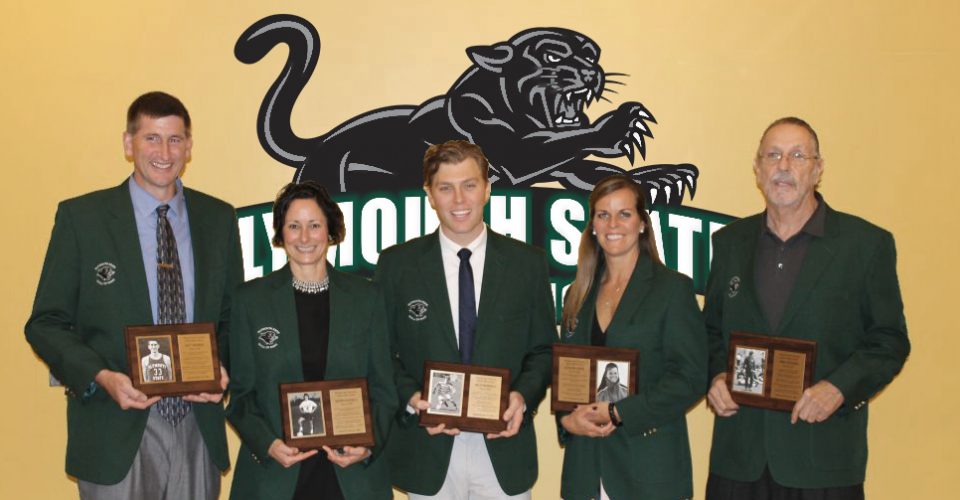 Plymouth State University celebrated its athletic heritage on Saturday, October 22, 2016, when five new members were inducted into the PSU Athletic Hall of Fame. The quintet represents some of the best Panther student-athletes over the last four decades, representing the sports of football, basketball, soccer, and skiing.

Mike Gittleson ’77 A former Panther three-sport letterman (football, wrestling, track) and a pioneer in the field of weight training and conditioning, Gittleson spent thirty seasons as the Head Strength and Conditioning Coach for the University of Michigan’s football program. Over the course of his career, he has coached more than 100 All-Americans and two Heisman Trophy winners.

Matt Swedberg ’91 A standout for the Panther men’s basketball team who earned All-Little East Conference recognition after leading the team to a combined record of 49-28. Swedberg has enjoyed a very successful career as a high school physical education teacher and basketball coach, winning more than 250 games with three state championships.

Kristin Mainella ’93 An All-American and four-year standout for the Panther women’s soccer team, Mainella is one of the career-scoring leaders and a three-time All-Little East Conference selection who helped the team to four NCAA tournaments, two Final Fours, and an overall record of 60-8-3.

Liz Hazel Savage ’96 A four-year standout and team captain on the Plymouth State ski team, Savage qualified for the US Collegiate Ski Association’s national championships all four years and earned All-America honors in the giant slalom as a senior.

Profiles on each 2016 inductee and a nomination form for the 2017 Athletic Hall of Fame are available here. Plymouth State’s move to an integrated cluster model is preparing students to compete successfully in our increasingly complex and interdisciplinary world.

Many Plymouth State alumni have established themselves as innovators, creators, and entrepreneurs in a wide variety of fields. Take 2016 PSU Athletic Hall of Famer Bryan Biederman ’07, who has parlayed his graphic design background, his love of sports and fun, and his entrepreneurial spirit into co-founding Poleish Sports, one of the fastest-growing outdoor entertainment companies on the market. The company’s signature product, Poleish Sports Bottle Bash Game, combines elements of disc golf and horseshoes with a few twists, and is selling out in stores all over the country, as well as online. Check it out at www.poleish.com.

Victory is sweet at the Common Man Apprentice Competition 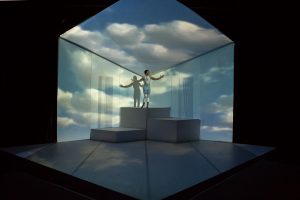 With PSU's move away from a traditional academic model to the integrated clusters model, faculty, staff, and students have...
Copyright 2019 Plymouth State University
Back to top