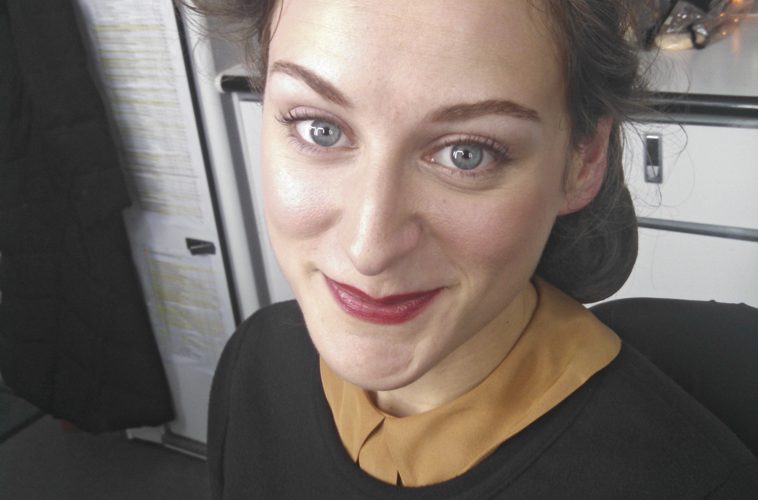 Three PSU alumni have worked together in their field since their days at Plymouth State. Angela Hope Smith ’09 is an American stage and screen actress who played Catherine Paine in Disney’s disaster drama-thriller, The Finest Hours (2016), alongside Chris Pine, Holliday Grainger, and Beau Knapp, directed by Craig Gillespie. On stage she has performed for thousands on the Boston Common with Commonwealth Shakespeare Company, and toured the southeast United States with Chamber Theatre Productions. Regionally, Smith has played numerous classical stage roles including Juliet, Ophelia, Hermia, and Cassius in Julius Caesar. She has been involved for many years with Advice to the Players (ATTP), a New Hampshire theatre company performing Shakespeare and offering workshops.

Smith is married to fellow PSU Music, Theatre, Dance alum, Andrew Codispoti ’08, artistic director of ATTP. He has been working with the company since 2007 as actor, web master, educator, trustee, chairperson, and director. He has received education training from Shakespeare & Company in Lenox, MA, and has acted with companies across New England such as The Barnstormers Theatre, New Art Theatre, Stoneham Theatre, and Seven Stages Shakespeare in Portsmouth, NH. He has directed productions for Seven Stages and Advice to the Players. Jessie (Earl) Chapman ’09 is managing director of ATTP. Jessie has long served the company on stage and off, as an actor, business manager, and educator for ATTP’s Shakespeare Camps. She has also worked as a teaching artist, director, and company manager for Shakespeare & Company in Lenox, MA, for Lincoln Center, the Brooklyn Center for Performing Arts, and Theatre for a New Audience, in NYC. 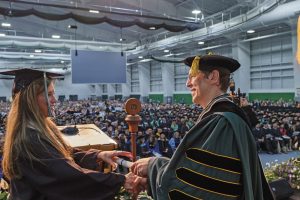 PSU President Donald L. Birx at the 145th Commencement Ceremony on Saturday, May 14, 2016, his first as president, and the first...
Copyright 2019 Plymouth State University
Back to top