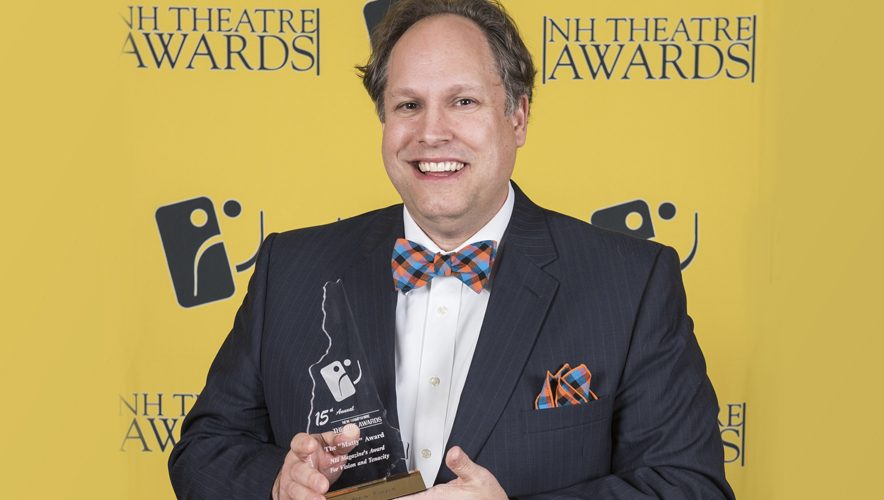 To realize his dream, Andrew Pinard ’11 got creative

Who would have thought that a mall would be a great place to see live theatre?

Andrew Pinard ’11 did. And as it turns out, he was right.

Pinard’s Hatbox Theatre occupies the space once inhabited by women’s apparel retailer Coldwater Creek at the Steeplegate Mall in Concord, NH. “The owner needed to rent the space, and we needed a space,” he says. How Pinard transformed that empty space into a beautiful, intimate theatre is nothing short of amazing. “We moved in March 11, 2016, and opened our first show on April 1,” he says. Despite the rush, Pinard is pleased with the results. “This type of theatre is very special—it’s a three-sided venue, with the audience no more than four seats away from the performer on stage,” he says. “Audiences feel like they’re part of the show.”

Judging by the reception Hatbox Theatre has received from both the theatre community and audiences in its inaugural year, Pinard’s venture is an unqualified success. “Since we opened Hatbox Theatre, we’ve had more than 3,500 people come to more than 120 performances,” he says. Pinard (left, with balloon) in character as Bottom in A Midsummer Night’s Dream. Photo courtesy of Andrew Pinard.

For Pinard, who has been interested in magic, music, and performance since childhood, Hatbox Theatre is the realization of a long-held dream. “I’ve always wanted a place to create and develop a community of artists who are inspired to be creative and do great work,” he says.

Inspiration and Opportunity
As a student at PSU, Pinard himself was inspired to be creative and do great work by the likes of the late Professor of Voice Kathleen Arecchi, Professor of Music Robert Swift, and Professor of Theatre Charles Combs. He still remembers Combs directing him as Nick Bottom, a comical character in A Midsummer Night’s Dream. Pinard was looking to Combs for direction; Combs wanted Pinard to decide for himself how he should play the character.

Pinard’s creative twist on Shakespeare garnered him more than laughs and applause, it landed him work—opportunities to apply what he was learning at Plymouth State to external organizations. Over the course of one summer, he was a lighting designer for summer stock theatre, a music teacher at a music camp, and a master electrician for the North Country Center for the Arts. “Those opportunities came to me out of my Plymouth State experience,” he says.

Hatbox Theatre is located at the Steeplegate Mall in Concord, NH.

Vision and Tenacity
Throughout his career, Pinard has worn a wide variety of hats, among them magician, magic shop owner, theatre artist, theatre teacher, and more. He has performed all over the world and earned numerous awards for his magic shows. Now he has a new honor to his credit: the Vision and Tenacity Award from the New Hampshire Theatre Awards. The award recognizes his work in transforming an empty storefront in a mall into Concord’s newest performance venue.

Pinard is flattered by the recognition, but he says his greatest joy comes from creating opportunities for other performers, and watching them stretch as artists, just as he did at Plymouth State. In fact, he says, “Hatbox Theatre is a direct reflection of what I learned working in the Black Box Theatre at Plymouth State. I experienced some remarkable theatre there as an audience member; I also got to experience it as a performer in a way that shaped what I do.”

While he has great memories of Plymouth State, Pinard is excited for his alma mater’s future as PSU moves to the new integrated clusters model, which emphasizes interdisciplinary learning, collaboration, and creativity in solving real-world issues. It’s an approach that Pinard firmly believes in. “This model gives students the chance to create and build something themselves, and discover things on their own,” he says. “After all, it takes creativity to see what might be possible and make it a reality.”

Top of page: Andrew Pinard with his Vision and Tenacity Award at the 15th annual New Hampshire Theatre Awards, held on Saturday, January 21, at the Capitol Center for the Arts in Concord, NH. © Arnold Imaging Photo. 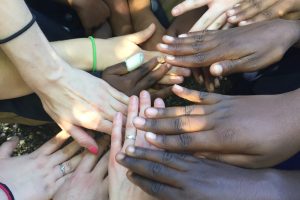