A group of men and women pop out from behind a wall, singing, dancing, chasing each other with kitchen utensils, laughing. A new man feels his way into the scene, belting out a catchy tune with the others, pretending to stir strange ingredients into a soup pot, always just a fraction of a step behind everyone else in the action, but catching up fast. The song and dance routine ends. Everyone cheers.

TIGER, or Theatre Integrating Guidance Education and Responsibility, is as alive and sinewy as its moniker implies. Originally developed in 2002 to help schoolchildren, families, and communities deal positively with social concerns, TIGER performances are based entirely on anonymous writings of New Hampshire children, and cover such topics as bullying, friendship, and the environment. Using actors, puppets, music, dance, and skits, TIGER allows audience members to discover and galvanize their own power in resolving difficult issues. 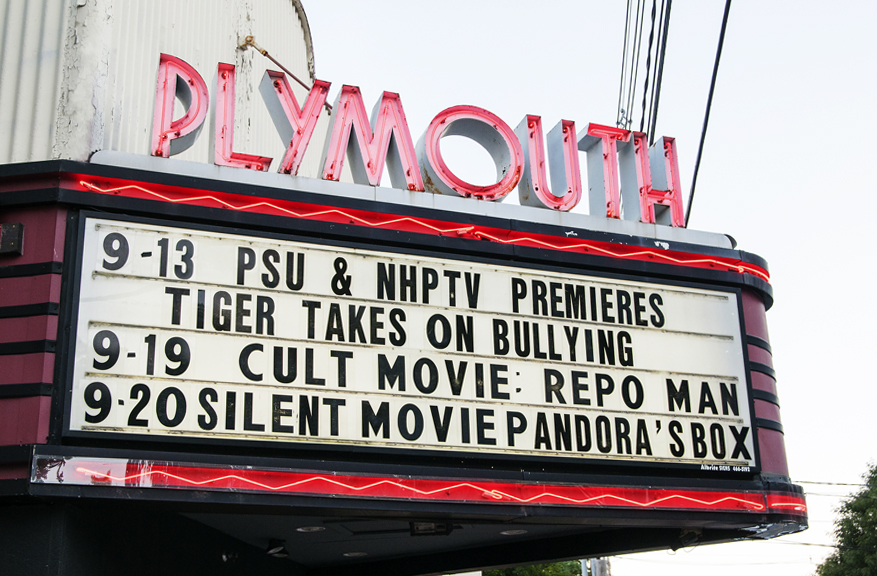 Now, after ten years of reaching more than 300,000 children in more than 1,000 performances in hundreds of schools, TIGER has branched out to a new medium, reaching an even broader audience with its NH Public Television special, “TIGER Takes On Bullying,” which premiered in September.

A TIGER Is Born

Ten years ago, Professor of Education and Integrated Arts Patricia (Trish) Lindberg had a brainstorm: she wanted to launch a theatre company that would address social issues facing children in school today. A great believer in the power of the arts to effect change in people’s lives, Lindberg hoped to inspire audiences to think in new ways about challenging topics.

She sought out Gail Mears ’76, at that time a professor of counselor education, and Gary Goodnough, professor of counselor education and school psychology, to provide the solid base in social issues of childhood, bullying, and exclusion research and practice that Lindberg was looking for. They established their roles and quickly became a team: Lindberg as artistic director, Mears as executive director and data manager, and Goodnough as business manager. Lindberg’s graduate assistant Kate Lynch was tour manager.

Mears and Goodnough trained the actors on bullying issues, helped create parent- and teacher-training workshops, evaluated the content of the shows, and consulted on elements in the show that could be considered too provocative or inappropriate. “Trish relied on Gary and me to be guides in terms of how to attend to the emotional aspects of bullying,” Mears says.

"TIGER Takes on Bullying" premiered to a packed house at the Flying Monkey in Plymouth.

Once the framework for the TIGER program was in place, Lindberg and her team came up with writing prompts to send to New Hampshire elementary and middle schools, asking students questions such as “Have you ever experienced bullying? Have you ever witnessed bullying? How did you feel?” Responses poured in. After sifting through the often poignant writings, the newly recruited TIGER actors created the first show with a title taken directly from one young child’s writing: “A Bully Isn’t Your Friend … Yet!”

Schools around New Hampshire quickly embraced the concept of a theatrical production addressing bullying problems. In fact, the first tour was sold out before TIGER had finished creating the show. Early on, Alex Ray, founder and owner of the Common Man family of restaurants, became an ardent and generous supporter of TIGER. Gifts from Ray and others were instrumental in TIGER’s foray into television as well as general program support.

Lindberg says TIGER has been “a collaborative effort from the beginning. Everybody brings their own stories, their own talents, their own special energy, and when a new person comes in, it changes and evolves and grows again.”

The professional actors in the TIGER troupe—Chris Gonzalez ’99, Cait McKay, Colleen (Coco) Eliason ’05, Richard Moses, and Brandee Peglow ’11—are passionate about their roles. “What TIGER does is put the ideas and information right on the kids’ doorstep,” says Peglow. “We make it personal.”

TIGER veteran Gonzalez agrees: “We get the great opportunity not only to perform for the schools but to go into the classrooms to reinforce the concepts and skills with our workshops. We can talk to the kids, we get to know them.”

Lindberg turns the personal aspect of this kind of theatre work to the audience’s advantage. “Our actors all have felt marginalized at times, so part of the heart of the show comes from the fact that every single one of them knows what it’s like to be bullied,” she says. For the actors, knowing they have an impact on children’s perception of a situation, and on their ability to find help, is tremendously important.

Being a TIGER actor is not just another theatre job for McKay. “As much fun as it is to sing and dance and act all day as your job, it’s so much more fulfilling to know that we have a chance to make a difference,” she says.

And TIGER does make a difference. Moses says, “We’re entertaining them, they’re laughing and having fun, and then we slip in some really potent ideas about how people are affected by our behavior. Kids learn the lesson and it’s all wrapped up in something they’ll remember for years.”

Over time, the troupe has developed additional shows, including “Just Between Friends,” “Let Your Star Shine,” “TIGER Teen Theatre,” “Green TIGERRRR,” and “Bullies and Bystanders Be Aware (Everyone Everywhere Needs to Care).” In 2011 TIGER premiered “Transitions,” a musical designed to help young people adjust to life in college. TIGER has performed at the state level for the NH Department of Education, regionally for the New England Theatre Conference, nationally for the American Alliance for Theatre and Education in Utah, and internationally for the National Drama International Conference in England and the International Festival of Children’s Theatre in Egypt. With each new show Lindberg turns the TIGER name into a new acronym based on the targeted skills of the show. For example, the cornerstones of “Bullies and Bystanders Be Aware!” are:

I say NO! to bullying, in person
and online!

Get help—don’t be a bystander!

Respect yourself and others!

TIGER actor Coco Eliason says, “Every year there are new bullying trends. With this kind of show, we can take the basic scene and input the different trends and make it relevant to what’s happening now.”

As educators, the TIGER team has always recognized that a stand-alone performance is not enough to “take on” bullying and other social issues, which is why they work with schools on integrating bullying prevention into existing curricula. “A performance is not an intervention; a performance is a piece of intervention,” Mears says. In addition to performances, TIGER offers professional development on bullying, as well as student workshops following performances. Pam Irish, the current tour manager, sends participating schools a resource manual of materials they can use throughout the year, and a monthly online curriculum of activities, book ideas, and tips to keep topics fresh in the classroom.

Following September’s television premiere of “TIGER Takes On Bullying,” the show was sent  to national public television stations and other national markets. If the show is picked up for national syndication, TIGER and PSU will work with NHPTV to generate funding for additional episodes. NHPTV has also developed a “TIGER Takes on Bullying” website with resources for teachers, children, and families to help avoid and overcome bullying.

“I am proud of our partnership with Plymouth State, of how we can combine the academic and creative strengths of TIGER with the production talents of NHPTV,” says Peter Frid, president and CEO of NHPTV.

Meanwhile, the stage shows continue, with another busy year of school performances under way. Lindberg is tireless in her commitment to getting the TIGER message to children. “Through technology we have more of an ongoing presence in the schools,” she says. “And we’re hoping with this TV project that the kids whose schools can’t afford TIGER can go home after school, turn on channel 11, and there it will be with the very same messages for them.” 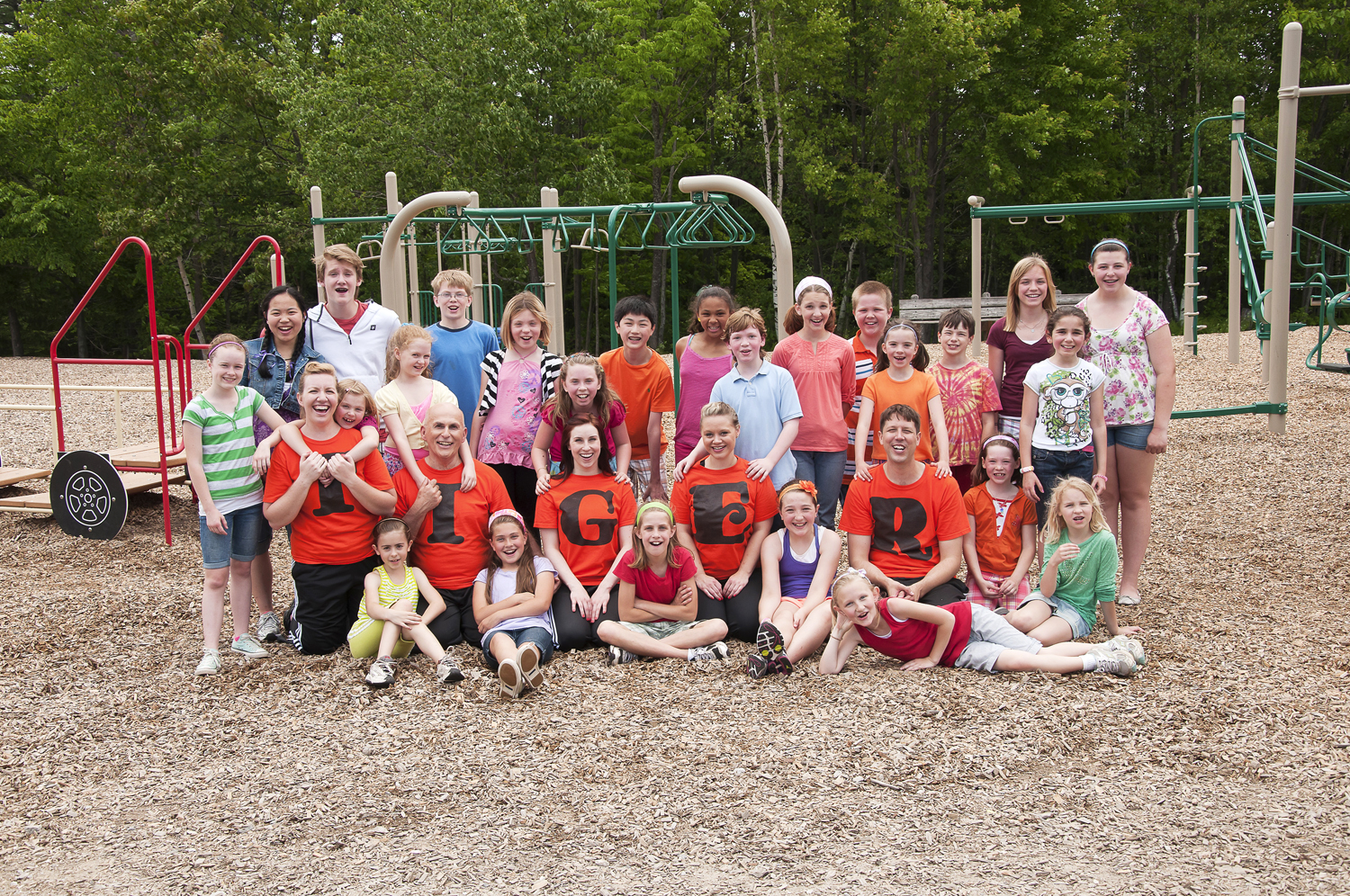 A Life Story Lives Forever through an Endowed Scholarship

A Life Story Lives Forever through an Endowed Scholarship

Carleton R. Parish ’71 pays tribute to his wife, Sharon, and her extraordinary career in intelligence When Sharon...
Copyright 2019 Plymouth State University
Back to top