Lisa Doner, a research professor at PSU’s Center for the Environment, hopes the research project can establish the existence of a pattern in atmospheric variation—that perhaps an annual climate phenomenon known as the North Atlantic Oscillation(NAO) undergoes cyclical intensification every 80–100 years. This knowledge would improve predictions of future climate trends in the Northern Hemisphere, and especially in NAO-sensitive areas such as New England. 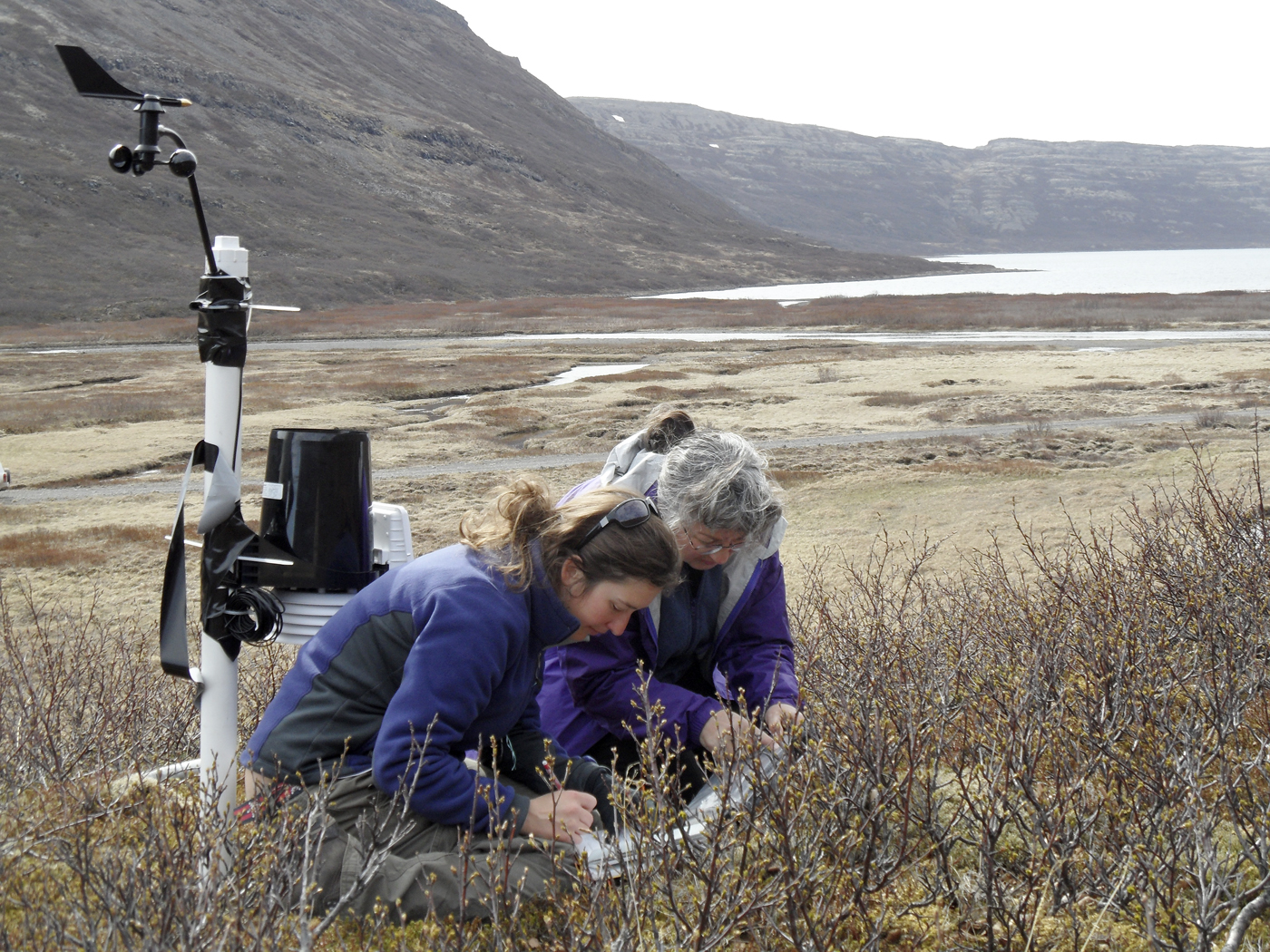 Christina Maki ’12 and Professor Lisa Doner assemble a Davis weather station at Lake Vatnsdalvatn. This data will be compared with readings from stream and lake sensors to determine effects of weather phenomena on stream and lake conditions.

Doner traveled to Iceland with hydrology professor Mark Greenand environmental science and policy graduate student Christina Maki ’12 in May 2011, then returned in July with undergraduates Ben Bolaski ’12 and Chris Myers ’11. Maki remained in Iceland during the interim period, camping near Lake Vatnsdalsvatn and studying the surface water hydrology of the area.

Maki says her work provided an extraordinary learning opportunity. “After several years of working on previously designed research projects, this was an exciting opportunity to study a system, learn where the gaps in the literature exist, design a relevant research project, and get first-hand experiences in northern Iceland collecting the samples needed to answer the question,” she explains. “Not only did I learn that fieldwork takes much longer than expected when working in cold, windy environments, but also I learned what it means to implement and troubleshoot fieldwork. Regardless of the time invested in the project design, there are always setbacks, and this research experience taught me techniques to work through even the most difficult of situations!” 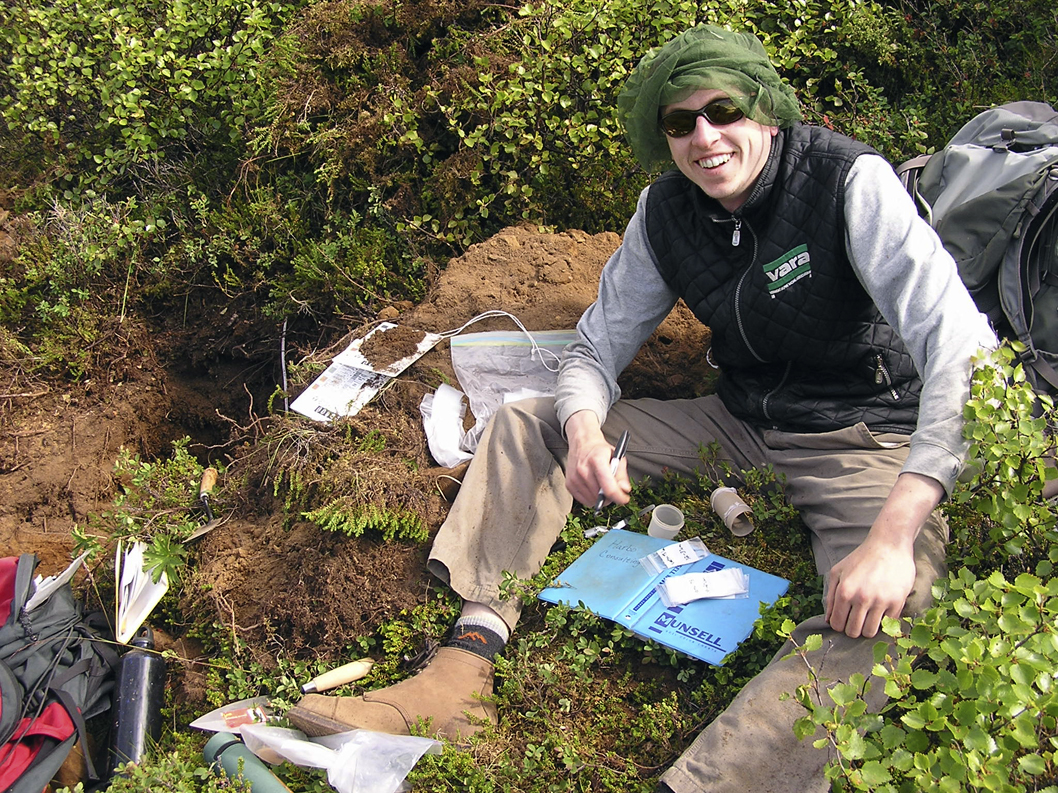 Ben Bolaski ’12 sports a bug net turban while sampling a soil pit along the slopes of Lake Vatnsdalsvatn. The varying chemistry of these samples reflects the combined effects of climate change and human land use over the last 1,000 years.

For their part of the project, Bolaski and Myers gathered soil samples to examine their chemical profile, and set up sensors and sediment collectors in the lake. “The [undergraduate] students are incredibly happy and excited to have hands-on work. They get to see the whole scientific process, from the theory to fieldwork to lab work,” Doner says. “This kind of project really gives them a head start on research opportunities and puts them on a competitive playing field when applying to grad school.” Indeed, Myers, who graduated from PSU in December 2011, is now attending Vanderbilt University as a graduate student in geology.

Bolaski, a senior from Springfield, VT, says the experience has given him new perspective. “Working on this research project has completely changed the way I think about and view research science,” he says. “This has given me the opportunity to view science from outside the classroom and apply what I have learned to real-world, cutting-edge research. It is an opportunity that many people would think is only available at larger universities, but it is happening right here at Plymouth State.”

This summer, Doner’s team will return to download that sensor data and measure the accumulated sediment. They’ll camp in a different location and focus on another lake—the project is looking at four lakes overall.

After 2011’s unusually dry Icelandic summer, Doner is hoping 2012 brings a change: “It would be nice to have the other extreme,” she says. “Well, it would be miserable working conditions, getting rained on all the time, but it would be good for the project.”

by Barbra Alan If you’re lucky, you can look back on your years in school and recall that one special teacher who really...
Copyright 2019 Plymouth State University
Back to top