Early childhood development is our best bet for improving the overall health of a community, says Pat Cantor, professor and coordinator of Plymouth State University’s early childhood studies program. Children who experience high-quality early childhood programs need fewer resources as they go through school and beyond, and are less likely to experience such social problems as teen pregnancy, poverty, and crime. As adults, they earn higher salaries, pay more taxes, and earn wages longer. A growing body of research demonstrates that, rather than expending resources on top-down economic development projects, communities are better off supporting early childhood education. “Investing in quality early childhood programs has the longest-lasting positive outcomes, not only for the children who participate in those programs,” says Cantor, “but for all of society, because those costs saved is money that stays in taxpayers’ pockets.” Costs saved, she adds, to the tune of seven to fourteen dollars for every dollar invested. “That’s a powerful economic statement. If you have limited resources, where are you going to get the most bang for your buck?”

New Hampshire’s beautiful North Country, just north of the White Mountains and encompassing all of Coos County, is an example of a region with limited resources but great potential. One of the most ardent champions of the North Country is the Neil and Louise Tillotson Fund of the New Hampshire Charitable Foundation. The Tillotson Fund was established in 2006 with a vision to “serve as a catalyst to help the North Country move from decades of managing slow decline toward sustainable development.”

In 2009, the Tillotson Fund helped kick off the large-scale, multi-year Coos County Early Childhood Development Initiative. Grants were awarded to organizations that support early childhood development and families with young children. Plymouth State University, as one of the grantees, provides professional development and preparation for current and future early childhood teachers in the North Country. Cantor and her colleague, early childhood studies professor Mary Cornish, also shared resources and research with the funders as the initiative was being developed, focusing on the effectiveness of high quality early childhood programs and providing support for teachers to implement play-based learning.

Coos County Early Childhood Leadership Cohort
As part of the broader initiative, PSU launched its Coos County Early Childhood Leadership Cohort in September 2011. A group of five early childhood studies majors, all hailing from Coos County, was selected to receive full tuition and a stipend for up to four years at PSU through a grant from the Tillotson Fund. Each of these students has committed to working in early childhood education in Coos County for at least two years following graduation. 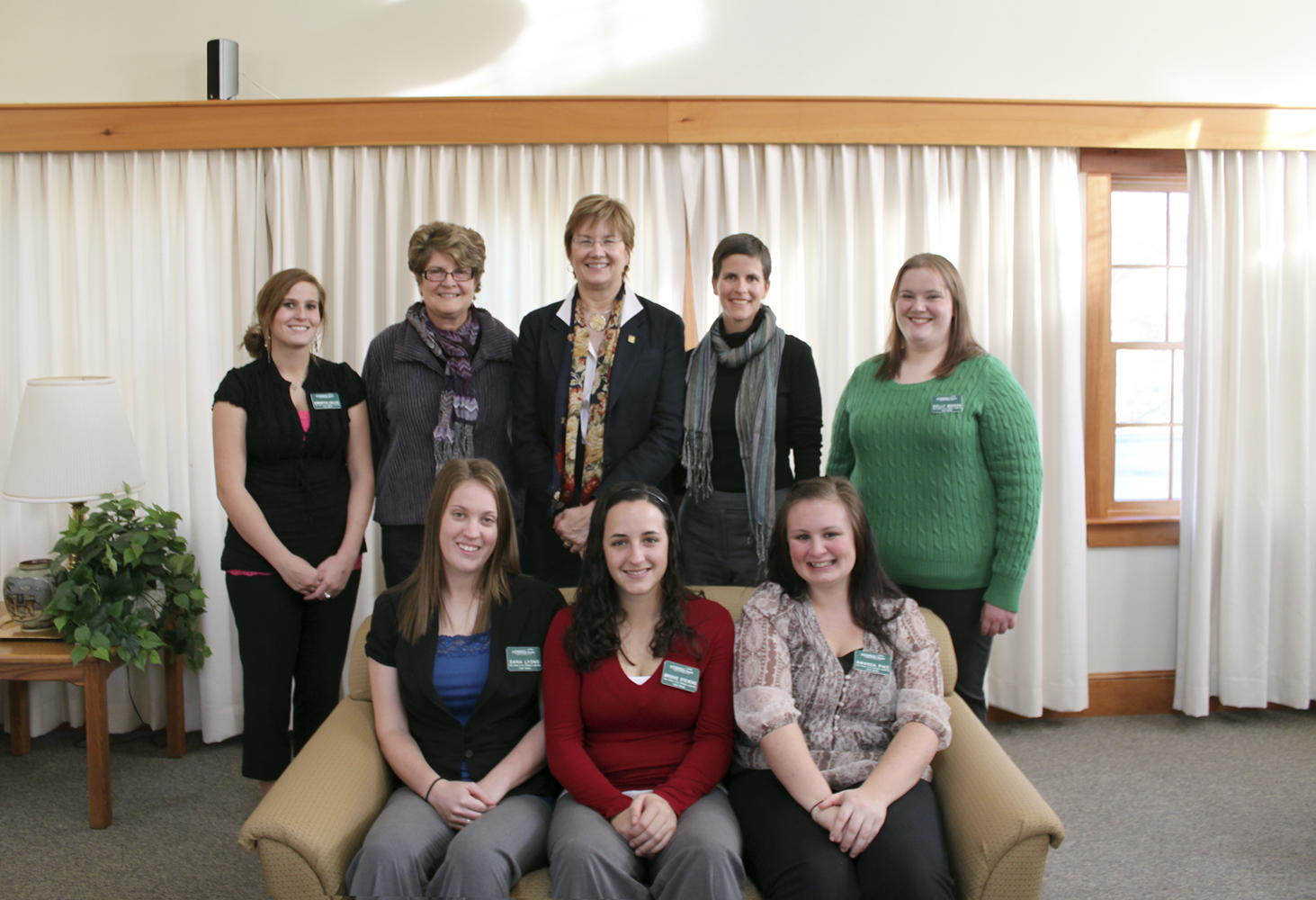 The five who have taken up this challenge with gusto are third-year students Amanda Pike, Gorham; Dana Lyons, Colebrook; and Brooke Stevens, also of Colebrook; and first-year students Kelly Mason, Stratford; and Samantha Hallee, Berlin. The expectation for the cohort is that they will use their local knowledge and cultural context, combined with their education and the opportunities that the scholarship affords them, to return to the North Country prepared to be effective in their roles as classroom teachers, early intervention specialists, Head Start educators, or whatever niche they find for themselves.

My North Country Home
Three years ago Brooke Stevens graduated from her Colebrook high school in a class of 35 students. “Not many people have that experience,” she says. “Coos County has a small population that has been decreasing. Only 16 percent of the people living in Coos County have a bachelor’s degree, and the number of people living below the poverty level is more than 12 percent.”

Given these numbers, it’s heartening that Stevens and her PSU early childhood studies peers have made a commitment to return to Coos after their college years in the comparative bustle of Plymouth.

“These statistics are only a small part of what it is like to live in Coos County,” Stevens says. “It’s a place where everyone knows everyone. People snowmobile, four-wheel, farm, hay, etc. The community is small and close-knit.” The beauty of the region also pulls her—and the others—back.

Although Stevens and the other young women express concerns about finding work in Coos, every one of them is determined to pursue this path. Dana Lyons, another Colebrook native, plans to open her own childcare center someday. She gave a lot of thought to her decision to commit to returning to Coos. Ultimately, she believes, it will be worth it. “I think it’s a good program to try and improve the education in the North Country,” she says. “I loved growing up in Coos County.”

Stevens agrees. “I decided to apply for the grant because it seemed like a great opportunity to give back to a community that had already given me so much as I was growing up,” she says. “[And] to graduate from Plymouth State University with a bachelor’s degree in early childhood education and have no student loans to pay off … how could I pass it up?”

In a field in which the salaries are extremely low, giving future teachers a chance to pursue their career path without amassing overwhelming student loan debt is a gift to be taken seriously. “When students have thirty thousand dollars or more in debt,” Cornish says, “they can’t afford to take a job that pays ten to twelve dollars an hour.”

PSU: A Piece of the Puzzle
The Coos initiative speaks to the University’s mission of service and its expertise in early childhood education. “This is a 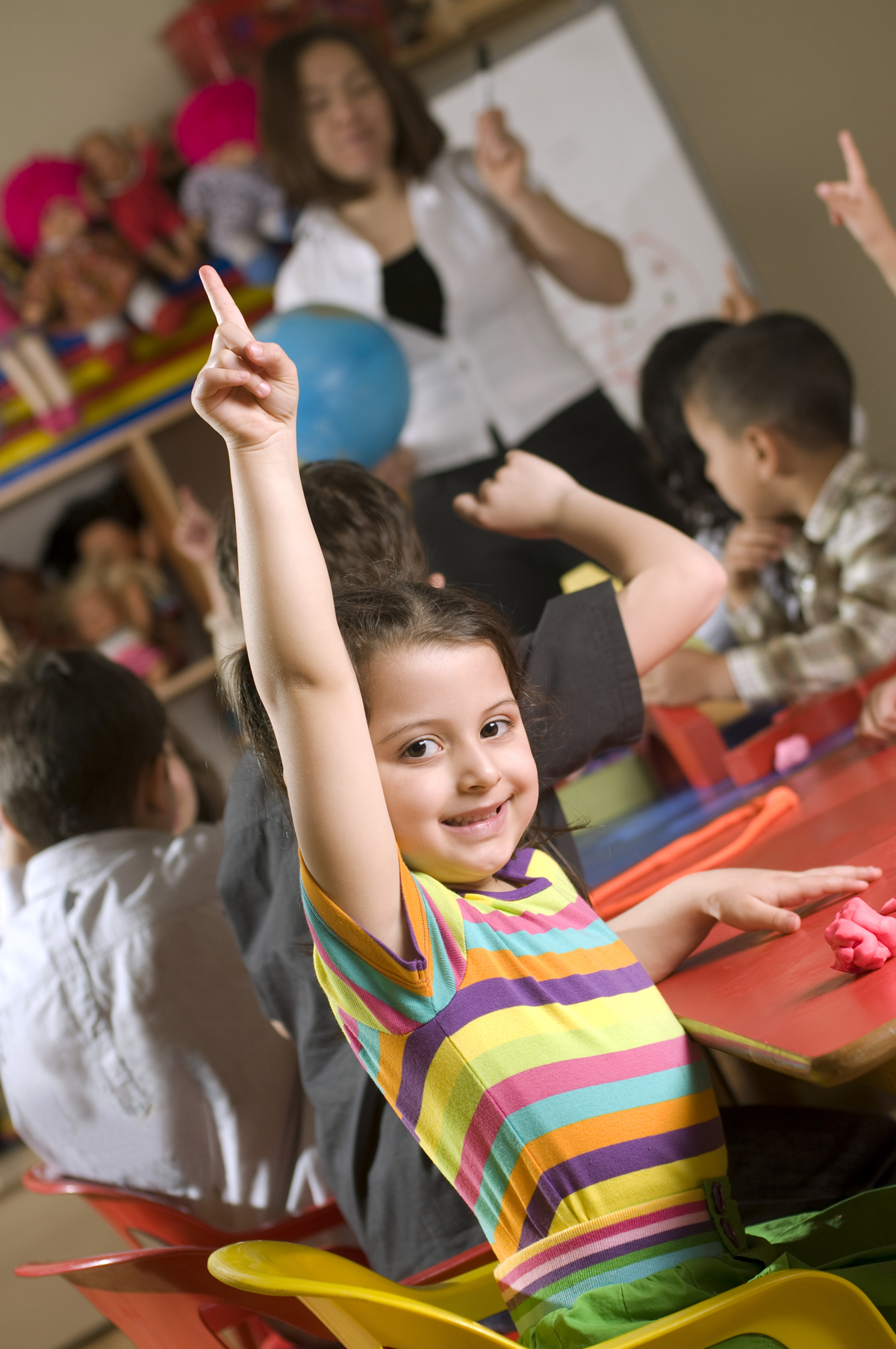 very large initiative,” Cornish, says. “We are a small piece of the bigger puzzle, with many people collaborating in the North Country around a shared set of goals.”

The early childhood studies department is a natural fit in this puzzle; recruiting PSU students who are already profoundly connected to Coos County just makes good sense. “As partners,” Cornish says, “we have the background and the undergraduate program to be able to help provide the bachelor’s degrees for the students.” According to Cantor, “One of the initial goals [of the initiative] was to make Coos a place where young families would want to go, to really make this a great place for children and families. That’s still a goal because there’s a recognition that a generation is moving away.”

Play Time
As a related facet of their role in the initiative, Cantor and Cornish provide professional development for North Country childcare providers, this year offering a series of sessions related to the theme of “Play at the Heart of the Curriculum.” “Our familiarity with the research on the importance of a play-based early childhood program and how play promotes children’s success in school later on,” says Cantor, “[allows us to] translate some of that research and help make it real.”

Cornish describes how she and Cantor are working with early childhood educators in Coos to strengthen their commitment to the importance of play. “It’s very easy to say children learn through play,” Cornish says. “But to be able to give specific examples of … how they’re engaged in promoting social skills or to show that they’re developing self-regulation, which is known to be a very important factor in children being able to be successful in more formalized school settings, I think that’s helping.”

Face-to-Face Professional Networking: Non-Virtual Connections
For the past two years, the state conference of the New Hampshire Association for the Education of Young Children has been held at Plymouth State. Through the Tillotson Fund, PSU was able to provide free conference registrations and memberships in the national association both years—this year for 55 participants, which is more than half the population of early childhood directors and teachers in Coos County. Cantor says, “When we had this session last year with 40 Coos providers, they said, ‘We’re never in the same room with people from other programs.’”

Working in a large rural area, with miles between towns and unreliable online access, can be isolating for early childhood educators. As a partner in the initiative, PSU is able to bring together educators—current and future—to exchange ideas and present what they have been learning and what they have been implementing in their programs. Cantor and Cornish view Plymouth State’s involvement in the initiative as a reciprocal relationship. “We’re learning so much from our colleagues and their efforts in the North Country,” Cornish says.

Preparing the Next Generation of Leaders
Cantor and Cornish anticipate that the five members of PSU’s cohort will be, in time, among the next generation of leaders in Coos. “There are some strong leaders in early childhood in Coos right now,” Cantor says. “They’re building those networks so they can support each other …. We want these students to move seamlessly into that.”

As for Plymouth State’s student cohort, they are excited to begin their early childhood careers, wherever the work takes them. “I love working with children, especially the younger ones,” says Amanda Pike. “There’s never a dull moment, and it’s exciting to watch the children grow and learn as you learn with them.”

Students honor Berlin's past through art