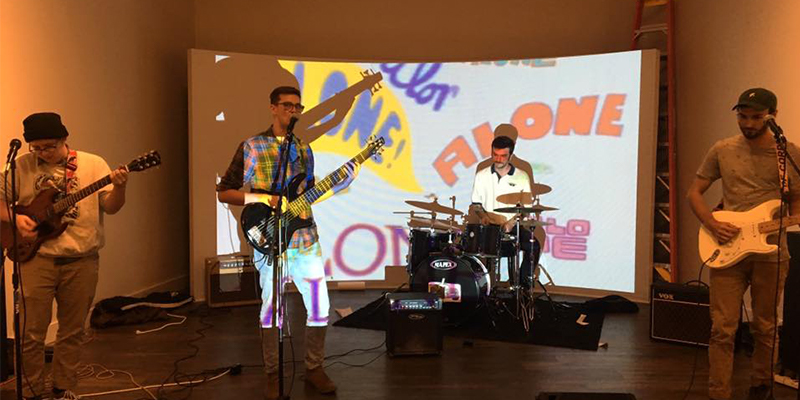 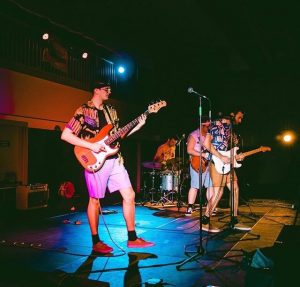 Starting a band in college was a lot easier than I thought it would be. You would be surprised by how many people in Plymouth know how to play an instrument and how many want to start bands. You don’t even have to be proficient in the instrument you play, I sure wasn’t when my friends and I started our first band here at Plymouth. Many people know how to play guitar, but there are also drummers, bassists, vocalists, and keyboard players who all want to be in a band. I know this because anytime one of the bands I’m in plays out, I have at least three people come up and tell me how bad they want to start a band and play shows (this does not include the people who come up and ask to join my band). I always tell those people that they should, because I would love to see more of a legitimate music scene in Plymouth. 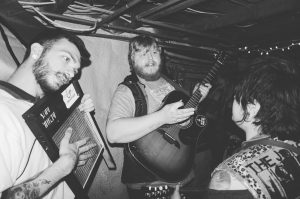 I met three other students my first year through mutual friends, and we all had a passion for performing music. We decided to start a band, and by the beginning of sophomore year we had a place to practice and were in the beginning stages of writing our own music. We practiced frequently, much to the disdain of the neighbors. The week before Spring Break, we played our first show in our friend’s living room, which was an incredible experience. We have gone on to play quite a few more shows, sometimes in living rooms, other times basements, and one time in a museum. When we first started I wasn’t sure if anyone would want to hear us play, so I was pleasantly surprised when people asked us to play in their houses.

We weren’t always great, but it wasn’t really about how many mistakes we made. It was about the fun that everyone in the room was having, and the euphoric feeling of performing music you have written with some of your best friends. Even if I am watching my friends play, it still creates the same euphoric feeling. 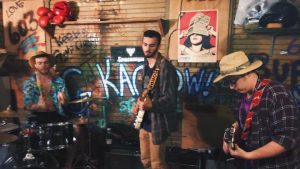 Sadly, the “scene” has been slowly fading out as seniors graduate and move away. There haven’t been as many bands starting up, and there are fewer and fewer people who remember when there was a more significant scene, with a culture based on having fun, friendship, and getting a little rowdy. There are only maybe five bands left, some of which are in their last year here at Plymouth.

It is imperative that more people start bands so that we don’t lose this culture that we have been holding onto. There are no guidelines or restrictions to live music. We are completely free to create whatever we want, however we want. People should have the opportunity to express themselves in something other than their schoolwork, and being in a band is that opportunity. 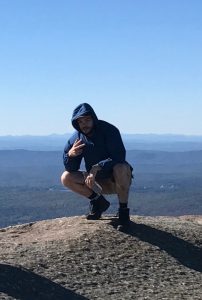 William ‘Will’ Secunde ’19 is a third-year student at Plymouth State majoring in communication & media studies. Will works on staff for the Marketing, Communications and Creative Service team and serves as an Admissions campus tour guide for prospective students and families visiting PSU. When he’s not playing drums he enjoys hiking and taking care of local foster dogs.