Sara Manzoni: At Home at PSU 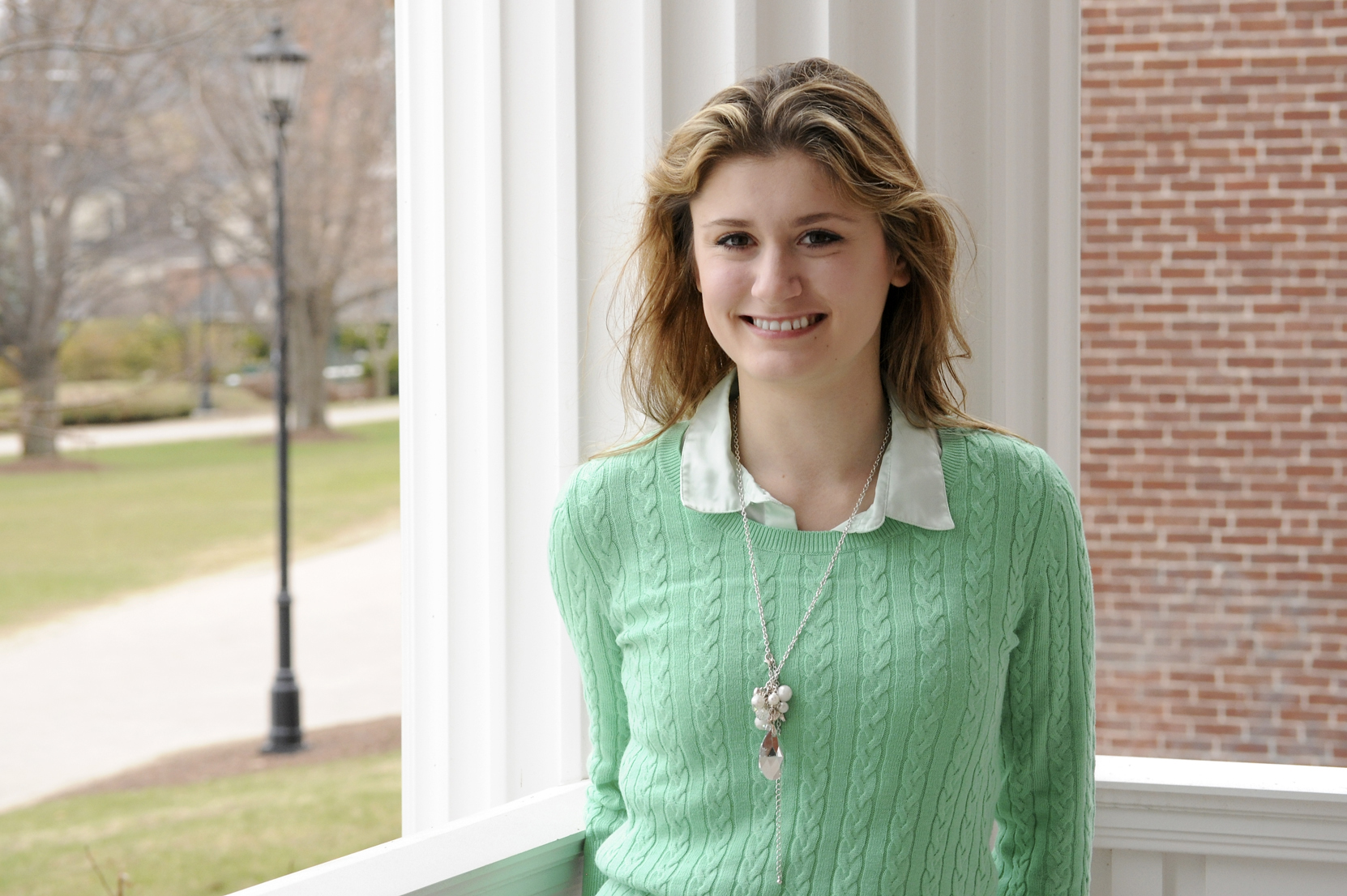 Bergamo, Italy, is a town steeped in history and tradition. Tucked in the foothills of the Alps, Bergamo is known for its impressive art collections, diverse architecture, and hearty cuisine. Nobel prize-winning novelist Hermann Hesse once called Bergamo “the most beautiful corner of Italy.”

Sara Manzoni ’15 was born and raised in Bergamo—and she couldn’t wait to leave it.

“I’ve always wanted to come to the US—it’s been a lifelong goal,” says Manzoni, who grew up on American movies, TV, and music and came to idealize America as a land of opportunity and individuality.

When it came to selecting a college, however, it was much more than the lure of the independent American spirit and the appeal of its pop culture that drew Manzoni to the US; it was her desire for a quality education, something she felt she wasn’t getting in Italy. The schools she attended educated students strictly by the book—the textbook. “Italian schools don’t focus on the practical application of what you’re learning,” she says. Especially disheartening to her was the apparent apathy of the administrators and teachers she encountered. “There’s a lack of organization, opportunity, and support for students in Italian education,” she says.

Manzoni’s criteria for an American university were simple: it had to be on the East coast (so airfare to and from Italy would be less expensive), it had to be affordable, and it had be in New England, which she knew had “a reputation for having good schools.”

PSU was a perfect match, so Manzoni applied and was admitted for the fall 2011 semester. Her first visit to campus—indeed, to the US—was during orientation week, which gave her the opportunity to meet other first-year students, American and international, and get comfortable in her new surroundings before classes started. It didn’t take long for her to feel at home at PSU and to realize she made the right decision to attend college here. “Everyone was really supportive, and everything was well-organized,” she recalls. “I would have had a much harder time adjusting to college in Italy.”

Now finishing up her sophomore year, Manzoni is embracing American life and all that PSU offers. She’s involved in academic and social clubs, has friends from around the world, and enjoys working part-time at PSU’s Center for Global Engagement and serving as a global student coordinator, which entails welcoming international students into the PSU community, mentoring them for their first year, and raising awareness about other cultures on campus and in the community. According to International Student Advisor Jane Barry, who supervises Manzoni’s work at the Center for Global Engagement, Manzoni “is an exemplary example of a PSU student leader: caring, dedicated to her studies, and passionate about helping other students have a positive experience here.”

Currently a business major, Manzoni is considering majoring in marketing and is grateful for the support she gets from her professors as she discovers her strengths and interests. “The faculty are ready to help, and they love what they do,” she says.

Manzoni’s professors praise her for her maturity and enthusiasm, which are serving her well in her studies. “Sara has a strong desire to succeed,” says Robert Nadeau, a faculty member in the College of Business Administration who has taught Manzoni in Career Exploration and will teach her this the fall in Professional Sales Skills II. “She genuinely appreciates the opportunity to study at PSU and is making the most of her experience here.”

While her studies, work, and social life keep her busy, the ambitious Manzoni is always looking for a new challenge. These days that includes learning Russian (having already mastered English, Spanish, and French back in Italy) and taking up the guitar. “I love being busy and challenged and always learning,” she says.—Barbra Alan

by Emilie Coulter It’s 2013. Do you know where your classroom is? For Plymouth State students 15 years ago, the answer...
Copyright 2019 Plymouth State University
Back to top