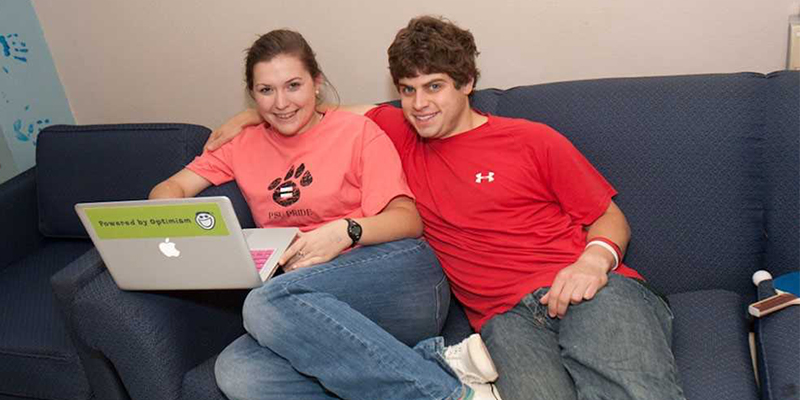 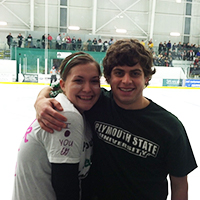 Evan and I met in Grafton Hall on November 26, 2011, after returning from Thanksgiving break. That batch of cookies turned into an entire evening of conversation about our families and ideas for the future. Before we knew it we looked up at the lounge clock and saw that it was 3 a.m.! Evan walked me to my room on the third floor, gave me an awkward side hug, and left. I went to my room and said to myself, “That’s they guy I’m going to marry.” Little did I know Evan had walked into the kitchen and said the very same thing to himself just hours before. I don’t know how we knew we were meant for each other but we knew we had similar goals and figured that was a good place to start.

Campus involvement only brought us closer. Together, we participated in student government. Evan was the student representative to the USNH Board of Trustees and I served as the 2014 Class President and student body president. I spent time as a tour guide and orientation leader while working in the Hartman Union Building and Museum of the White Mountains. Evan worked in the Provost’s Office and ran cross country. We floated the Pemi together, saw a thunderstorm on top of Boyd Science Center, spent hours studying in the Library Tower room, and enjoyed many cups of Marg’s coffee. 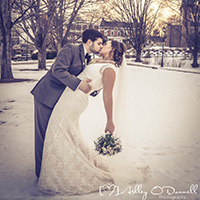 My senior year, after a shift at the shoe store on Main Street in Plymouth, Evan got down on one knee and asked me to be his wife. Our love at PSU didn’t stop there! Wedding planning began and we knew that campus would be the perfect place to join our lives, but we were not sure if that would be allowed. We graduated in 2014 and Evan started working at Southern New Hampshire University as a data analyst in their Institutional Research Office and I began my professional career at Plymouth State as an admissions counselor. PSU came through again and allowed us to host our wedding on campus! 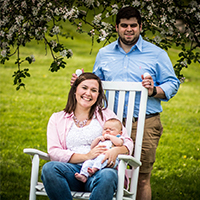 On January 30, 2016, among our family, friends, and PSU community we said ‘I do’ in Heritage Commons and celebrated by tearing up the dance floor in the Ice Arena. The following year I became a student success coach and at the end of March, while advising students, I went into labor with our first born, Oliver.