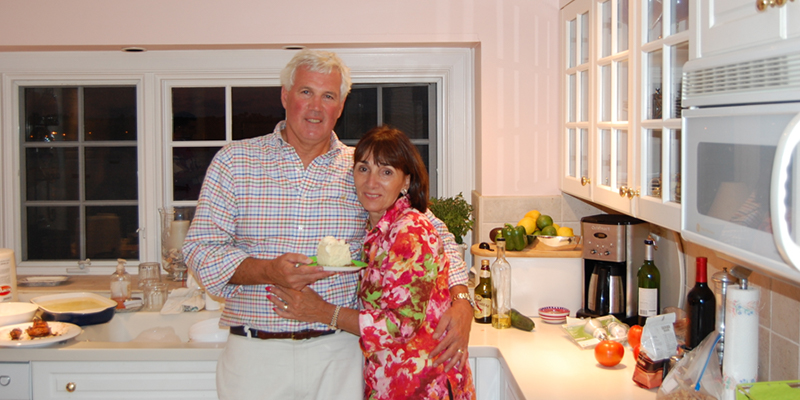 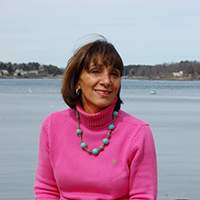 Paulette transferred to Plymouth her junior year. That early October the two met on the stairs between the second and third floors of Rounds Hall. Wayne invited her to a dance at Tenney Mountain that weekend. Always the cautious one in the family, Paulette returned to Belknap Hall to check him out, asking her new friends about him. The girls told her that he was a good athlete, had a positive attitude, was kind, and would quite possibly never ask her out on a second date. Though perplexed by the last comment, she went on the date.  They had a fabulous time. She met his “fraternity brothers,” danced, and realized they had quite a bit in common. Wayne DID ask Paulette to go for the second date and third.

Wayne went on to become president of Kappa Delta Phi, helping to introduce the idea and economic benefits of “open house” fraternity parties at Plymouth. Paulette represented Kappa and was voted homecoming queen in 1971.

The couple continued through a somewhat long-distance relationship, with Wayne working for the Portsmouth, New Hampshire, Recreation Department, Paulette working summers on Block Island, and short visits before they would be back at “state.” After graduation Paulette went back to Long Island to teach and Wayne entered the medical device business in Boston. 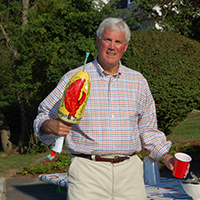 In retirement, both have successful second careers in real estate development and sales with Olde Port Properties in Portsmouth.Wayne is proud to currently serve on and contribute to the Plymouth State University President’s Advisory Council. The couple has lived in New Castle and Portsmouth for 44 years and are proud grandparents to three adorable little girls.