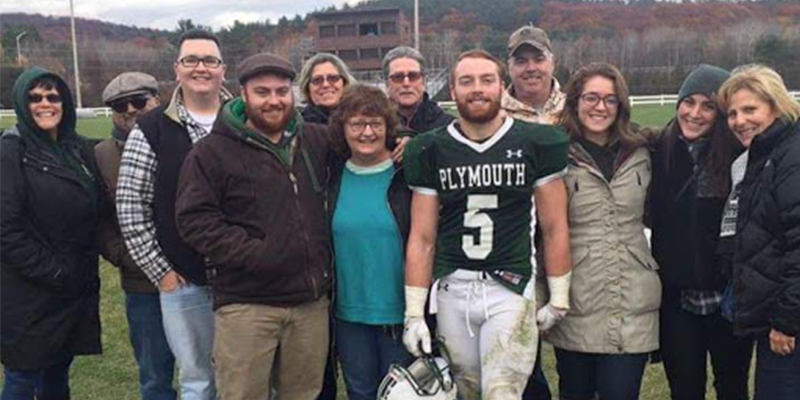 I traveled to PSU from my hometown of Dracut, MA, for the first time on a football recruiting tour in 2012. Immediately, I felt as though that I belonged at Plymouth State. The views from all over campus seemed to replay in my head for weeks after that initial visit. I was fortunate enough to be recruited for the football team and made my way to preseason camp in August of that year. 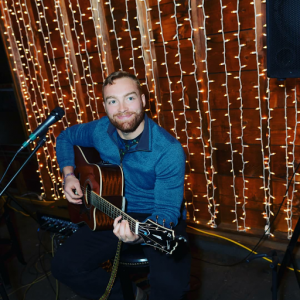 The ensuing flow of experiences have surely shaped me into the person that I am today. With an equal investment in both academics and athletics, I feel that I got the best of both worlds. The professors and coaches with whom I built relationships with taught me not only subject matter, but matters of character and virtue. As a physical education major, I had great hands-on learning opportunities during my student teaching internships. The staff in the Health and Human Performance department were always so supportive of each other’s goals, and it was that very support structure that made learning so enjoyable.

Outside of the academic experience, football provided me with an outlet to express myself through a different kind of competition. Coach Castonia and his staff made my four years at Plymouth State invaluable. The lessons that I learned on the field, in the weight room, film room, locker room, and beyond are ones that I will carry with me for life. I honestly can’t imagine a better experience than the one that I had as a student athlete at Plymouth.

Of course, at the foundation of it all were the relationships built and enjoyment shared—the house on North River Street, the long nights and early mornings, and the community I did it all with. Exit 25 will always be near and dear, which is why I entitled the song “Exit 25.” 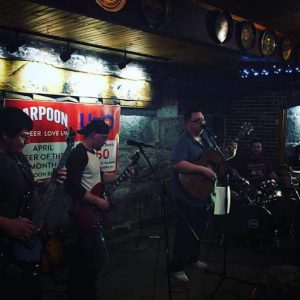 I must give credit where credit is due when it comes to the song: my roommates that really pushed me to write a song about Plymouth. I had always played with the idea, but when our senior year started winding down I decided it was time to sit down and take it seriously. It all came at once, sitting on a makeshift bench behind our house right alongside the Pemi. (I did a good deal of writing back there.) Writing the song seemed to more or less take care of itself, as I let the four years of memories drive my emotions behind the tune. I tried to keep it simple and it was my intent to make it very personal, knowing that anyone who had been a Plymouth State student could relate to it.

I remember the first time I played it in full for my close friends. They almost made me stop, because it was too much to take in that our time together was almost over. It just so happened at the time that my band, Mt. Pleasant, was finishing up our first album at a studio back in Massachusetts, so I took the opportunity to record the track professionally, less than two weeks after it was written. I am so thankful that this song got the exposure that it did, even being a year removed from its inception. Hearing the memories that it helped evoke for alumni of various generations is the greatest gift I could have received.