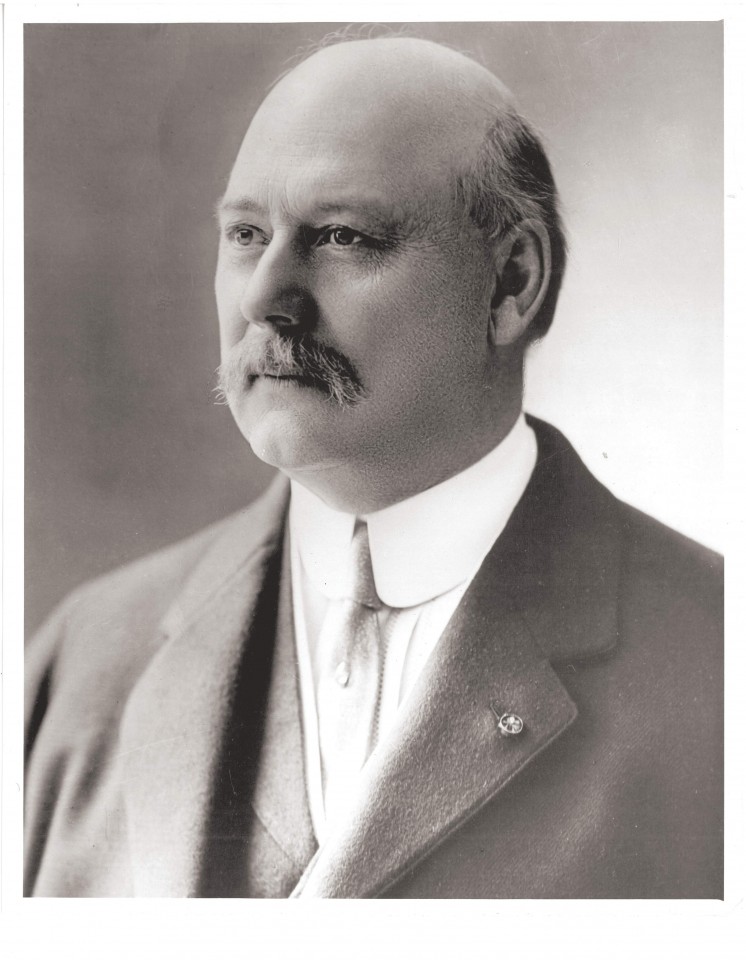 Yet the bill stalled in Congress. One more person was needed: John W. Weeks. Philip Ayres, along with the President of the Appalachian Mountain Club and the Secretary of the Massachusetts Forestry Association, met with the representatives from all of the New England states in Boston on Halloween in 1906. Weeks was then a freshman Congressman representing the 12th District of Massachusetts. More importantly, Weeks was a native of Lancaster in northern New Hampshire. He had an intimate knowledge of the White Mountains having grown up there, and he continued to spend summers in Lancaster. Weeks promised to promote the idea in Congress. In 1908, Congressman Weeks rewrote the national forest bill, combining forest preservation with watershed protection and fire control. He “organized a successful campaign in the House” where the bill had been repeatedly defeated.

In January 1911, the SPNHF issued “An Appeal” for public assistance to pass the “White Mountain Forest Bill” to insure final passage. “The Weeks Bill for national forests in the White Mountains and Southern Appalachians is not making the progress in Congress that is necessary if it is to pass at this session of Congress, or before the White Mountains are denuded far more severely than they now are. The Senate has passed this measure three times in different forms, but is now waiting for action by the House. The House that passed this bill a year ago, in the previous Congress, is now engrossed in other matters. Where are the New England Congressmen?” The public responded with a deluge of letters urging more aggressive action on the part of New England representatives. The House and Senate versions were reconciled shortly thereafter.

The Weeks Act became law when it was signed by President Taft on March 1, 1911 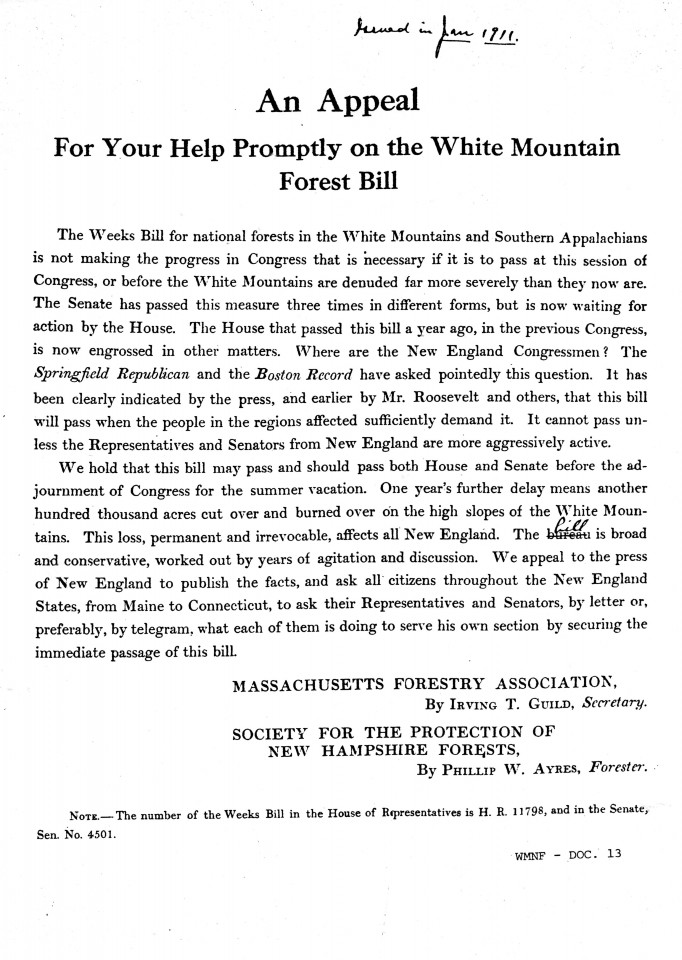 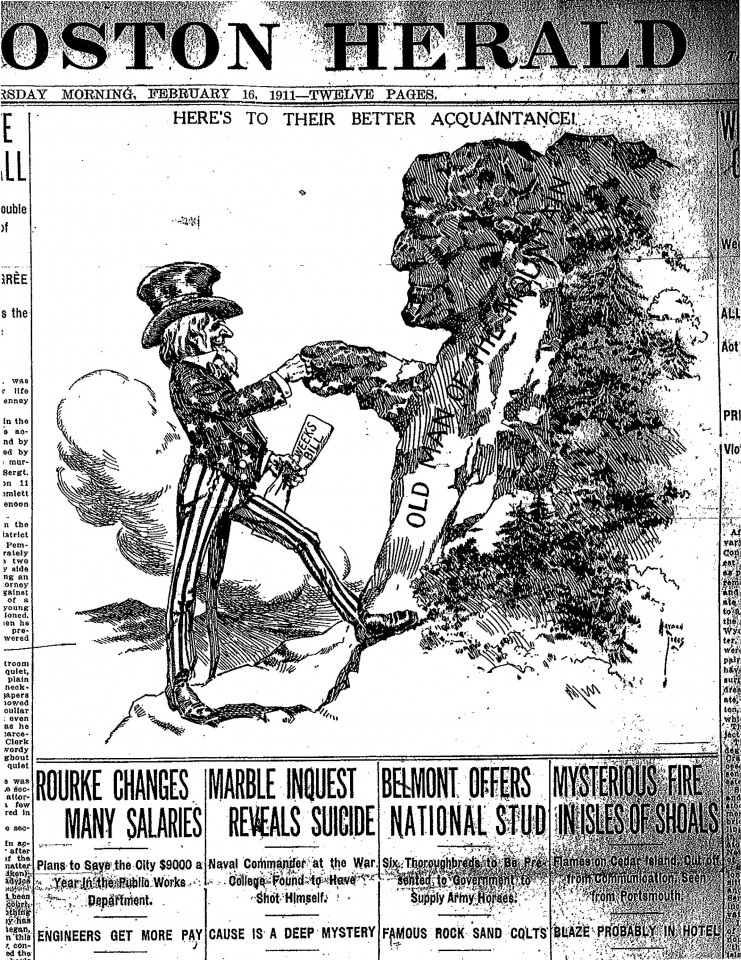