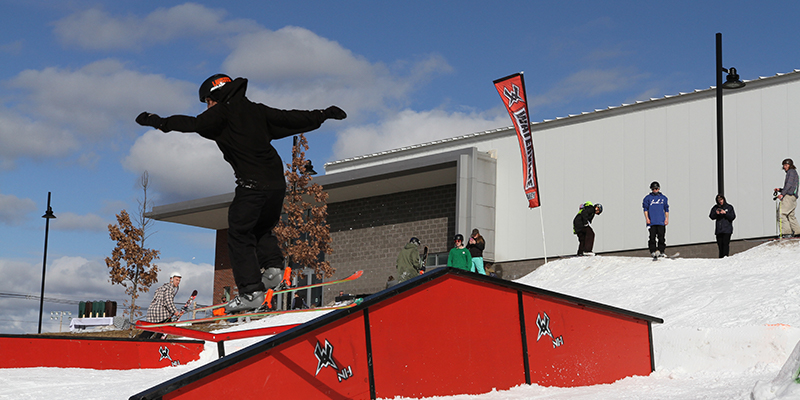 After December brought over four feet of snow and subzero temperatures to the White Mountains, the season is definitely in full swing for Plymouth State skiers and boarders. Many students found time between classes and studying for finals to shred some powder, and it definitely helps when Cannon, Loon, Ragged Mountain, and, Waterville Valley are all within a half hour of campus.

Plymouth State has always had many students who ski but it lacked a group that connected those who were really passionate about the freestyle aspect; those who rushed to Loon after a 1:00 class to get a few park laps in, stayed up late to session a backyard rail setup under the lights, hiked for lines in Tuckerman Ravine, or traveled across New England for events and competitions. The Freeski Club was started in 2015 to help bring these students together and has since grown to 30 members. Some of our events include a ski and snowboard swap, ski movie premieres, rail jams, preseason trampoline sessions, and weekend trips to mountains such as Jay Peak and Sugarloaf.

One of the largest annual club events is Rail Jam, which is run by The Marketing Associations of Plymouth State (M.A.P.S.) with help from the Freeski and Snowboard clubs. Rail Jam is one of the best attended events at Plymouth State each year; the last had over 75 competitors and an estimated crowd of 300 students.  This year’s “Get Jibby With It,” will have a ’90s theme, with costumes definitely encouraged. The event is set for Friday, February 16, 2 p.m., which wraps up activities scheduled for Winter Carnival Week. Even if you don’t plan to compete it is still worth coming down to the Ice Arena to watch; there will be food, music, a fire pit, and sponsor schwag.

Being involved in the Freeski Club as a first-year student and then becoming the president as a second-year has given me a ton of opportunities that I would probably not had otherwise. I have gained experience in planning events, managing a budget and requesting allocations, running social media accounts, and more. It is awesome how most of the clubs and student organizations at Plymouth State are small, close- knit groups, so it is easy to really get involved and make a difference rather than just being a name on a list.

Check out more on this year’s Rail Jam. 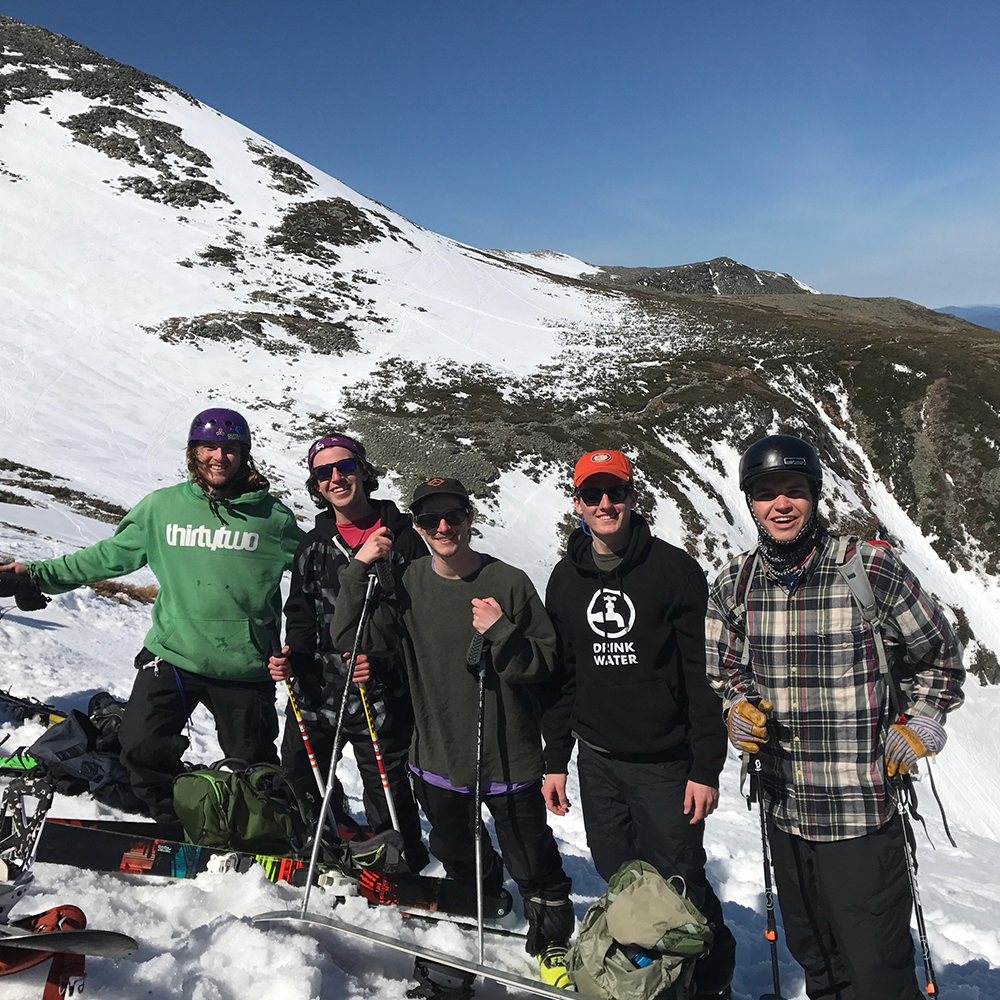 David Baird ’19 , originally from Princeton, Massachusetts, is a third-year student at Plymouth State earning his degree in marketing with a minor in sustainability. When he’s not on the mountain hiking or skiing, you can find him on the golf course.