It’s funny how things can kind of stay in the family.

Growing up, I used to go to the Children’s Hospital at Dartmouth (CHaD) because at a young age, my doctors found some health concerns. As the years went on, my family was involved with numerous events and volunteered as much as we could. You may have seen my little sister on the news during the “Battle of the Badges” baseball game fundraiser over the summer. CHaD has been so helpful to my entire family and has let us be part of many great events. 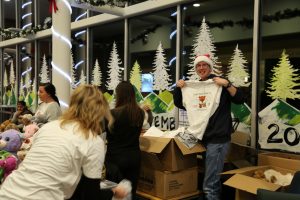 The Teddy Bear Toss was something that I had seen before at Manchester Monarchs games and heard about through friends, but was unable to help due to availability conflicts. When I signed on to join the Marketing Association of Plymouth State (MAPS) after getting a taste of what the organization did during the Spring semester last year, I knew this would be a very great event that I wanted to help with.  Going around Hanaway Rink, talking with families in attendance and explaining the concept, and giving them stuffed animals to toss onto the ice gave me a warm feeling. When you’re giving back to children who are battling a severe illness by going up to the hospital and giving them something to brighten their Christmas, just seeing them smile just makes it perfect. 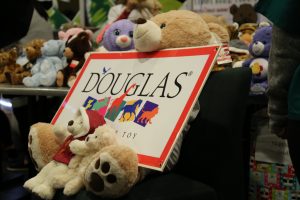 This event has helped me be more involved with Plymouth State. I always lend a hand to anyone who needs it whether they are moving, setting up for an event, or just to give people good advice or good directions. If you look at me, you’d see a nice guy who just likes to help people and put smiles on faces.

My tenure with MAPS has helped me grow as a professional and as a student. Both advisors and co-presidents have helped me talk to local businesses to ask potential sponsors to be part of events such as Rail Jam or the Teddy Bear Toss, and how to network with people. They have also gotten me involved in other great events around the community. 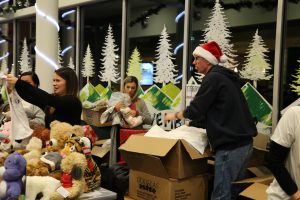 As I mentioned before, it’s always about making others feel good and putting smiles on people’s faces. After seeing the CHaD kids smile during both Teddy Bear Toss hockey games, the rest of the “MAPS Pack” celebrated our goal of 1,060 bears, which made it a perfect holiday. I was very honored to be part of this event and to be alongside several great people who helped reach this goal, while also bringing joy to kids who were going to have a beary merry Christmas. 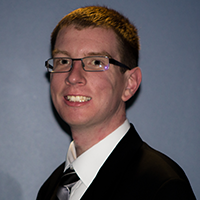 Gary Zirpolo ’19 is a Sports Management Major with a Minor in Communication. When he is not in the classroom or with MAPS, you can find him working behind the scenes at numerous athletic events or helping out the Pemi Baker Special Olympics team. He currently resides with his mom and little sister and has four guinea pigs.