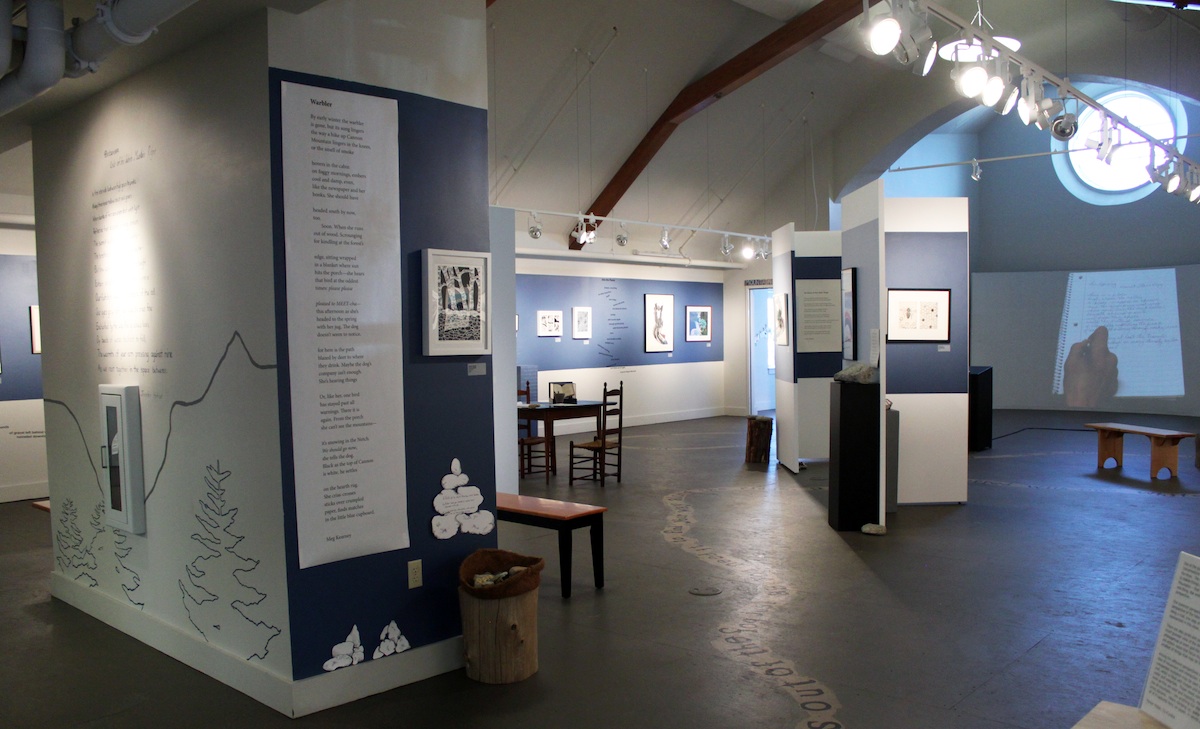 Liz Ahl, Co-Curator statement
We come to know the White Mountains as we come to know any place – through personal experience and through overlapping dimensions of geography, geology, ecology, history, humanity. In this exhibition and in this collection of poems, these dimensions are rendered in the transformational works of printmakers and poets.
Ink or pigment pressed or burned or rolled onto paper: a blazed trail to follow. Paper whose very fibers harbor ghosts of the logged North Country. These poems offer us granite and grief. They offer us the waters and the waitress. Storms and warblers and wanderers. Golfers and owls. Communion and solitude and the well-trod path strung between those poles.
These poems, individually and collectively, offer us a both a portrait of a place and a portal through which we might (re)experience it. As much as these poems will introduce newcomers to a fascinating and vital region, they will also grant even the most seasoned White Mountain “locals” fresh perspectives on familiar landscapes.
Great art in all media can do this – make that which is new or foreign familiar to us, and make that which is familiar new and strange to us again.

Parker Potter, Co-Curator statement
One of the great joys of hanging an art show is setting up “conversations” between and among the individual pieces in the show. The special joy in hanging this show was coming to realize things about the subject of the show — the White Mountains — that I hadn’t really thought about before. For one thing, the works in this show made me think about perspective.
One common perspective on the White Mountains is the perspective of the hiker, who experiences the mountains along a trail, one step at a time. That perspective is well represented in this show, occupying one whole wall.
There are also prints and poems in this show that take a much grander view of the White Mountains, from a philosophical or even god-like perspective. And then there are artistic views that focus much more closely on the smallest of things that may be found in the mountains.
Among the different perspectives represented here, is an idea of movement and interaction. Perhaps the most unexpected revelation may be seen on the opposite long wall, which is filled with images and poems that focus on water and waterfalls. Those views reinforce the idea that even as they are solid and imposing, the White Mountains — like all mountains — are anything but static; they are at all times dynamic. Hikers climbing up, water flowing down, and all of it captured here, on paper, in words and images.

This exhibit pairs contemporary professional New England regional poets and printmakers with PSU student work with the common theme of responding to the White Mountains as a place. 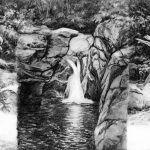 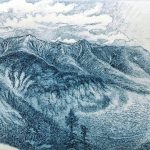 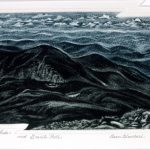 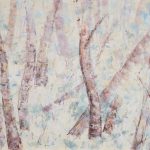 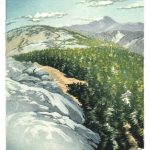 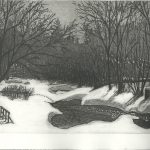 “The Brook in Winter,” Terry Downs. Etching and aquatint, 2016 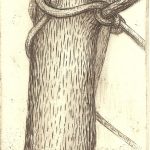 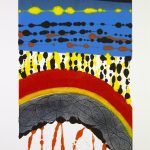 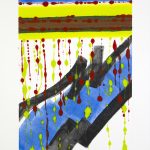 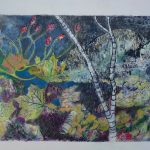 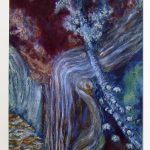 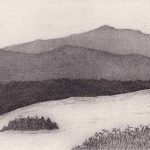 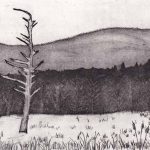 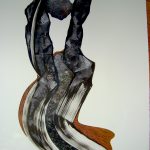 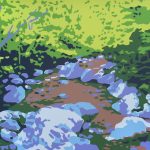 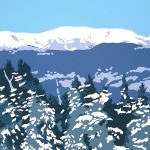 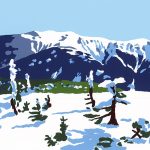 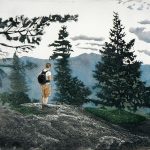 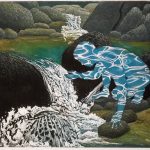 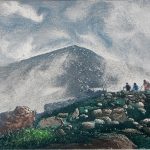 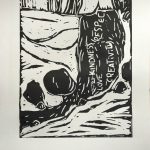 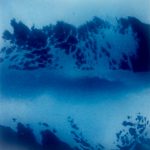 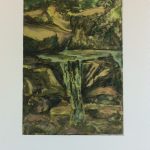 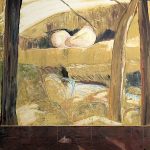 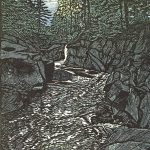 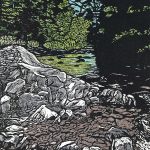 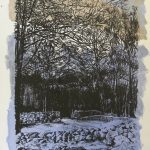 “Path in the Woods,” Jude Valentine. Lithograph and monprint on Arjomari paper, 2013 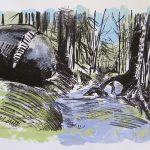 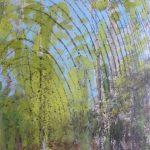 “Time in the Forest,” Jude Valentine. Monprint on Arjomari paper, 2016

The MWM is supported in part by a grant from the New Hampshire State Council on the Arts and the National Endowment for the Arts.